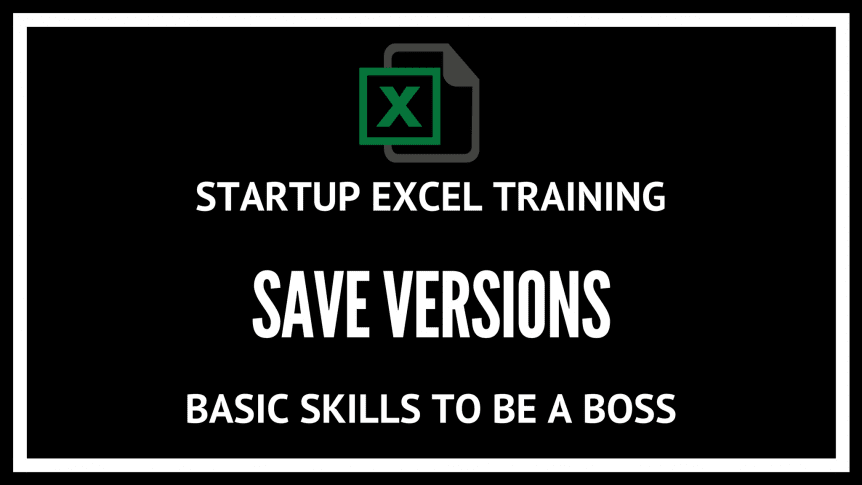 Do you want to see a grown woman cry… I have. I’ll tell you the story in a minute. This instalment is going to teach you the best practice in… wait for it… saving your model. You’re going to respond “I know how to press CTRL+S, dude” and I’m going to say you’re doing it wrong. Dude.

This is part of a series on excel model training focused on helping founders and investors to actually enjoy and get proficient in excel. It’s such an important skill to have, and there’s no excuse to not be able to do all the ‘advanced’ stuff, let alone the basics.

I was an Associate at Lazard and overseeing the Analysts is part of the job. One weekend, as f****** usual, I was working (FIG is the worst team to be in!) and a French analyst was too. She had to build some insurance comps for a Director and this Director also likes all sorts of abstract complicatedness. Yes, I made that word up. Deal with it.

And do you know what. In the whole time she was there she never saved the model. She didn’t save multiple versions of the model.

Literally, she worked on a model for 3 days straight and somehow never saved the excel file.

It was then that I heard a scream. And then the crying…

Yeah, Excel did it’s thing and threw an exception and her work was gone. All that was left was tears.

If you build enough models, and cry like a baby a few times, you’ll agree with me that this class is dope as shit. So do what you’re told and you’ll be way happier.

How do you save properly aka save multiple versions?

So what does this look like in the wild? Here are some screenshots from my computer.

Here is a real model for an enterprise fundraising I did… it went up to v.79 😉 When you drastically change a model, having commentary is really useful! Haha, look at the first comment. I made the model a lot simpler… hence the bonfire. 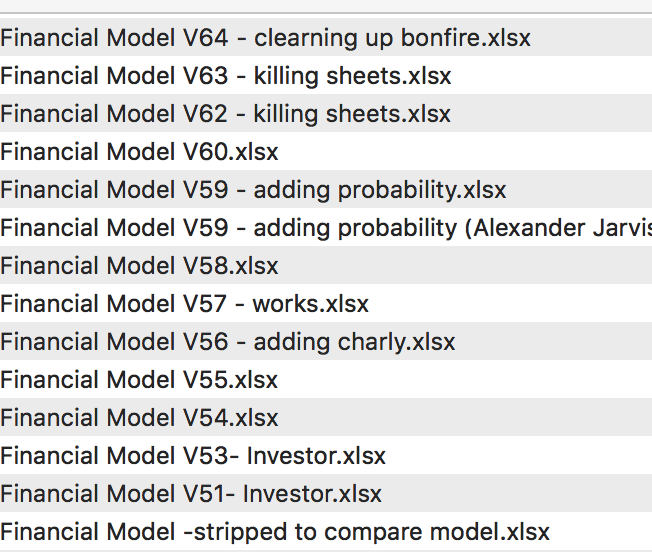 This is a real example of building the 50Folds SaaS model. Commenting is something I need to get better at, but I only came up with the idea after I started learning Python recently. Save multiple versions! 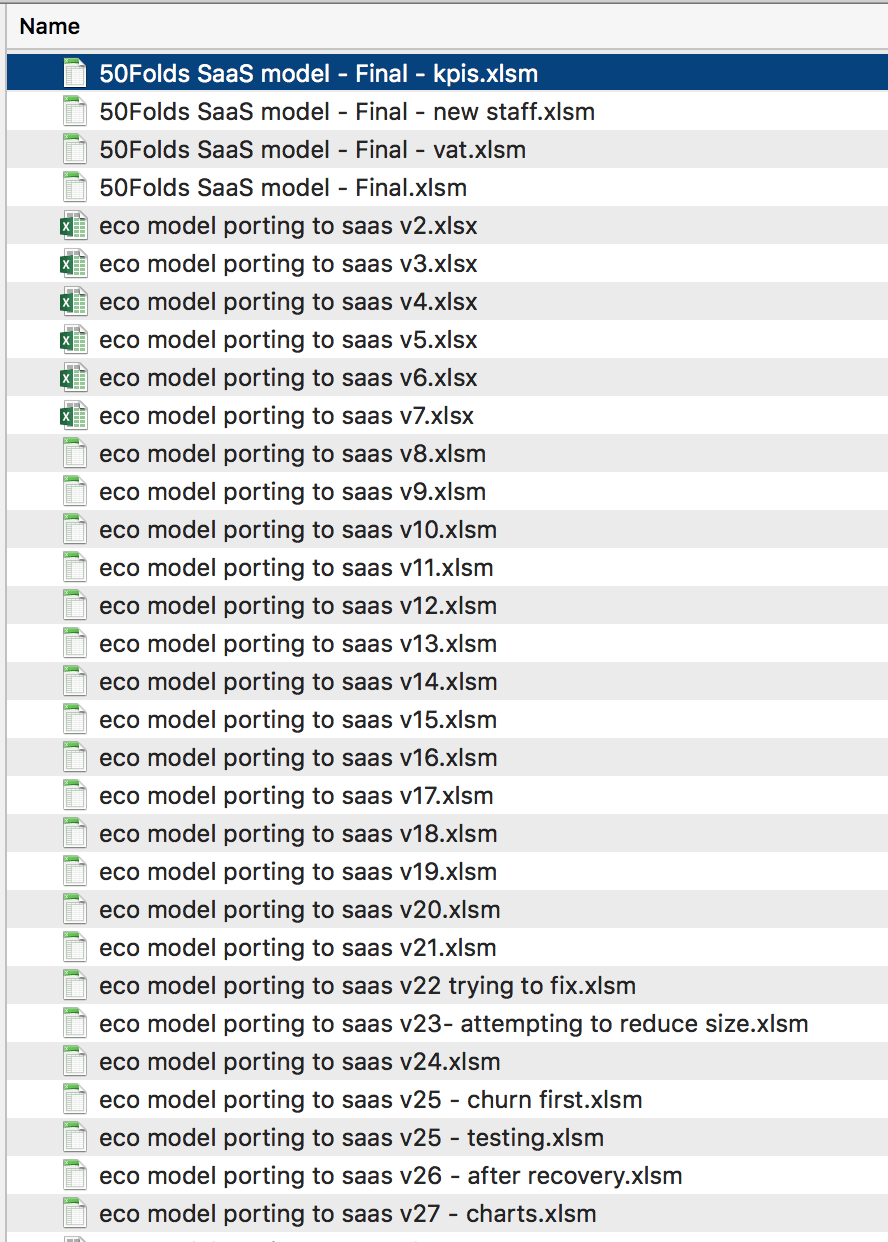