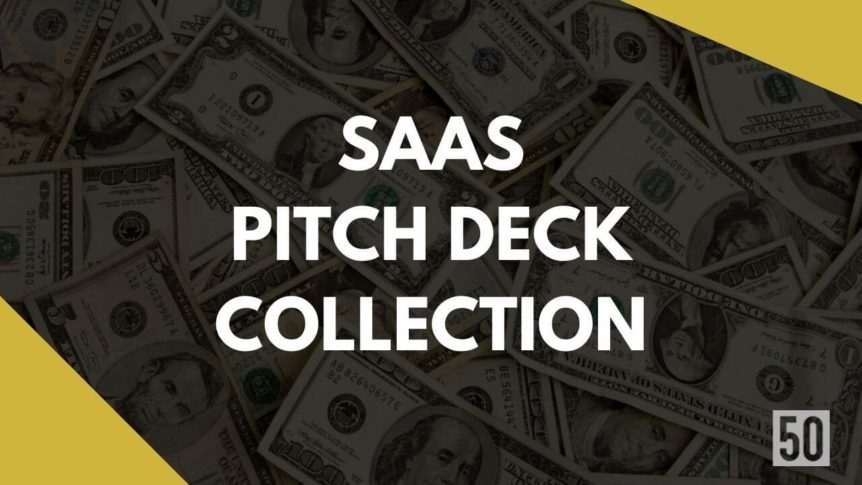 Looking to raise for your SaaS startup? Wondering what the best decks look like? Here are all the SaaS decks you should be taking notes from.

If you want to check out the full pitch deck collection, head over here.

This is the Buffer pitch deck used to raise their $3.5m series-a. Buffer helps users share social media content by scheduling online posts throughout the day.

The deck is very basic and simple but it covers the basics. There’s not much in the way of design. 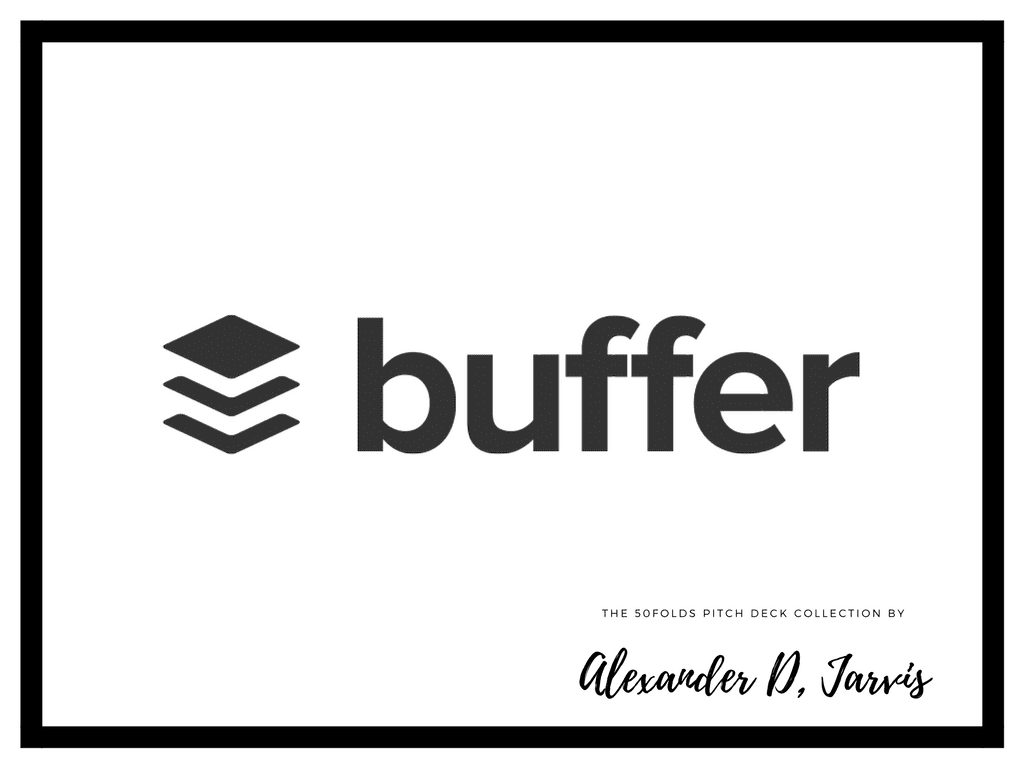 This is the Canva pitch deck used to raise a $6.6M seed round. Well, after many tries. Canva is incredibly simple to use online design platform that is making design accessible to the 99.7% of internet users that don’t own or can’t use the Adobe products. It integrates a full stock photography library, vector library, font library, and layout library into a drag and drop design tool which enables everyone to create incredible designs for web and print.

The deck is ok, but I find it a little hard to follow. They spent a lot of time figuring out how to do their deck and now it feels a little over-engineered.

This is the Carta pitch deck to raise $150m series-D in 2019. Carta is building a global ownership management platform to help companies, investors, and employees manage their equity.

The content on the slides is a little sparse, but it’s generally a quality deck. 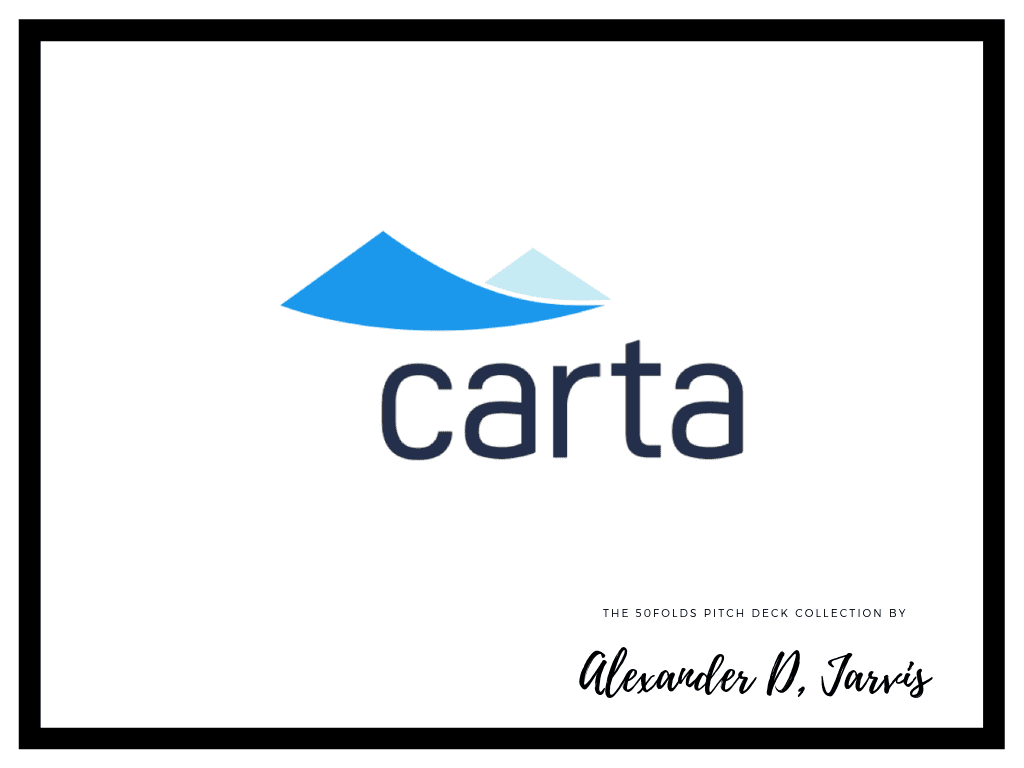 The Dropbox pitch deck is 17 slides in total. People often reference founders should have a deck of around 10 slides, that just barely holds up in reality.

The deck isn’t amazing, but it’s solid. The appearance is pretty utilitarian but it communicates the information. With decks, you want to focus on the content and the story more than the design. The design adds a lot of credibility of course, but it doesn’t matter if your goal is to get a check and you don’t have the content. 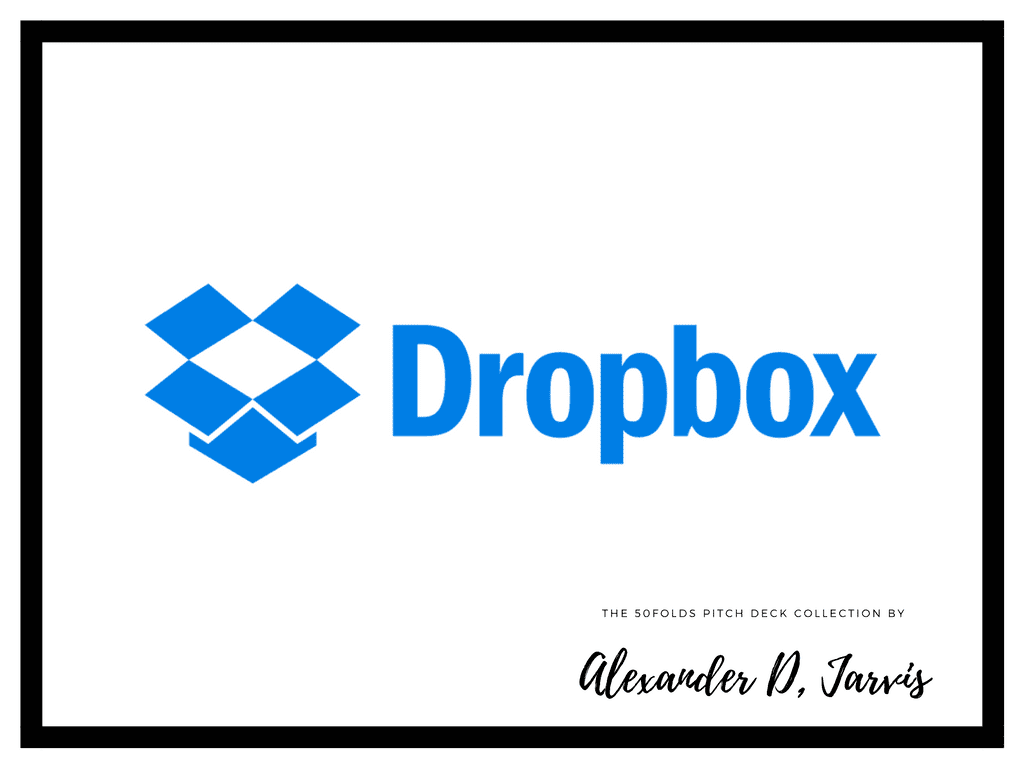 This deck is far longer than normal. It’s something I would write? Despite preaching short decks, I tend to like to write longer decks and tell a compelling story. This is something they have done. The core part of the deck is 23 pages. The total is 41

The flow of the deck is not standard at all. They don’t explicitly have a ‘problem’ then a ‘solution.’ They get straight into the product and answer a series of questions that they expect investors to ask. In short, I have a bit of a nerd crush on their deck 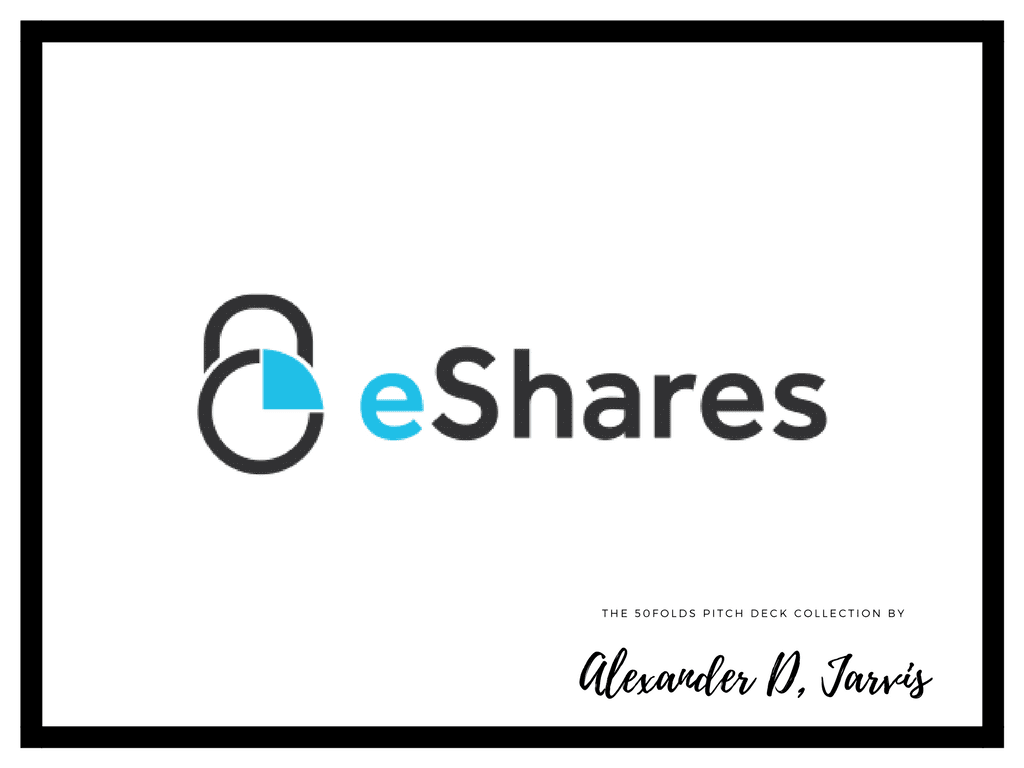 Here’s the slide deck the Front team used to raise its $10 million Series A round in 2016.

This is generally regarded as the best SaaS deck around. They do a lot right. Sure, it can be better, but they raised so who cares. 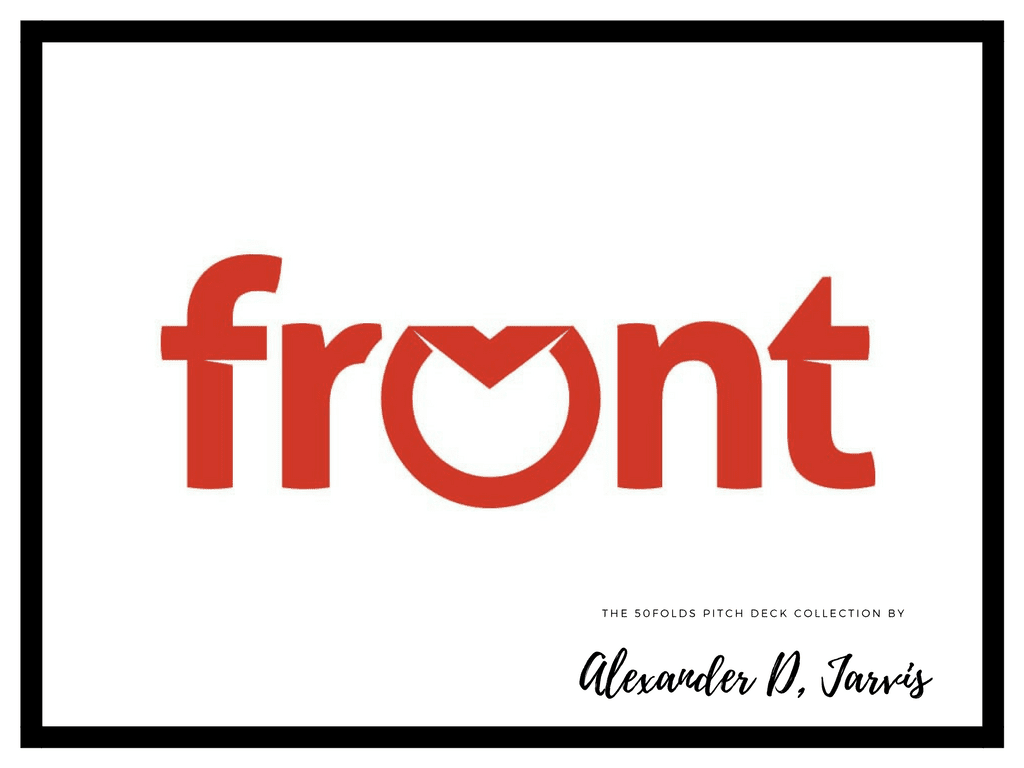 They also shared their series-b deck. If you are going to read any SaaS decks,  I recommend the Front ones. 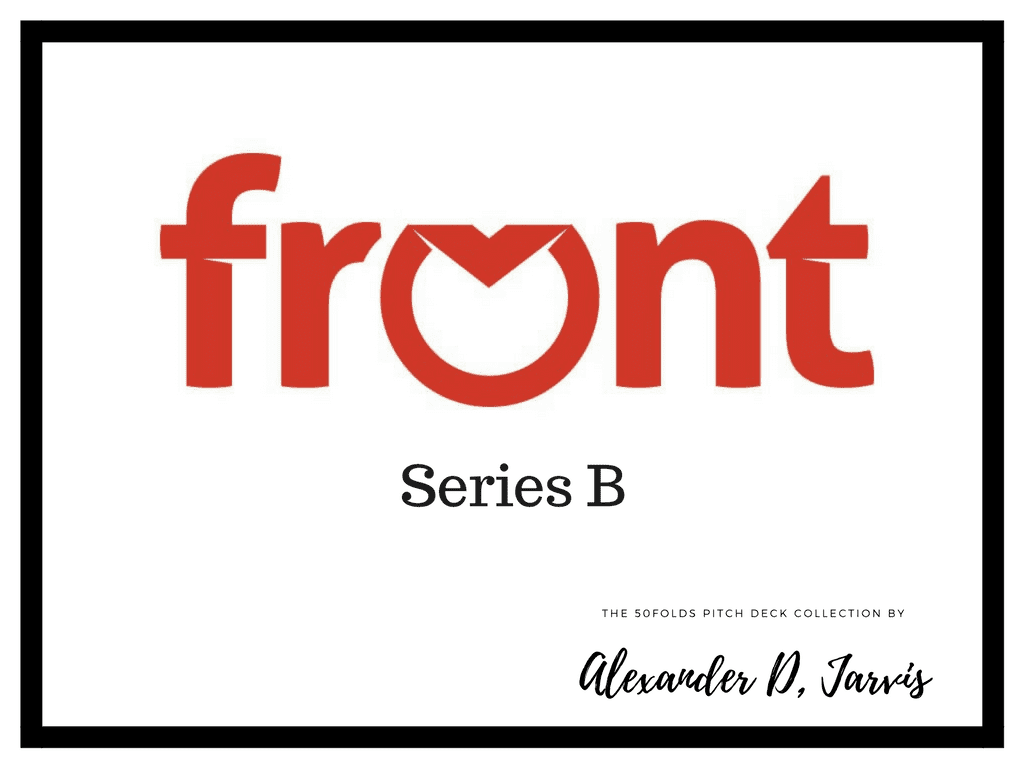 This is the Mattermark pitch deck to raise their series-A. Mattermark is where big data and machine learning bring science to the art of dealmaking. They were acquired by FullContact in less than ideal circumstances.

The deck is designed quite cleanly. They spend quite some time talking about the problem. It’s very heavy on metrics.

The deck doesn’t really flow, so my guess is it was really designed to be talked through in person. 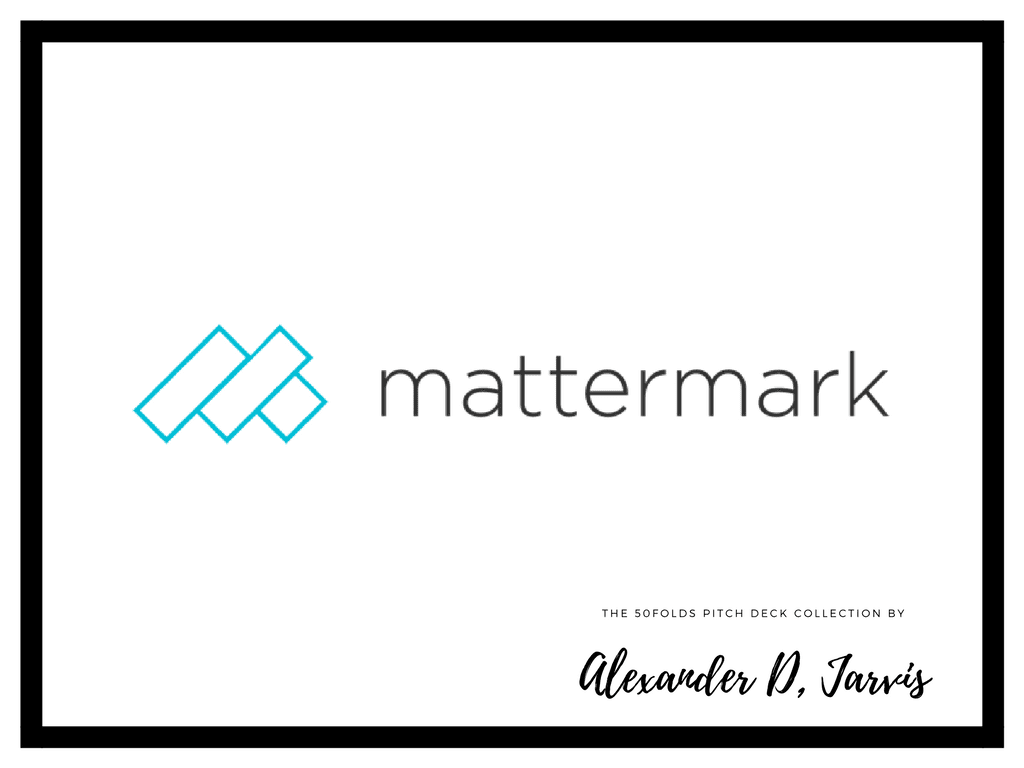 This is the Mixpanel pitch deck to raise their series-B round for $65m from a16z in 2014. Mixpanel is the most advanced analytics platform for mobile & web. It helps businesses grow by helping them understand how their users behave and use their products by tracking actions people take rather than page views. Mixpanel’s mission is to help the world learn from its data.

For a later stage round, this is very basic and shows more metrics (that earlier stage companies don’t have). The deck is highly clean and minimalist. I read one person Twitter describe it and the founder as ‘arrogant’ but I don’t really get that. Goes to show that with metrics you don’t need a 40 page deck. 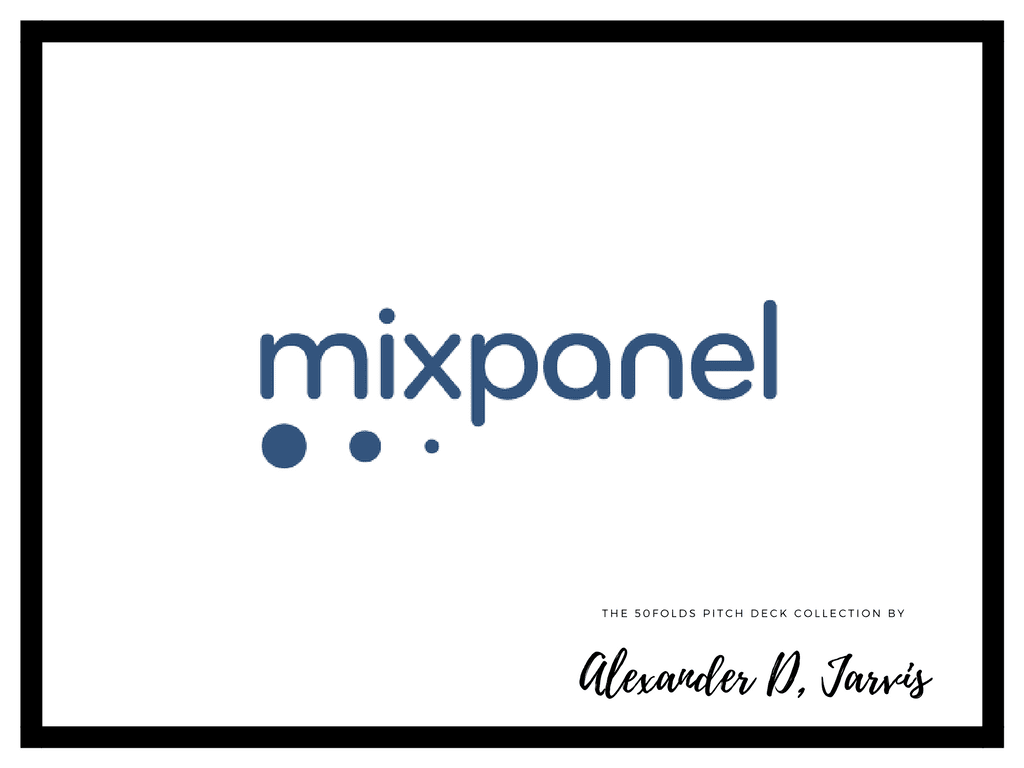 This is the Moz pitch deck for their series-B fundraise (Originally called SEOMoz) with which they raised $18m.Moz provides analytics software to track all of a website’s inbound marketing efforts—search marketing, link building, social media, and brand mentions—on one platform. Their CEO Rand Fishkin just quit starting a new company.

The deck is ‘colourful’. It’s pretty ugly but it gets the point across. Each slide’s header explains the content which I like a lot. At 37 slides, it’s definitely one of the longer decks around. 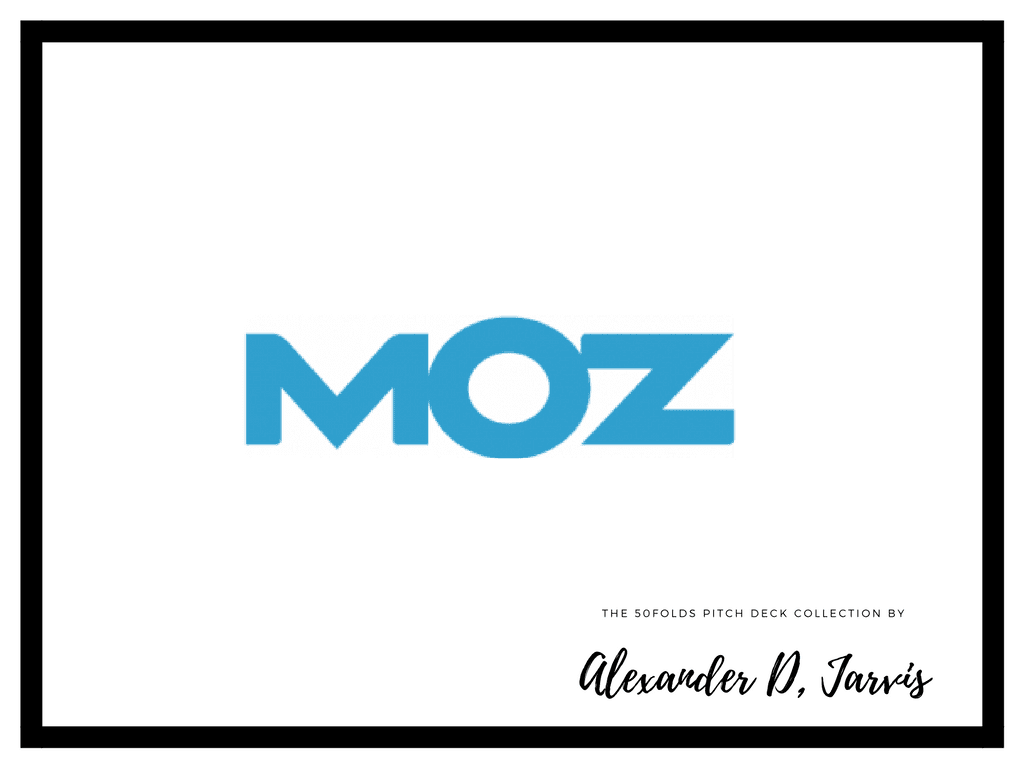 It’s one of the only professionally designed decks around. 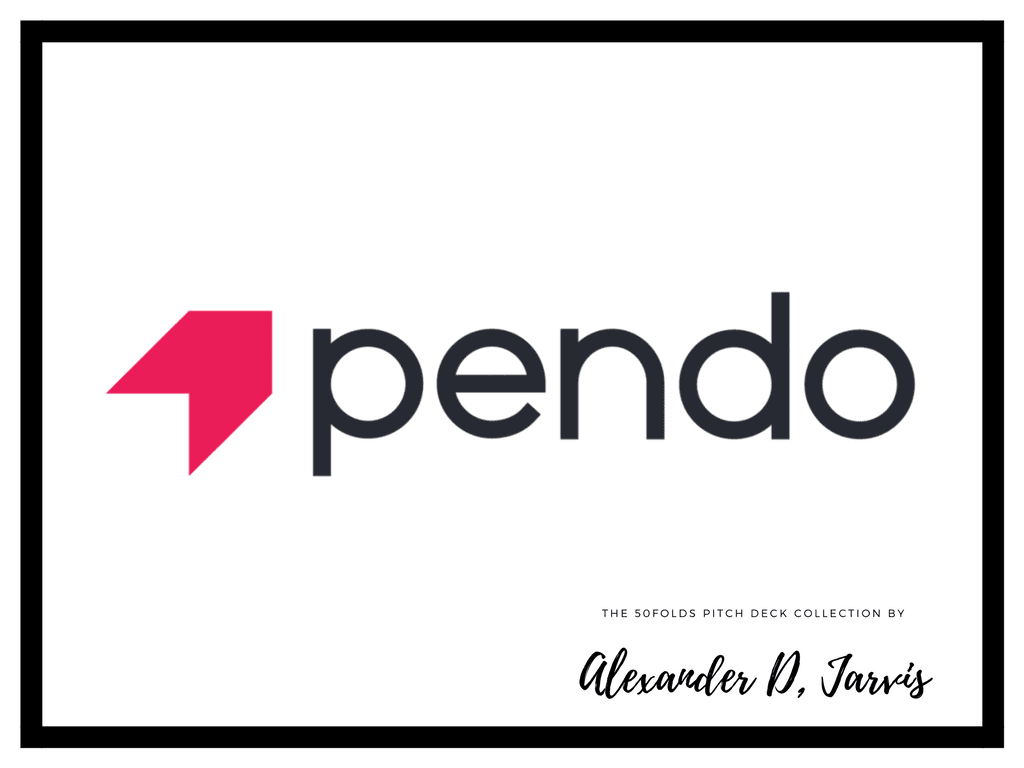 This is the Predictive Index pitch deck to raise their growth round in 2019. The round was led by General Catalyst.

The Predictive Index offers tests that allow companies to assess the personalities of their executives/employees. The tests, distributed through a network of partners (They grew the network from 47 to 160 partners), are designed to be used to help companies hire the people whose personalities best fit their culture or needs.

This deck is very strong in a number of ways, but it is also a little hard to follow and requires the reader to invest some time.

It is very apparent that the team really know their business and are smart. They probably were consultants. They generally structure their thoughts in a fantastic manner and insert cogent points. There is certainly a lot to learn. 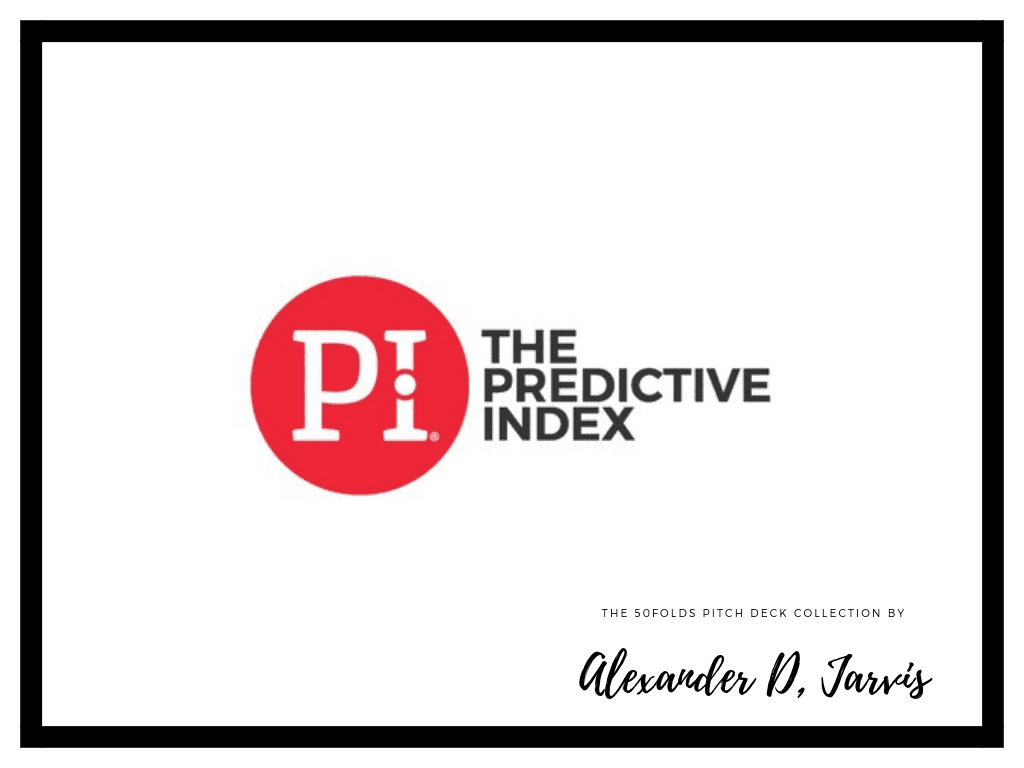 This is the SmartRecruiters pitch deck to raise their $50m series-D in 2019. SmartRecruiters is an end-to-end recruiting platform to find, engage, and hire great talent.

There are some things to learn from their deck. It’s a little dense, but you can see how much thought has been put into each slide. 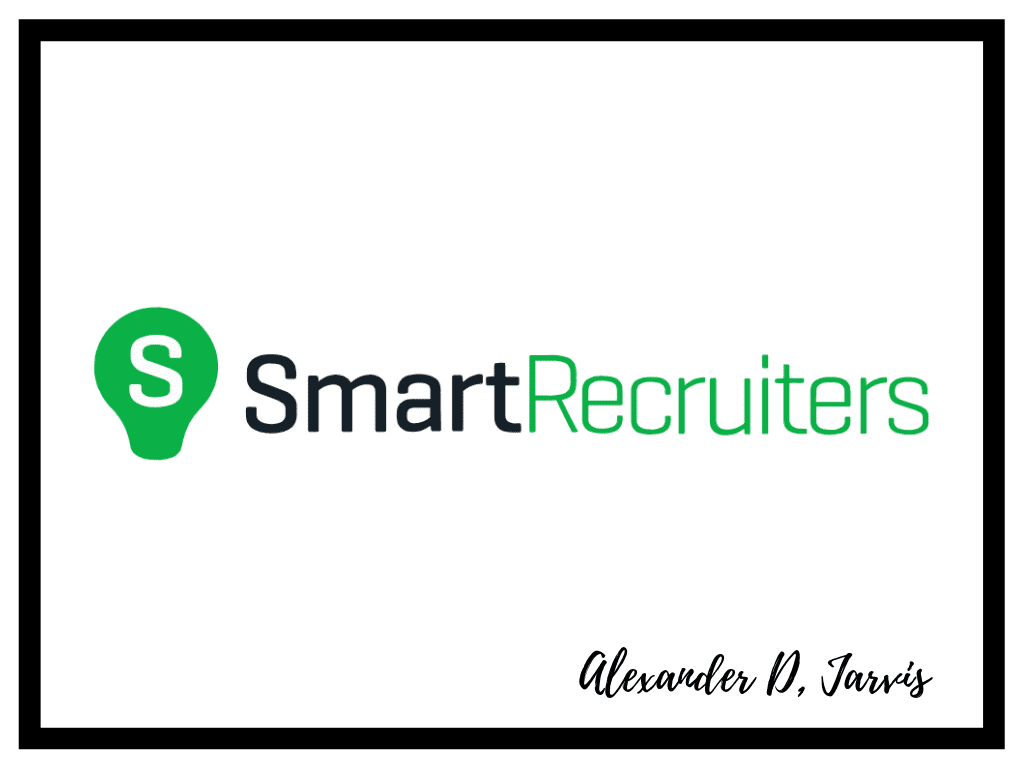 This is the Smart Host pitch deck used to raise a $100k convertible note angel round. Smart Host helps property managers and landlords make more money through data analytics, from vacation rentals to long-term leases. It also provides alerts when prices are changing in the listings, and information related to price trends.

The deck is fairly decent. It follows a lot of best practice in design. For an angel stage startup, it’s one of the best I’ve seen. 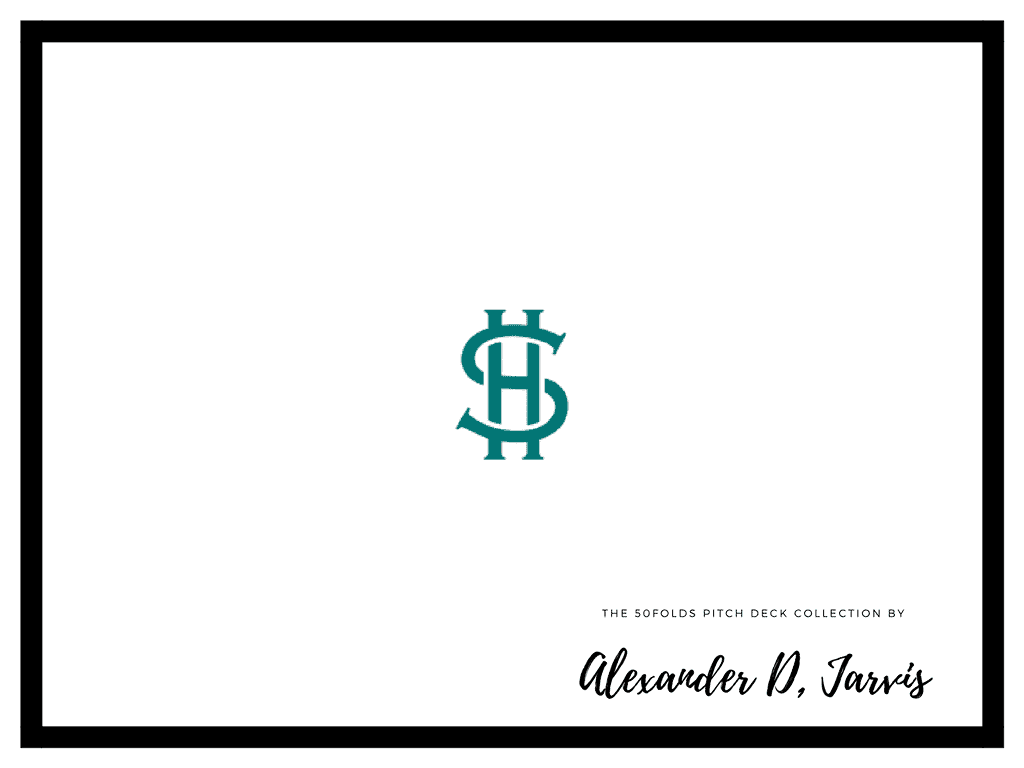 This is the Talkdesk pitch deck used to raise their $3.15m seed round from Storm Ventures. They had raised $400k previously.

This isn’t the best deck ever, but it’s worth a look. 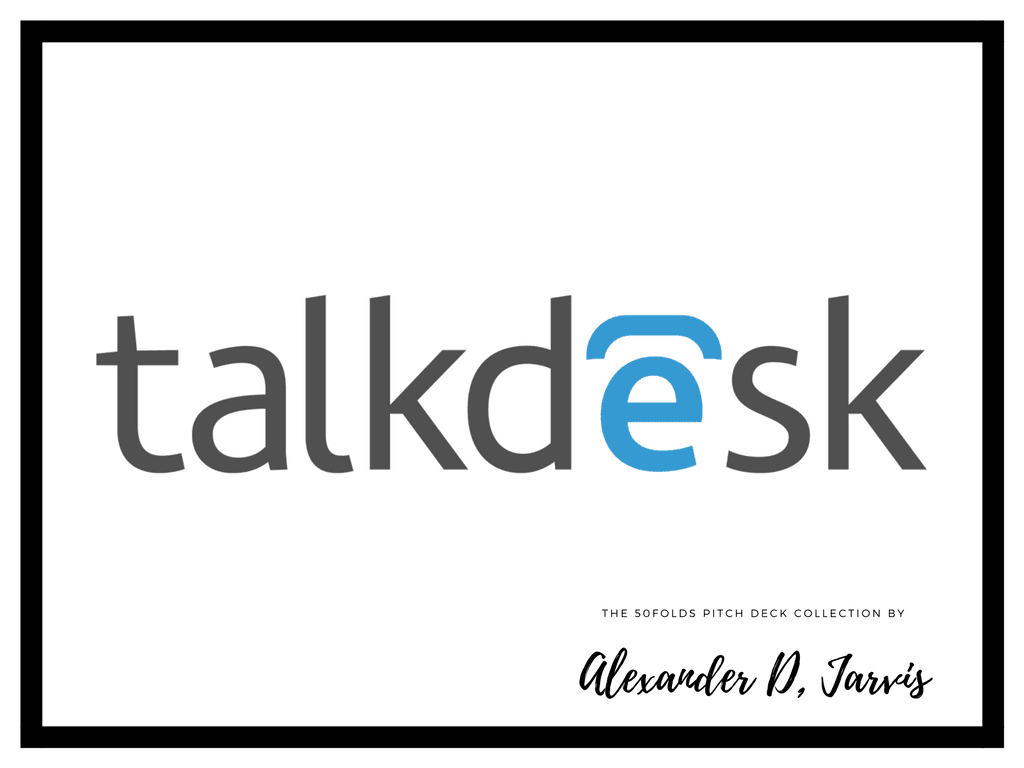 This is the 6Wunderkinder (The parent of Wunderlist) pitch deck used to raise $19m series-B. They used these eleven slides, in 2013 to attract Sequoia and Atomico.

I don’t know if you would strictly call this SaaS, it’s sort of more than an app, but it’s a nice deck. The deck is simple and quality. It goes to show that you don’t need a massive complicated deck if you have growth and numbers! 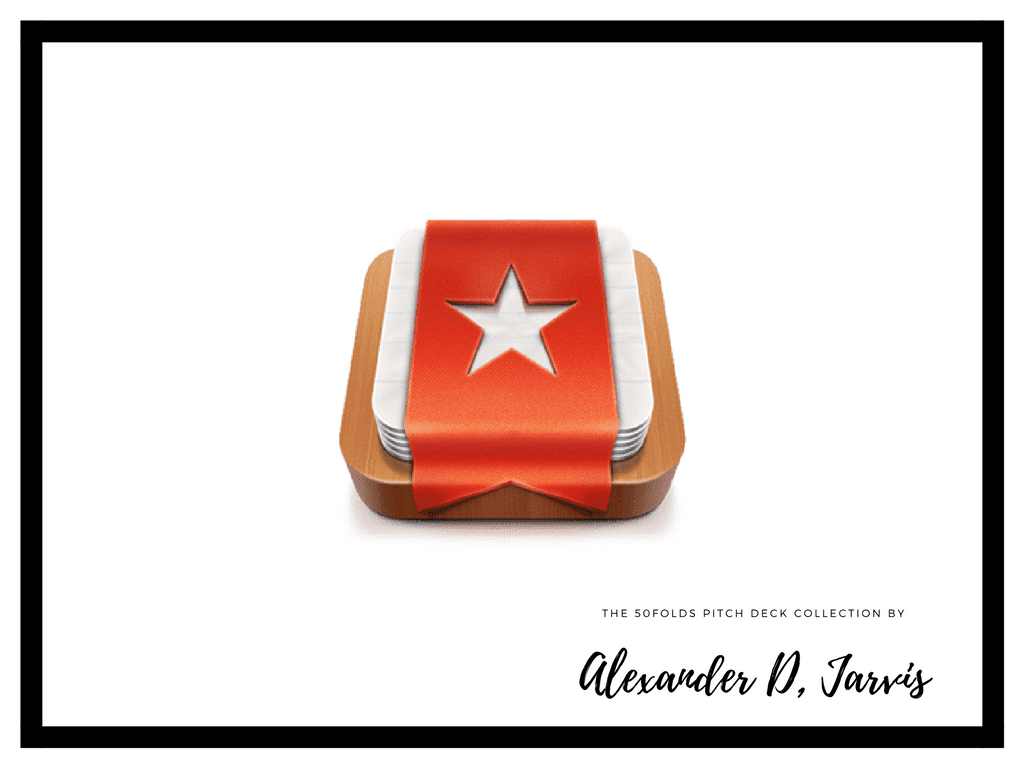 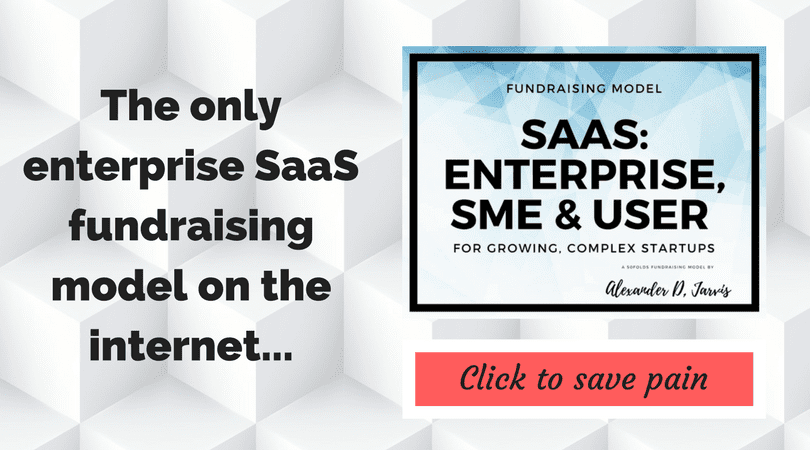