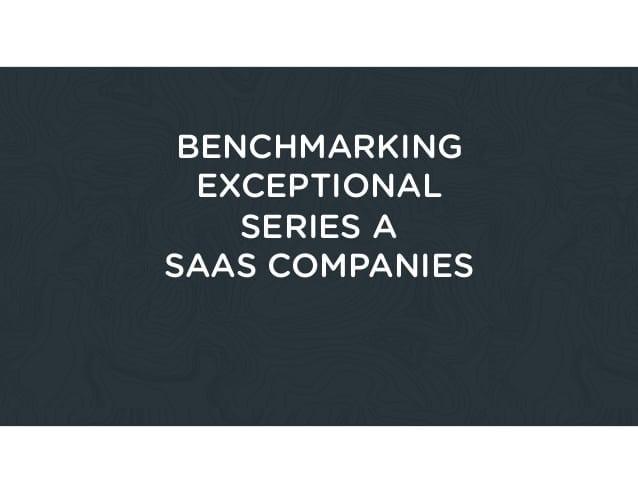 If you are in the SaaS startups game, by now you should have come across Tomasz Tunguz of Redpoint. He is known (at least to me) for nerding out on data and turning it out into nice blogs with R graphs (Which I have failed to learn.. yet).

At SaaStr 2016 he presented an analysis of the ‘exceptional’, fast-growing SaaS companies over the preceding 3 years. In particular, he benchmarked the revenue, growth rates and fundraising size characteristics of them at Series A. There are some great insights and heuristics to take note of. I highly recommend reading his original post.


Get in the game