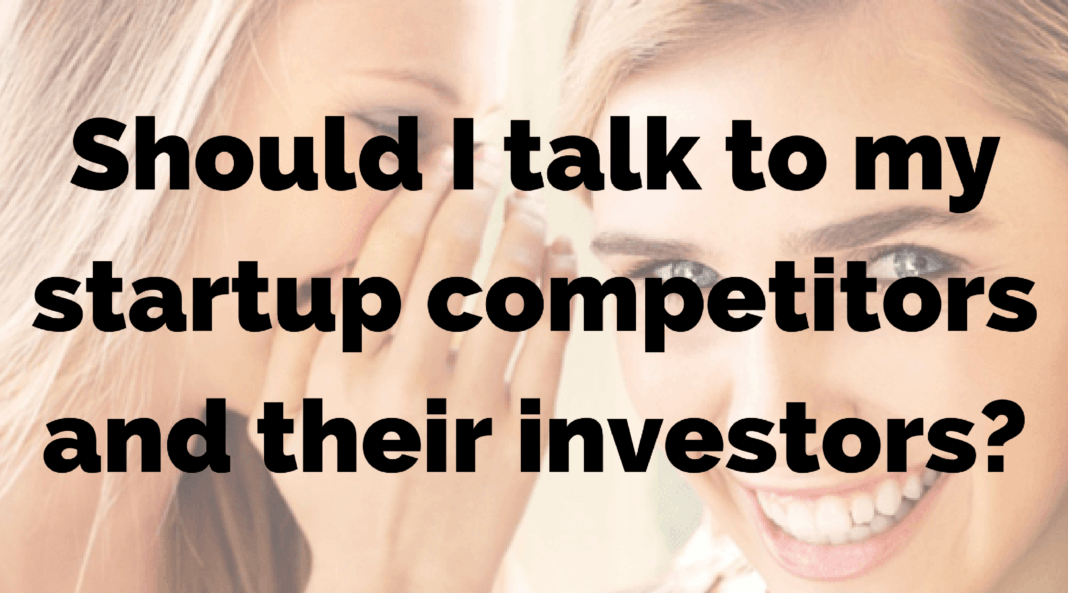 One of your startup competitors added you on LinkedIn. Maybe a top investor of a company competition found your email and sent you a cold email. They want to meet you. Crap. What do you do? Should you meet them or not?

This is no doubt a scenario that will inevitably happen to each and every founder who starts getting noticed for the first time, once.

tl;dr – You should know all your company competition and the investors in your space. It’s good to have frenemies. Just be careful about what you say.

The time I learned to talk to company competition

I remember in the early days when we set up Delivery Hero I was shooting the breeze, chatting business with the CEO, Niklas who mentioned he was having meetings with the CEO of Just Eat. I thought it was funny he was doing so. I couldn’t understand why that made sense? He told me it was normal and everyone does it.

After that chat, I started doing the same. I added the founders of all our local competition and set up meetings. I didn’t know WTF I was doing, but it was a learning experience. I recommend doing the same. Only, read this first so you don’t figure everything out yourself.

Who is your company competition? I wager the top one is you messing up

I reach out to all competitors, tangential or not. I like people and I love learning. I’m not dumb enough to share ‘special sauce’ but also, even if I did, would that really change anything? Execution is so hard, if you were given the step-by-step playbook you would probably still fail. Uber has a ‘playbook’ to launch new cities. If I gave it to you, would you beat Uber in a city? No. You don’t have the funding, access to talent, the tech, the brand etc. Taking the resource dependence theory of the firm; you simply don’t have the resources.

Startups are rarely each others competitors

I once reached out to one competitor and he responded to me with a point I really like: “Startups are rarely each other competitors.” It’s concurrently dramatically simple and profound.

In most cases, your chief company competitions are twofold:v

There are also two kinds of companies:

In any case you can only learn by talking to your startup competitors. You are either too small to matter, or too big to care!

Reasons to meet company competition and their investors

I just discussed why you don’t matter and that you have the potential to learn by meeting people. But why exactly is that? Let’s go through the reasons:

Things to note about managing the conversation with startup competitors

So hopefully it makes sense to take meetings and to also instigate them. But what happens once you are there? Here are some tips: