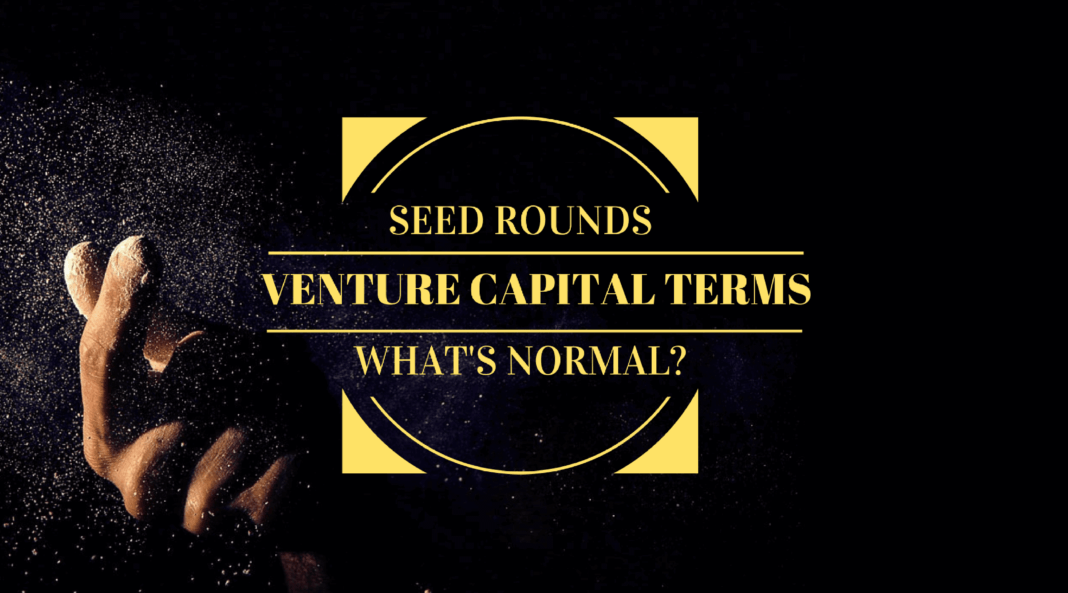 Fortunately I found a report that was done 2015 in the United States (obviously) by a law firm that specializes in venture capital. For early stage deals the numbers are pretty good. They don’t have numbers for everything, so Fenwick & West have a quarterly report for later stage deals. When I reference later stage deals, I am referencing this.

In it you can see what venture capital terms are standard for:

So next time an investor tells you what terms are standard, check this out and call BS if needed. I have seen the most egregious term sheets from private equity

investors who will say “trust me, I know what I am doing.” 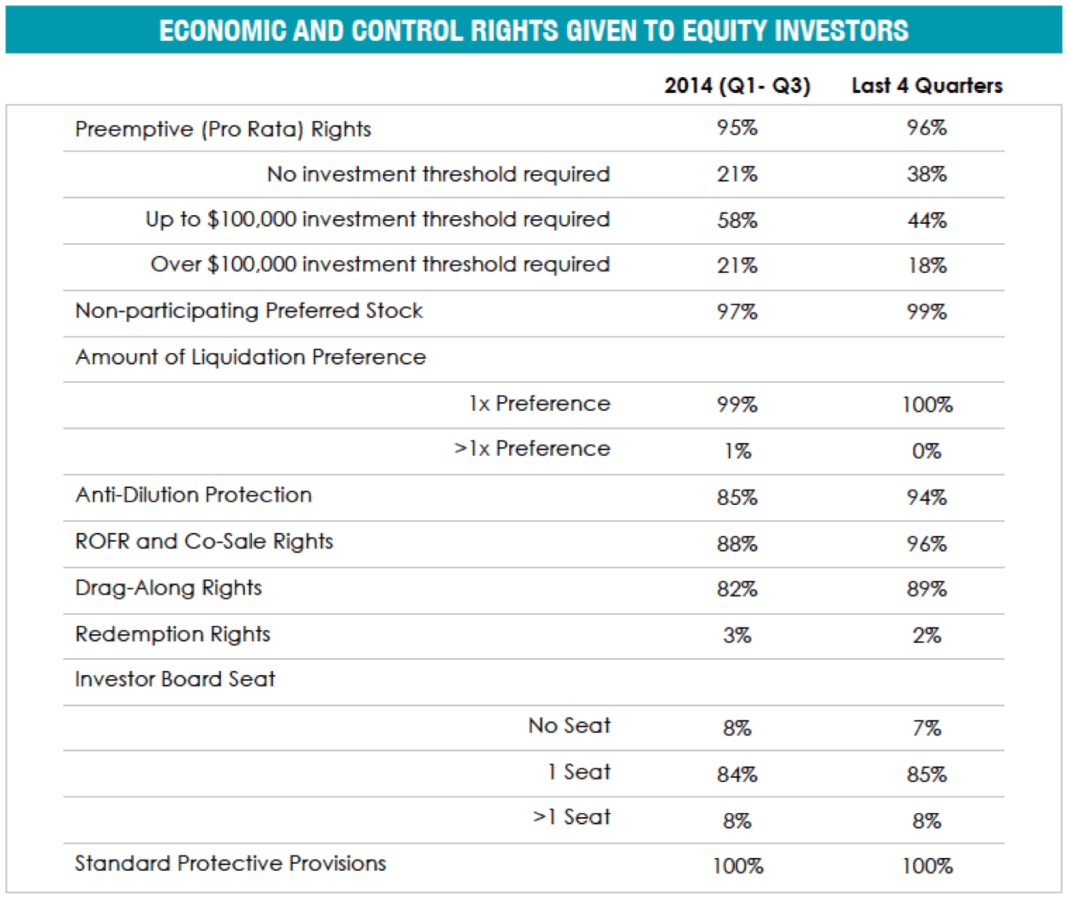 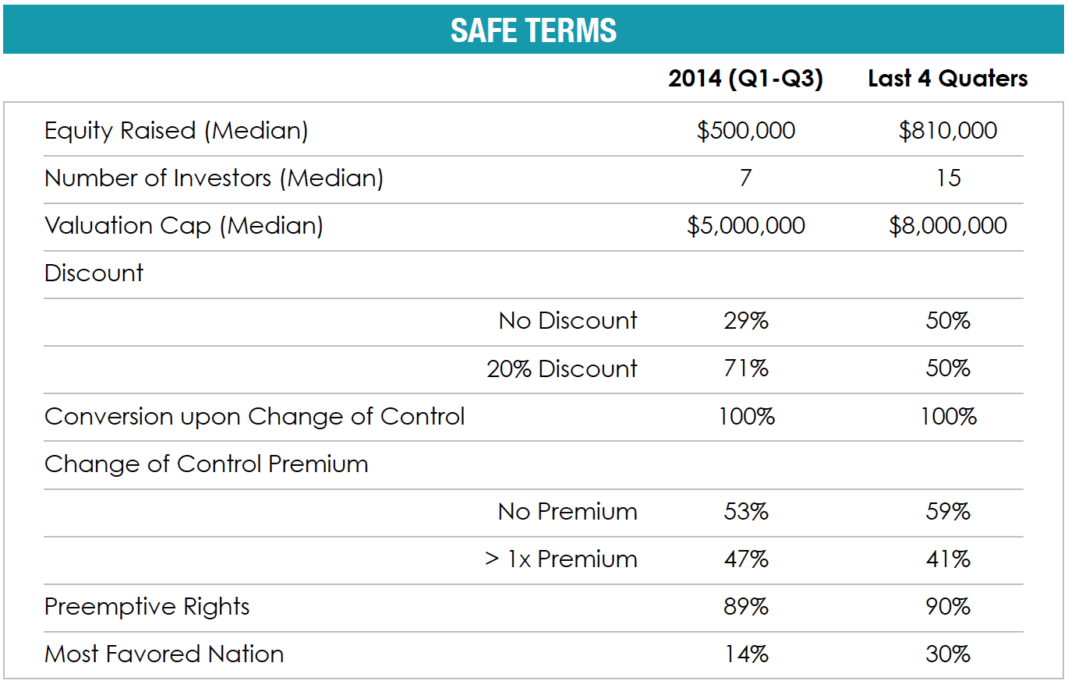