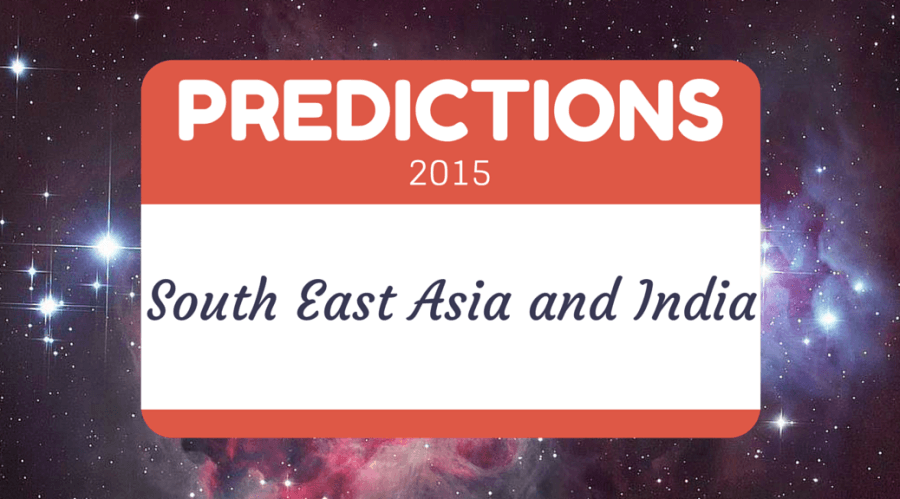 As we commence 2015, I thought to pull together some thoughts on what we can expect to see in the coming year in investments and startups in South East Asia. The ecosystem is getting pretty exciting and we are definitively still at Day 1- it is all to play for.

In summary, divided by category are my predictions: (TL;DR)

Now diving into my bullet points (I’ll keep this short):

More foreign investors enter the market: Continued foreign investment from Japan, move from the Chinese and nascent interest from US and EU

Japanese money will continue to pour into region

Chinese will start dipping their toes in the region

US and EU investors will dip their toes into the market, but not in a large way and only as followers

Funds that announced new funds will actually close and be investable

Series A investments will still be limited due to availability

Corporates will continue to be more interested in startup scene

Seed valuations for great companies/founders will increase, as will the amount raised

Continue to be small exits

Introduction of ASEAN but no obvious benefit

Struggling startups will complain there is a Series-A crunch

What does your crystal ball say? Let me know in the comments.