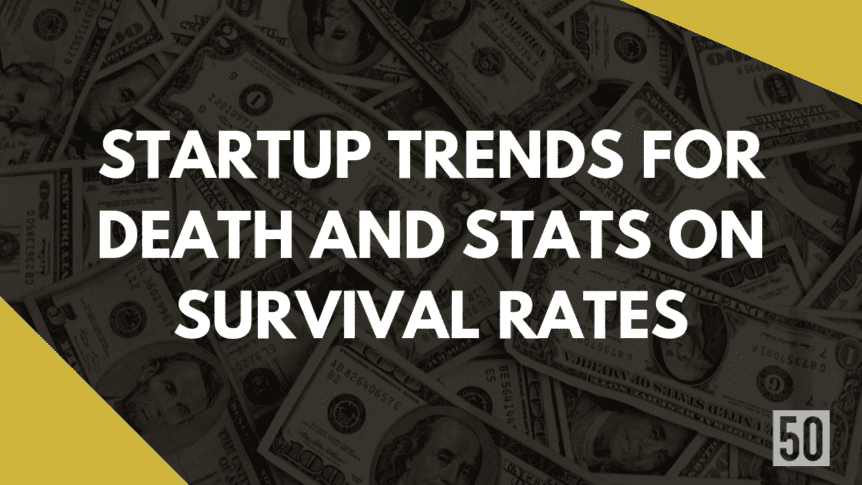 TL:DR: An analysis of startup trends and how startups survive over time

CBInsights have an interesting post on startup survival, in which they report on their analysis of startups that entered the deadpool between 2010 and 2013 to see what they could uncover about startup survival and mortality.

It’s important to note though that this is reported dead. There are a lot of zombies- walking dead around, and since success is reported on the most, there isn’t a great deal of information around on the reality of startup- failure!

The key findings on startup survival

Companies typically die around ~20 months after their last financing round and after having raised $1.3m. Companies in the social industry saw the highest of number of startup failures in the period in question. 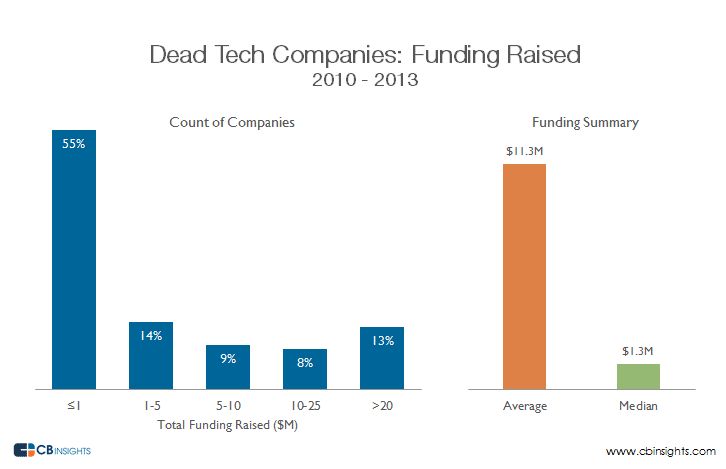 Startups survive 20 months on average after raising investment before shuttering 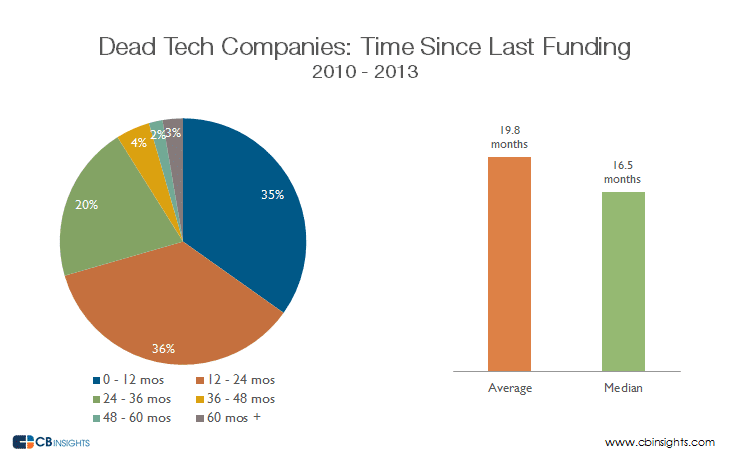