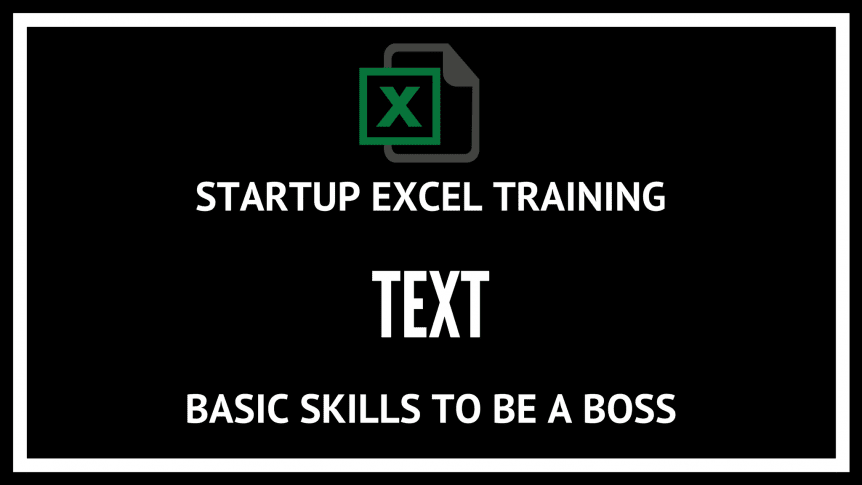 What’s the point of the TEXT?

In our last class we stuck stuff together using & (ampersand). I alluded to making stuff a bit prettier by including something called TEXT in a GIF so that dates would show.

Since we only stuck stuff together, it was ugly. This class you will do the exercise again but everything is going to look awesome.

Text basically allows you to make the stuff you stick together in a text string to look as god intended.
Let’s say you join the 3 comma club and you want to show the 2 billion, or 2000 million since that sounds like more money. Wait, one of the commas was just missing. Can’t have that. See below how we show the comma in the number.

Now, let’s say you want to get more fancy… but now you’re thinking crap, do I really have to learn how to do all these nerdy format things?!
Well no, there’s a trick. Open up custom formatting and jack your systems’ swag.
Copy the format you want between the inverted commas and boom.
See here:

You can apply this method to pretty much anything from numbers to dates. Rememeber though, your goal is to get things done. Don’t play with this stuff too much as it’s not a massive use of time. These things should net net save you time.

Well watch the GIFs above to see examples.

Simply put, you do this:

Cell – what you want to format

” format code ” ) – Between the inverted commas you insert your format code.

Nothing will work if you don’t put the format between the inverted commas. You will forget this from time to time and yes you will get pissed off 😉

Here are some examples I jacked from Microsoft.

Obviously the numbers in the ‘value you want to format’ are links to cells, to make this valuable…

Some of these examples are totally pointless (for most people) but it serves to show the extent of the possibilities.