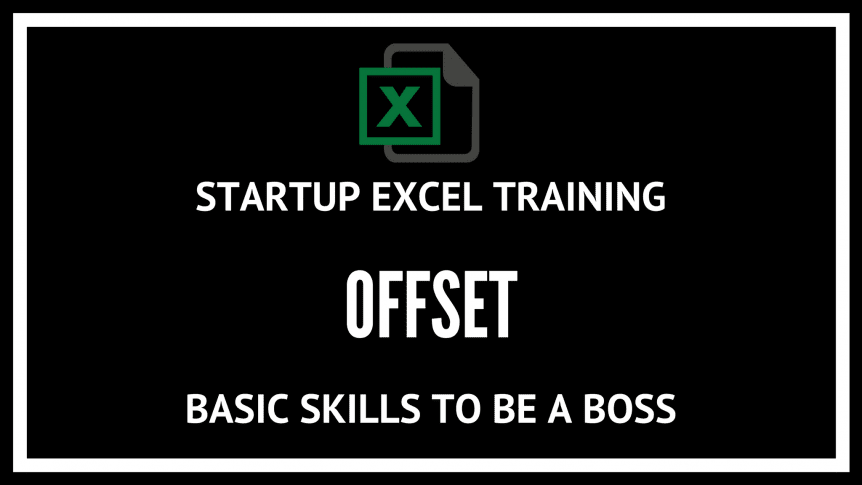 OFFSET is a weird function. I only like using it when I absolutely have to. Some people use it a lot, but it’s impossible to audit properly since you can’t ‘see’ what the formulas link to. It’s a bit like magnetism, you know it works but you can’t see it!

What’s the point of the OFFSET?

There are instances when you just have to use offset. What you are doing is so complicated, it needs to happen. There are other times that you think ‘yay, I know a complicated way to do something simple, I’m going to do that.” Don’t be that dude.

Here is a real example from the 50Folds SaaS model. The way revenue is forecasted by cohorts is hardcore. You’d think it wouldn’t be that hard to calculate annual payments with a discount and you’d be reeallllyy wrong.

This fricking formula took me days to figure out… especially since I accidentally pasted over the formulas and I had to figure it out twice… FML. 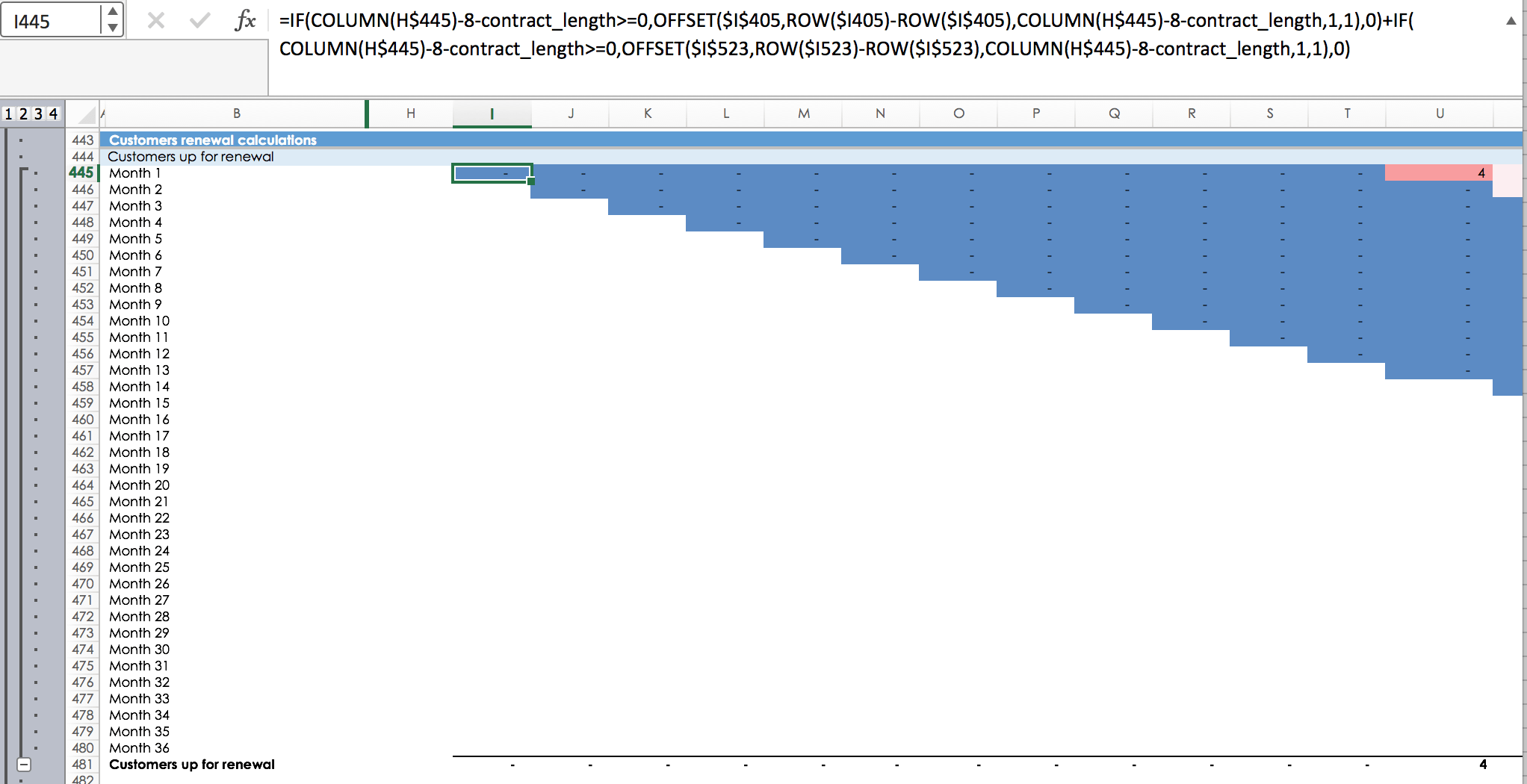 In terms of using OFFSET when you don’t really need to… we’ll actually learn that in today’s class.
Now there is some good reason to use this method actually. It can really stop you from messing up SUM() calculations for totals when you keep adding in and removing rows, but I don’t like things I can’t see.
I can’t audit with OFFSET() so I’m an OFFSET racist.
There I said it. Don’t judge me.
So what’s the story with the OFFSET thingamybob. Think about a being a sniper. You get to pick where it’s going to go down and where the bullet is going to hit. Only the hideout is called the reference and the dead person is determined by moving up/down the columns/rows. So you order the hit at A1 and Sadam is at B2 which is down one row and across one column…
The syntax is this:
=OFFSET(
reference,
rows,
cols,
[height], [width]) – > ignore this stuff

This is a pointless example, but say you are a sniper and you want to **** up a hipster. No one would blame you. 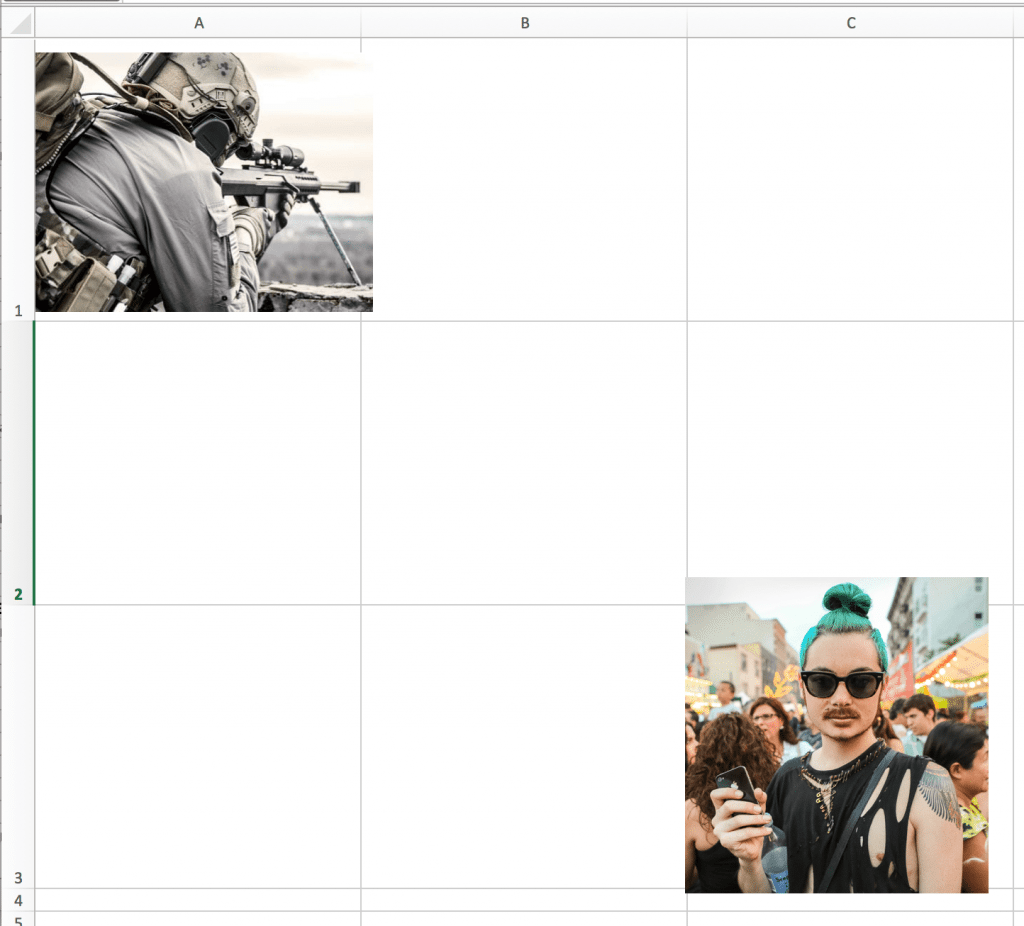 I love you. Just not that much. 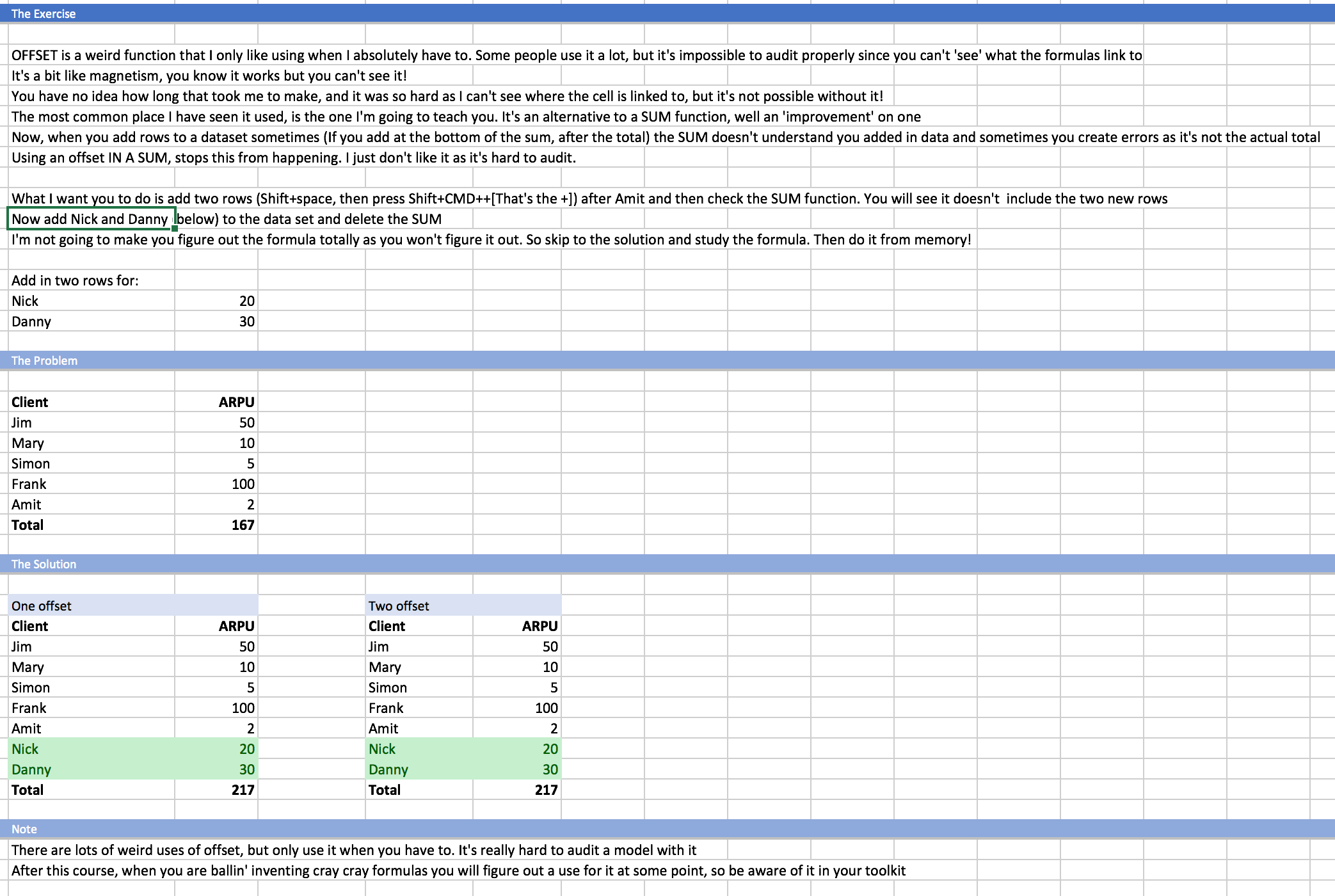