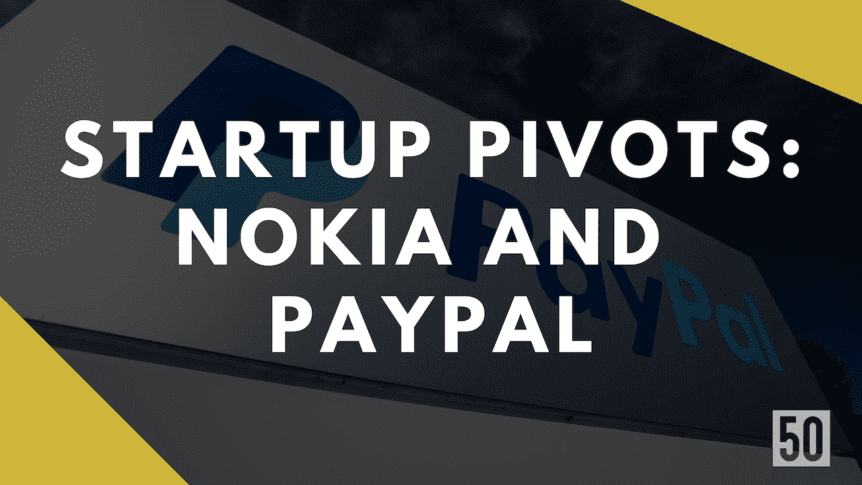 Video on Nokia and PayPal

Nokia started out as a wood pulp mill 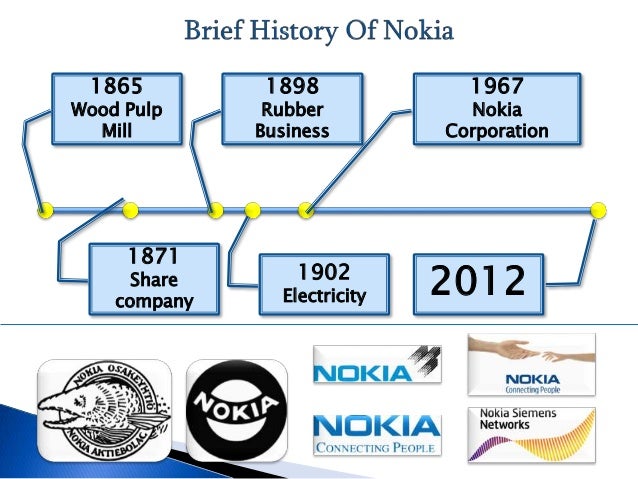 The history of Nokia can be traced back to the 1800s. No joke! Nokia started as a paper company.

It was 1865, and the mining engineer Fredrik Idestam established a wood pulp mill next to the Tammerkoski Rapids in the southwest of Finland. Three years later he opened a second mill close to a town called Nokia.

Idestam went on to formally name his business Nokia Aktiebolag (Nokia Company). Shortly after the first world war, Nokia was close to bankruptcy and the nearby Finnish Rubber Works, maker of galoshes, hoses and tyres, bought the firm in order to ensure a power supply.

In 1960, Nokia moved into the telecommunications pie. The cables arm set up an internal electronics department, where a team worked on radio-transmission equipment.

In 1982, Nokia introduced its first car phone, with the grand title of Mobira Senator. Its first handheld mobile arrived in 1987 and weighed a hefty 0.7kg (1.7lbs). Officially called the Mobira Cityman, it soon became known as the ‘Gorba’ after Soviet president Mikhail Gorbachev was pictured using one.

During 1999, the company released the Nokia 3210 and then the 3310, which became one of the most popular consumer electronics of all time, selling well over 100 million units. The Nokia 1100, which came out in 2003, attracted equally monsterous levels of interest.

Unfortunately, though, the glory years wouldn’t go on forever. They sold Nokia’s devices and services division to Microsoft for $7.2 billion.

The bill for lunch arrives, but you’ve left your wallet in the car. Your lunchmate doesn’t want to pick up the tab. So she pulls out her Palm III, beams you a little program called PayPal, and suggests you beam back your share of the bill. Later that day, the cash comes out of your account and drops into hers.

That scenario should be a reality by September, when Confinity, a Palo Alto, California software start-up, launches PayPal, an application that will allow individuals to “beam” sums of money between handheld devices such as mobile phones, Palm Pilots, and pagers.

“All these devices will become one day just like your wallet,” said Confinity CEO Peter Thiel. “Every one of your friends will become like a virtual, miniature ATM.”

In Thiel’s case, though, it’s a pretty fat wallet.

This is literally an article from 1999 when PayPal first launched!

PayPal pivoted not once, not twice, but at least five times before finding the innovative business model that led to its success.

PayPal was founded by Max Levchin and Peter Thiel who met at a lecture Thiel gave at Stanford in the summer of 1998 on the dangers of concentrated governmental power. The following week, Levchin pitched him ideas for startups; the one Thiel liked best involved cryptography for handheld devices. The company was called “Fieldlink” and did encryption for phones. The issue was they were entirely dependant on someone building an actual application of it.

After more than a year of getting nowhere fast, their next pivot was to move cash on mobile phones. They figured it would take years before they could actually do that and didn’t have the funding, so that wasn’t going to work so they needed to do something in the interim before phones took off.

They then renamed the company Confinity and altered their strategy to build another actual application of this themselves and beam IOUs from Palm Pilot to Palm Pilot. Reid Hoffman went to a board meeting and raised a bit of an issue. Not everyone even in Silicon Valley had Palm Pilots. The espoused use case was to split restaurant bills so he said go to a restaurant and see how many people have them. This will only work if everyone has one!

As an aside, PayPal got James Doohan widely known for his role as “Scotty” on Star Trek as the company’s official spokesman. “I’ve been beaming people up my whole career,” Doohan quipped, “but this is the first time I’ve ever been able to beam money!” Thiel wrote that it was a terrible idea in hindsight. No one cares about Scotty (Stop being such a nerd), they care about Kirk. PriceLine got Kirk.

Clearly, Palm Pilots didn’t work either so they once again changed course. Max came up with the idea of doing email payments and Scott Banister and Reid thought that was a good idea. If you only have Palm Pilots you don’t have enough density so they would do Palm Pilots and email. They quickly found email grew and no one used it for Palm Pilots. The final pivot was to focus just on email payments and the web. Those 5 pivots happened in 15 months.

They called it PayPal and it was specifically for the web so a person could email money to someone else. Then eBay-ers discovered PayPal and the team wondered what the hell this eBay thing was. They discovered these were their real users and their use case. They competed against Billpoint (owned by eBay) but they became the dominant platform.

As a side note, they competed with Elon musk who had founded X.com. In short, they thought it made sense to not compete and just merge, doing so in March 2000. Shit storms ensued with constant arguments about the code languages etc. 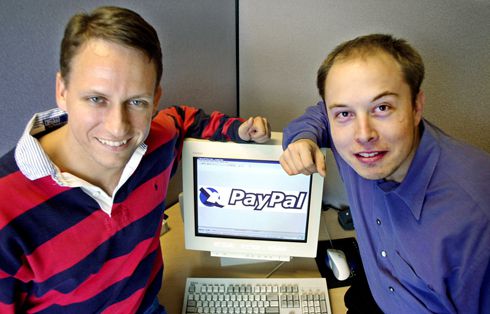 They went public in April 2002 and eBay bought them in July for $1.5b, which closed in October.

Reid Hoffman said “I couldn’t have drawn a roadmap. We discovered our future as it happened.”

PayPal’s culture encouraged entrepreneurship, that’s a reason the whole ‘PayPal mafia’ evolved. “At PayPal, we first and foremost, hired people always looking for those that could [form companies], and many did,” said Levchin in an interview. A key interview question was ‘are you thinking of starting your own company after this?‘ Most said ‘yes.’”