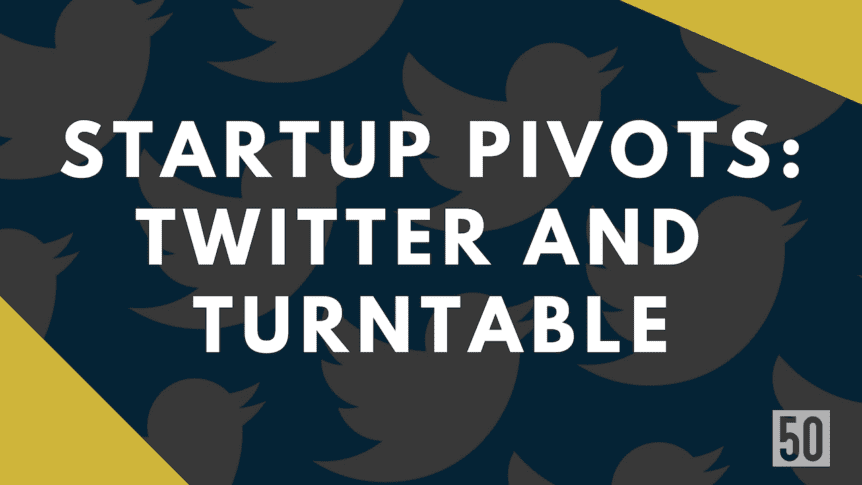 Twitter came out of a failed podcasting business called Odeo 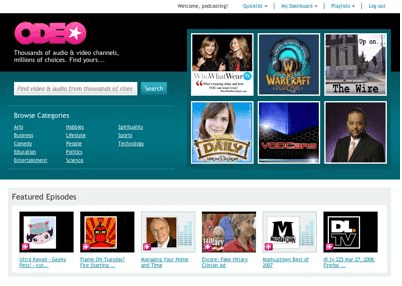 Odeo started in 2005 as Odeo, a podcasting company founded by Evan Williams based on tech made by Noah Glass. When Apple iTunes moved into podcasting, Odeo found itself going nowhere fast, and so it needed to pivot.

Ev called everyone in and asked for ideas. A dorky Jack Dorsay had an idea for sharing status updates and developed the concept with Noah before presenting it. Noah flicking through a dictionary came upon tweet and they went with the name Twittr.

Ev didn’t really get it and put Noah in charge of it. Ev and another founder, Biz Stone happened as gung-ho.

Almost a year after Ev asked his employees for ideas, he told investors about Odeo’s Twitter project. Hoping to save investors a loss, Ev offered to buy back Odeo’s stock. Odeo’s investors accepted the deal.

Ev then changed the name to Obvious Corp and fired Noah Glass.

When Twttr first launched, not everyone knew what to make of it. Michael Arrington, then of TechCrunch, wrote:

If this was a new startup, a one or two person shop, I’d give it a thumbs up for innovation and good execution on a simple but viral idea. But the fact that this is coming from Odeo makes me wonder–what is this company doing to make their core offering compelling? How do their shareholders feel about side projects like Twttr when their primary product line is, besides the excellent design, a total snoozer

Basically, an invention has many fathers. The story is a shit show.

They saw the writing on the wall and ran with whatever idea someone came up with. It just turned out to work. Go figure.

Turntable.fm was formerly Stickybits, a QR code company founded by Billy Chasen and Seth Goldstein. Brands could stick QR codes on their products, and users could scan them for rewards.

Stickybits was an app that let users scan the barcodes of physical objects and attach digital messages to them. It was a novel idea at the time, and one that also received a seven-figure funding deal and a good amount of attention in the media, but according to Chasen, the technology just wasn’t there to support it.

By January 2011, it became clear StickyBits wouldn’t work. Chasen reviewed “the health” of Stickybits and recognized it was mired in mediocrity. He says he didn’t have the passion to continue with the project and it seems his team wasn’t much more enthusiastic.

We were all building the app and none of us used the app. there were two choices to make, there was either let’s just shut down the company and say Stickybits isn’t working and we all go off on our own, or we drastically change the company.

It’s easy to spot a failure, and success is equally obvious. But the hard part is in making the decisions about a middling venture. But you have to be unsentimental about it. Chesen said “It’s your baby and you still believe in the idea and others do, too. The first thing I had to do is get everyone to agree that we’re not where we want to be.”

The founders turned to investors and presented a few other ideas, just in case StickyBits failed.

Billy is a great product guy. He came to us and said he had a few other ideas he had always wanted to try. We gave StickyBits a deadline, and asked him to flesh out another idea in the meantime. One of the ideas was Turntable.fm – Investor

All but one investor went with the new idea. That investor said, “I just don’t do music.” The investor was eventually bought out by the startup. Chasen said he worked to make his investors aware of the fact that Stickybits was missing its goals. But while he got all of his investors aligned, he said he didn’t do a good job with his team. He basically just laid the new direction on them without much preparation.

It wasn’t as collaborative as it should have been. Some people were taken off guard. They asked, ‘What is this random product you’re talking about?’

It should be obvious, but entrepreneurs need to follow their interests and passions. Chasen said he had actually two ideas as alternatives to Stickybits, but he made the choice to go with Turntable.fm because he was excited about music. Though he didn’t say it, it seems like his credentials along with his passion are what have helped keep his investors on board. Howard Morgan of First Round Capital, who invested in Turntable, said it took guts to change course but he saw that this was what Chasen was excited about, not Stickybits.

With $400,000 of his original Stickybits funding still in the bank, Chasen made the decision in December to take a hard turn and abandon Stickybits for his favorite idea at the time, which turned into Turntable.fm, a shared interactive music-listening service.

Chasen readily admits aspects of the transition were terrifying.

I thought Turntable was an amazing idea and I thought it could get the traction that it has gotten, but you don’t know at the time, it is not built, it is just a concept in your head and the worst thing that can happen is you say trust me again and you build that up and then… nobody likes it.

Within weeks, Turntable.fm went viral. Before long, celebrities like Sir Mix-A-Lot were using it too. The board pulled the plug on Stickybits and went full steam ahead with Turntable.fm, encouraging the founders to raise a bigger round of financing.

The board and I trusted the founders, but we also got lucky. – Investor

Whilst they were a huge hit for a while, in November 2013, Turntable announced they would be shutting down turntable.fm to focus on their live events platform. I have no idea what they are doing now, if anything.