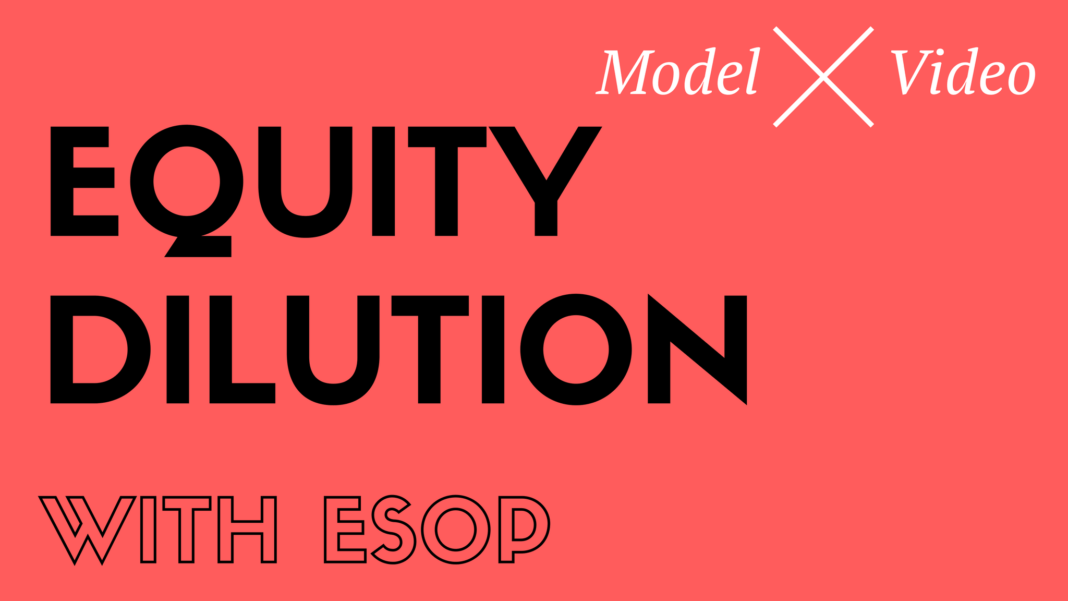 TL;DR: Free startup dilution calculator to understand the impact of dilution after ESOP and venture capital investments. NOTE: If you want it, it gets emailed to you automatically. Fill in the download box!

No one was born knowing everything let alone startup dilution, you have to learn at some point and in some way. How you make money in a startup is one such point. It sounds easy though, right? You startup, get a bit of cash and then sell for a chunk of change and start driving a Tesla. Only it’s a bit more complicated than that.

You start owning the whole of your company, and if you bootstrap and don’t give any shares to the staff you will continue to own all of it. But that’s not normal for most tech startups these days, since, along the way other people get a cut of your company and so upside when you hopefully exit. Others getting a cut is called dilution, and it’s what we are going to get into in detail. Only, we aren’t going to do the basic version, we’re going to learn about the impact of ESOPs (Employee Share Ownership Plan) on this ‘dilution’ too. In this way, you can understand how your staff get rich too.

There is a video for you to watch which explains this all in detail, as well as a template excel startup dilution calculator to download.

Watch the video instead of reading

Dilution happens like shit happens. If you raise money, hire staff, engage in M&A, give shares to lawyers when you were broke, you are going to get diluted.

What does startup dilution mean?

It means your relative ownership stake in your startup is less than it was before, as you have given some ownership to someone else. So if you sold for $100m you don’t get all the $100m as others want their cut as they own a share. Every time you have a dilutive event everyone who was on your cap table before gets diluted equally unless they have special rights and something bad happens typically (like a down round where there is full-ratchet anti-dilution).

The earlier someone joins, or invests in a company, the more they get diluted as they suffer dilution at every event. This means you, the founders of a company and the first owners, are going to take the most dilution.

You own a nice meat pie. It’s yours 100%. But in order to sell it you need to wait five years and during that time, to survive, you have to give a slice of it to others. You can’t make the pie bigger. It’s fixed and crusty, right? Your ownership in a company is the same.

Each time an investor invests (for cash), an advisor joins (for board position) or staff is hired, they all get a slice. All the slices, including yours, add up to 100%, always.

The best way to think of ownership is in shares and not just a high-level percentage. If you start with 100 shares and you give away 10%, then the total ownership still needs to be the ‘meaty pie’ and add to 100%. That 10% now is added as new filler to the pie to make it bigger. Something has to give- and that means you the founder need to get ‘diluted.’ This happens by increasing the number of shares.

So now we see that giving shares to people is not free, understand that ESOPs aren’t free either. We are going to work through a step by step example now with numbers in detail. 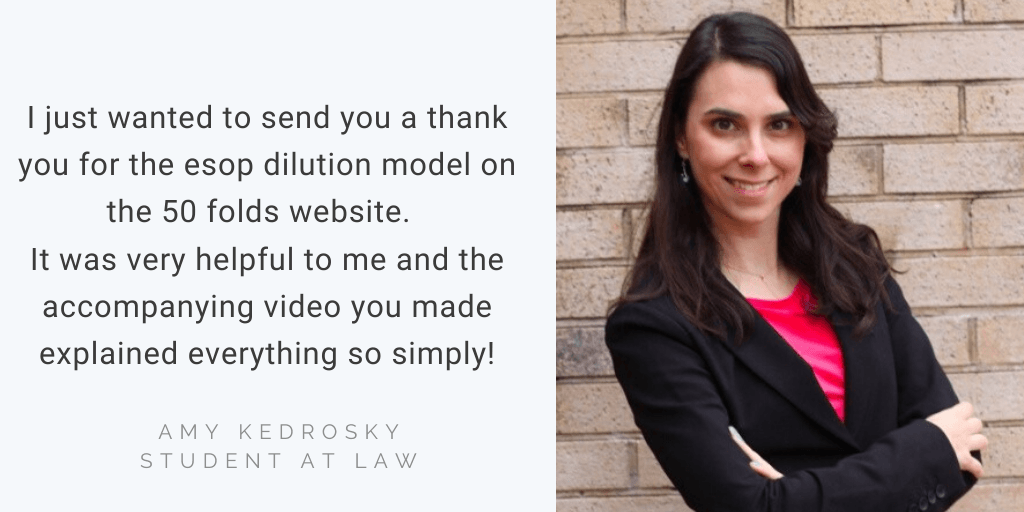 Introduction to the ESOP example

To understand how investment rounds and ESOPs affect your ownership, let’s create a scenario in the startup dilution calculator where you:

At each stage, you can see how your ownership decreases progressively from 100% to 41%.

It begins. Your startup and own 100% in common, founder stock. The whole pie.

Next, you need to add some great engineers to your team to get product/market fit to be in a position to do your seed round. Typically you will give 5-10% of your company to these early, star-eyed staff. This can be done in options but often you can use “founders stock.”

Great, the staff kicked ass and you got traction, time to go raise seed round. You give yourself 6 months to get the round done, but it only takes you 4 months. You find and settle on a nice seed-stage fund.

You know these seed stage investors require 10 to 25% of your startup to make their business model work. Fortunately, they love you, and with some savvy negotiation, they invest for 10% equity.

The result: you own 81% of the company, your engineers have 9% and the investors have their 10%.

To take the Udemy course on how to structure ESOPs head here.

Fab. The seed helped you scale up and now it’s time to put some fuel on the fire. It’s time for the fabled Series-A. Things are looking up and you’ve beaten the odds to get here. You had 18 months runway with your seed, and you planned after 12 months to start raising to get a full year of execution and 6 months to get the next round done.

Your seed investors introduce you to Blue Shirt Capital who do series-a and beyond. They like you. Blue Shirt negotiate for 20% of your company and demand a 20% ESOP post raise. You show them your hiring plan and negotiate them down. They now require a smaller ESOP of 10%.

The value of the ESOP is taken out of the “pre-money valuation,” which means the dilution from the option pool is taken before the VC investment and your effective pre-money valuation is lower than what you thought, but hey, you need the cash. Before we look at the series-a math, let’s look at what needs to happen with the first ESOP you are going to have to make.

That 12.5% then diluted proportionally against all shareholders and 12.5% is added to the ESOP line. Everything adds up to 100%.

When the series-a investment closes, everyone is getting diluted 20% other than Blue Shirt who are just getting on your cap table now.

Whoop whoop! You made it to the promised land of series-b, you are clearly doing something right! Blue Shirt introduce you to Khaki Co who decide to do the whole deal for 25% and need you to top up the ESOP pool to keep it at 10%.

Now the math is a little funkier here in how you calculate the ESOP and dilution, otherwise, everything is the same math as before.

Note, this startup dilution calculator assumes that you do not issue any shares to staff to make it easier to follow. In the real world, your unissued ESOP will be far smaller so your dilution to top up the ESOP will be larger! Understand?

Let’s start with how dilution is calculated. The goal is to have 10% post-investment. But this time you already have ESOP left already. That amount of the investment is 10% too, but it needs to get diluted. So let’s look at the formula:

Let’s look at the series-b math now in the startup dilution calculator. All the math is the same as we have done before. You just dilute everyone by 25%. If you look at the ESOP total line you can see it adds up to 10%.

The result: What is the end result of all the financing and ESOPs? You own 41%. You engineers who started with 10% now own 4.6%, but of a more valuable company. Your seed investors are down to 5.1%. The series-a chaps who started with 20% are now holding 14.5%. The series B chaps have not been diluted so they own 25% still. Finally, in total, the ESOP is 10% of your startup.

Conclusion on the startup dilution calculator

Congrats, you have got through the dilution and ESOP math! It’s a lot to take in, but go through the startup dilution calculator cell by cell and you can figure it out. Yes, it’s boring but you need to learn.

The key takeaway for you here has to be the effect of dilution from raising money – it is not free and secondly, that creating ESOPs pre-funding costs you, your existing investors, but not the new investors. That’s why new investors want you to make big ESOP pools, larger than you will need.

Want to learn more about ESOP?