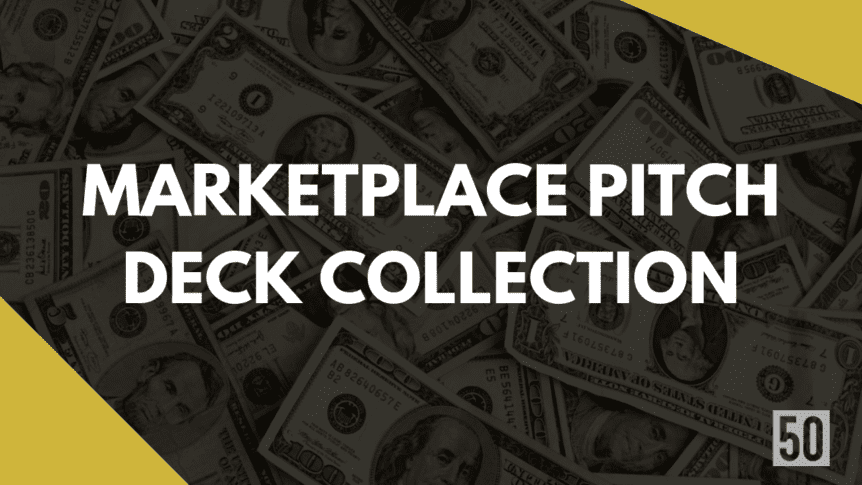 Do you need to write a marketplace pitch deck for your startup fundraise? Wondering what the decks look like? Here are all the marketplace decks available online you should be taking notes from.

If you want to check out the full pitch deck collection, head over here.

There are 16 decks publicly available.

This is the Airbnb pitch deck to raise their $600k seed round.

It is fairly basic, but it gets the point across. It took them a looooong time to raise. They also had NO idea what they were doing. They changed their market size from an ‘m’ to a ‘b’ as Sam Altman told them that’s what investors wanted to hear! So don’t think this deck is here to teach you anything based on them having experience! These guys were as clueless as you may be now. Actually, it’s not a bad deck tbh, you just don’t believe it (if you forget how large they are now). 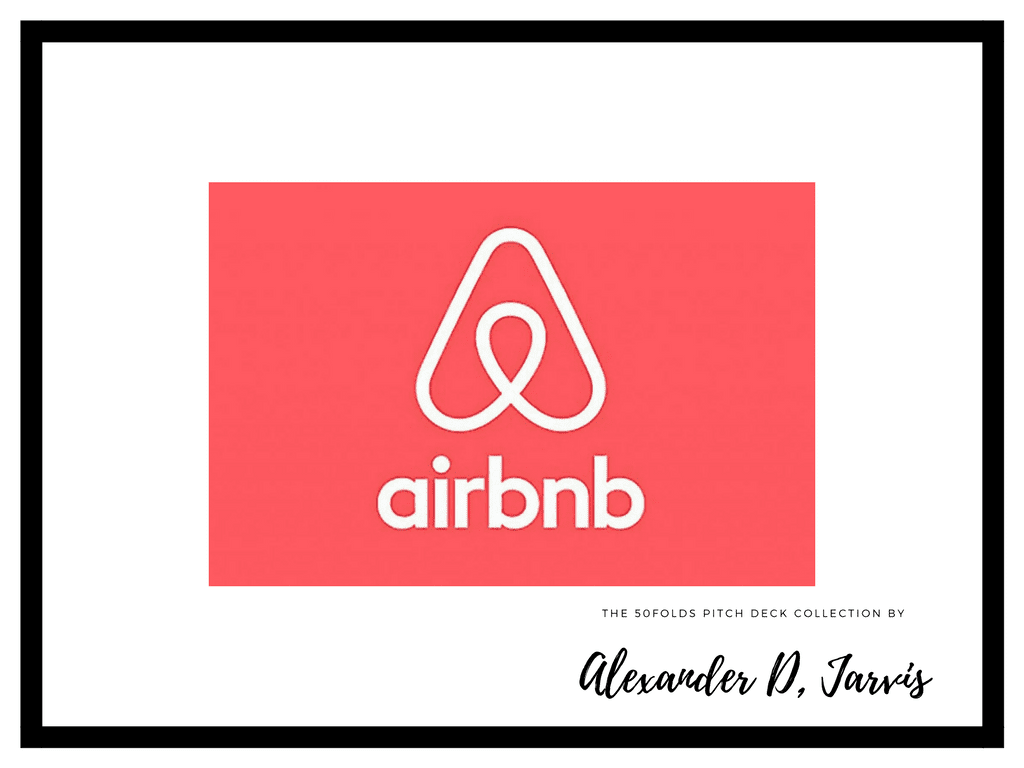 This is Binpress’ pitch deck to raise their $1m seed following 500Startups. Binpress is a marketplace for free and commercial open-source code. They provide a platform for developers to build profitable businesses from releasing and working on their own code. 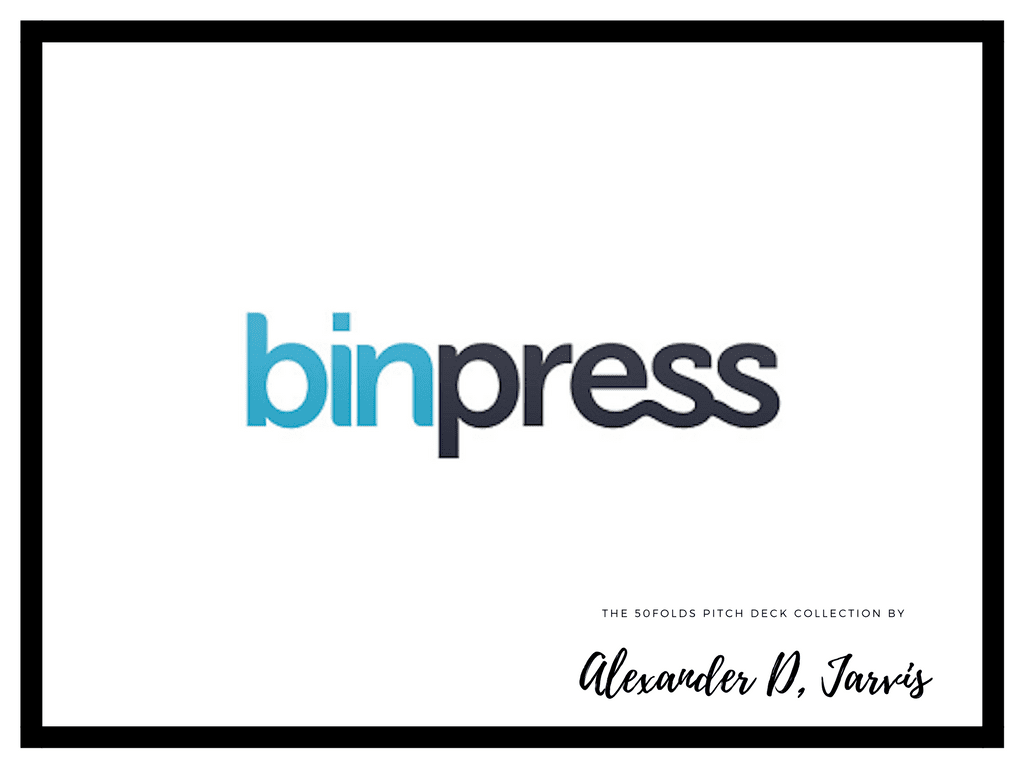 This is the Cabify pitch deck to raise their $3m seed round in 2012. Cabify is a ride-sharing company that operates in Latin America, Spain, and Portugal. They have raised $477m to date. 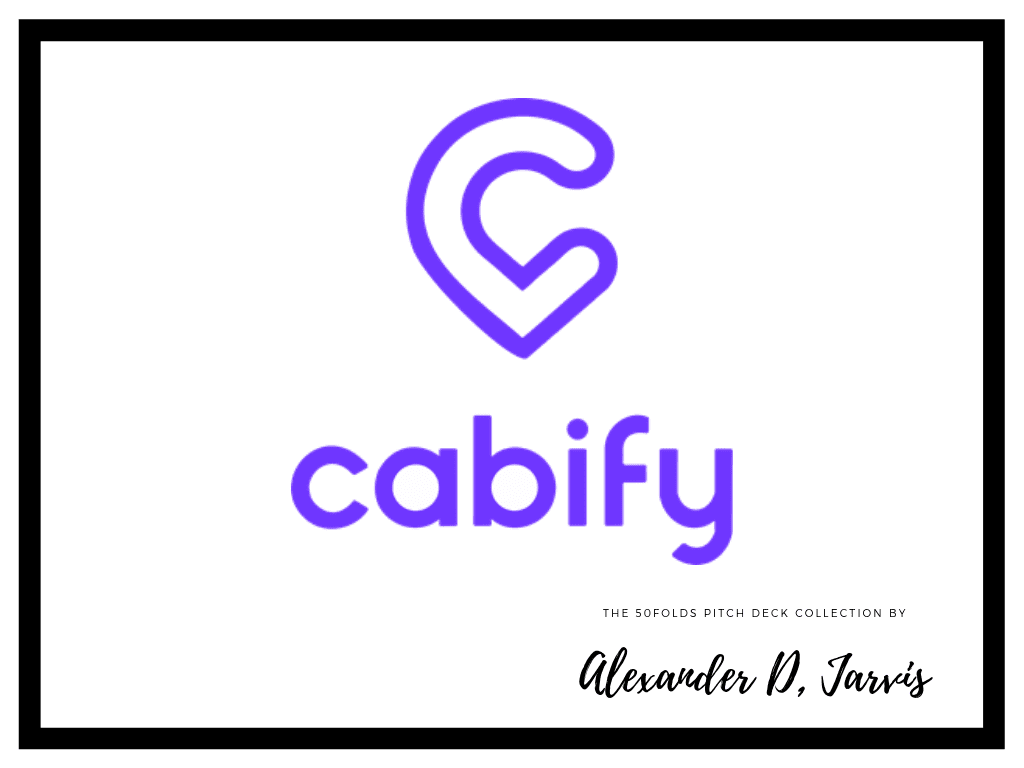 This is the Careem pitch deck to raise their $1.7m seed round in 2013. Careem develops an app that helps commuters in Dubai find cars for hire. 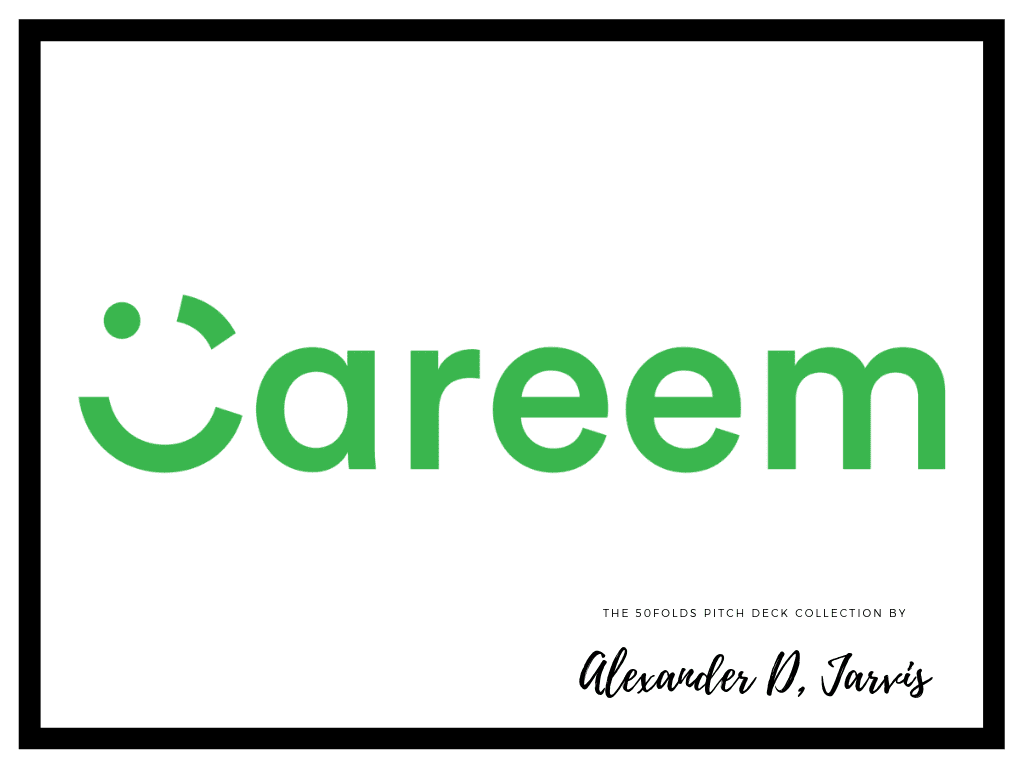 This is Crew pitch deck to raise their Series-A stage investment round. It is very simple but well put together. A slightly more colourful deck than one might expect from Apple.

It is longer in the number of slides that one might expect, but there is little concentration of information. The recommendation to have less than 20 slides is more related to the amount of time it takes to consume information. Since Crew only make one point a slide (or every few) the length isn’t really an issue.

As one might reasonably expect, being a series-a deck, there are actual numbers and historicals in here. Rather than pasting an ugly excel output, what the management as being important are graphically portrayed across various slides. 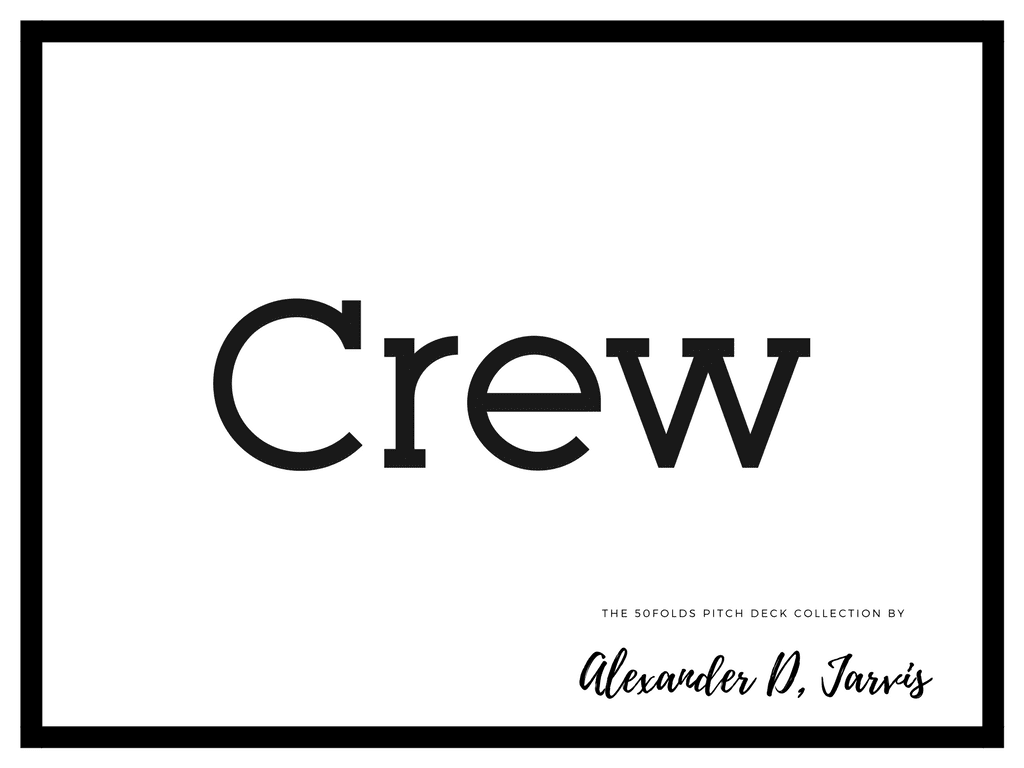 This is the Hometalk pitch deck to raise their $15m series-a round in 2019. Hometalk empowers every person to create the home they love. 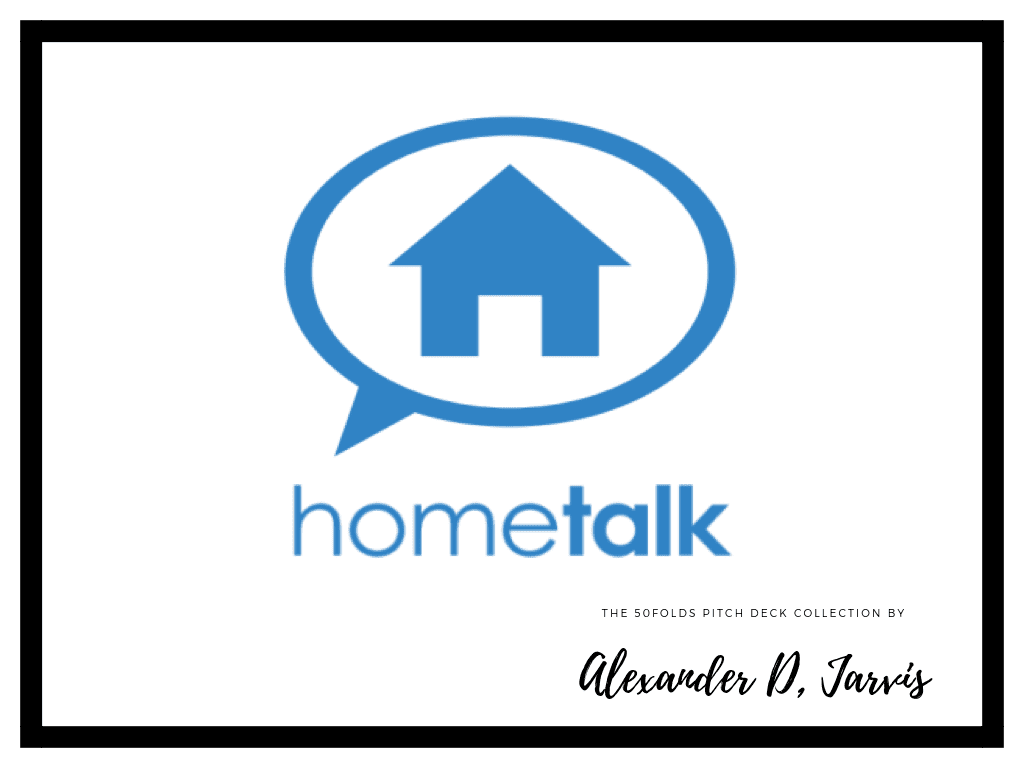 This is the Panjo pitch deck used to raise a $4.6m series-A round led by Spark Capital. In total they raised $6.5m before they exited to Tapatalk for an undisclosed amount in Aug 2017. 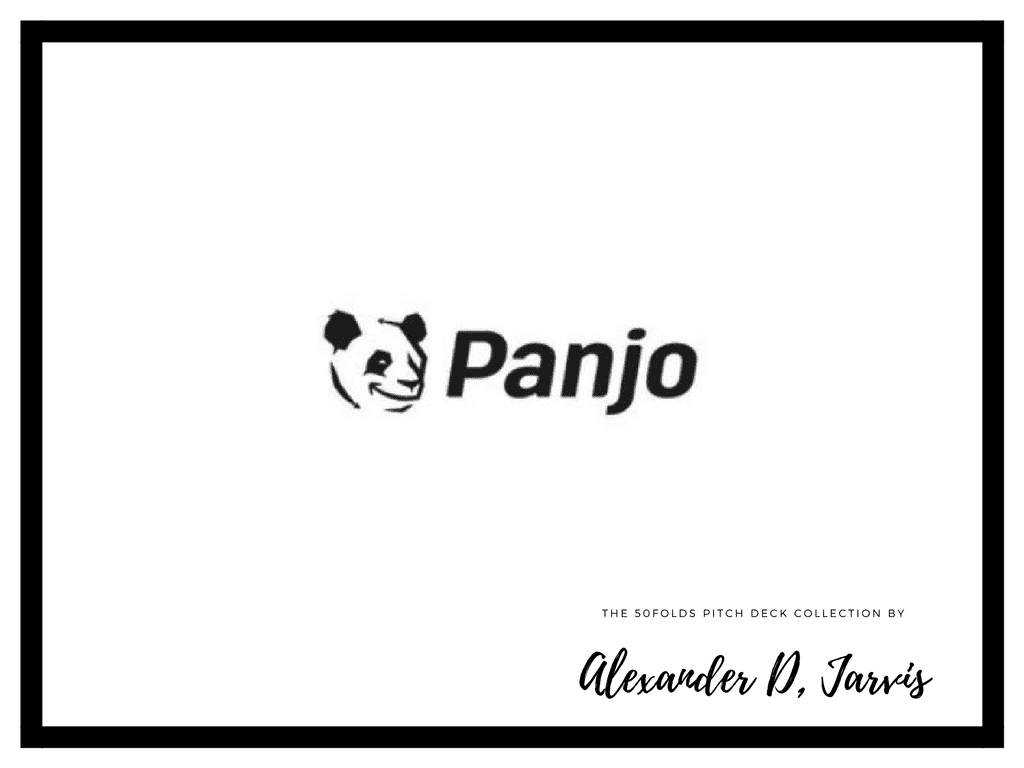 This is the Polyflint pitch deck to raise seed capital. There is very little information available so I can’t confirm they raised money. Polyflint is an online community and marketplace for 3D designers to find inspiration, showcase works and get feedback. 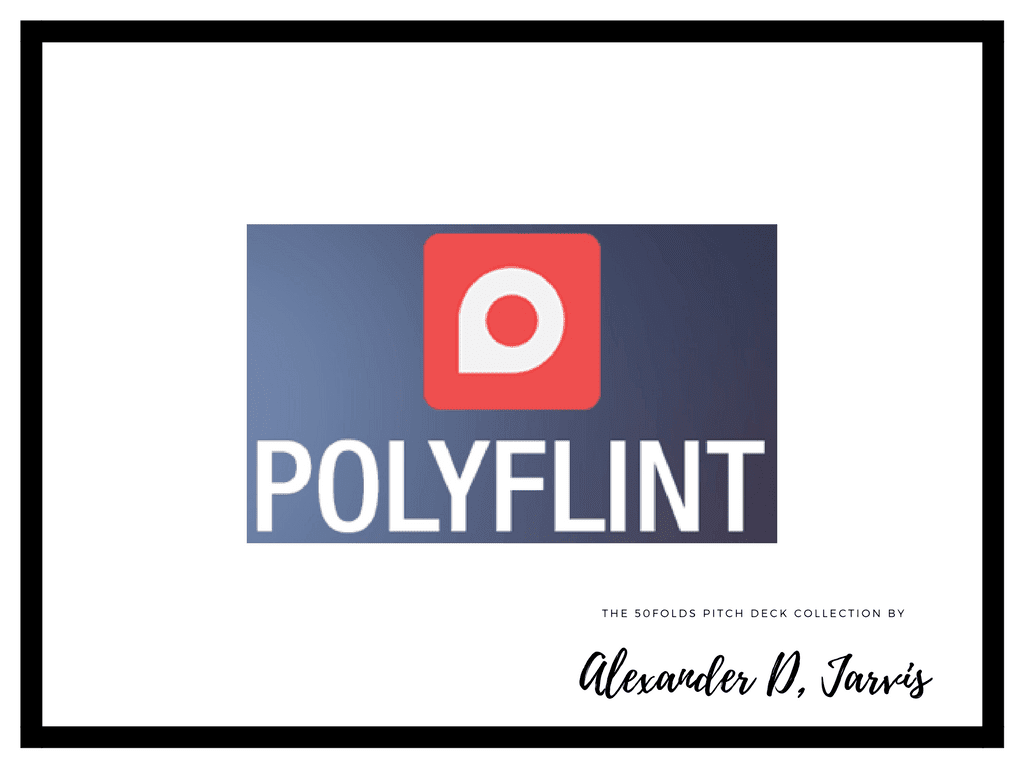 This is the Shift pitch deck used to raise a $24m series-A round (That’s hugh btw). In total, they have raised $112m, with the last round being $38.4m series-C led by BMW i Ventures. 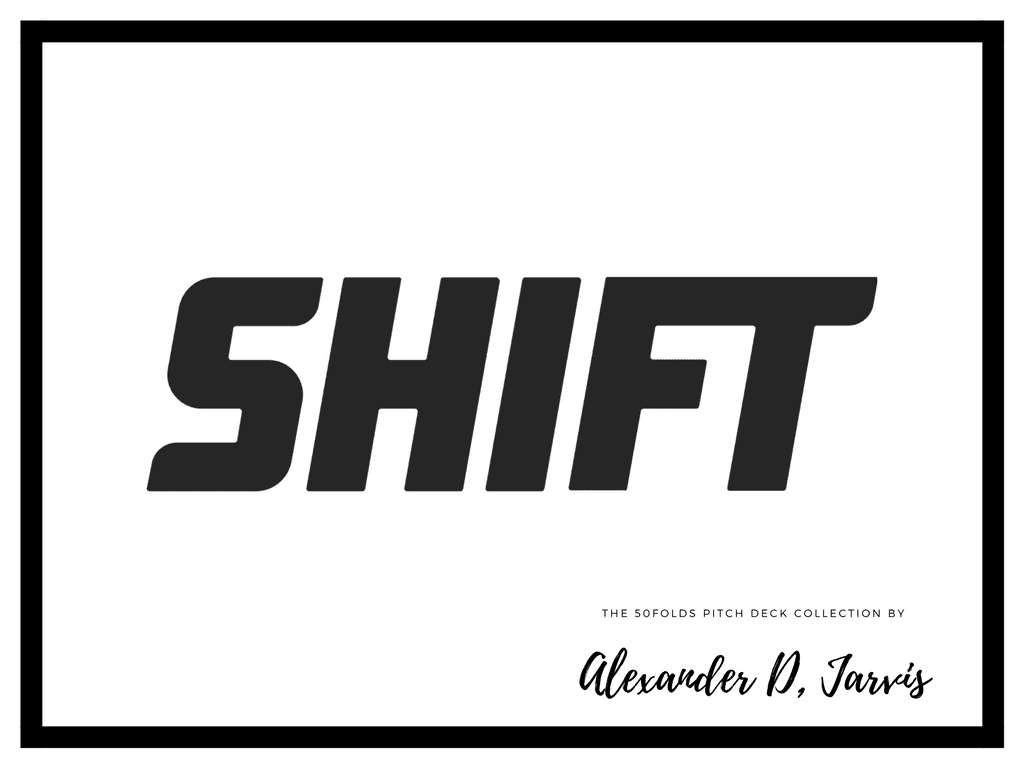 They needed a lot of deep-pocketed people to fill the round, just saying.

This is a great example of a terrible pitch deck. Frankly, only a self-indulgent celebrity of the Arianna Huffington variety can pull this off. Do not presume to replicate. 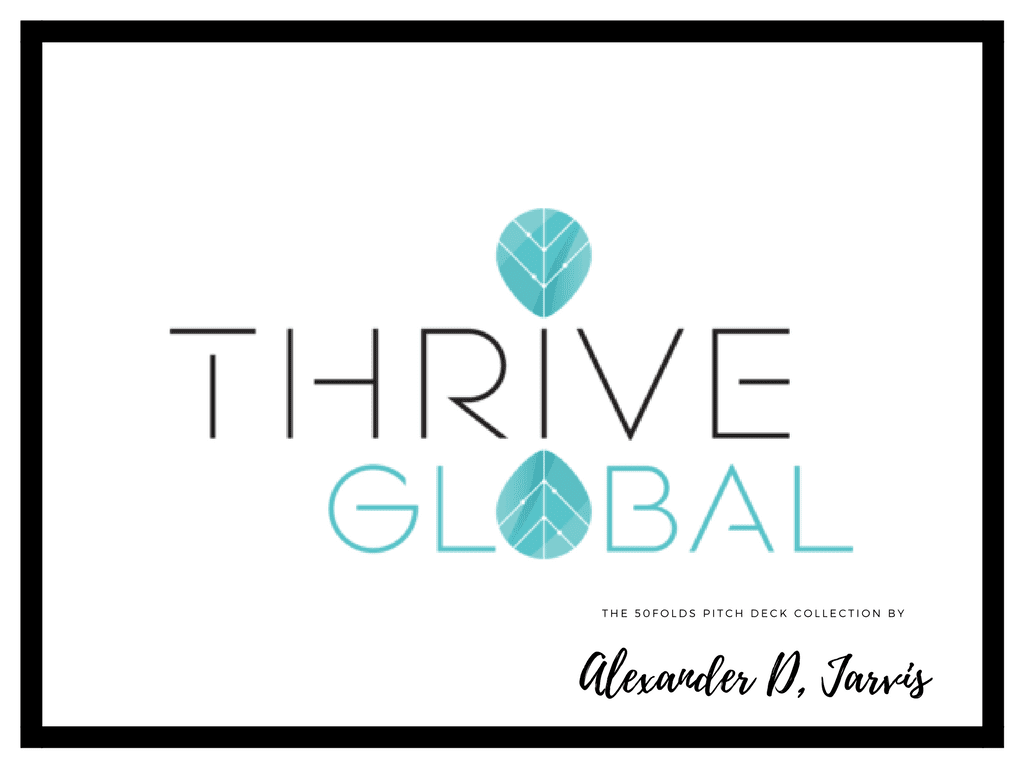 Here’s the deck Twine, founded in 2013, used to raise $500k in seed funding. They are graduates from Seedcamp and have raised a total of $1.1m to date.

Twine is a marketplace that connects companies to their network of over 175,000 creative freelancers in music, design and film.

Their pitch deck went through 23 iterations for the investment round as they kept making changes based on investor feedback. 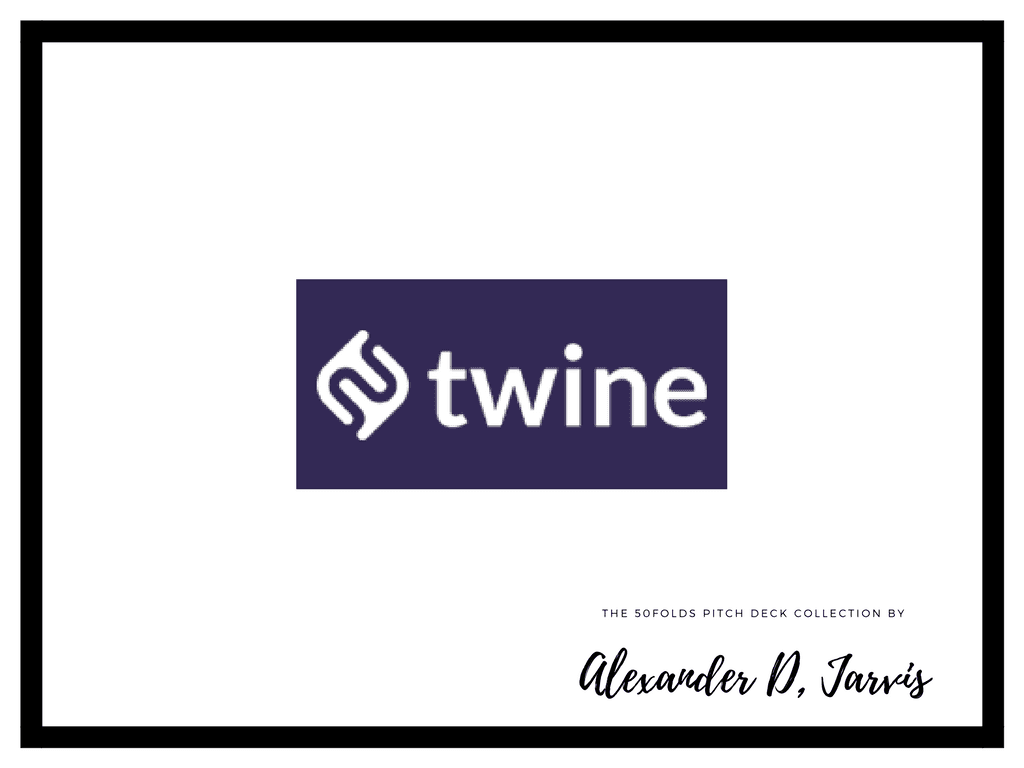 This is the Uber pitch deck used to raise $200k Seed in August 2009. It was founded by Garrett Camp, Oscar Salazar and Travis Kalanick.

Garrett Camp released the deck on the 9th anniversary of Uber on his Medium blog. 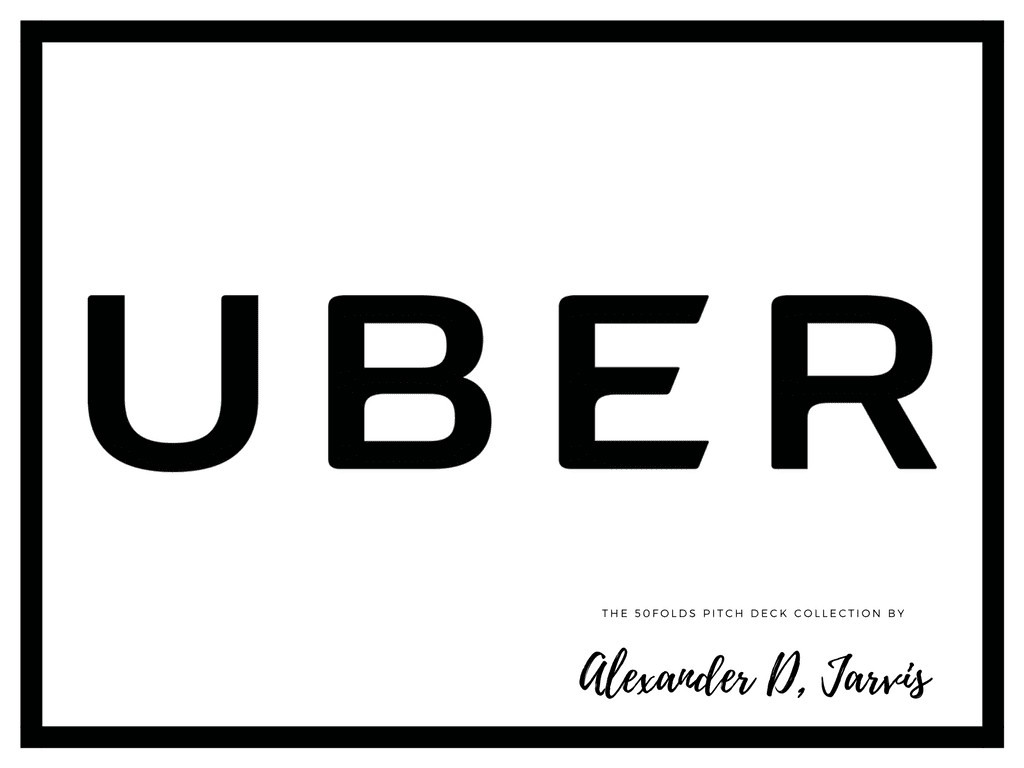 This is the Uptop pitch deck to raise their $5.5m seed round in 2019 from KAL investments.

It’s a fairly short and punchy deck. My only real criticism is it could be longer.  It is clear that they basically only have an idea. There is no traction slide to illustrate they had more. My guess is that the unit economics they show are planned, not actuals. There could be a better use of structure and images, but they aren’t going to fail because of this. 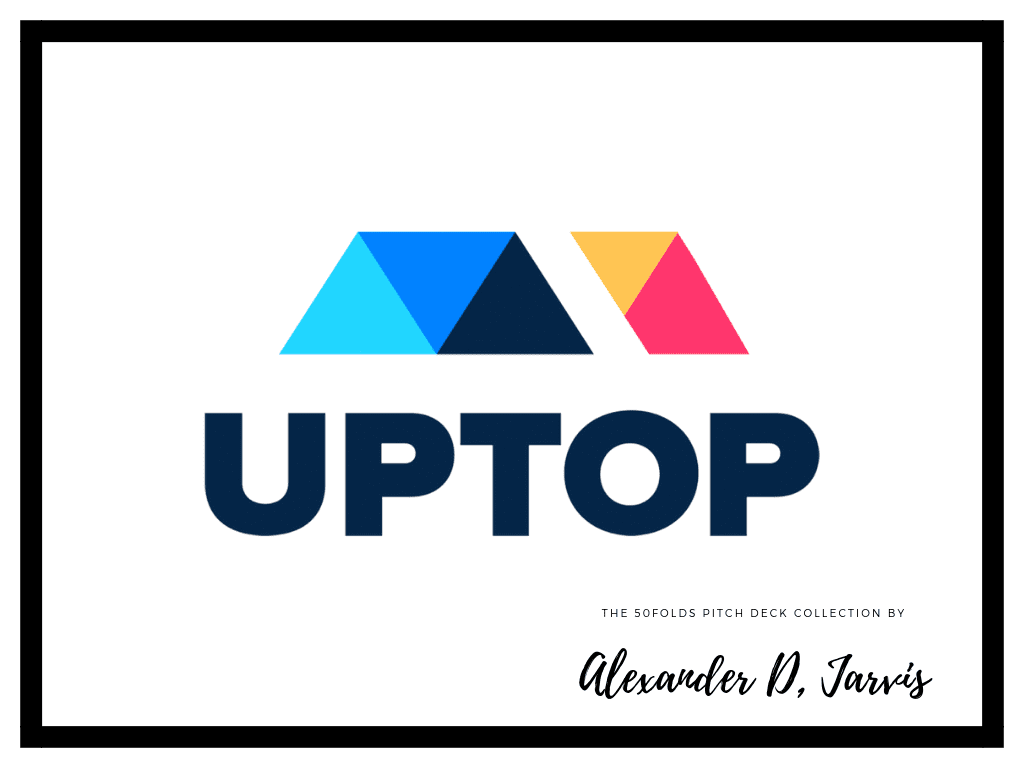 Here’s the Vettery pitch deck used to raise $9M Series A on August 16, 2016 by co-founders Brett Adcock and Adam Goldstein. In total, they have raised $11.93M in 3 Rounds from 7 Investors.

The Series A was led by Greycroft Partners and Raine Ventures, and according to co-founder Goldstein, will accelerate the company’s expansion into San Francisco, help it move into new industries (it’s currently focused on tech and finance) and allow it to expand the product team, with the aim of building integrations with existing HR tools.

Based in New York City, Vettery is a trusted hiring marketplace built to help people find their dream job. Vettery takes the best from the recruiting and technology worlds by connecting employers and talent through a curated marketplace of vetted candidates. The company came together to change the recruiting landscape, celebrate Monday mornings, and help everyone find a job they love.

The deck is short and clean, in an almost investment banking sort of way. I don’t really like it to be honest. 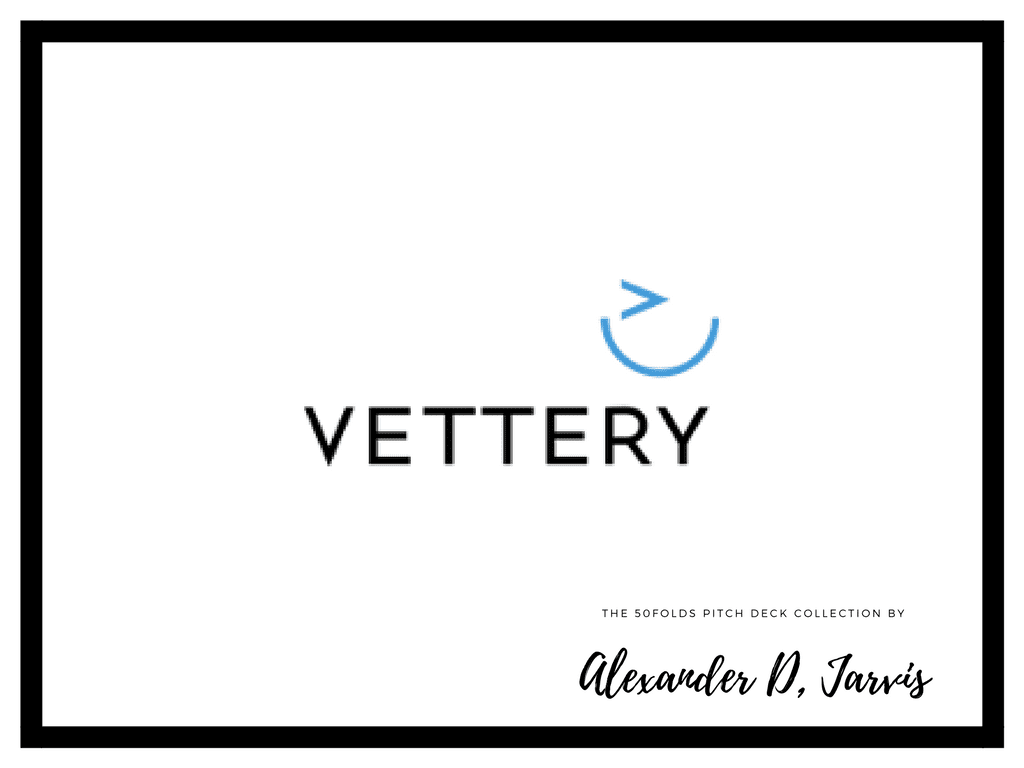 This is the WayPoint pitch deck to raise seed capital from investors. They were founded in March, 2010. The Waypoint was a mobile application that enables individuals to search, book, and pay for boating slips online.

Not all the information is in it- some has been redacted. But the key flow and structure are there for you to understand. 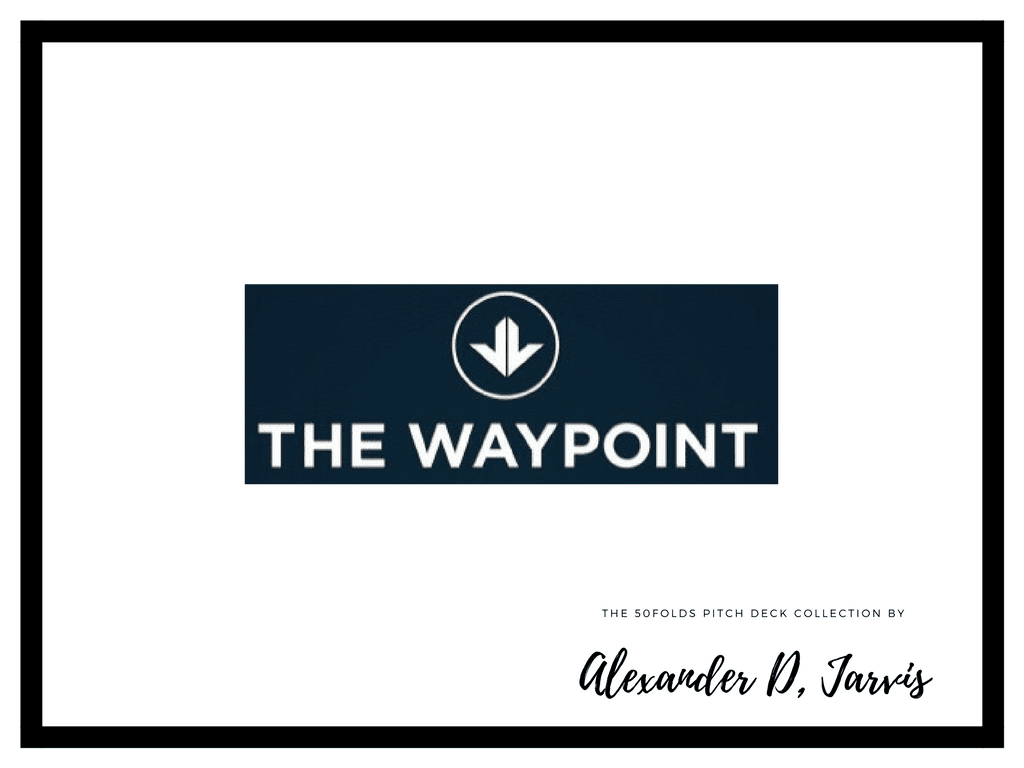 This is the Winnie pitch deck to raise their $4m seed round led by Reach Capital in April 2018.

Winnie’s mission is to make parents’ lives easier through technology. Their app gives parents the information they need to travel, explore, or even just run errands with their kids. 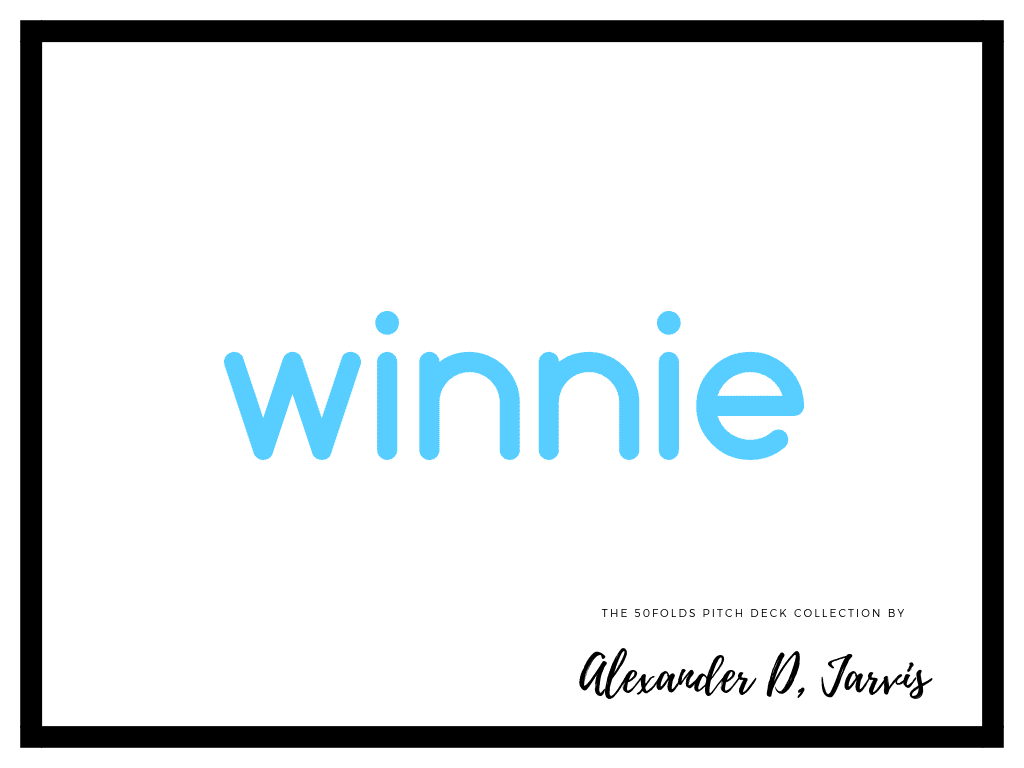