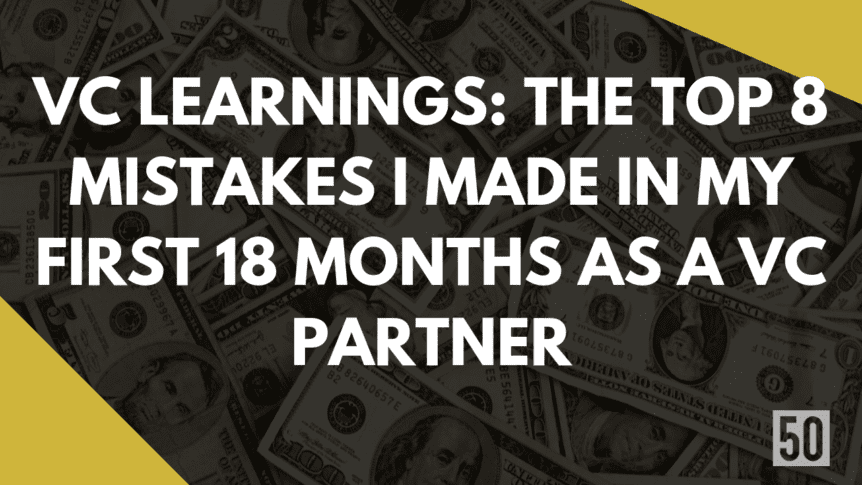 I love ‘lessons learned’ articles, because, let’s face it, it’s fun to not make rookie mistakes (even if you are a rookie).

Here are 8 lessons learned from VC Jason Lemkin of Storm Ventures that also set up SaaStr, from his first 18 months as a VC.

I think these learnings are also useful for founders to understand the game too.

Now the bullets of his 8 learnings:

What do you think? I disagree with #4.