For every 1,000 startups there is 1 venture capitalist. We don’t see startup pitch decks often, so unsurprisingly, there are even fewer venture capital pitch decks around public. Yes, VCs have to raise money too from LPs (limited partners)!

It takes up to 2 years to raise a venture capital fund, so if you thought startup raising was hard, think again.

There are very few venture capital pitch decks around, but I know you’re interested in seeing what they look like out of morbid interest, or perhaps you are raising yourself?

This is a collection of all the decks that are publicly available, or a VC hasn’t confided in me to date (As usual, I’ll never share anything confided in confidence). There are a mix of VC, accelerators and fund of funds. It doesn’t make sense to split them into multiple blogs given the paucity of them.

It’s not as comprehensive as the startup pitch deck collection (which has taken 3 years to date to get to 90), but it’s a start.

If you have a VC deck to share, please ping me. If you’re reading this you know you could help others if you shared too.

Here is an interesting podcast on raising a fund.

Chris Douvos, the Super LP, did a a slide by slide commentary so that you get the LP’s take on the deck. You can check out the commentary here.

I believe they are still raising (second close). You can see their funding page here.

This is the deck Artesian used to raise their $100m venture capital fund of fund focused on Australia.

Ark Kapital raised a $182m fund I in a mix of debt and equity funding.

Awesome people didn’t make a pitch deck, rather they made a memo.


ClearBanc $300 million in Series B

This isn’t strictly a VC deck, though it sort of is. Rose by any other name and such.

I have added commentary on the ClearBanc pitch deck there.

They share links to the team and their portfolio in links. Other information was not made public.


On Deck Series-A and Accelerator

On Deck raised two funds (rounds?). They didn’t make pitch decks, they wrote investment memos instead. There are links to the memos on many blog instead. Click the images and you’ll get there. 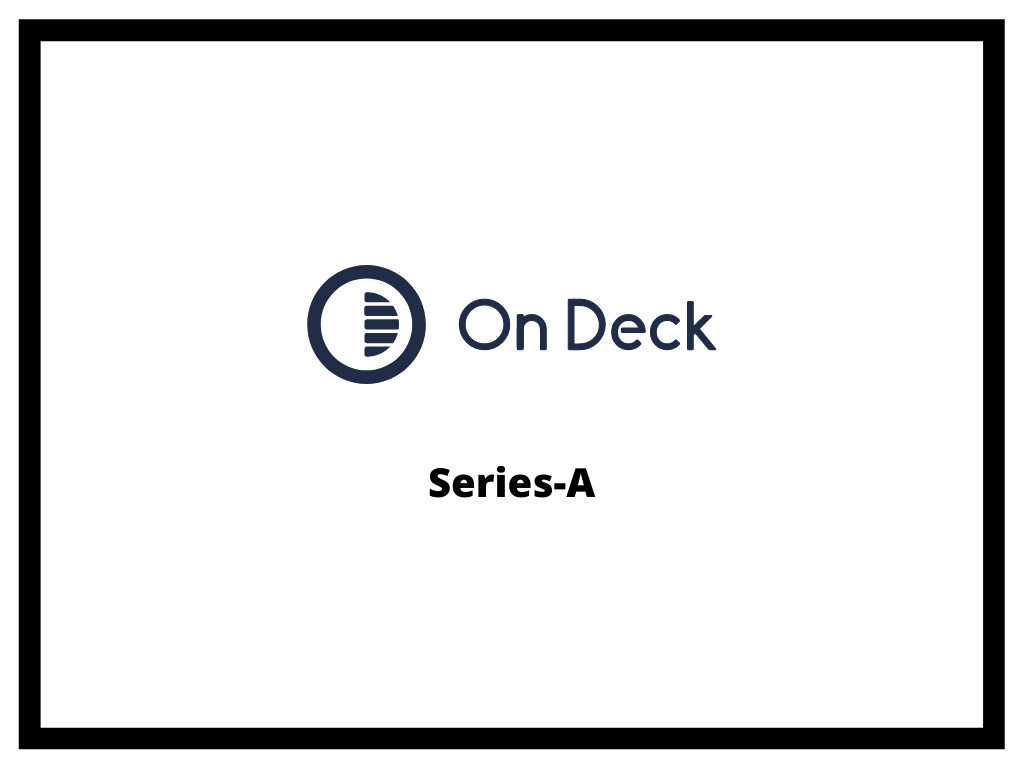 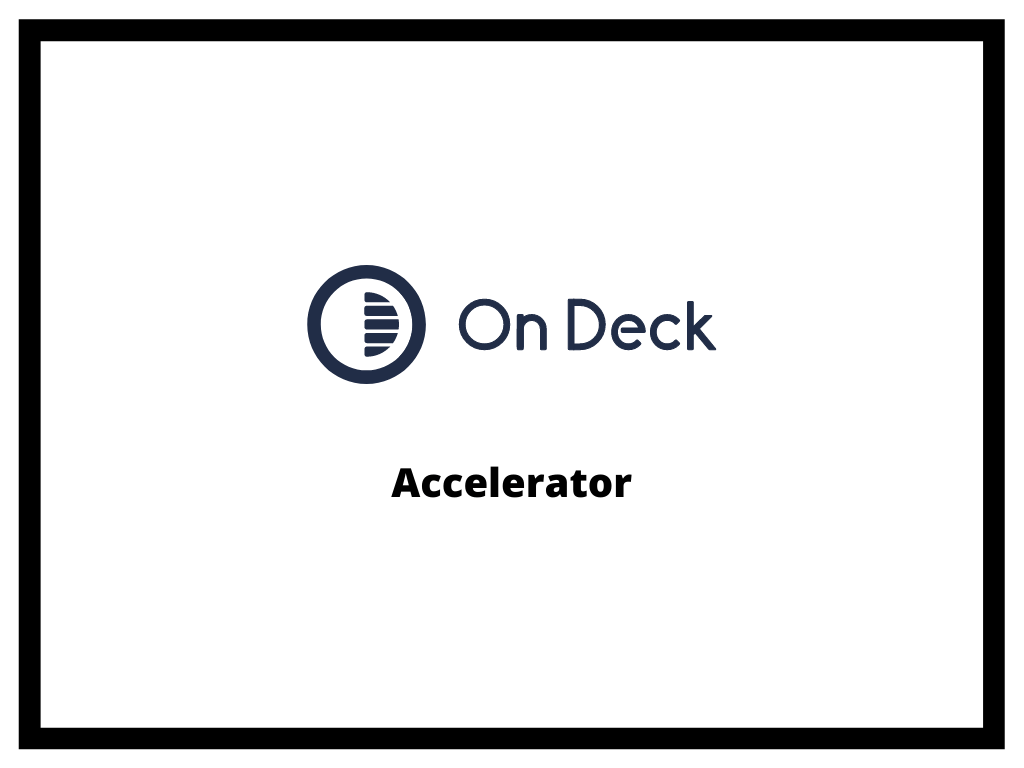 Decent deck. They proactively share their learnings. Some funny things if you know why to include ‘founders fight for our pro-rata.’

Blog on the Fund V

Hackers and founders have raised 5 funds to date for their accelerator. Here is fund 1 and 5.

Long Journey Ventures was founded by Cyan Banister and Lee Jacobs and raised a $35m fund.

Notation are pioneering pre-seed venture capital funding in New York. You can read about their investment thesis here.

Notation closed their $27m fund 2 in February 2018 and they’ve shared their deck again. You can read about their experience here.


Not Boring Capital – Fund I Memo

Packy McCormick made his name creating the ‘Not Boring’ newsletter and leveraged that into becoming an investor.

He raised a $9.9m fund with his investment memo.

This is a heavily redacted Fund 3 pitch deck O’Reilly AlphaTech Ventures used to raise their fund from limited partners. It was targeted at $75m.

Charles Hudson used this deck to raise a $40m fund in October 2020.

This fund was setup to invest in graduates of the Slingshot accelerator in Australia. It’s a pretty detailed deck but I think their investment thesis is flawed.

Spacecadet went all out to make their deck for LPs and made a website (you can see the Spacecadet site here so long as it is live). It is a lot of work and I wouldn’t recommend it, but up to you.

You can see the outline of the deck here: 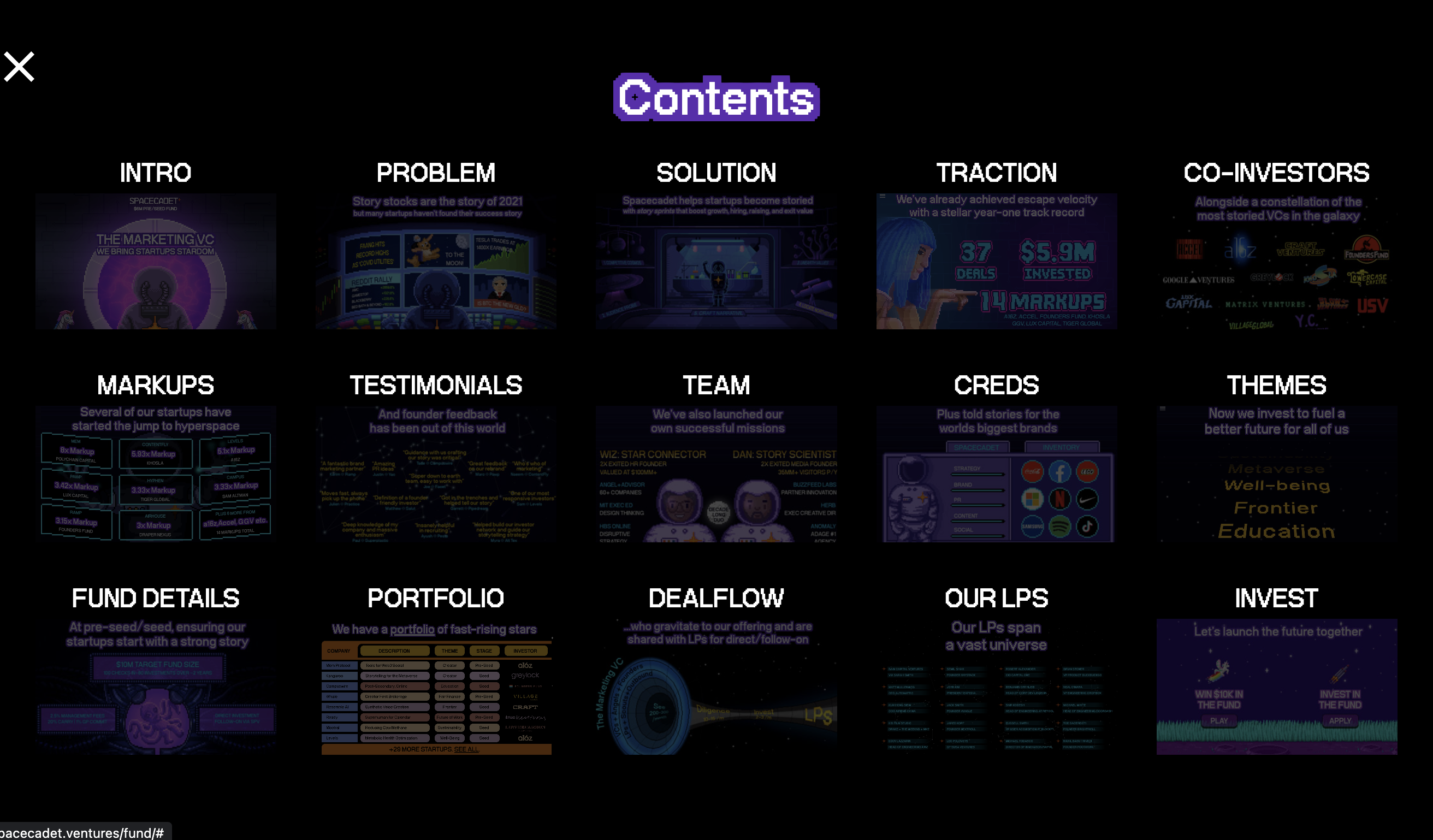 Surge focus on energy investments out of Texas. This is the best deck available to date in my opinion, well, it’s the most detailed.

There is a fab blog about their raise here: https://kirkcoburn.com/2016/02/16/my-journey-to-raise-a-venture-capital-fund-in-houston/

Work Life was founded by Brianne Kimmel and has raised two fund to date on the future of work.

Brianne Kimmel shares some comments on her deck in My pitch to Marc Andreessen, Zoom CEO Eric Yuan and investors in Work Life.


Need help with your deck?

I help emerging managers with their deck (I don’t promote this, people just reach out and ask). I’ve done 2x quant funds, 2x property funds and a handful of emerging manager (VC) decks.
It’s not about doing basic design stuff. I do the hard stuff like giving you a hard time on your investment thesis, figuring out your differentiation, portfolio planning strategy, pitch etc.
Reach out to me at www.perfectpitchdeck.com. I mainly do startup decks so I can help your portcos too.