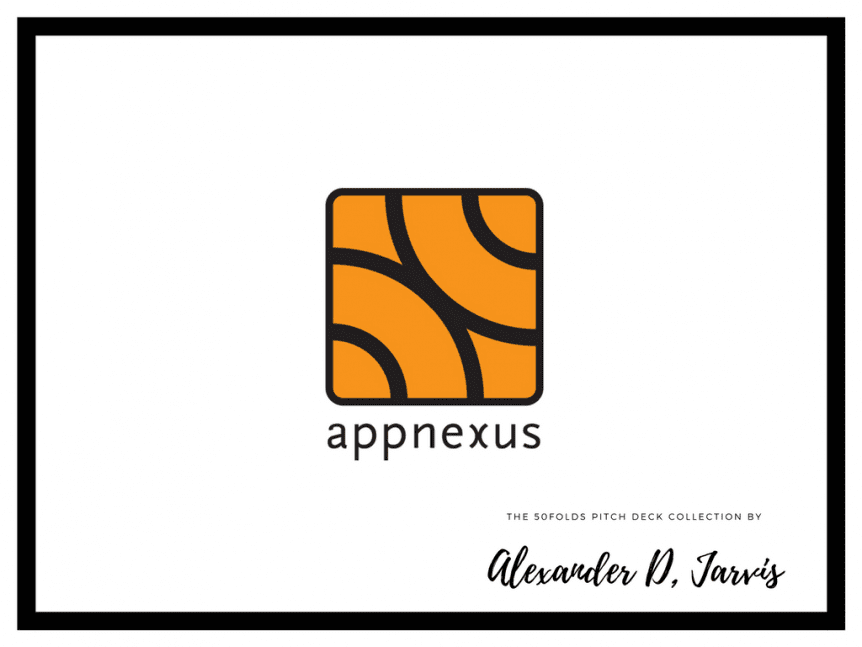 This is the AppNexus angel round pitch deck to raise $2.5m from First Round Capital in 2007.

AppNexus operates a cloud-based software platform that enables and optimizes programmatic online advertising. Its enterprise technology platform maximizes yield and campaign performance for sellers and buyers of online inventory, provides trading solutions and marketplaces for Internet advertising, and allows advertisers to build a trading desk, an advertising network, and a custom exchange.

Brian O’Kelley and Mike Nolet founded AppNexus in September 2007, with its headquarters in New York City and additional offices in several cities in the United States and other countries.

This is the original pitch deck to First Round Capital which was funded to focus on generalised cloud services, before pivoting to focus on Adtech.

Originally we pitched our platform to three industries: financial services, healthcare and ad tech… Healthcare turned out to be a nonstarter because of the regulatory challenges and financial services needed thousands of servers. We knew a generic cloud platform had no chance against Amazon and others whose cost of capital was lower. But Ad tech turned out to be the perfect fit.

Guided by the market, AppNexus doubled down where it made the most sense and now has an annual revenue run rate of $250 million. The real change came when O’Kelley and his team realized they could capture much more value by adding other ad tech-specific services to their repertoire rather than remaining a pure cloud play.

At the time we felt sort of silly for having to go back and pivot and raise more money so quickly, but it was much better to rip the bandaid off and invest all our efforts in the biggest opportunity we saw.

Looking back at this first pitch deck, he’s actually amazed by how much of AppNexus today is consistent with their earliest suspicions. “Slide 7 talks about all the benefits of a ‘nexus’ which is exactly our value proposition today even though we’re much more specialized now,” he says. “Slide 18 talks about ‘ping pong’ growth, which has been our strategy all along to use liquidity and network effects to scale the business. Slide 20 describes our exact go-to-market strategy.”

O’Kelley and his co-founder Mike Nolet got other things right too. Microsoft did end up being their first “elephant” customer, and their financing estimates on Slides 21-23 are almost a bulls-eye. AppNexus ended up raising $13 million in 2009 and $50 million in 2010. Even if your model gets overhauled, there will always be stakes in the ground to pivot around.

Early on, it’s clear we missed that Microsoft, Google and Amazon would invest so heavily in the cloud — the amount of capex there is mind blowing and there’s no way a startup could have competed head-to-head,” says O’Kelley. Several of his investors told him outright this was the case but he didn’t turn the ship. “I was too stubborn to listen until we built it and saw what was coming the hard way.

First Round capital blog: AppNexus’ First Pitch — Before It Steered Around the Cloud to Win Big in AdTech

Each slide is pretty much just a mini-essay so yeah, there are too many words.

24 slides are shared. It’s obvious that financials were admitted and I don’t know what else. They could easily have made it shorted by simply removing the table of contents, interstitials etc.

The headers are rubbish. They are basically just a list of slide titles.

Never use 6:9 format. Everyone is on wide screen these days. The head and foot format of the slide is terrible. It takes up a lot of useless space.

Without proper headers, it is pretty much impossible to have a narrative.

The deck is just a list of bullet points, so you can’t really mess that up.

They sort of cover everything, but to be honest it is a pretty boring deck to read.

The slide is fine other tan the weird design. 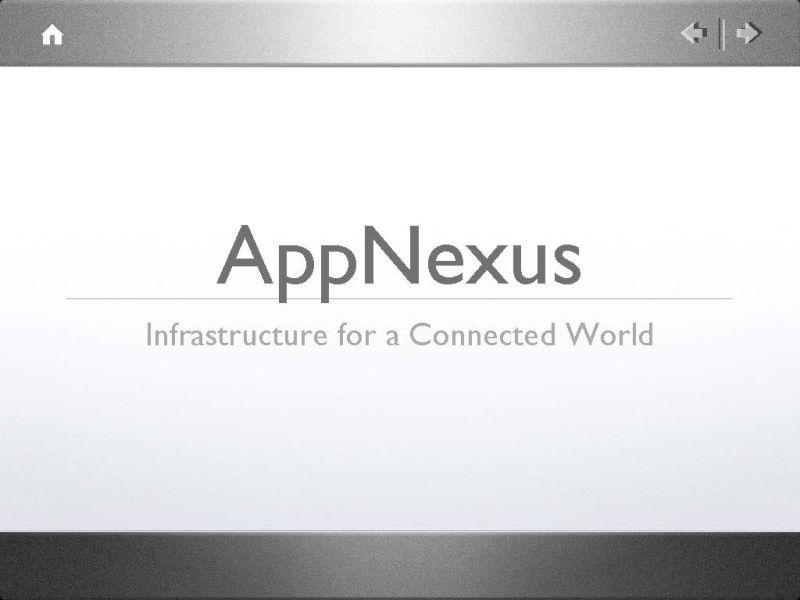 Don’t put in a table of contents. Your deck shouldn’t be long enough to need one. 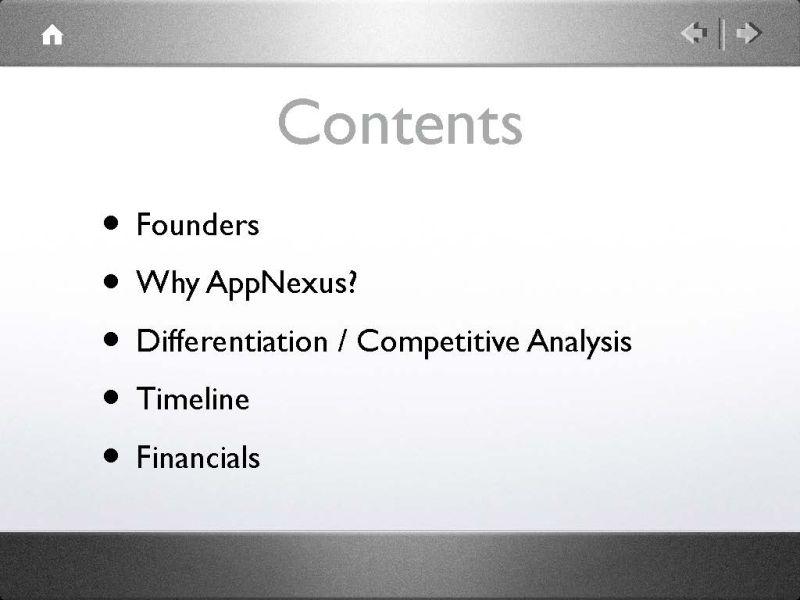 Typically you start with the team slide if they’re really super strong. I don’t know Brian, but I presume he’s solid. Michael could do with more content.

Always have images of the founders on the slide. 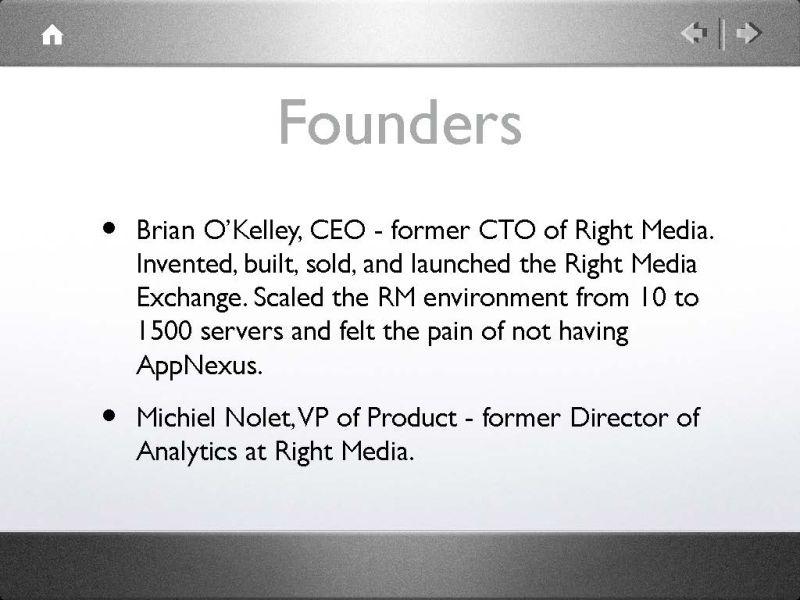 Do not add interstitial slides. 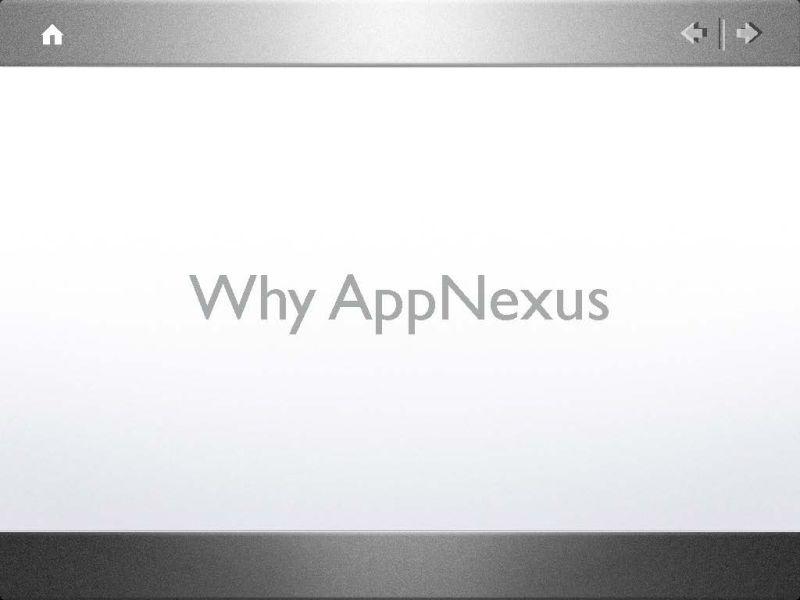 Who is Right Media? 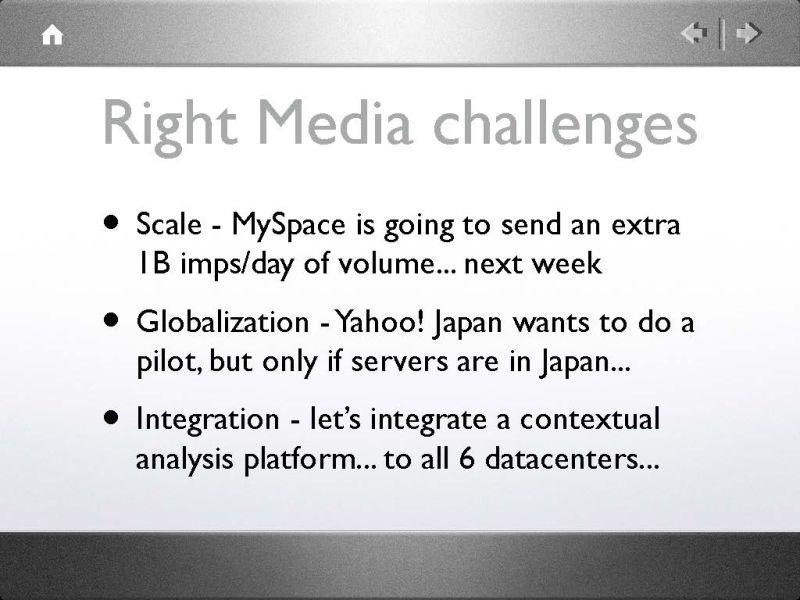 The slides assume a high level of knowledge. 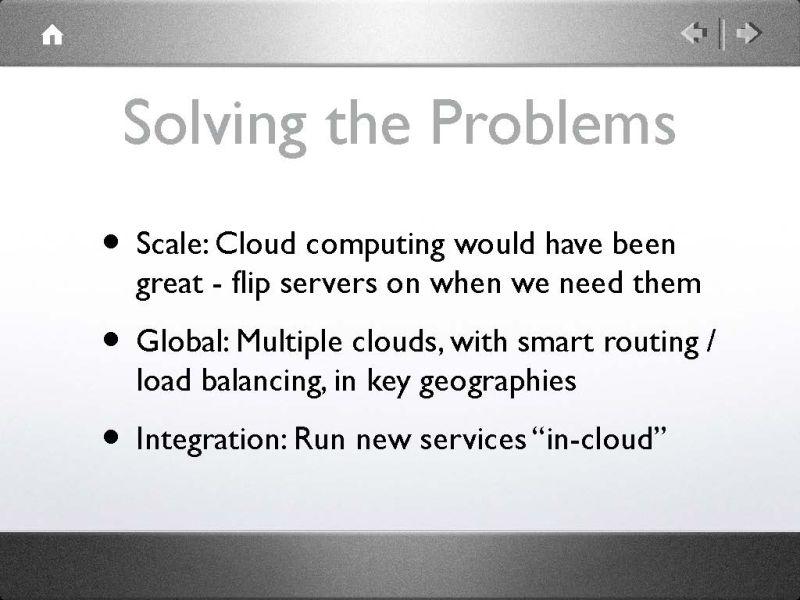 I mean the founder is explaining what’s happening in a conversational sort of manner. It might be fine for the right audience, but in terms of learnings, don’t learn from this deck. 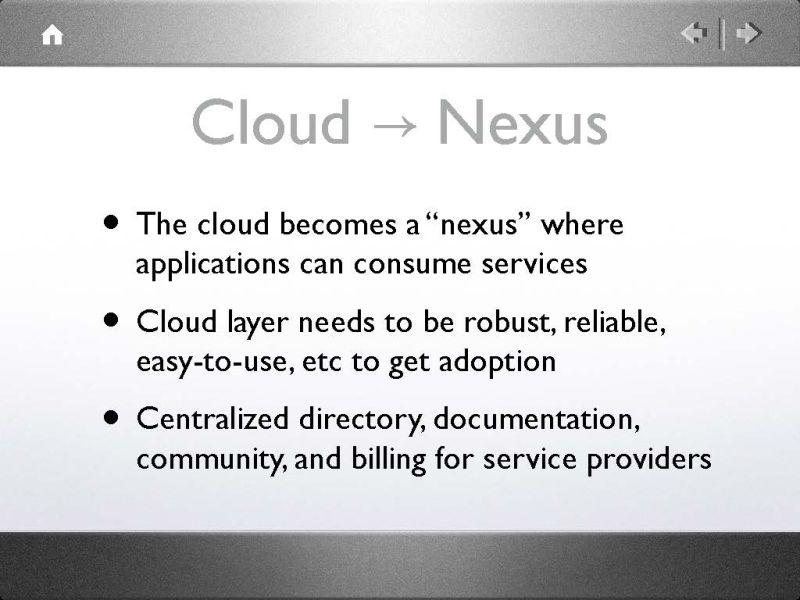 Where do I start. There’s a lot more space to fill out the flow chart to make it easier to read. I’d like it to be explained, or at least what is special. 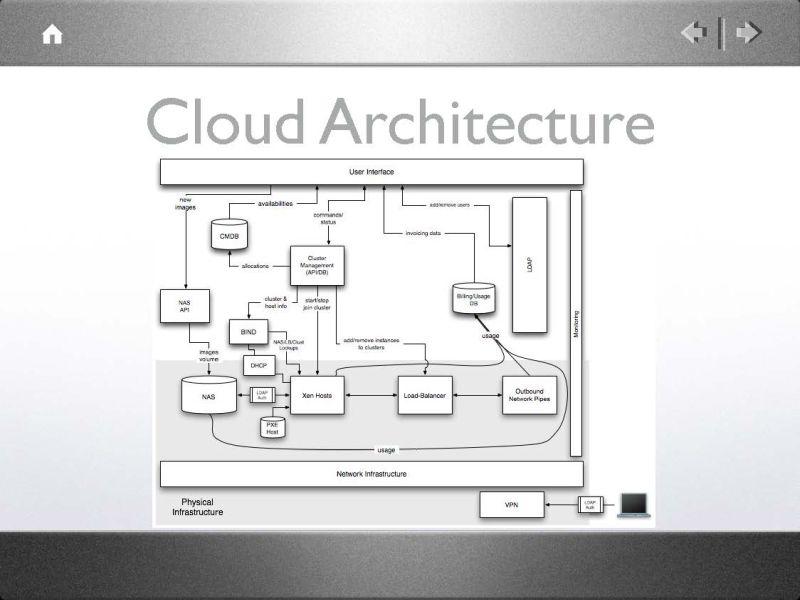 Each slide is basically a word and 3 bullet points. It’s not super fun to read. 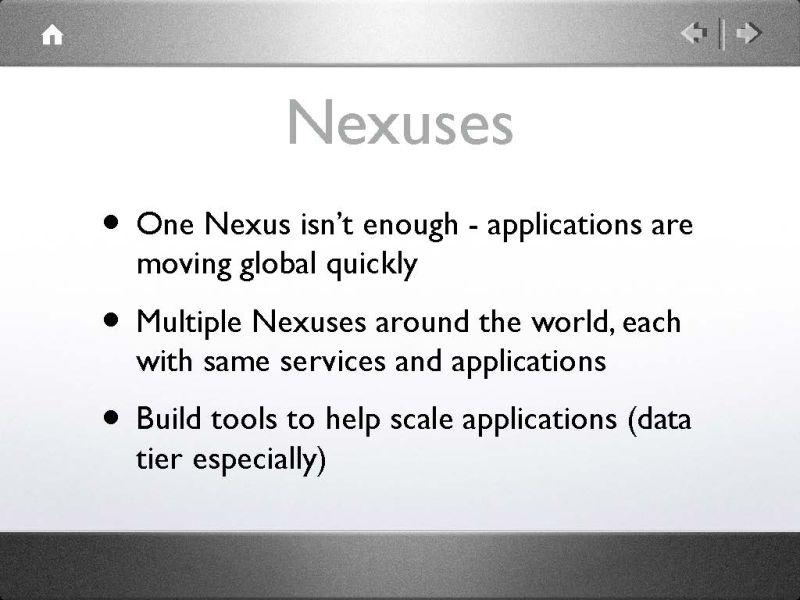 Reads like they aren’t really sure, but they will figure it out. They are at least fairly specific on the sources of revenue. 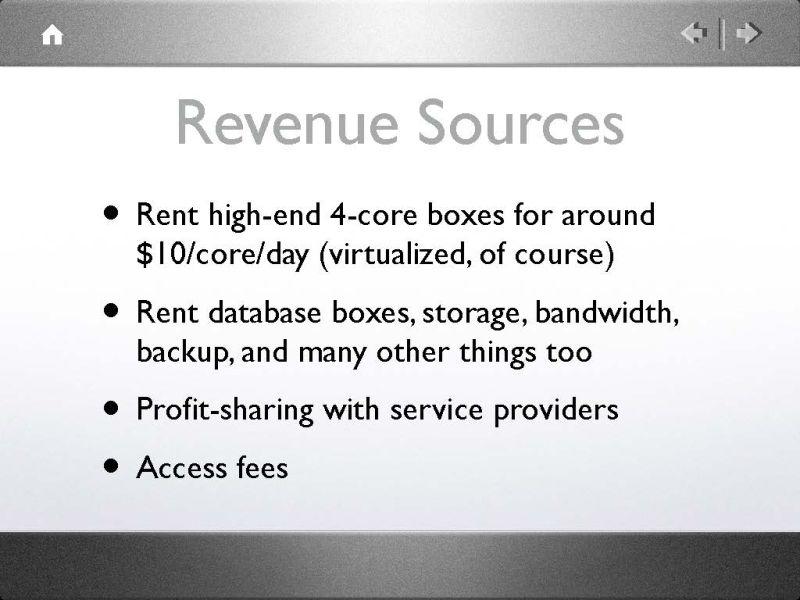 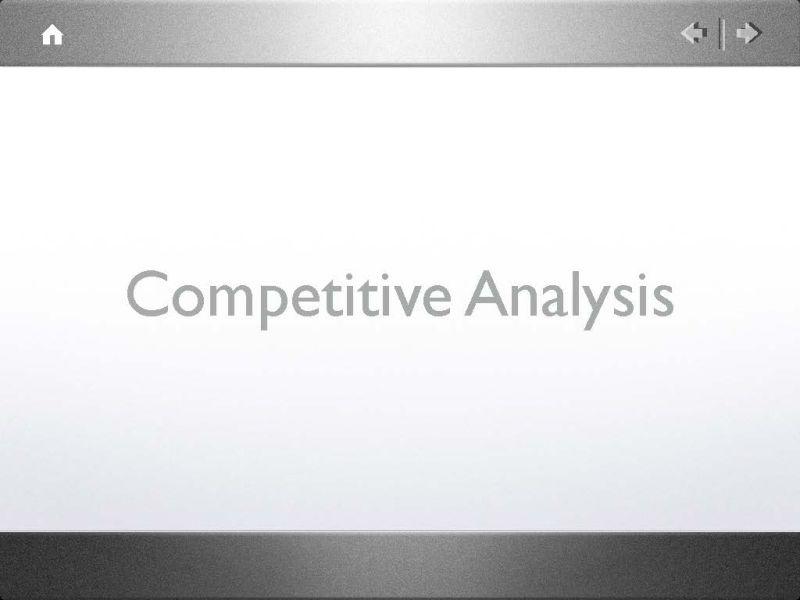 Sort of just says “trust us, we’ll figure it out”. They seem smart though. 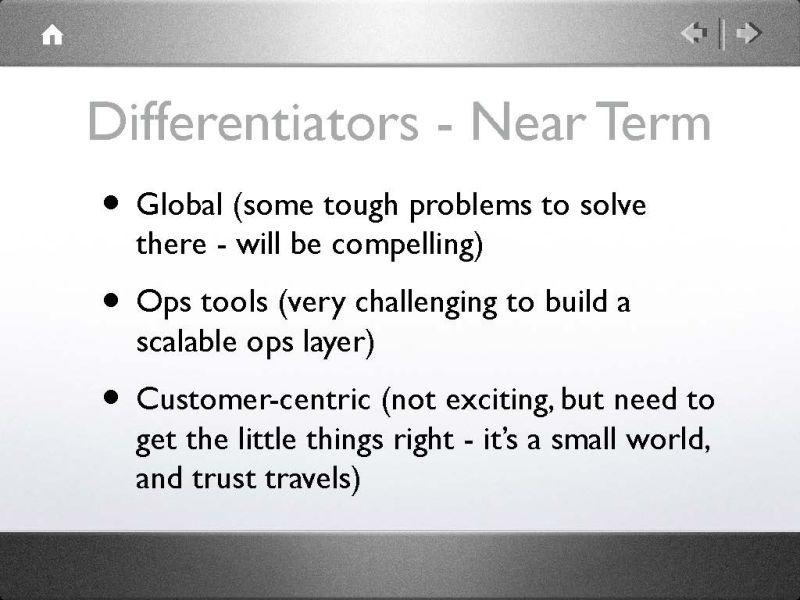 Lock in and network effects are defensible. Again it’s trust us to figure it out. 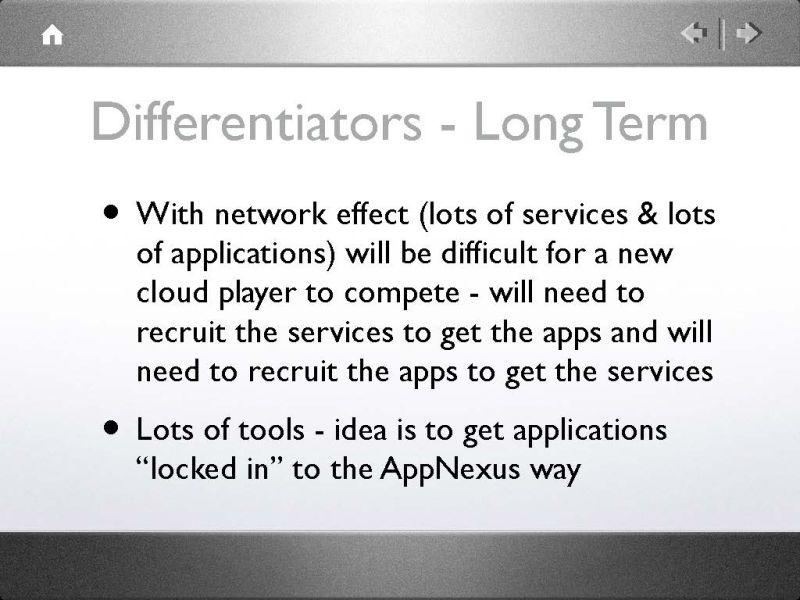 Why can’t this be in a matrix? 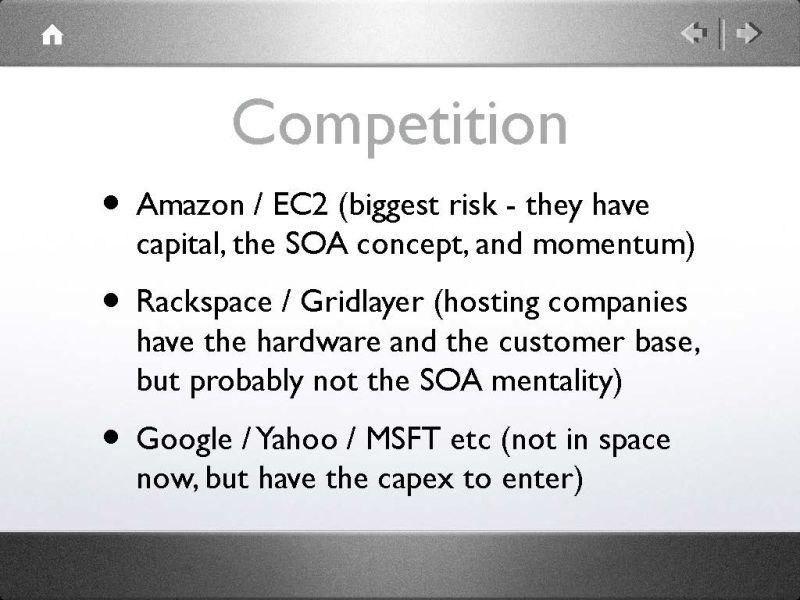 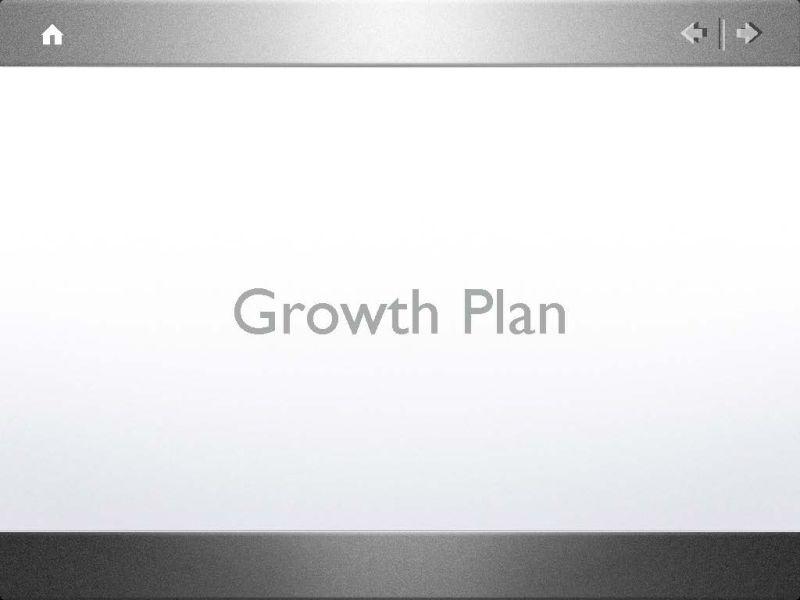 Isn’t this related to defensibility? 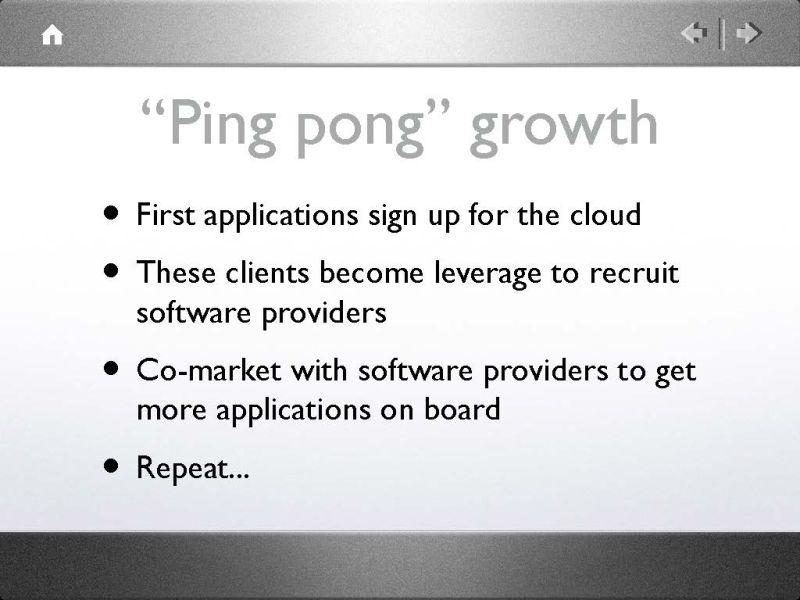 I don’t think that the next 7 slides have to be in the starting pitch deck. These are things an investor would get into details once they are interested. 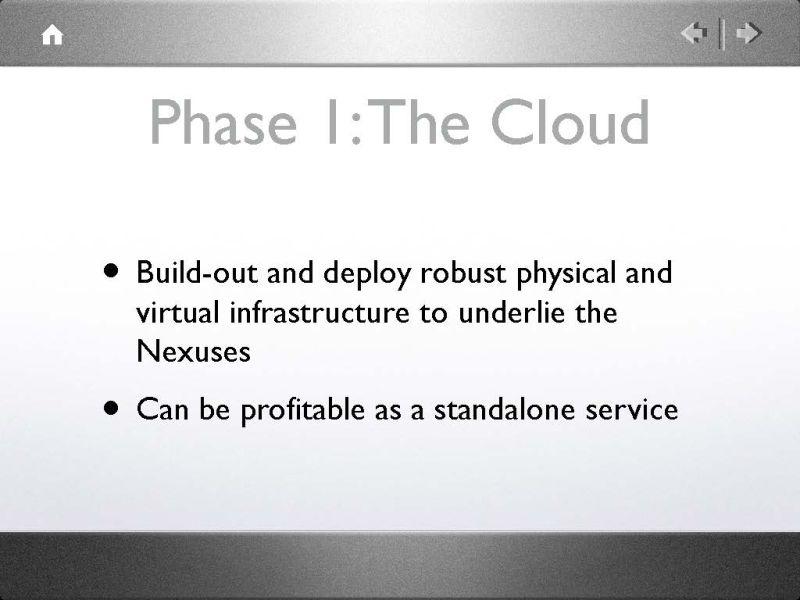 You would turn this into a line with milestone events to make it nicer to look at. 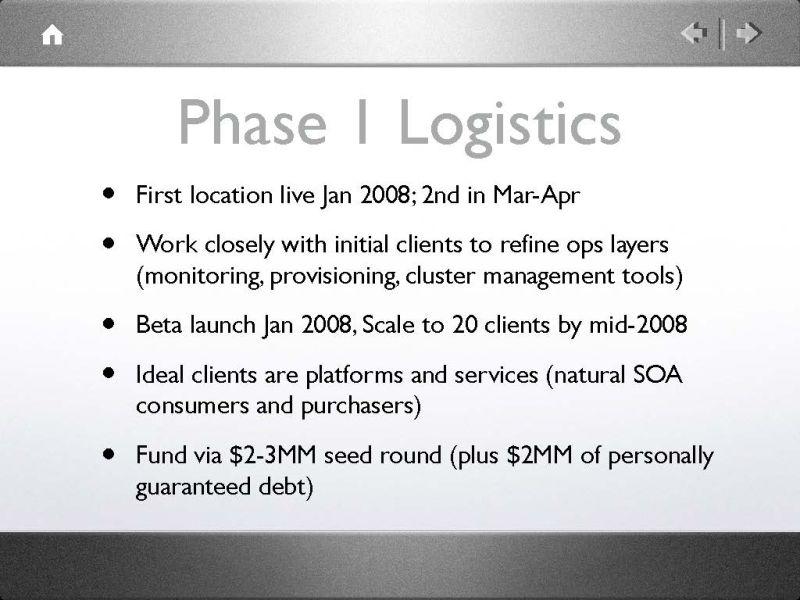 Is this customer targeting? The headers should explain. 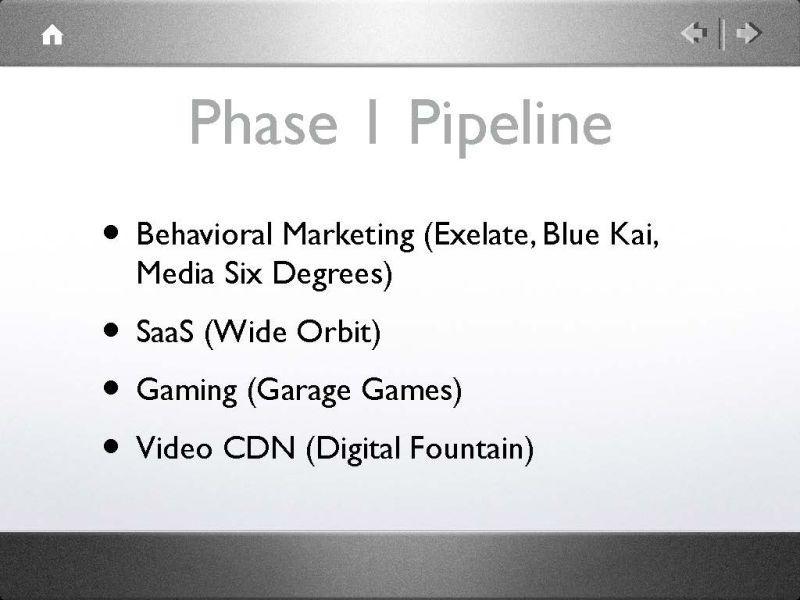 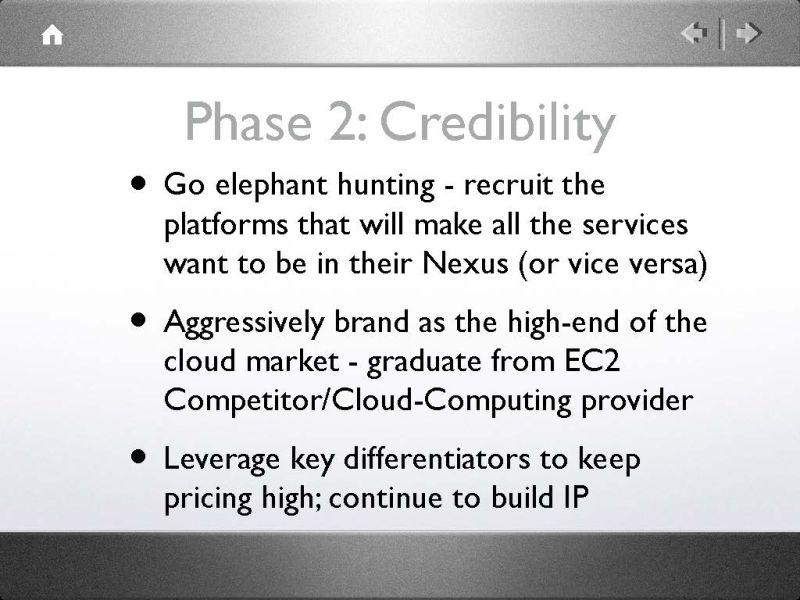 Good, they have a plan of the money they need to go further. 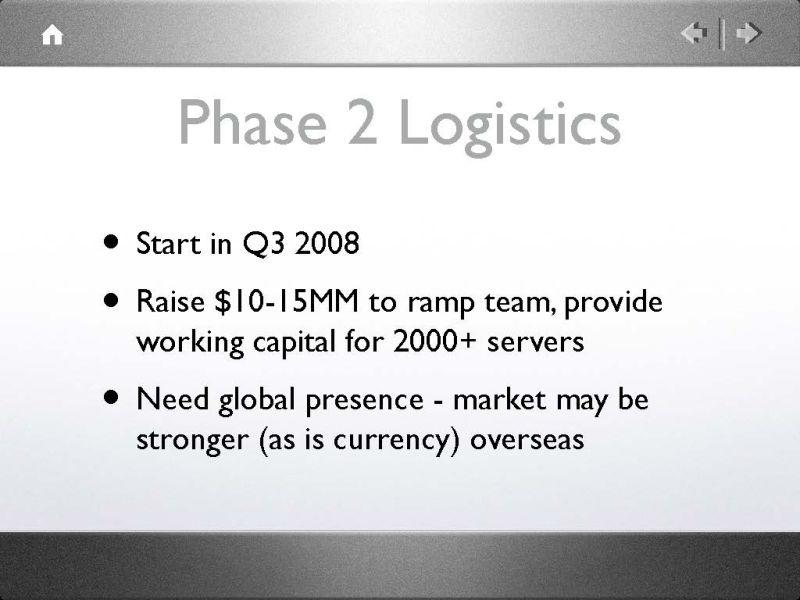 Do they really need to explain the entire plan? It’s an angel round? I’m not against it, I personally like there is a big plan, but it’s too much for the starter deck. 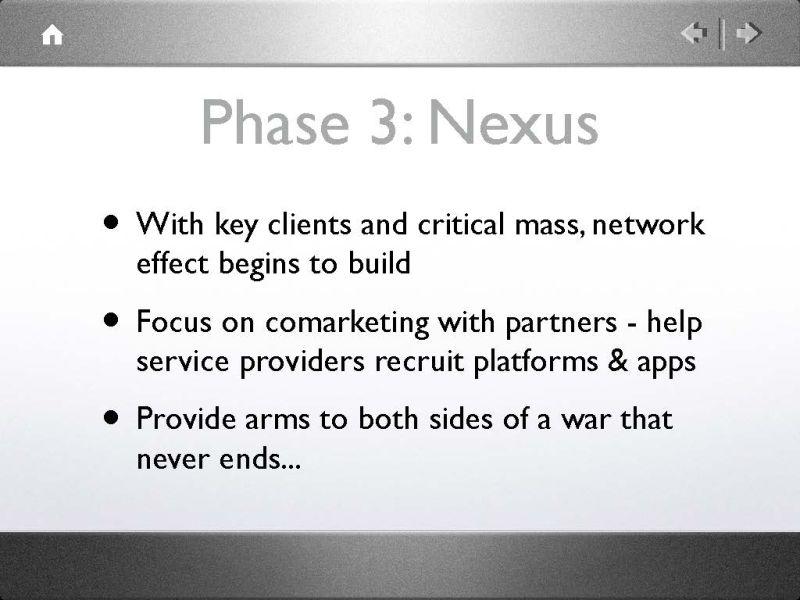 I like they mention the funding needed and why. 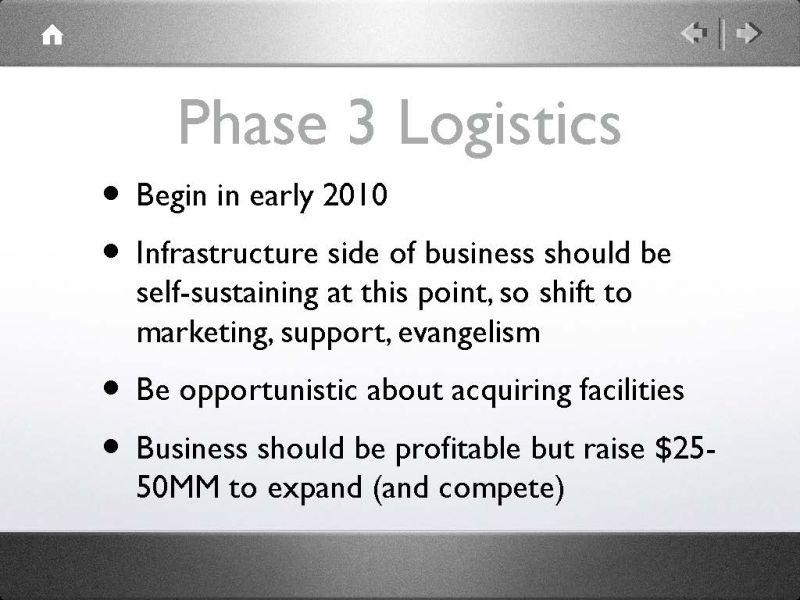 The financials aren’t in here. No one normally shares them anyway publicly. 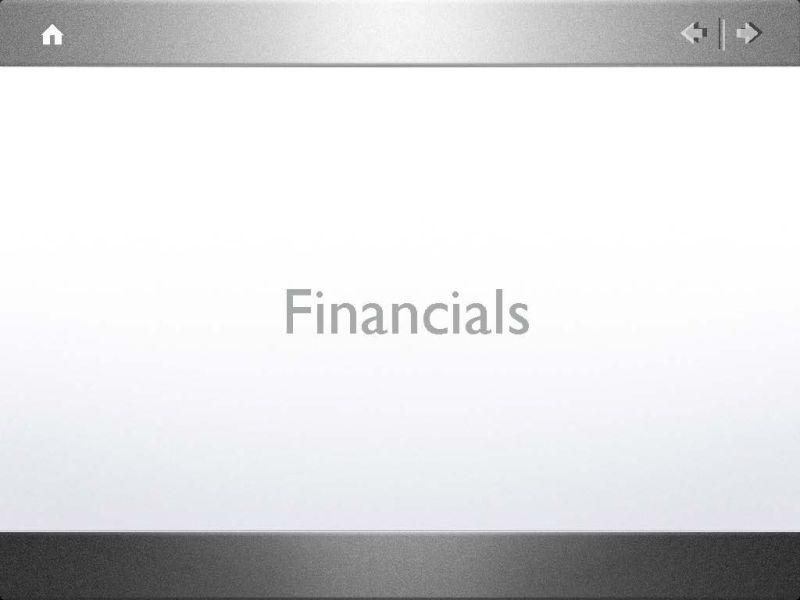