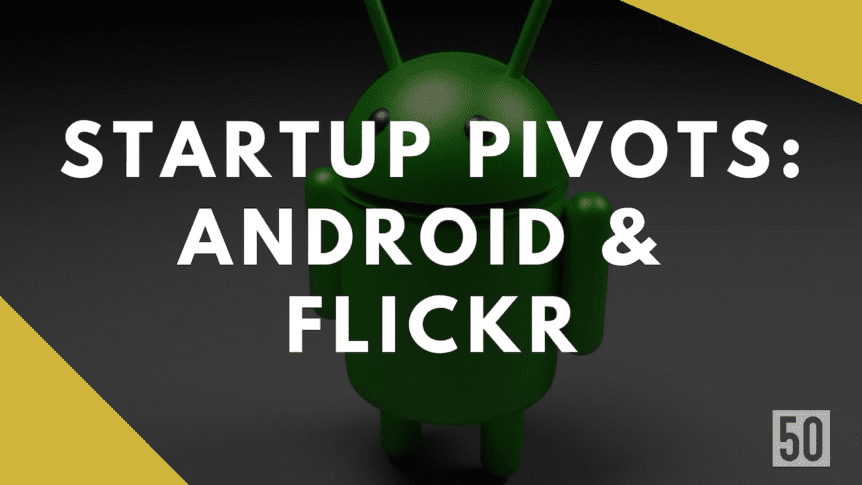 Startup isn’t clean. There is no master plan

Android pivoted out of being an operating system for cameras

When Android started, the goal was to create a camera platform with a cloud portion for storing photos online, and for smart cameras to connect to PCs.

A pitch to investors in April 2004 showed a camera connected “wired or wireless” to a home computer, which then linked to an “Android Datacenter.”

As everyone knows, Android didn’t focus on the smart camera market, they pivoted to smartphones. This is a fab example of seeing where the real market opportunity is after starting and pivoting to a larger opportunity. Something all founders should take note of.

The growth in digital cameras was gradually slowing as the technology became mainstream. They promptly changed their business plan… and the pitch five months later declared it to be an “open-source handset solution.”

The exact same platform, the exact same operating system we built for cameras, that became Android for cellphones

Android kept its software core, including its Java core (Which was the cause of a large lawsuit with Oracle).

There was an opportunity at the time because even as hardware costs fell steeply due to commoditization, software vendors were charging the same amount for the OS, eating up a large share of manufacturers’ budgets.

Android thought different creating a pick and shovel business model where they considered its product to be a platform for selling other services and products. Clearly, this would need scale, so they aimed for growth, not per-unit income and gave it away for an unbeatable price; free.

We wanted as many cellphones to use Android as possible. So instead of charging $99, or $59, or $69, to Android, we gave it away for free, because we knew the industry was price sensitive

Ludicorp was founded in 2002 by Stewart Butterfield and Caterina Fake, who were married at the time. The game studio, based in Vancouver, made a game called Game Neverending.

The MMOG is a role-playing game focused on social interaction and object manipulation. Game Neverending is said to be “lighthearted and humorous” with no way to win or no given definition of success. Objects “could be combined to create other objects, but any given object only served a questionable amount of purpose.” The first prototype went live in 2002 and closed in 2004, never getting out of beta. If you happened to be at the O’Reilly Emerging Tech Conference on February 10, 2004, you had the opportunity to witness a meaningful moment in the history of the web. The founders were at the conference to talk about the technology behind Game Neverending, but while they were there, they also unveiled their side project. It was a tool for sharing photos, and they called it Flickr.

Flickr was a service that combined chat rooms with real-time photo sharing. Features for less instantaneous communications quickly elbowed out the original concept, which got renamed FlickrLive and then disappeared.

So whilst the game didn’t exactly reach critical acclaim, it did yield some useful tools from side-projects. The tools behind the game were used as the foundation for Flickr, and the .gne file extension in Flickr is a legacy from Game Neverending.

Ludicorp didn’t invent photo sharing as they launched years after the first three big names in the category: Ofoto, Shutterfly and Snapfish, all of which launched in 1999. Online sharing was just a feature to get people to buy prints of digital photos for the competition.

Flickr had a real focus and sharing was the whole idea. From the start, it was building a community of photo lovers around the world who wanted to share images with other photo lovers, as well as tonnes of special interest sub-communities. It was about storytelling.

Stewart went on to found Slack… another notable pivot!