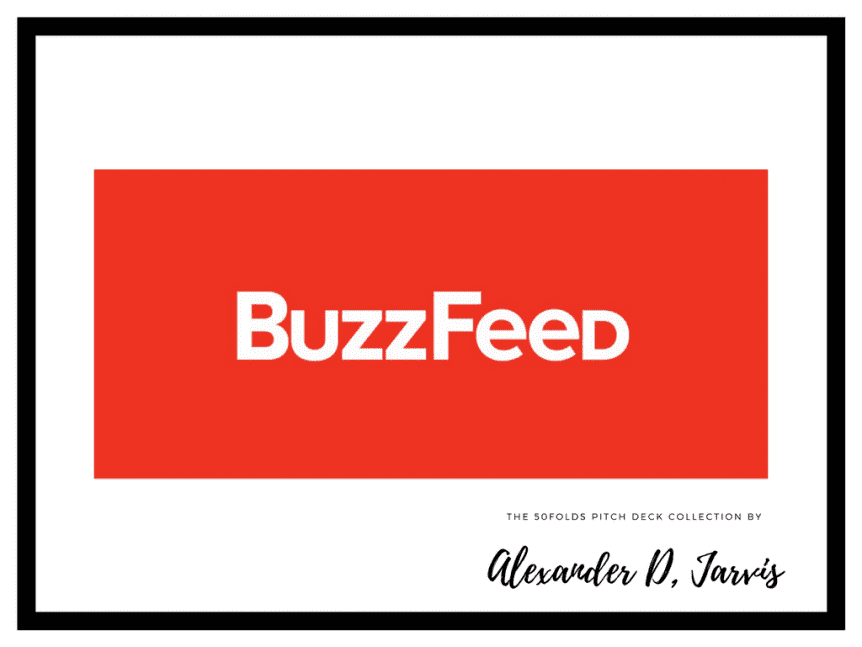 BuzzFeed is a cross-platform digital media company delivering news and entertainment content to a global audience. It is redefining online advertising with its social, content-driven publishing technology. BuzzFeed provides the most shareable breaking news, original reporting, entertainment, and video across the social web to its global audience of more than 200M.
BuzzFeed was founded in 2006 by Jonah Peretti and John Johnson. It is headquartered in New York, N.Y.
BuzzFeed had $300M in estimated revenue annually. BuzzFeed competes with Refinery29, BlackVoices.com, and Mic Network.

Back in the spring of 2008, BuzzFeed founder and CEO Jonah Peretti put together an investor deck as his five-employee startup was trying to raise its Series A investment. Yesterday, he showed it to his staff at an all-hands meeting; BuzzFeed President Jon Steinberg was then kind enough to pass it along to Ad Age.

In an email this morning, he explained his thinking at the time.

“I was still at huffpost so I was in a bit of denial about not hiring editors,” he said. “I thought huffpost could be a media business and BuzzFeed a tech business which would avoid the awkwardness of both companies trying to hire the same type of people. We didn’t start hiring lots of editors until after Aol bought HuffPost and I was no longer affiliated. Also the VCs I was meeting had a strong anti-editorial bias which is still mostly true today.”

The deck includes a separate detail that would today make the company’s president Jon Steinberg cringe: the inclusion of standard ad units on some Buzzfeed.com pages (slide 17). BuzzFeed, of course, eschews standard ad units on its site and instead relies on sponsored posts. The standard ads, Mr. Peretti wrote, would be “dynamically” placed “next to the hottest content.”

But the deck also shows that Mr. Peretti saw the rise of native advertising before most others. One of the keys to the business model was “Advertising as content,” according to the deck.

On the next slide, Mr. Peretti fleshes that idea out a bit. “The future of the industry is advertising as content. Key Examples: Google sponsored links and YouTube promoted videos. Advertising and editorial content have the same format.”

“BuzzFeed partners can publish and promote their buzz on the BuzzFeed site,” he wrote. “The promotion is native to the site and works as content and advertising.”

As for competition, Mr Peretti predicted: “Competition will come as content and advertising converges and more companies enter that space.”

The deck is just a disappointment. They really do have a lot of things to talk about that I would be interested in reading about for shits and giggles. They don’t explain anything interesting.

Look at the deck and just see how uninteresting it is. Wasted potential. It’s not like they didn’t do any thinking, they just explained it terribly.

There needs to be around 30 more words to explain what is cool. I wish they wrote more.

There are 20 slides which is in the ball park sweet spot. There’s just so little detail on them.

It’s the baseline you need.

Erhh, without headers you don’t have a story. Without a good title, you don’t get clicks. WTF, Buzzfeed. You had ONE JOB!

They flip-flop a bit. It’s just not great. It’s disorganized. They seem creative without a nerd to organize them.

Hm, question for you. What do you think is missing? Go have a look. This is the point of reading these blogs.

I don’t feel like there is a plan, what they are really going to spend money on, etc.

The cover slide is fine. I’d like that to be the logo (is it?) as it looks like text.

The last thing missing is the tag line so i get an idea of what I’m getting. 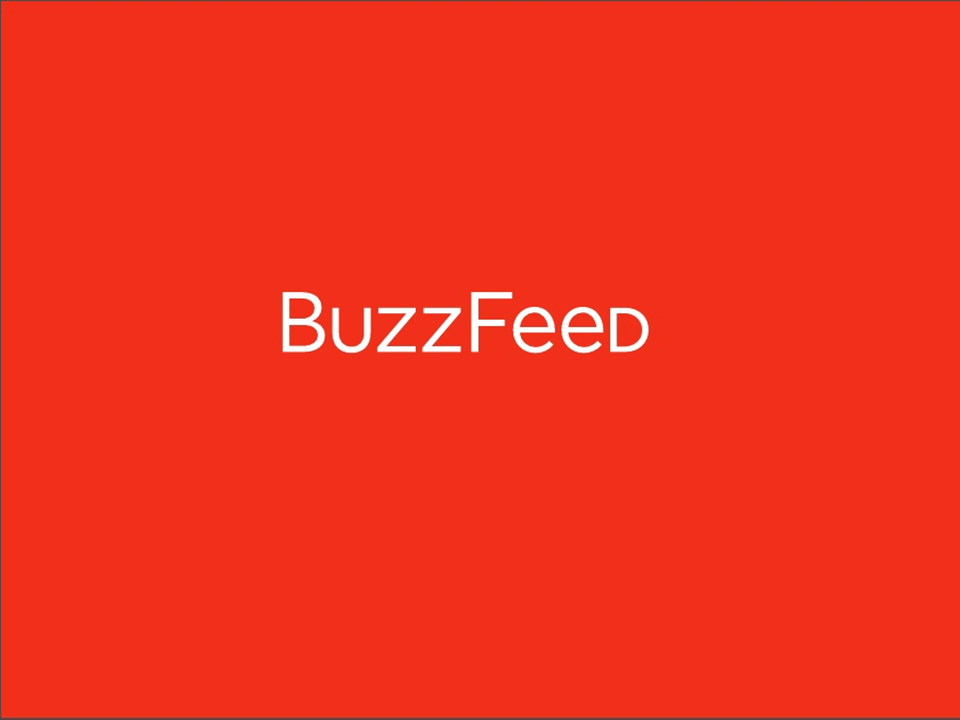 The next slide should be the industry to set context. Maybe that news is boring, engagement is low, etc.

Starting out with a traction is not something I do at the start at all. I put that in the last thirdish of the deck.

The assumption here is that the investors already know about the startup so the founders are not messing about. They are getting to the point. You can’t do this if you don’t know the investors you are pitching.

The slide is dull. 6 bullet points. I want charts. If you are super early stage, then you can go this way, it’s just not particularly intellectual.

The content is not bad though. I want to know more. Patent pending to make content? What did they make?? 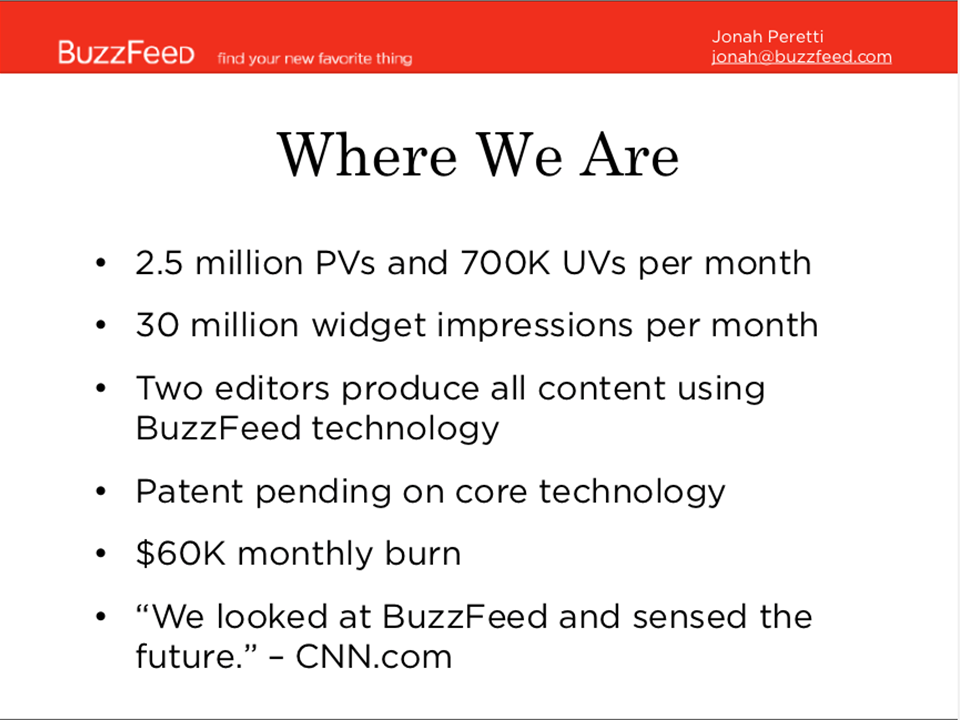 Narrative, what’s next from where they are is logical, but it should again be at the end of the deck. 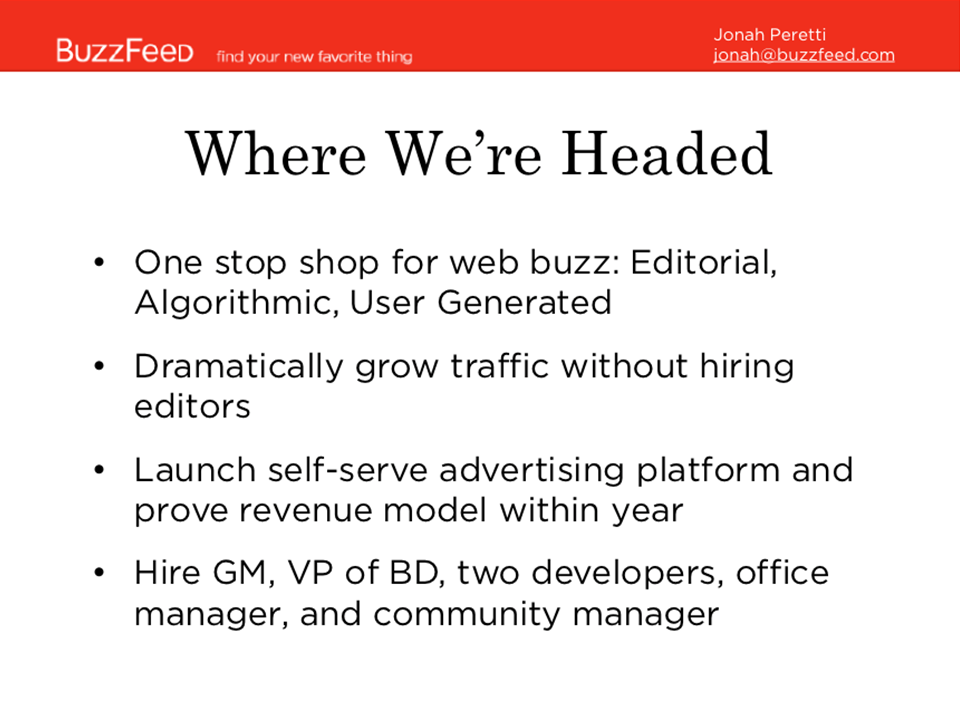 Things take a dive now. Why is the header in the footer? What’s the point? I don’t know unless the founder is explaining. This is not an intro deck, it’s a stage deck.

Don’t just dump an image on a slide. Explain it. 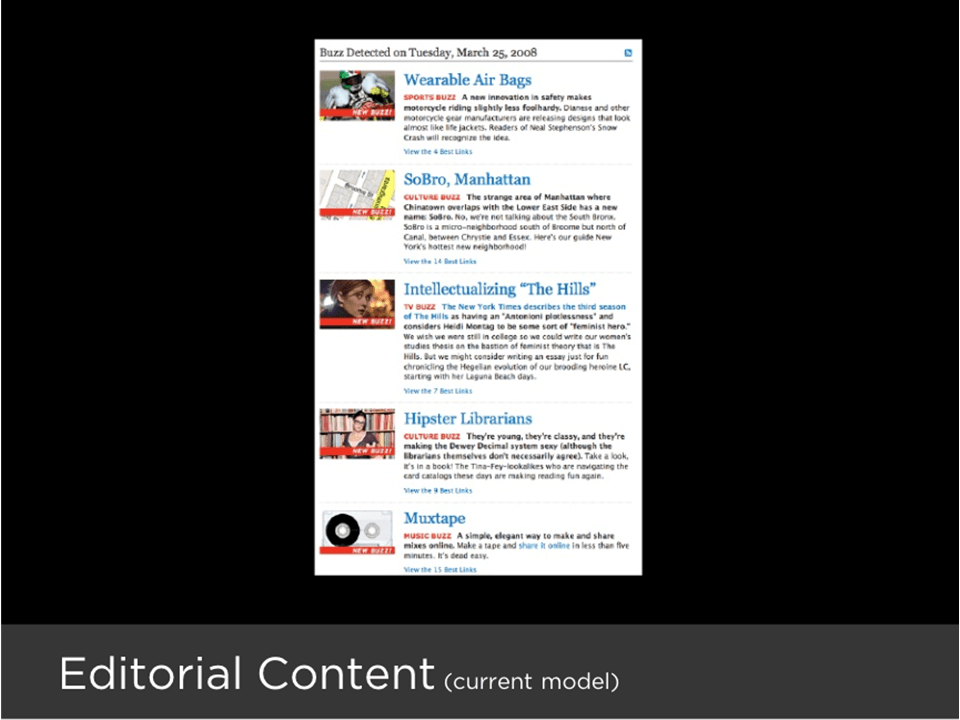 Hang on, 13 years later and I’m still interested in what this algorithm is. Why is this not being explained?

I can’t look at these images and tell. 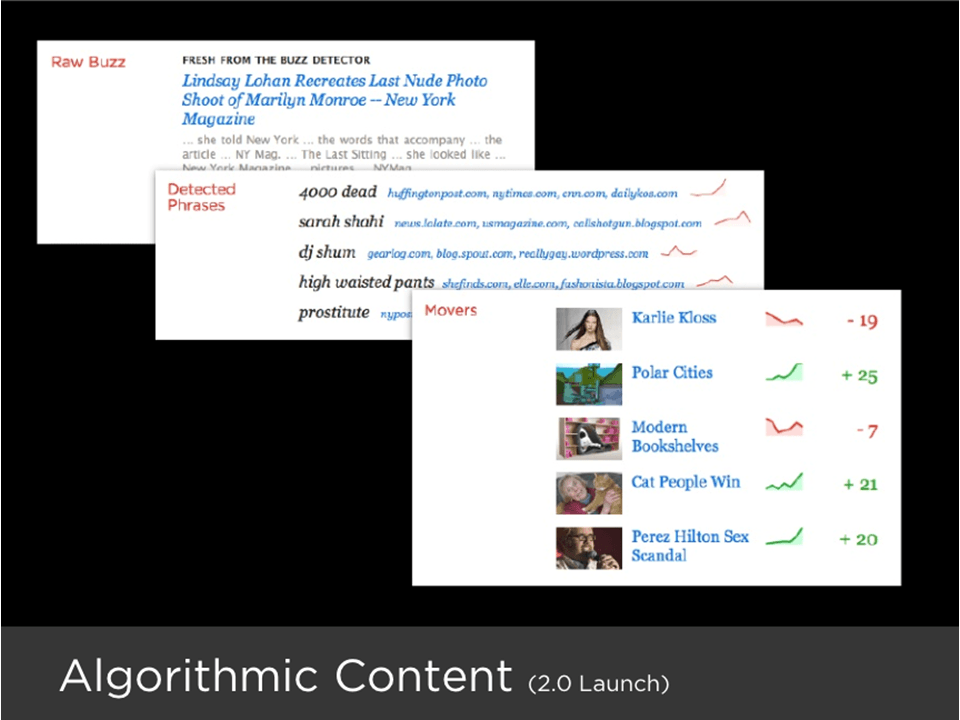 The same goes for this slide. Same rubbish I don’t understand. 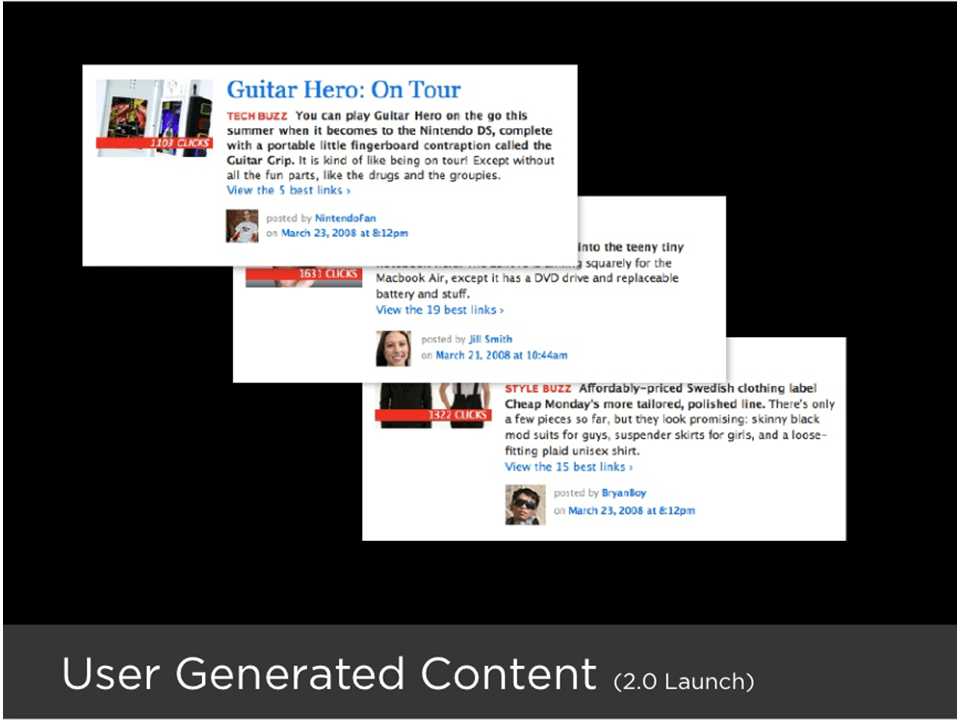 Yet again, but there are three points. I don’t understand them, but apparently they are BUZZy. 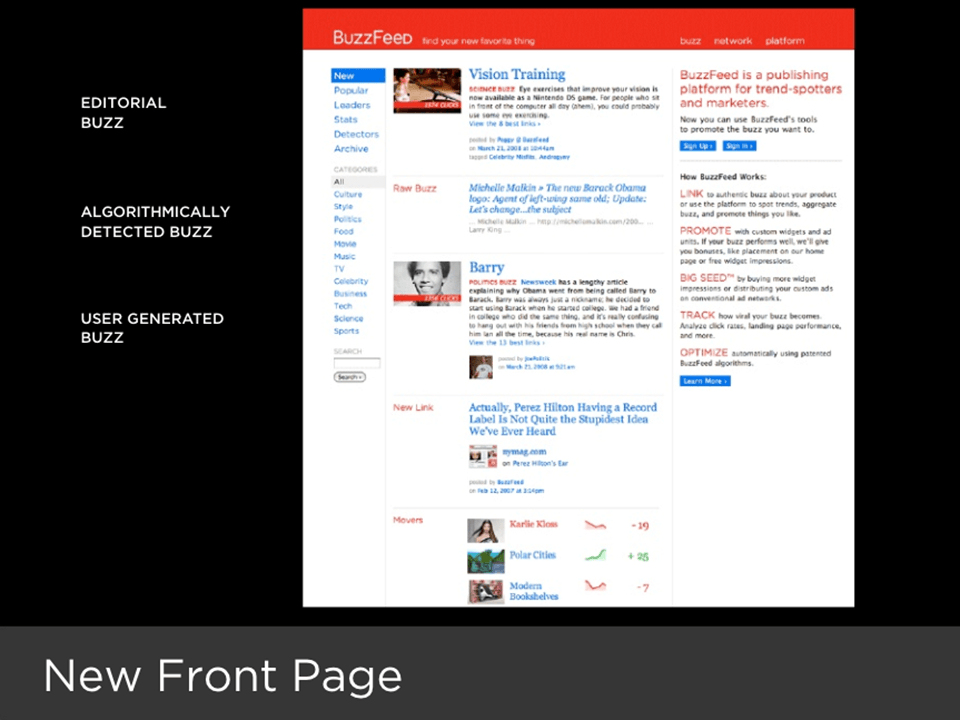 There’s an interesting story to tell in this deck and as journalists, they should be capable of doing that. 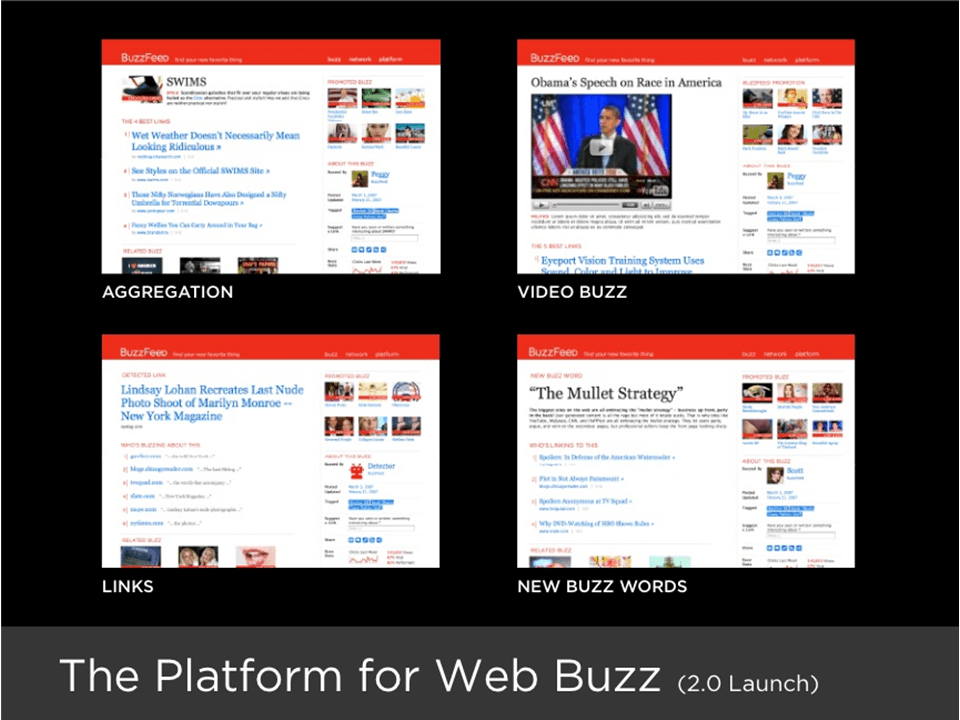 What is the web app? Do you understand my annoyance? 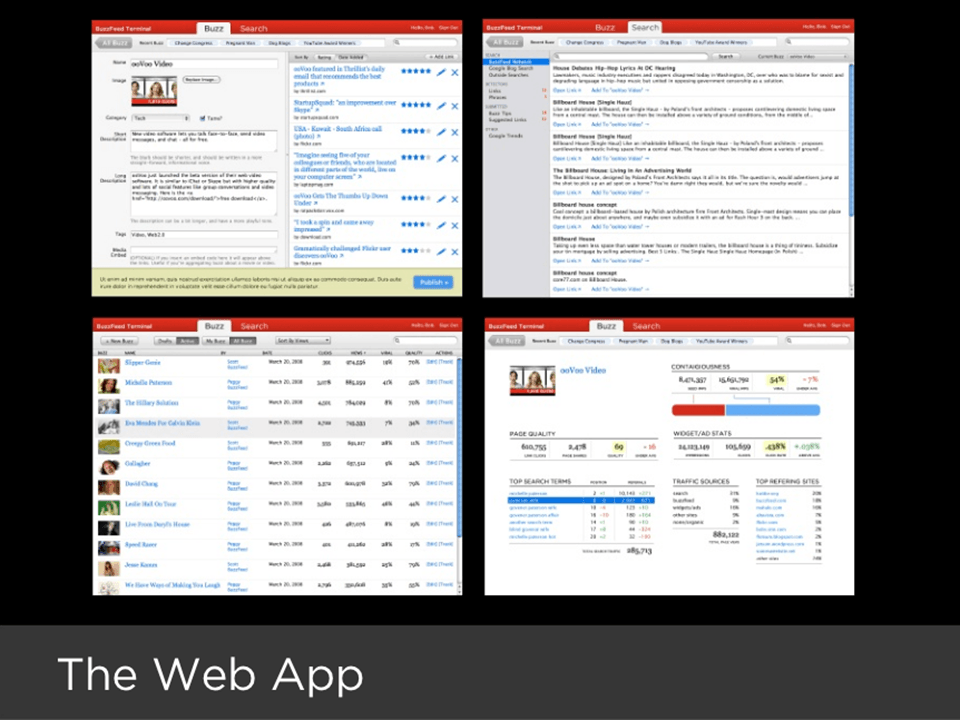 This is slightly better compared to what was before. It’s still a lame slide you would use on the stage. 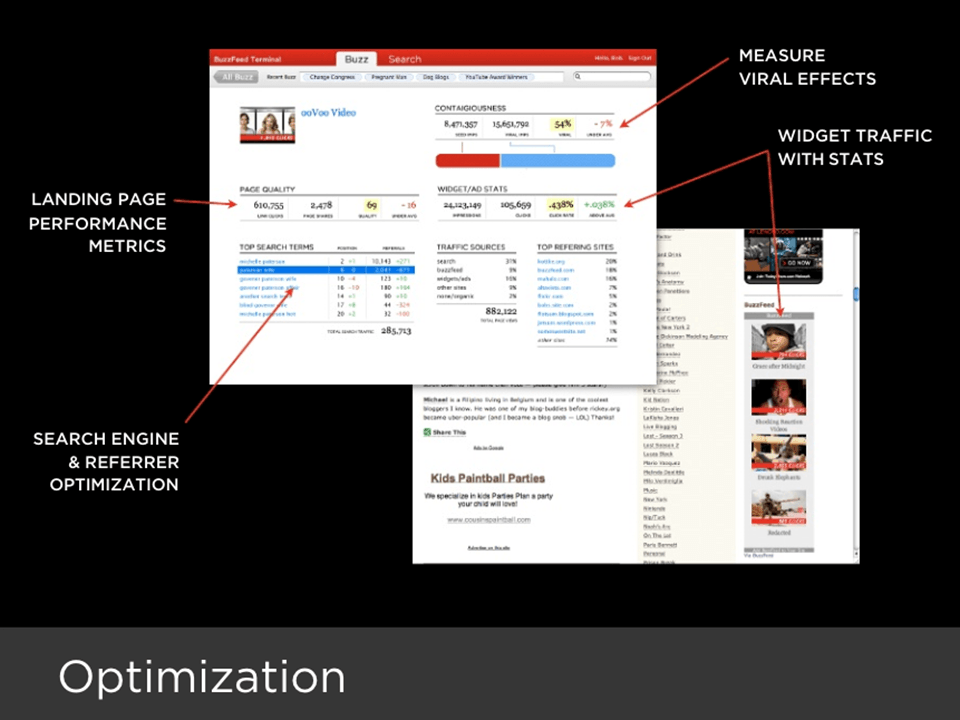 Yet again. What’s the point of the spotters? 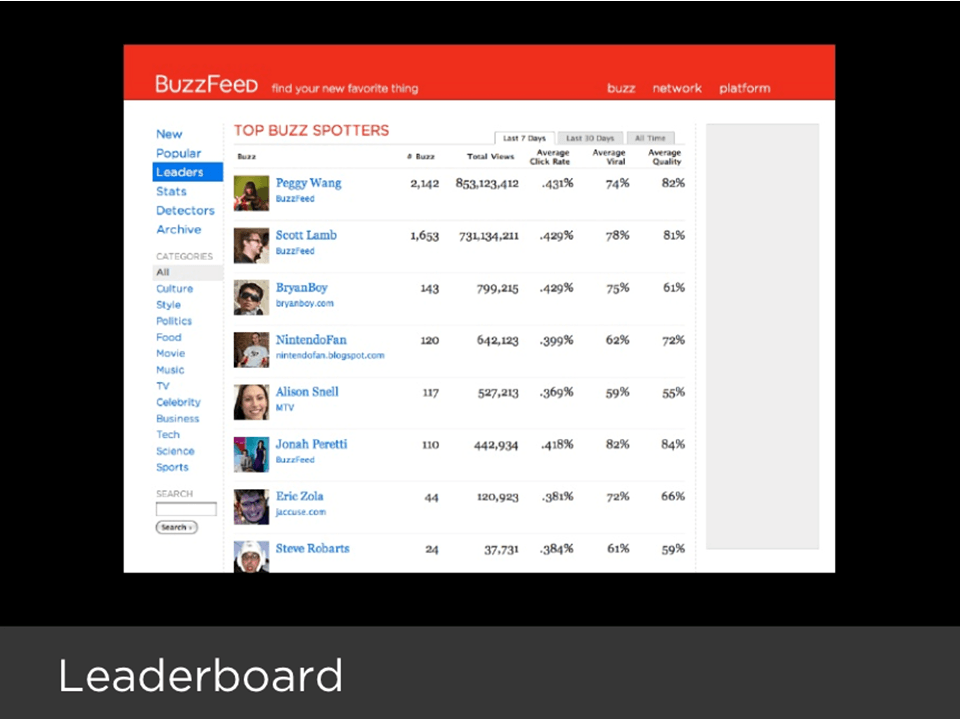 Ok, what’s going on here? They have a header, sort of. The slide structure has changed.

The points are fine, but they are not specific. If they are saying we don’t know but we will figure it out, then fine, but say that. 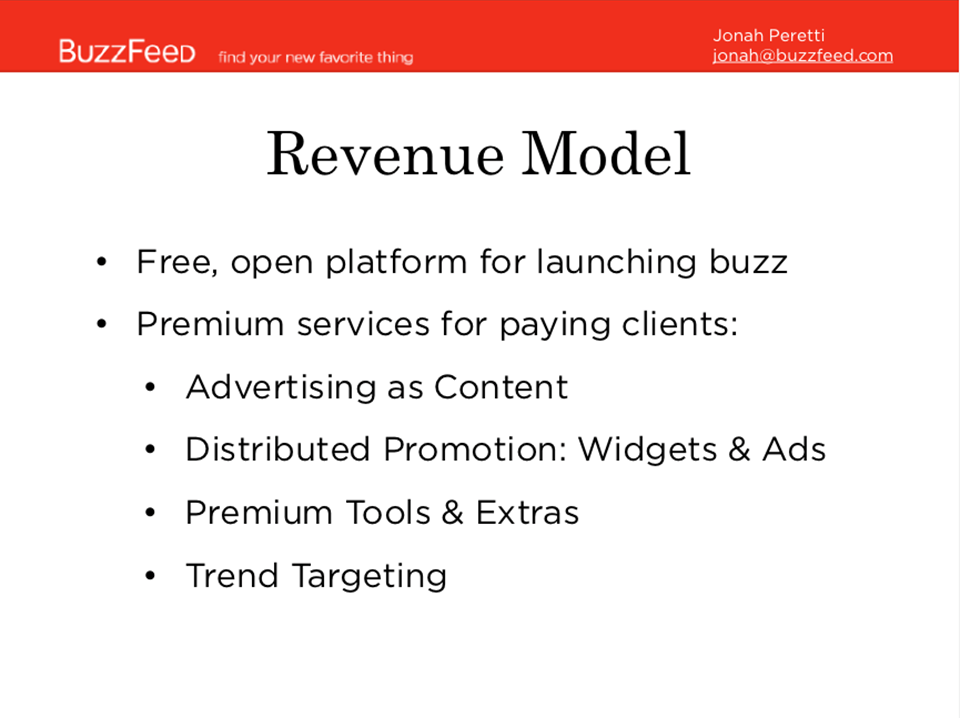 Back to the old format again with rubbish content. They should have explained the “market direction”. 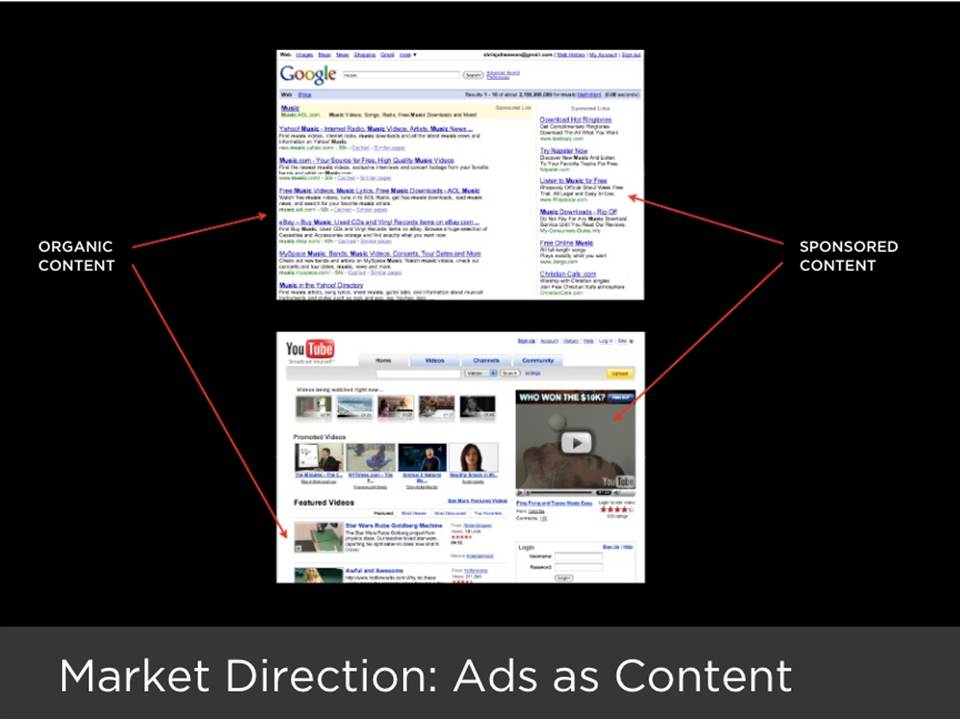 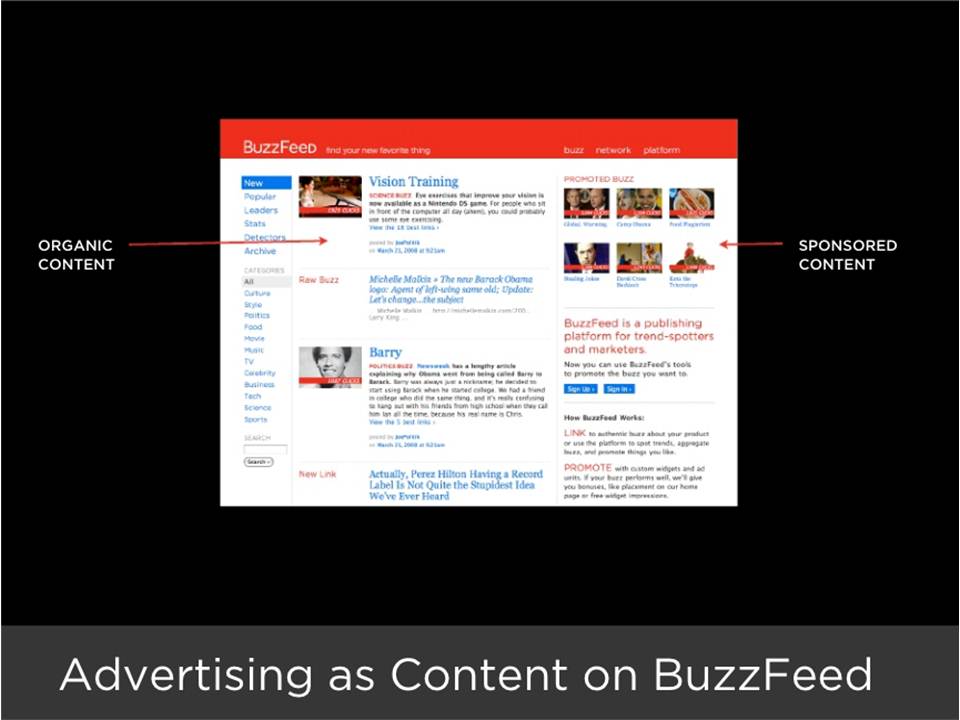 I don’t understand these slides. Neither would investors unless they were talked to. 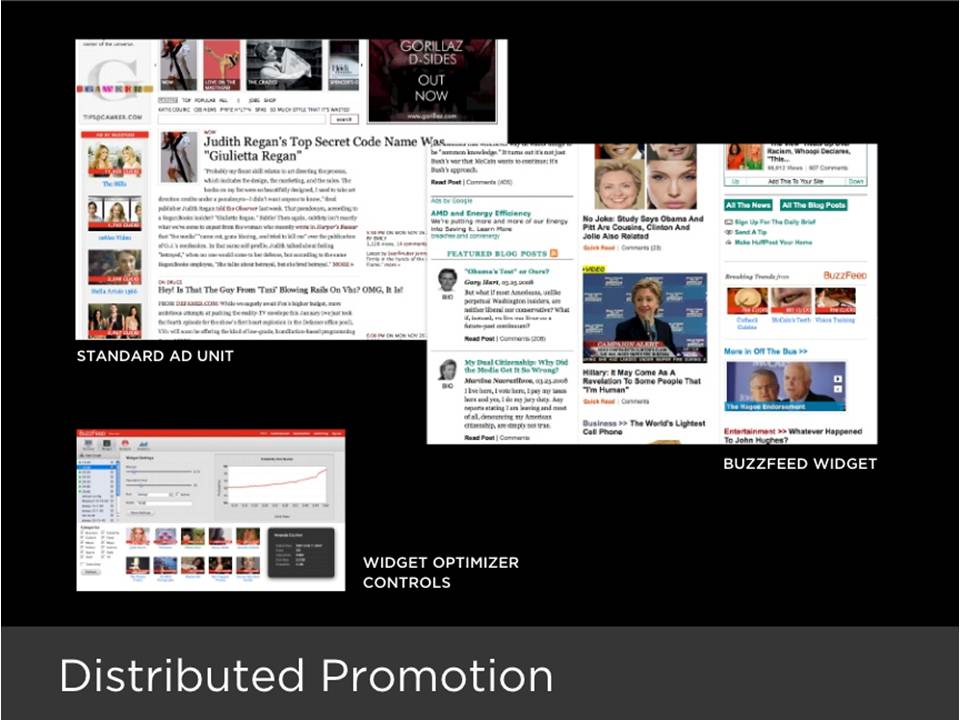 A little explanation could make the slide better. 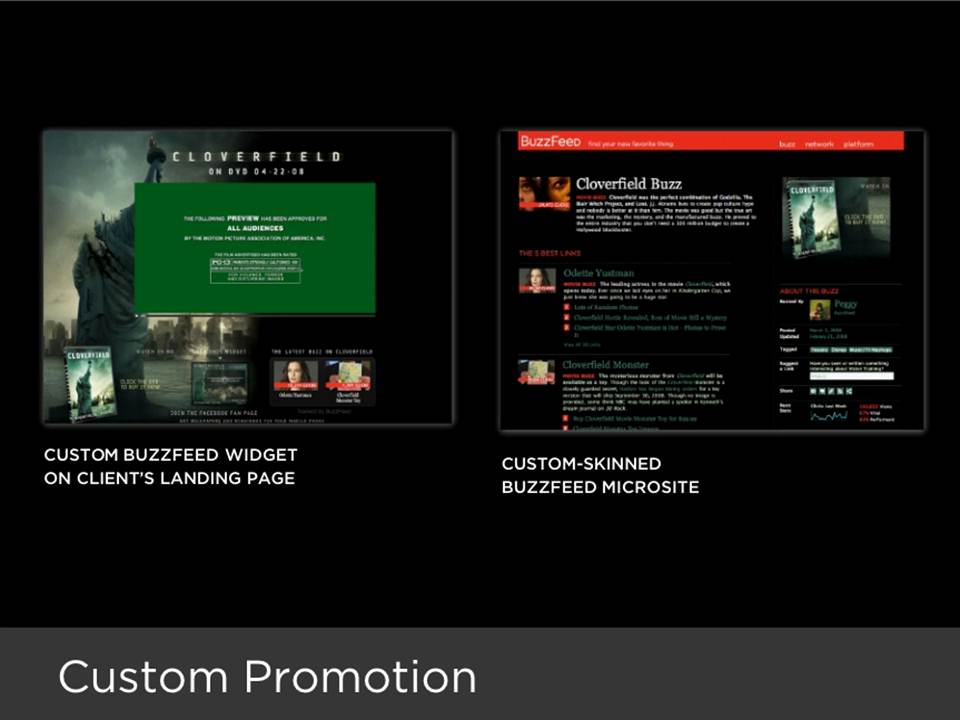 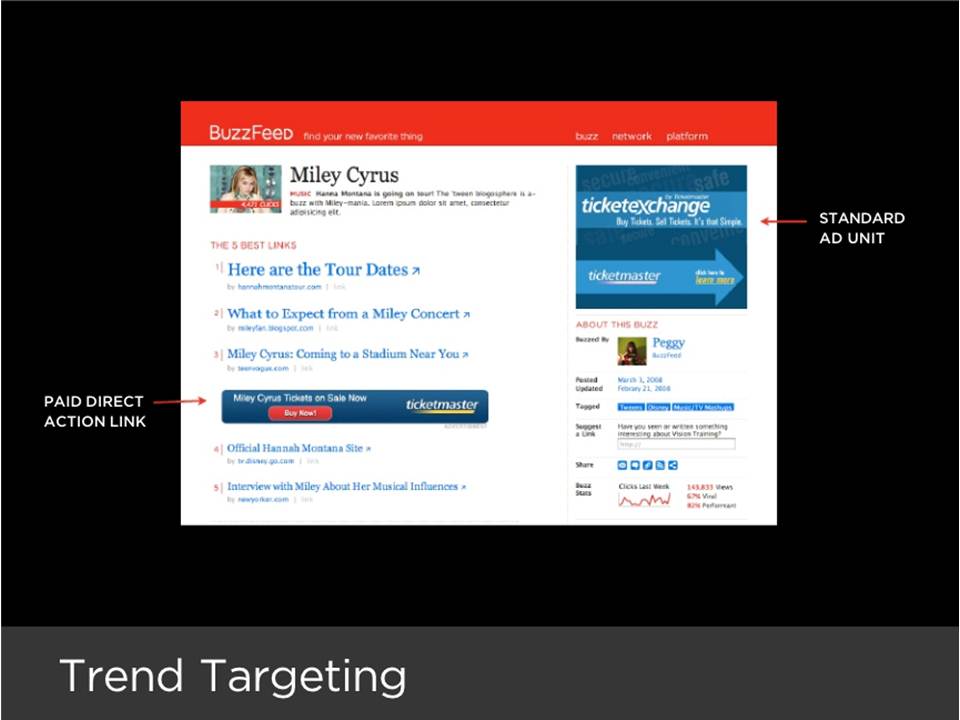 Finally, a little work has been done. Do you think that they did a good job though? 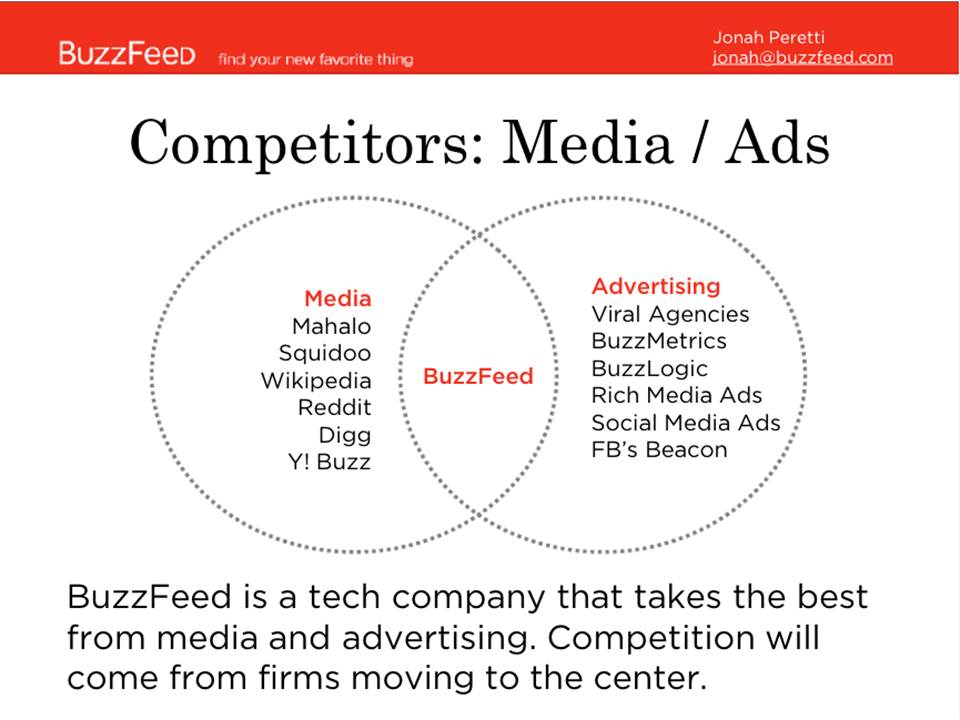 Finally, they are getting into slides that investors wonder about. I don’t normally put this slide in a deck, but if you know it is a consideration for investors based on feedback, then respond in kind and adapt your deck. This is why your deck should not be the same as everyone else, and looking at examples like this can mess you up.

When people write these “vision” slides, they fell very untangible. I feel like solid work was put in here. These slides are not easy to get right. 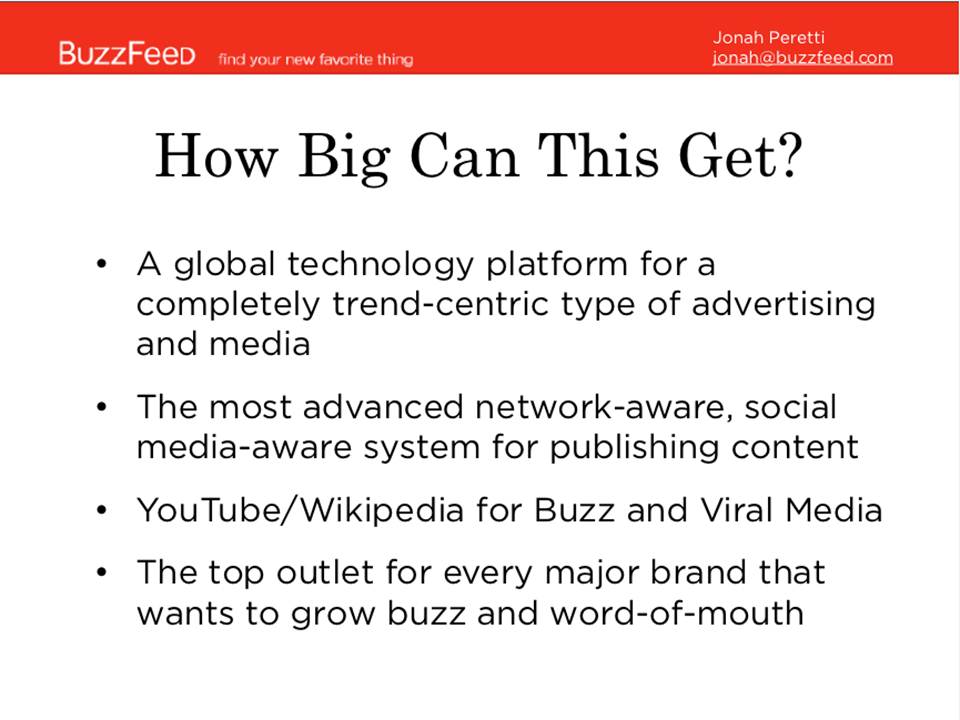 Always add your founder images. It humanizes you.

But come one, what does a name and title add? Nothing. Why are you awesome?

Add in at least one point about why you rock. 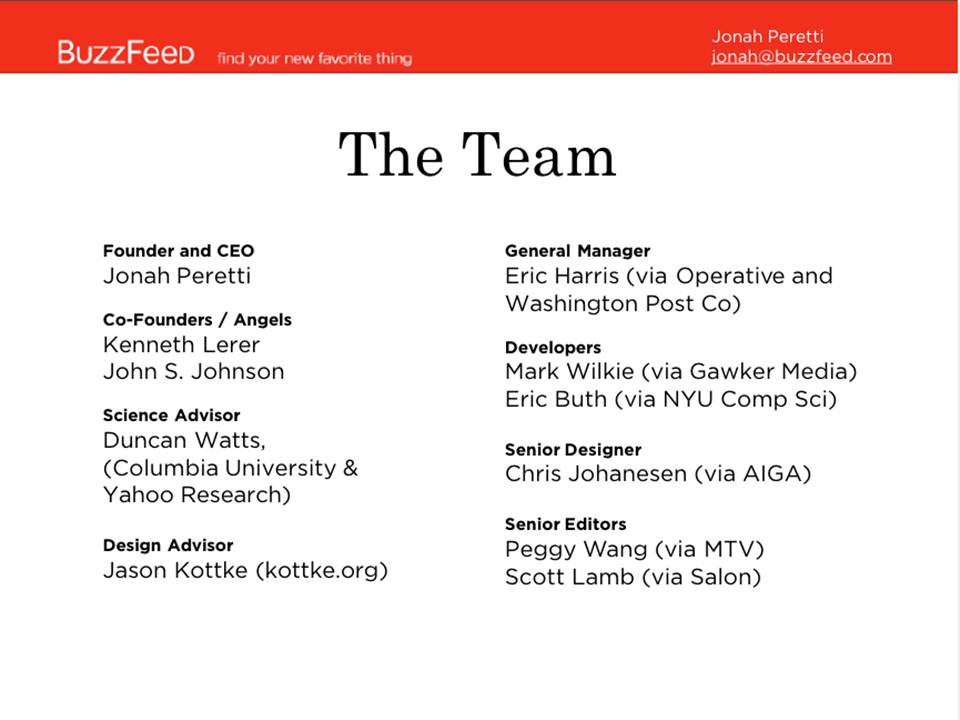 Don’t do this. Investors have your email since they got the deck. Who knows what stamps are?

Write the three things to remember at the end.