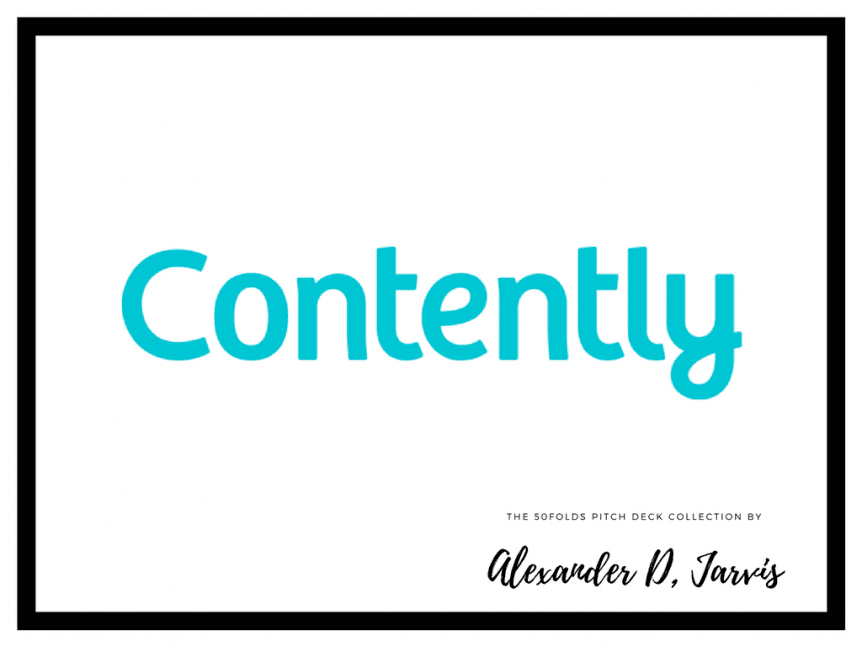 Here’s the deck Contently, founded in 2010 by David T. Goldberg, Joe Coleman and Shane Snow, used to raise a $9m series-b from my friend at Jackson Square Ventures. In total they have raised $19.1M in 7 Rounds from 13 Investors.

Contently’s mission is to is to build a better media world—for creatives who live to tell stories and tell stories to live, for businesses that want better ways to connect with consumers, and for everyday people who rely on stories to understand the world better.

Contently is a technology company that helps enterprise companies create results-driven content by providing them with smart technology, vetted creative talent, and proven expertise. We are a software business built by content creators, and both our products and our philosophy reflect this—which is why we count some of the best content marketing brands in the world as our clients.

The deck is professionally done and they used a graphic designer to spruce things up a bit. For a series-b deck it is rather short, but we don’t know if this is the full deck or not. This deck certainly passes the VC ‘flick test.’ You can flick through it in 15 seconds and be able to roughly explain what they do. All in all I quite like this deck- it’s quite friendly and approachable. It’s not the best deck I have ever seen, but certainly something I would review to steal a few ideas from.

I still don’t really know what it is that they do. So maybe an issue with words there.

At 14 slides it is on the short end for a later stage deck.

They have a very inconsistent and peculiar manner for headers.

The slides do flow, I just find it a little hard to follow.

There are no slide numbers.

I don’t like that they randomly add text boxes in places.

They cover most of what you would want to know. I have no comprehension what their specific market opportunity is.

Contently Raises $9M to Put Journalists to Work — In Marketing

Cover is fine. You don’t have to put logos on the cover. These are weird things to redact. 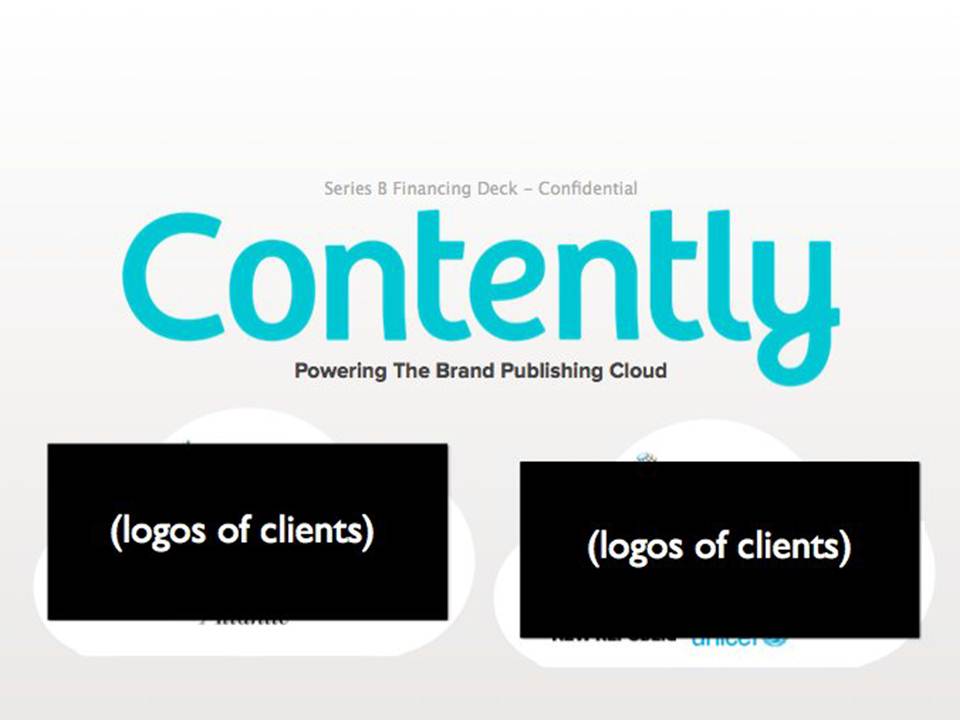 Jeez, wtf is with the grey text at the bottom of the slide? This is one of the worst examples of formatting I’ve ever seen.

You can’t make claims like this. You need to prove what you say.

Start explaining what it is you do. 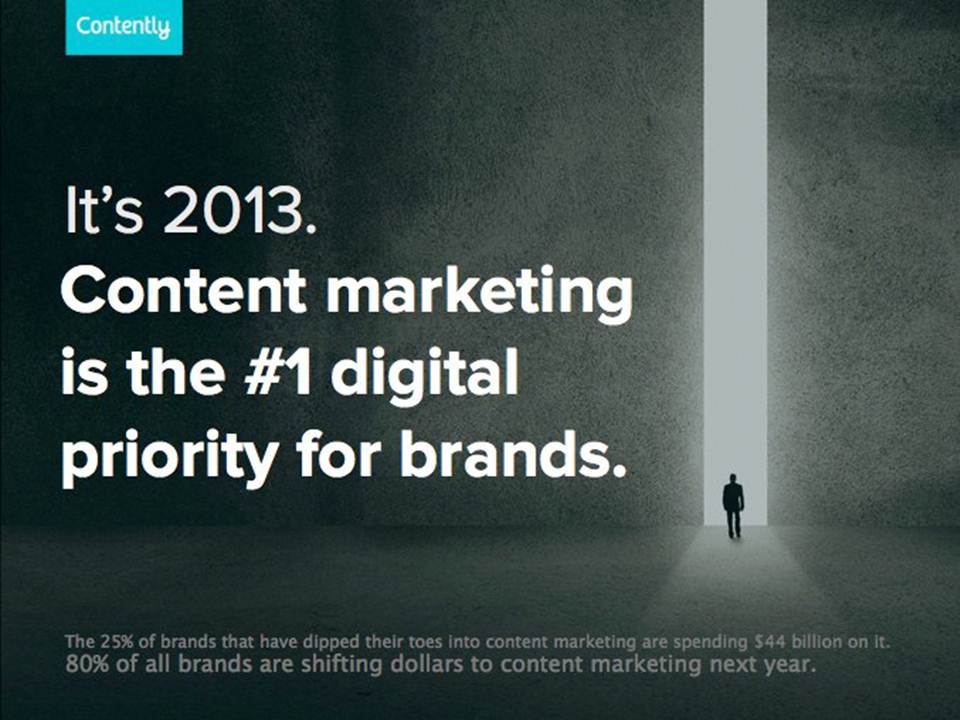 Generally, don’t paste images, format them natively. This is a lot of effort to reformat though. But also there are a lot of lines. Why haven’t they highlighted the ones that matter?

Again, wtf is going on with the grey text? 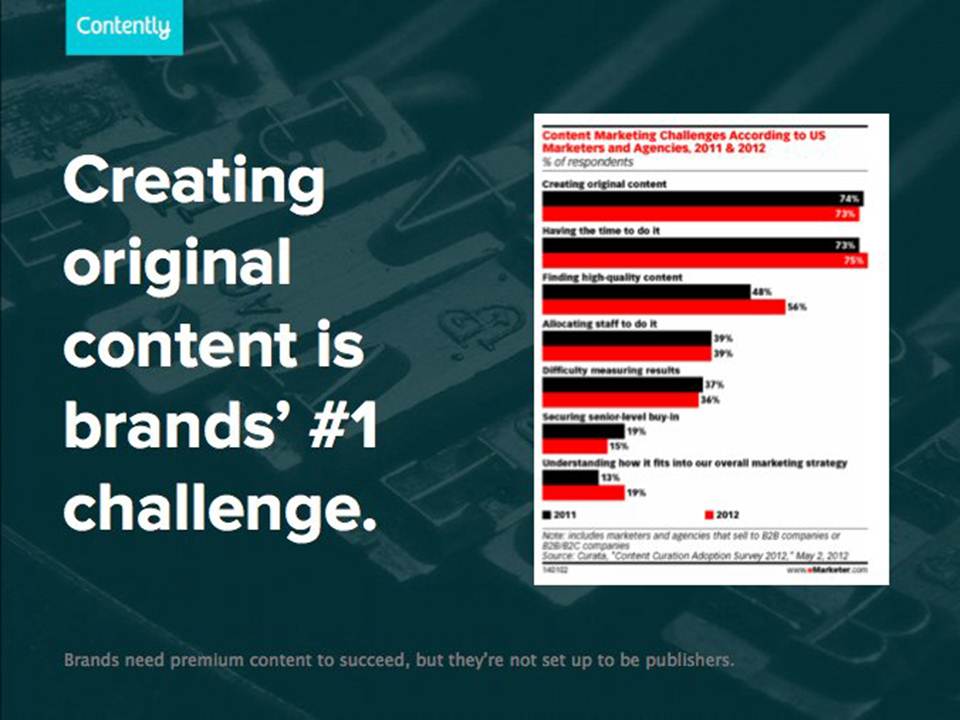 Quotes are lame especially if you don’t explain them. This doesn’t deserve a slide. Stick it on the cover or something. 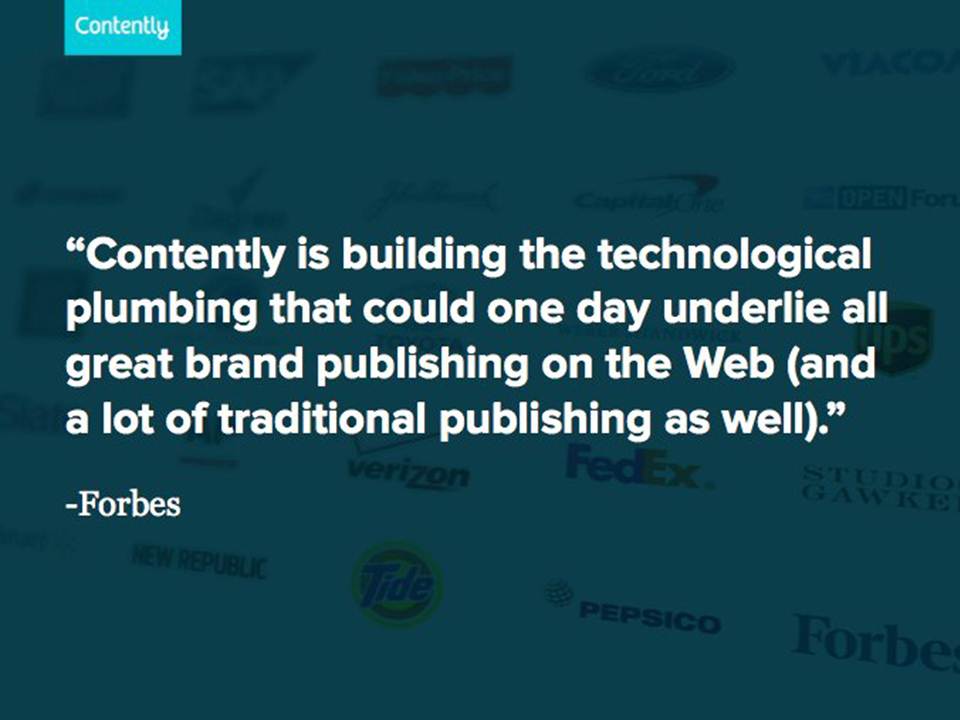 I still don’t know what it is that they do.

I do not follow the three images on the bottom right. And yup, we have yet another quite in the bottom left. 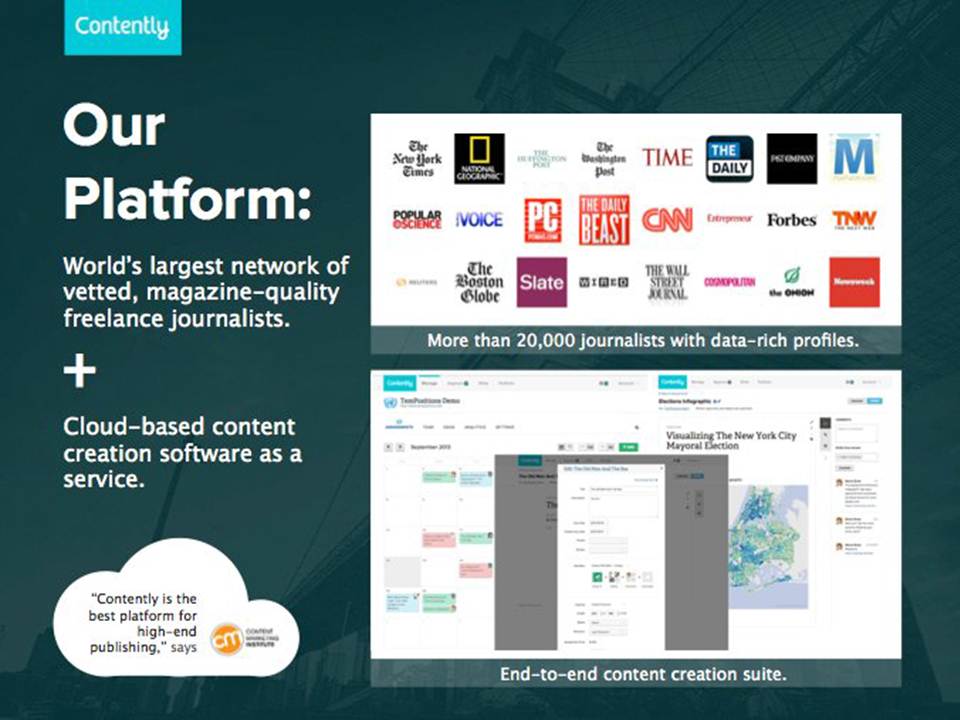 What’s the point of the profile? There’s no header to explain. 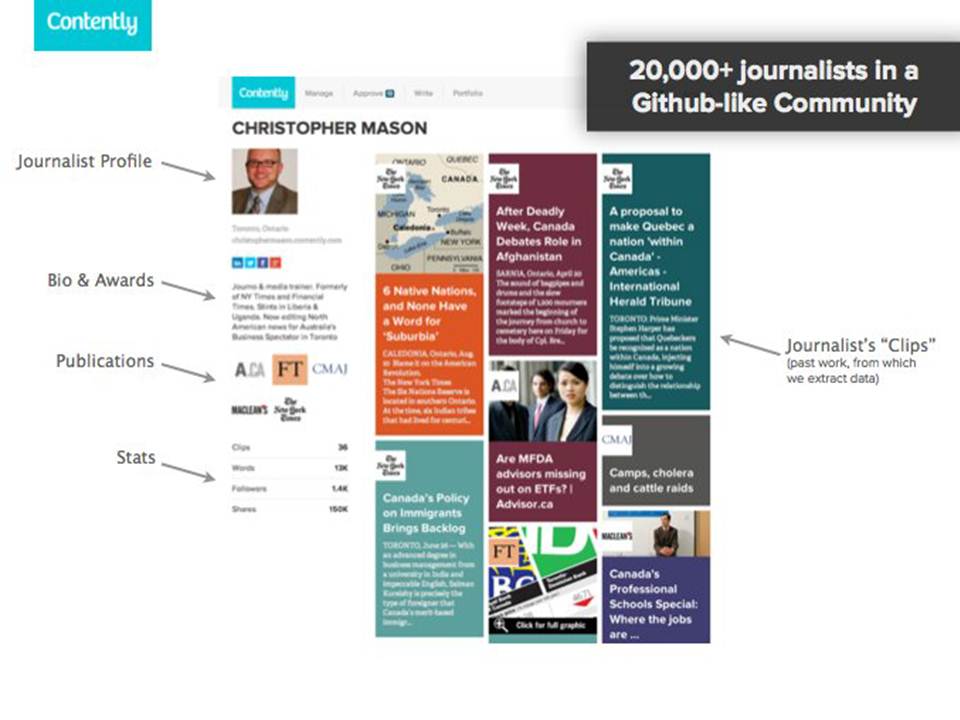 I would prefer that they tell me what is in the workfow? Workflow for who? 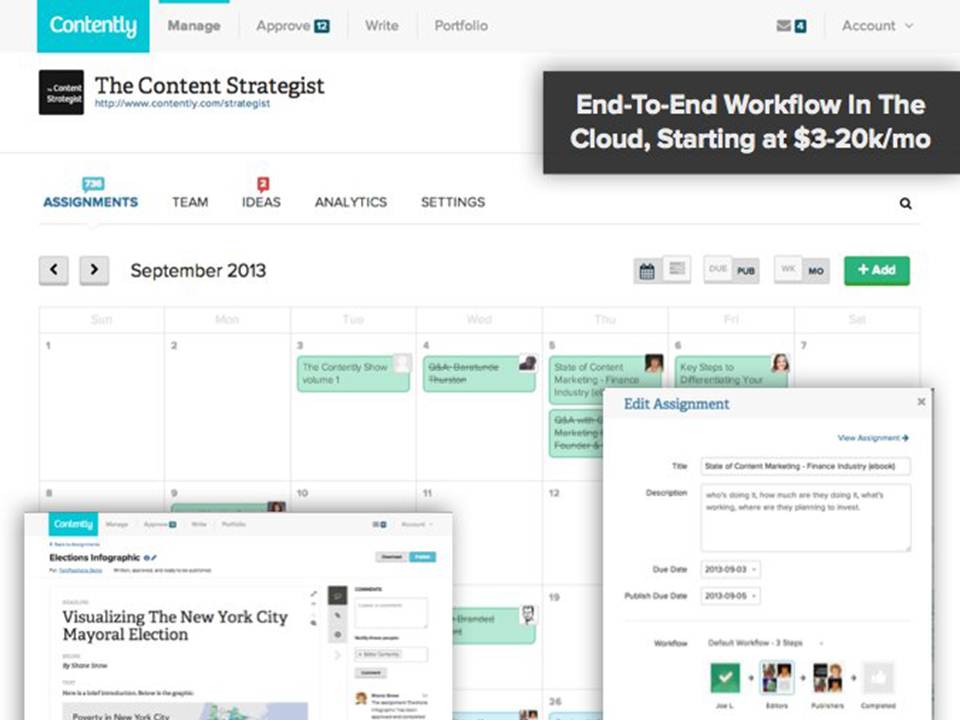 What in the SaaS revenue is in legal review? Peculiar. The slide is ok. 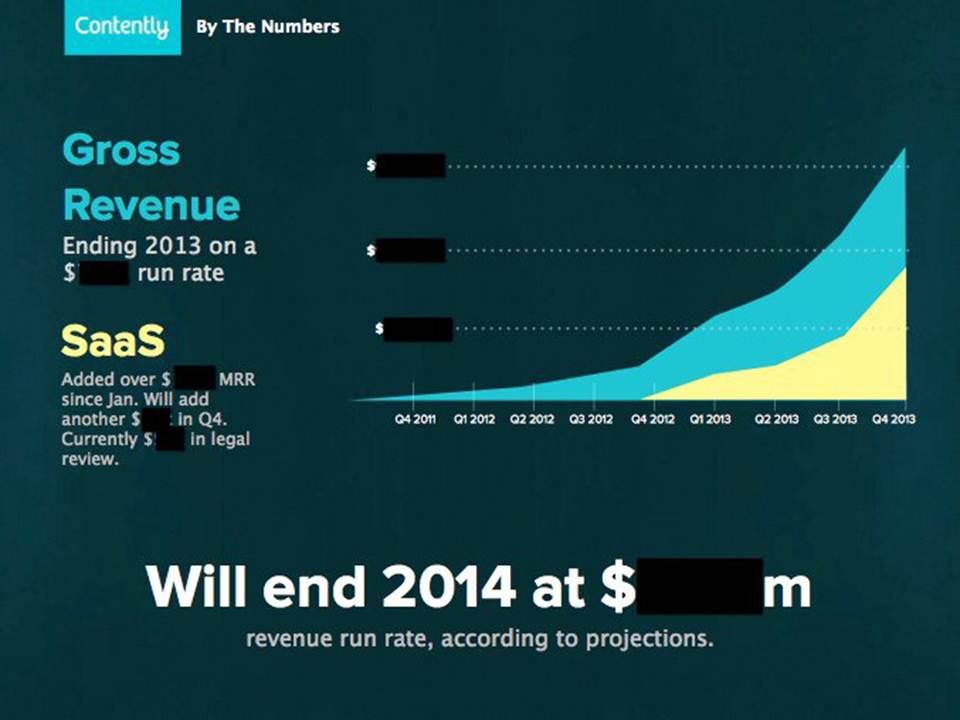 Do not write text this large. It’s super annoying.

I doubt they can explain anything special in that little box. 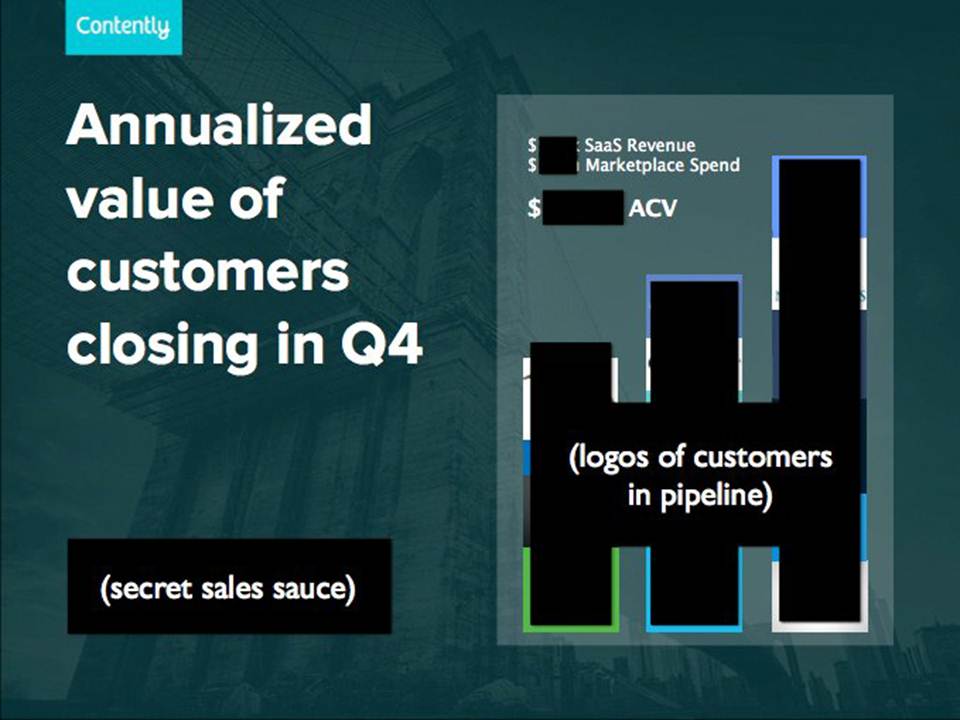 Their near-term opportunity is to be the platform… really? Do you really believe that. 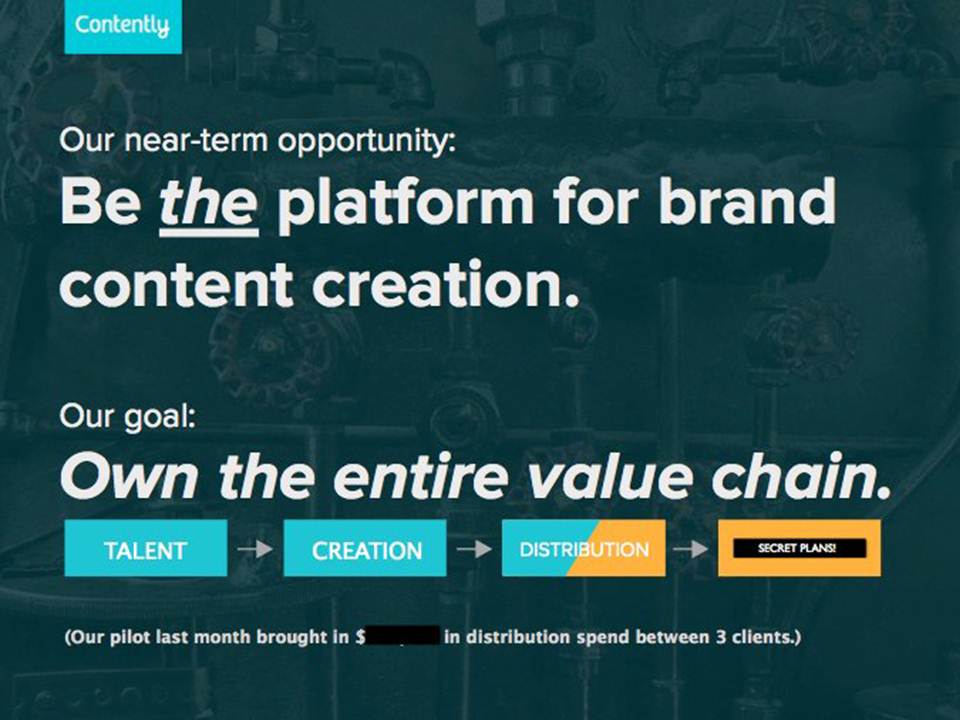 What is this their product plan? 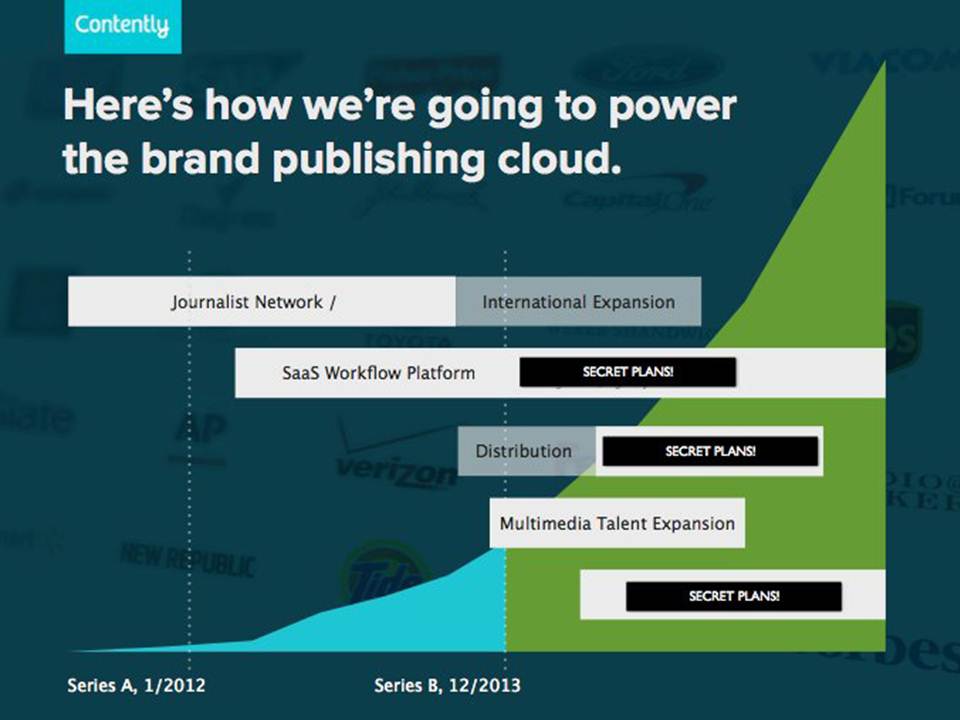 The font size is annoying.

How is that an unfair advantage? Compared to whom? 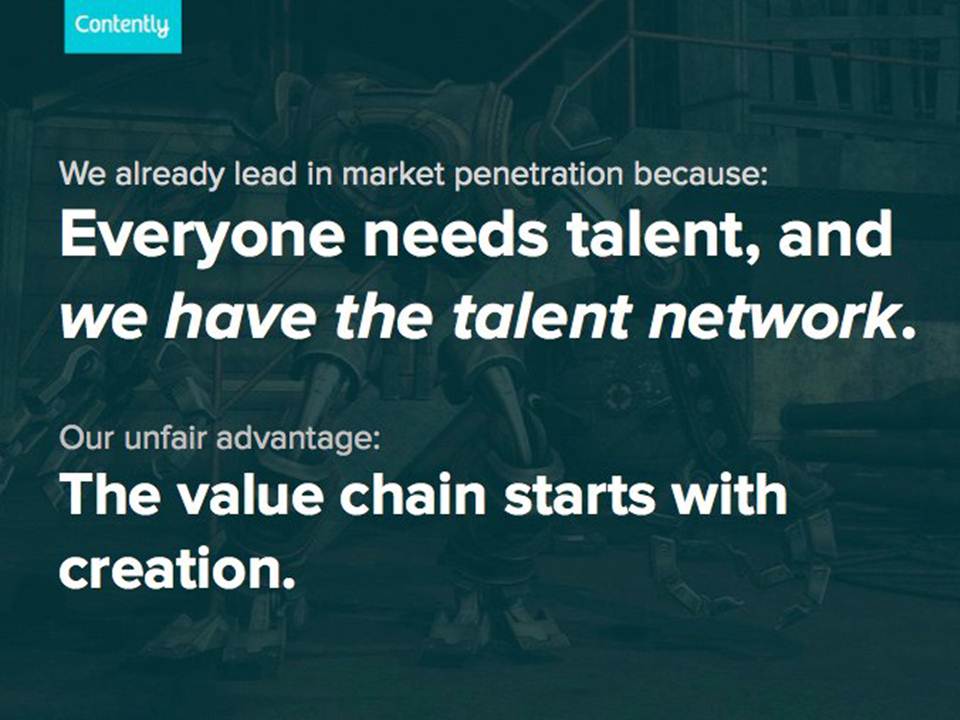 There’s no details on the founders. This is less important for later stage deals if you are raising from existing investors. 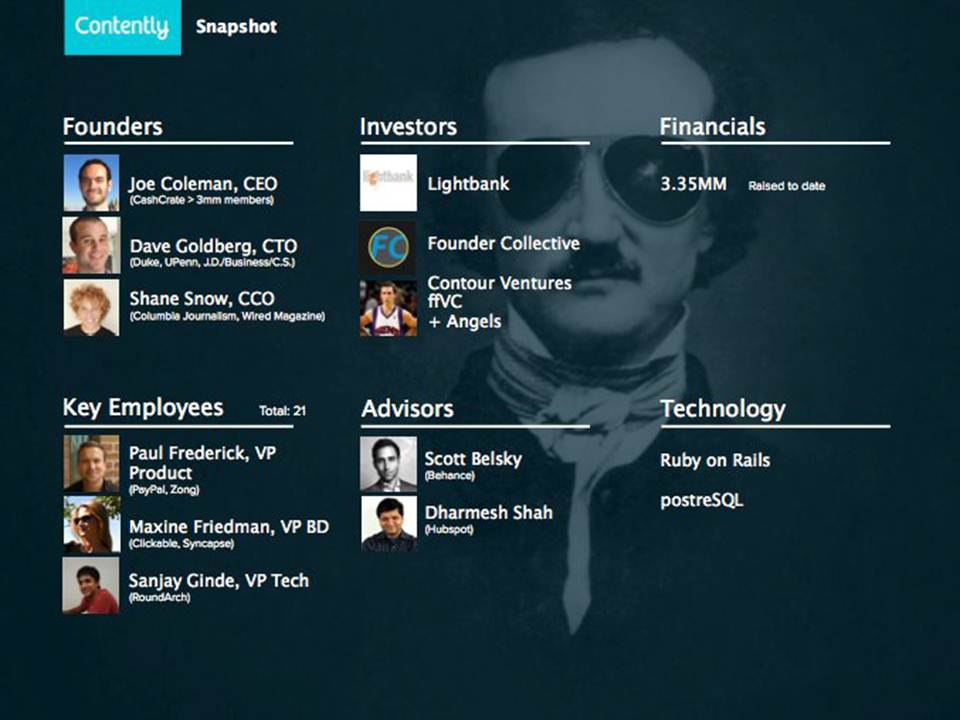 Do not end with a slide like this. Summarise why investors should invest. 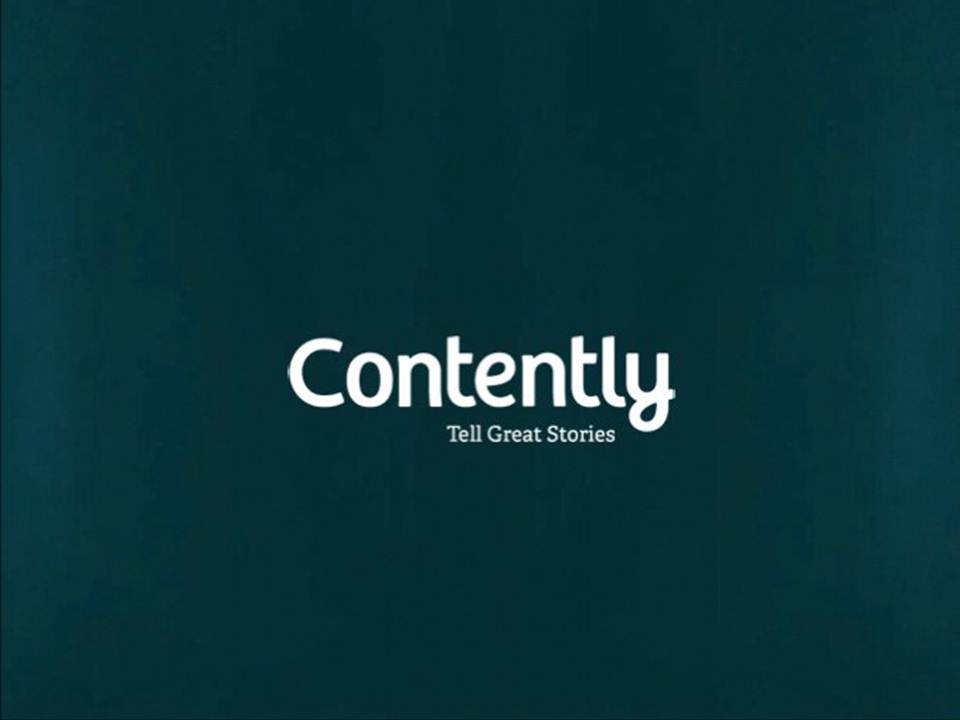