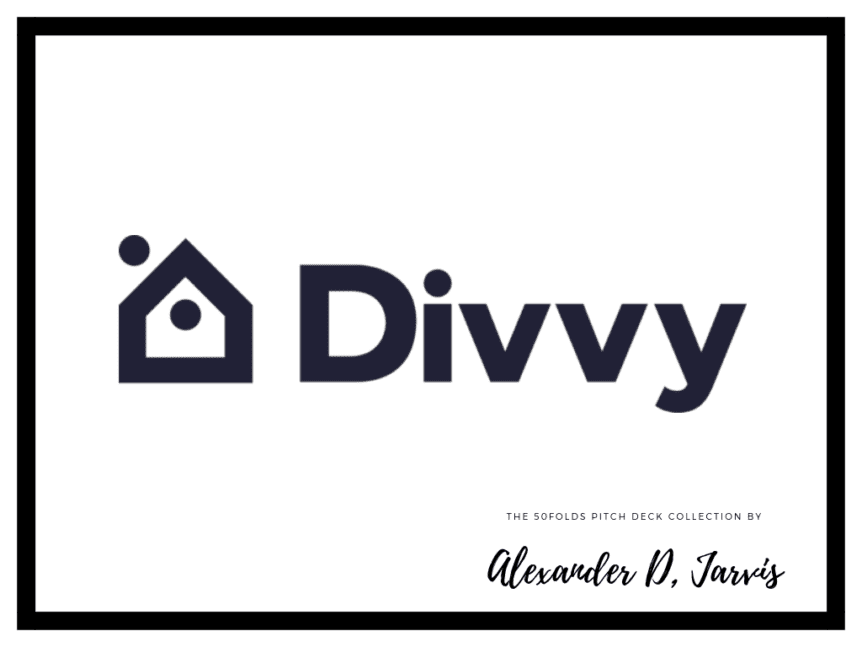 This is the Divvy pitch deck to raise their $30m series-a round in 2019. Divvy Homes was founded in 2017 and is a tech-enabled real estate platform that makes home ownership accessible.

They believe in the value of homeownership and think it should be accessible to more people. They created Divvy with this mission in mind. They find cities where we think owning a home makes good financial sense, and then offer renters the ability to transition to homeownership with our 3-year program.

They raised a $7m seed and then this $30m Series-A. I know Brian, so I know they raised a much larger round recently.

It’s a strong deck. It’s fairly short on details some times, but what is written is considered and logical. There isn’t any selling, they let their numbers and logic work for them. It’s structured near perfectly and the amount of content is solid. You can learn a lot from these guys.

The amount of words per slide is decent. There is enough to get their point across.

They don’t write any paragraphs, and generally, everywhere they use bullet points.

At 14 slides, the length is a little on the short end, but it’s enough to get a meeting and interest. The team are credible and they seem to have solid numbers. Investors don’t really need to know much more than that initially.

They do a much better job than most startups with their headers. The headers are the first things an investor will read (and maybe the only thing) so they are key. Headers are also key in communicating a narrative.

They are a little short in my opinion, but they get the point across, none the less.

The deck looks great. You don’t need anything more fancy that this.

There isn’t much of a story to the deck. It just says there is a problem that 6m people should have houses and so here is how we are solving that. It’s fine.

Things are aligned well. There is negative space. It’s all good.

They cover pretty much everything that they need to. There would, of course, be more things I would like to know, but I would take a meeting with them for sure.

Delete the date at the bottom. You will forget to update it and investors know how long you have been raising for. 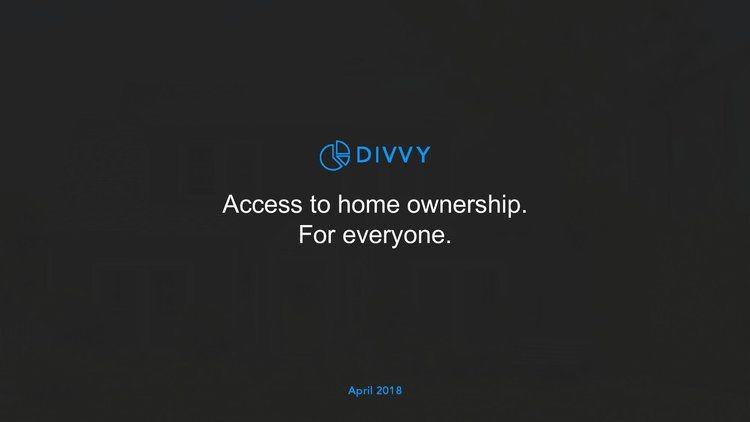 They kick off with a team slide. If your team is strong do so. it adds credibility to anything you say next. 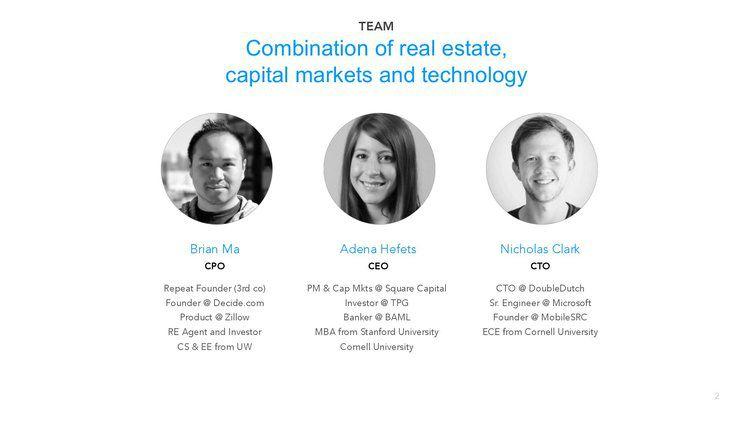 They kick off with industry insight to capture attention. 6m people who should have houses, don’t. They don’t actually explain why? I would normally explain that on this slide. 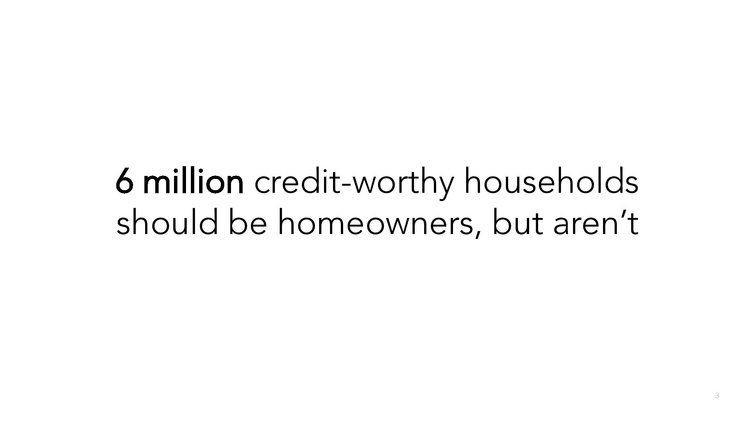 They explain how their business works very simply. There are three steps (Read: Rule of three). They are raising $30m, so they presumably don’t have an issue demonstrating that their solution works. If you were at an earlier stage you would probably explain more.

Key takeaway is the sharing of equity creates alignment. 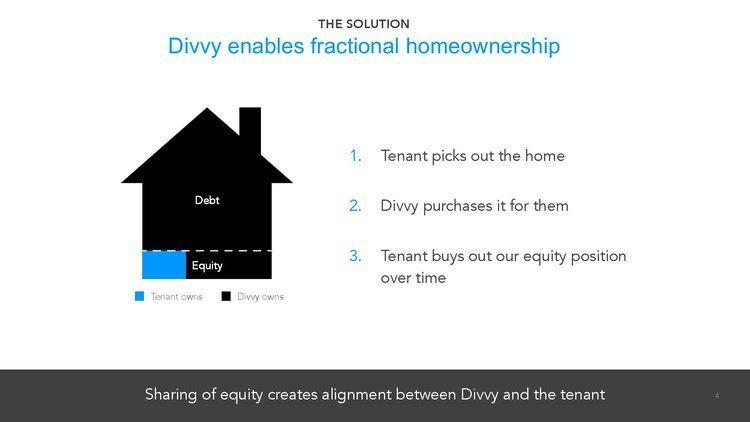 Investors love technology. ‘Disrupting’ anything involves technology. They don’t get into too many details, but they imply that a lot of their business is empowered through technology. 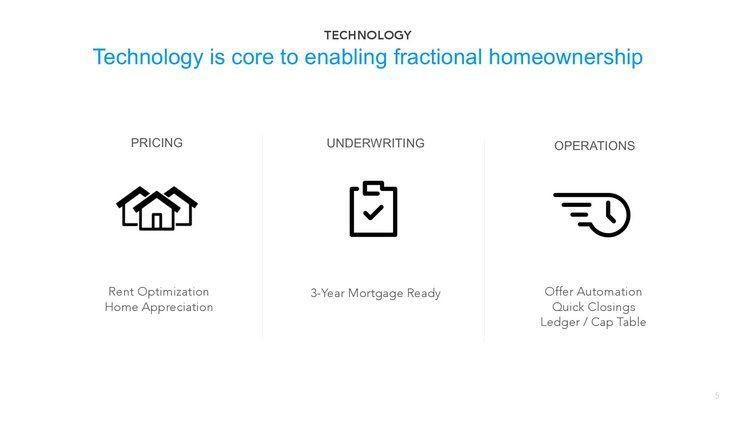 They have removed the numbers, but the slide is otherwise intact. They are reducing their business to unit ecnomics. The implication being that if it works at a unit at one, it will work at scale. 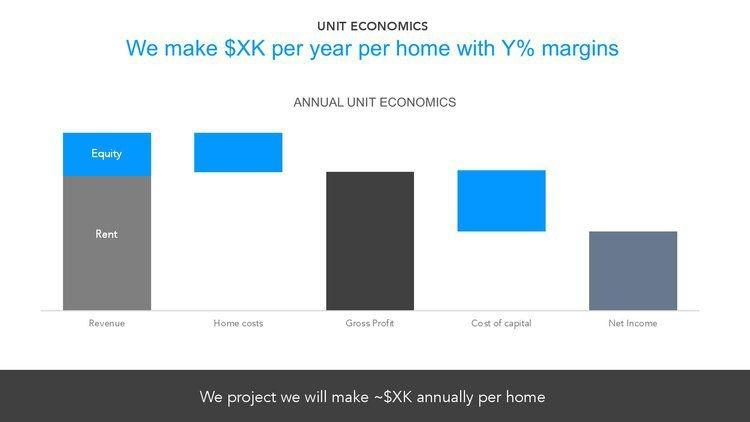 It works at a unit basis, so they are going to expland that model across America. They aren’t just going anywhere though, they are only going to stable and high-yield markets. You can see for each city they highlight there are numbers for each. This adds a lot of credibility. The takeaway is the x% fits their model (they have a clear model) 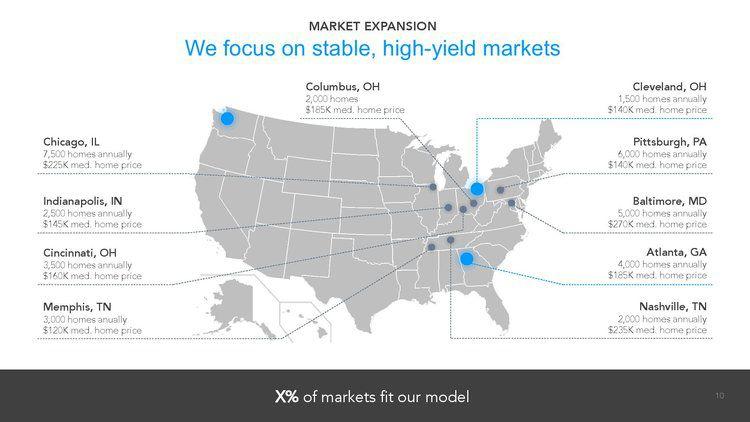 Their business involves a lot of capital as they are buying houses outright. They need to be a bank of sorts having a ‘capital markets practice’.

They start with rich people, then a bank and then they will go ‘off balance sheet’. They then add potential return profiles for each. 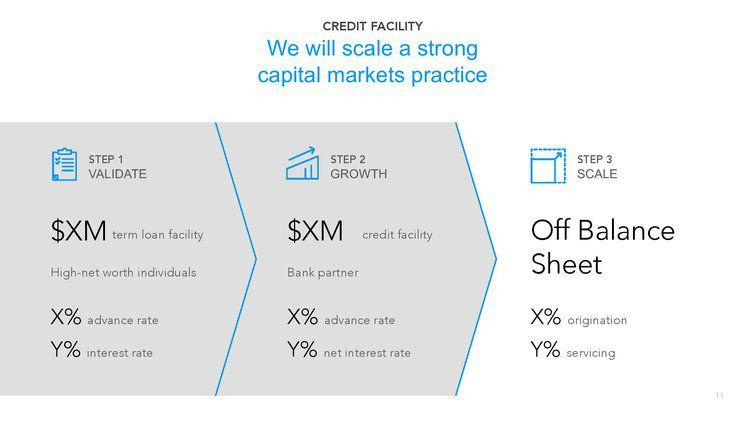 Don’t do a slide like this. Just explain how the product works simply. You can do a demo in person. 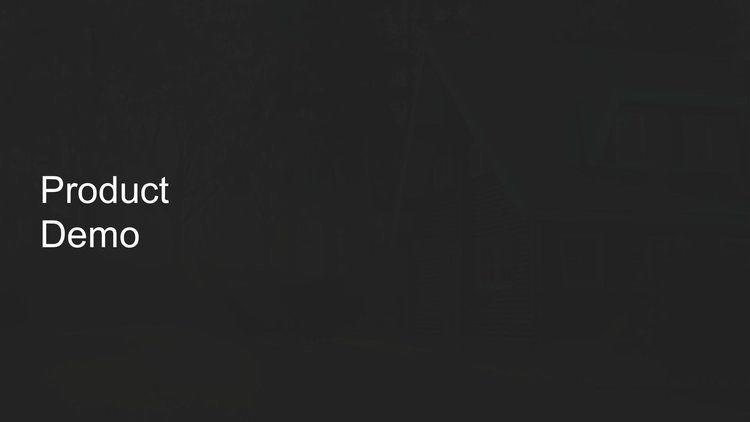 They are setting out the value proposition, which is key to any startup. Their investors get a higher yield than through REITs (Real Estate Investment Trusts) and tenants get to eventually own a house, in a no stress manner. 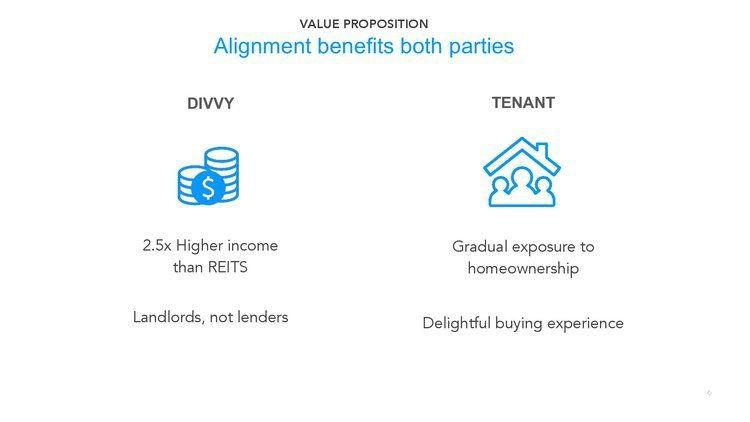 Distribution is their go-to-market. It is also a fly-wheel.

With flywheels, one thing propels the other iteratively. 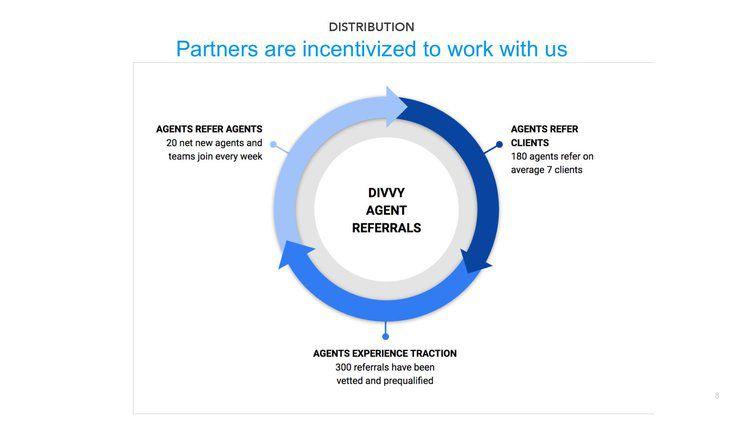 They illustrate Divvy is working by the growth in homes closes. We don’t know the number, but it is growing. They say they have a backlog of houses to close, implying they probably need more money to keep growing. 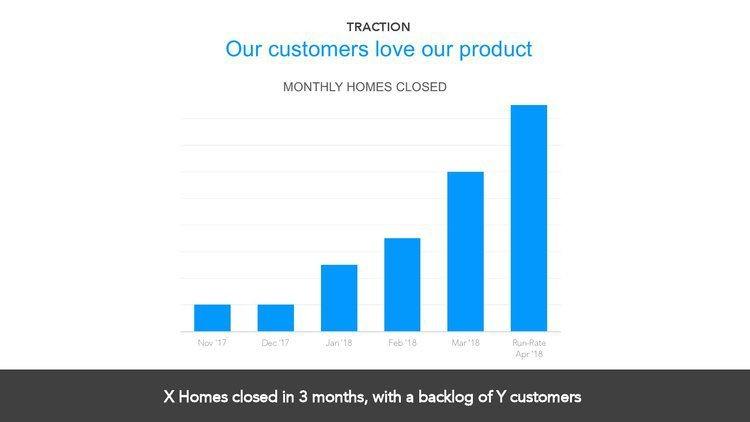 The vision or the future is to create a new asset class by enabling home ownership. Sounds a little like securitizing homes but hey (If you lived through the credit crisis, you will get the joke).

They place them on a spectrum to renting and owning your own home. They are the step in the middle. They explain 4 points as to why their model makes sense. 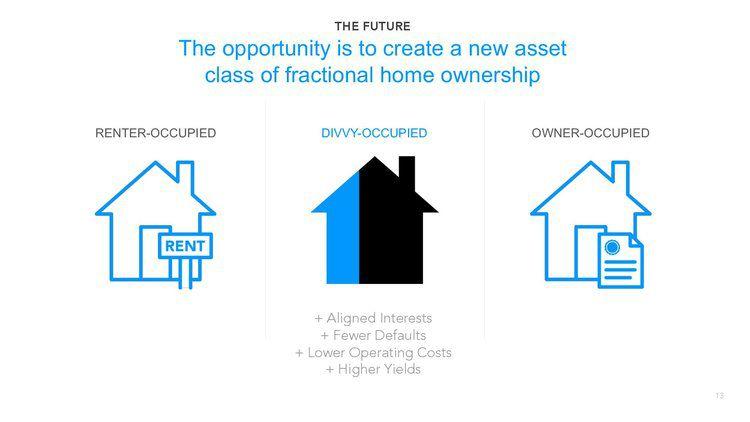 I don’t like mission slides generally, but why not. Theirs makes sense and will probably make investors money. 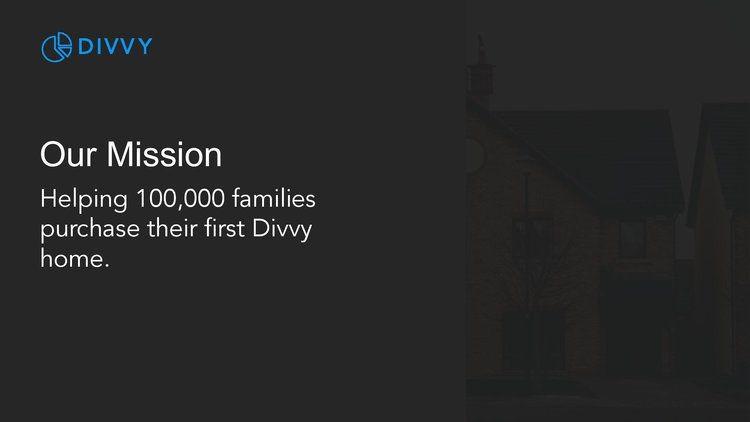