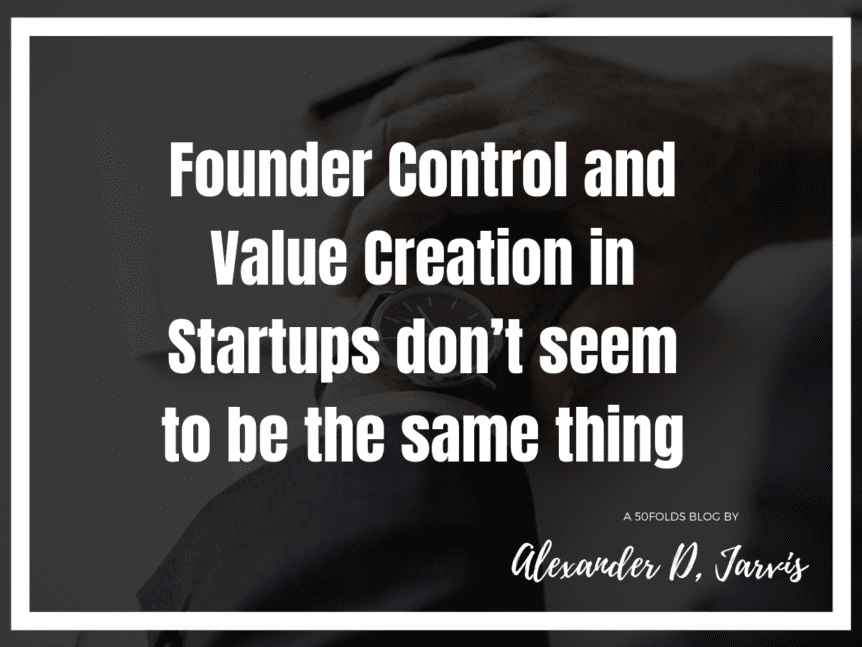 TL;DR: This is a blog about value creation and the control founders have over their startup. You need to give away some control to build something valuable. How much is up to you

Founders and CEOs, Let me ask you a question “Does the degree to which you have founder control of your startup affect your company value?” I am pretty sure your answer is simple and resounding.

Yes. I am good for my company. I am what makes it valuable and that will continue to be the case so long as I have breath to run things.

Well, it seems you can’t have your cake and eat it too. That is a question Noam Wasserman, former professor at Harvard Business School asked himself. He has published a paper that finds startups where founders retain control of their startup after 3 years are in fact worth less. It seems founding CEOs are bad news for making big valuable companies. Well, the headline anyway.

He analysed a dataset of 6,130 American startups between 2005 to 2012 and found that startups in which there is still founder control of the board of directors

and/or the CEO position are significantly less valuable than those in which the founder has given up control. On average, each additional level of founder control (i.e., controlling the board and/or the CEO position) (Read: What is the difference between a founder and the board of directors?) reduces the pre-money valuation of the startup by 17.1%-22.0%.  This is especially true when the startup is three years old or more.

That is pretty scary indeed if you believe the results. Academics are known to massage numbers to get profound results, but there isn’t smoke without fire.

The paper is quite interesting as there is a great review of the literature if you are academically inclined, but it can get a little long-winded. So the underlying point I believe is being made in the paper is, in short: the more resources you have, the more valuable your company is going to be and with more certainty. If you ‘don’t ask for help’ your startup is less likely to win or survive.

The more resources that a new venture can gain control of, and the quicker it can do so, the better the venture’s competitive position and the more valuable the venture can become

There is a causation between more resources and less control.

“This “control dilemma” highlights how founders – despite their best intentions – can make decisions that limit the value of the companies they created, or else can risk losing control of their companies. In making resource decisions, founders thus trade off resource uncertainty for control uncertainty.”

Decisions that can lead to a big company all require giving away control:

Basically, everything that 1/ increases rate of growth, and 2/ mitigates the chance of failure means giving away equity.

Why did you ‘startup’?

Why are you setting up a company?

I posit that being the boss is the key driver, or rather, not having a crappy boss. But I don’t think this is so simple. At some point founders also want to make money. Once you realize you are onto something, evident by traction, ceding control to gain utility of building a legacy can and probably does take over. 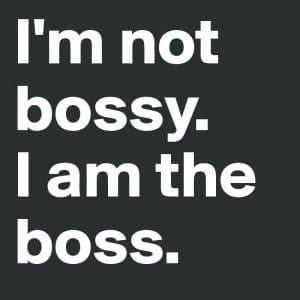 Good founders get out of their own way to be successful

What helped a founder build something meaningful naturally enables them to realize at some point they need help to go farther. The Google gang brought in Her Schmidt, Zuck brought in Sheryl, and Bill got bored and we got stuck with Steve and a decade of crappy Microsoft products. Having said that, Jobs was booted out only to return. If you want to bring in these guys it’s going to cost you.

But in the same way, founders that can’t get out of their own way manifest their own destiny (or for this analysis, lower valuations).

Each step of the entrepreneurial resource-attraction journey poses a tradeoff between attracting the resources required to build company value and being able to retain control of decision making. High-quality co-founders and non-founding hires should demand more equity and/or decision rights than will lesser co-founders and hires.

I don’t think this is the bone of contention for founders. Rather the perceived and actual ceding of control happens from investment, which is, ipso facto, required in most cases to enable the aforementioned resources.

Is valuation and value creation worth ceding founder control?

For smaller endeavors, Angel investors contribute a modicum of funding for little control, but the money only goes so far; from tiny acorns does a sapling make. To go far; from a motherlode of VC$ does an oak make.

The same is true of investors who can add the most value, compared to lower-value investors. Such investors want both to own a stake in the venture to gain from its growth in value and to protect their investments by having decision rights and influence through a board presence.

Each round of investment gives growth fuel to try increase valuation, in return for diminishing control. As founders give up equity and board seats in order to attract investors, the founders’ percentage of board seats progressively decreases, until the point where the founders are a minority of board members and there is no longer “dominance of inside over outside directors on the board.”

So at what point of the scale between of investment and founder control are you happy with? There comes a point at which if valuation does not increase out of line with dilution that further dilution does not lead to a proportional increase in founder promote (the $ value of shares at last valuation). So you are raising more money and effectively getting poorer. 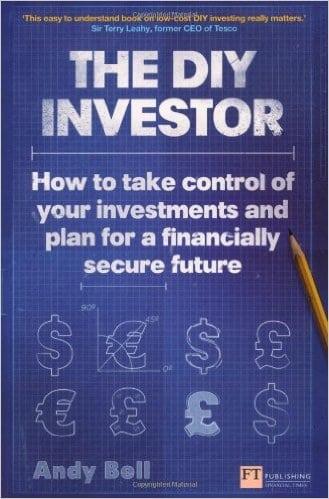 The VC raise game is fine if you are intending to go big or go bust. If you get monster valuations, your promote will be worth a lot. Otherwise, you are giving both your company, financial upside and control away.

It is possible to build a large bootstrapped company, there have been some recent example of success stories. The reality at some point they all cede founder control and sell or go public (Like Atlassian), the difference between the founders typically have control of the decision to do so, and own most of the company too (which is nice).

The worst outcome is for less judicious founders who work hard no doubt but have been less efficient, addicted to VC funding, and their model not being optimal (either capital inefficient, requiring substantial scale to be viable etc) result in the founders being severely diluted.

I am not saying this is the case for them, but Aaron Levie, founder of Box, owned about 4% of Box had it’s IPO in 2015. Zendesk founder and CEO Mikkel Svane owned ~8% at its IPO in 2014, and ExactTarget’s co-founder owned 3.8% at the time the company filed its S-1.

At 4-8% you aren’t really in control anymore and so going IPO is a nice way to put things to bed in some ways.

The motivations for setting up a company, how companies are run and how they end are all deeply personal. Founders should think judiciously about what their personal goals are and therefore the choices they make.

If you want full founder control, a lifestyle business is great for you. If you have a bit more of an ego, or simply just like bigger things, then the VC path, whilst not the only one is likely the one you will follow. Each will result in different levels of control. What is clear to me though is, you can’t build anything with meaningful value creation without giving some control. How much is up to you.

If you want to watch the video version of ”How founders lose their startup money?” You can watch below:

Throne vs the kingdom