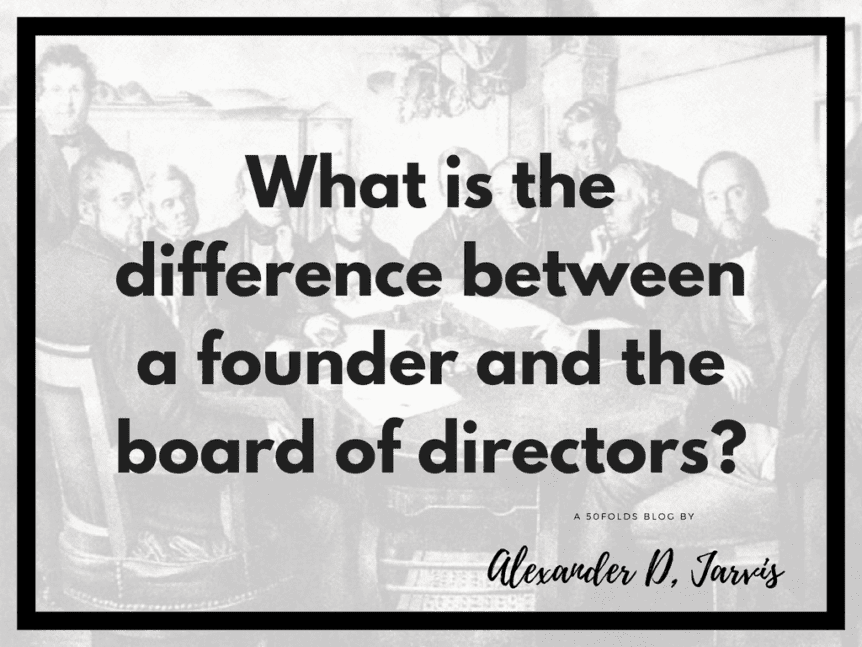 So have you hit series-A? Are investors asking for a board seat and getting you to start thinking about board composition and reporting. Yay!

In startup land, things are kept simple since you need to be executing. As you get larger and there is a lot of money at stake, then no shock, this gets more formal and complicated. You may even start having things like compensation committees. Snoozefest.

So let’s cover this basic question about how you differentiate between you as a founder and you being a director and the board of director thing.

Now, firstly, they aren’t strictly mutually exclusive. A founder can be a director and be on the board. In fact, they usually are. Starting out you as the CEO and the other founder (keep it to one) are directors. It’s going to be the COO or CTO, depending on your labels.

Why do you want to be a director and be on the board?

Ok, being a director IS NOT COOL! It means you are on the hook legally for stuff, especially if you go bankrupt. In many countries, if you go bankrupt, you can’t be a director again for a few years and you may have personal issues getting bank loans etc. So take it seriously if a ‘friend’ asks you to be a director. I’ve certainly said no before when it wasn’t my own company!

But the ‘board’ makes the big decisions. You totally want control over the board for as long as you can. So starting out, if you have two directors (as founders) and an investor wants a board seat, you don’t give them 3! You give them one so you founders have 2 and the investor has one. At series A, maybe you give 2 and you add an ‘independent board director’…. who has your back! Why, when it comes to making decisions, you want your own way, right? Well, control is one way to have it by having effective control over the number of directors.

Ok, let’s differentiate between being a founder and a director. 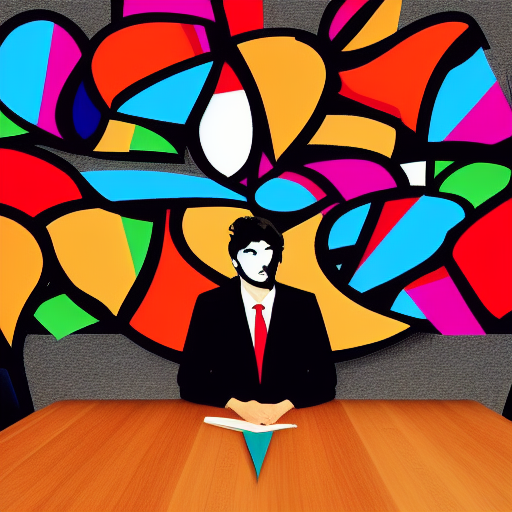 As a founder, you literally founded the company (the implication being you have a lot of common shares!). You may give someone the title of founder or cofounder after you start, but that’s basically an ego thing. You can do whatever you want. In fact at the start you decide how many board seats there are to start.

‘Founder’ is not a legal term and there is no such thing as ‘founder shares’ if you are wondering, and man founders and some staff do think there is!

Co-founder definition is the same made-up term as a founder. Entrepreneurs who launch a business by themselves can be referred to as “solo founders.” If multiple people are involved in the company’s launch, however, then they may all receive the title of “co-founder.”

As a founder, you probably own most of the shares (on a fully diluted basis) and therefore have control over the company, but may not necessarily retain control over it in future (after many rounds of dilution). Even if you don’t own the majority of the shares you still retain the title of founder.

Now, what about the Chief Executive Officer title (founder vs CEO title)? You only have that title so long as the board agrees for you to be the CEO. Yes, you can get fired, and a lot of founders get fired or demoted or given some fancy title, a bit like the president.

So in short re CEO vs founder vs owner, you will always be the founder, you’ll be an owner so long as you own stock, you might not always be the CEO.

In case you were wondering if there are two founders “can a company have 2 CEOs”, then yes. It’s absolutely not normal nor recommended, but Netflix, Workday, KKR and Waymo have had co-CEOs. 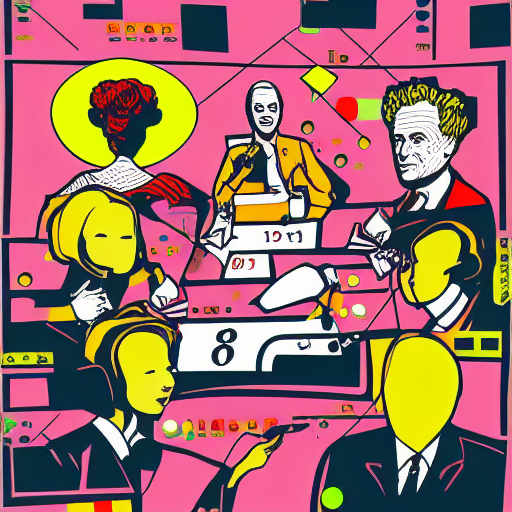 The board of directors has oversight of a startup, are required to attend board meetings, and can fire the CEO. In fact, firing the CEO is the only real performance lever that VCs have if they want to mix things up if things are not working out well.

The founders technically report to the board in board meetings, so you kinda want to keep them happy and not be dicks… They really do matter. A realistic way to get rid of directors is by getting a new important investor who kicks off the old VC and puts themselves there as ‘they have more experience scaling a company and governance’ etc.

The board sets the company’s strategic objectives and ensures that all necessary resources are in place to meet these objectives and reviews management performance regularly (Meaning you!).

As I mentioned, the board can include a founder(s), and very likely will for some time, if not till IPO (and beyond). You might lose a director seat if the VCs bring in a new CEO like Jack Barker with an idea for the ‘box’ 😉

There may be many founders, so the CEO is 99.9% a BoD and the others are ‘maybe’ depending on the board structure. 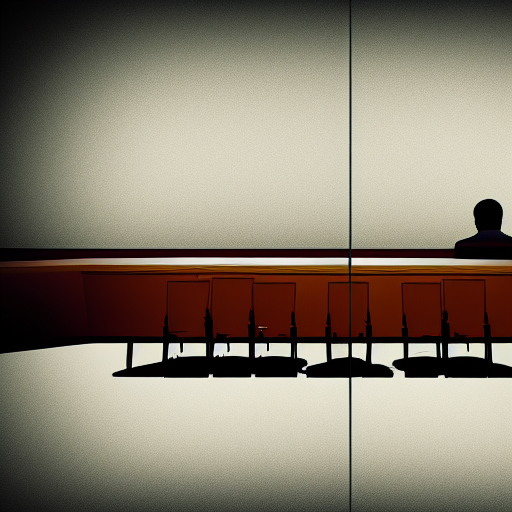 Note there is also sometimes a ‘board observer.’ That just means they are allowed in the room but can’t vote… they can speak though (meaning they will talk and try to influence discussions). This is only ‘ok’ at series-b. Otherwise never allow it! My mate who heads up a media company’s investment arm asks for an observer seat at S-B as default.

What is a board observer?

What are board observer rights? 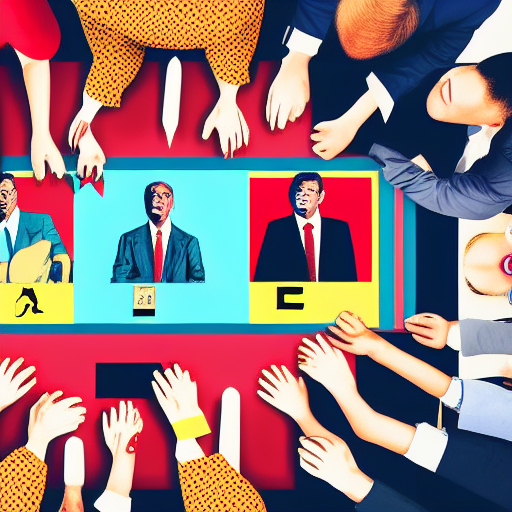 What is a Chairman of the Board?

Board chairman vs CEO

What is an executive chairman?

Can one person be a CEO and a Chairman at the same time?

Some examples of executive chairman and CEO include Jack Welch at General Electric, Steve Jobs at Apple, as well as Jeff Bezos, Jamie Dimon, and Mark Zuckerberg. These men were board chairmen and also served as the company’s CEO. In these positions, they were responsible for making decisions that would affect the company’s future and overseeing the company’s day-to-day operations.

In short, anyone on the board can be the board chairman, not just the CEO. An executive chairman is just a chairman that happens to be a salaried employee.

What about public companies?

This doesn’t really matter to you, but let’s just touch on it.

In publicly listed companies, the majority of board members will be independent non-executive directors.

The board will meet only a few times a year (e.g. 6-8 meetings) to decide on high-level matters (for a fat fee), such as structural and constitutional issues, governance, approval of overall strategy, approval of significant transactions, mergers, acquisitions, joint ventures, capital expenditure, etc.

You may find that your now public company may even have only two executive directors on board (CEO and CFO) with all other members (around 8-12) being non-executive. At this point in time, the board basically thinks they run the company and they delegate all decisions on the operational running of the company to the CEO’. Bit of a mind shift, right?

The CEO is accountable to the board and can delegate any of his powers to other executive officers.

Founders start the company, but it’s an ego title, it doesn’t mean anything. You get your board seat so long as you have control and investors want you around.

As you get bigger you get a bigger board and less control. When you get really big, you’re sort of an employee. But hey, you’re rich now, so who cares!

I hope this was useful to help you think about how to start and scale your company. If you need some help figuring out if your business model makes sense or not etc, you can book a one on one call with me and I can help you be less freaked out. Book a time here.

If you want to watch the video version of ”What is the difference between a founder & the board of directors?” You can watch below: