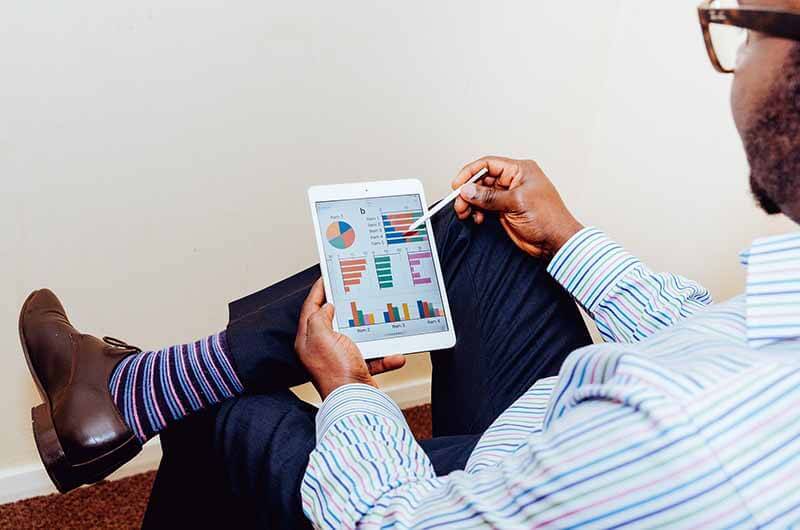 I just watched the rather tragic failure of a presentation at CES, in which the director Michael Bay was lending his name to a Samsung TV and walked off stage.

His brief summary of the event is as follows (from his blog):

“Wow! I just embarrassed myself at CES – I was about to speak for Samsung for this awesome Curved 105-inch UHD TV. I rarely lend my name to any products, but this one is just stellar. I got so excited to talk, that I skipped over the Exec VP’s intro line and then the teleprompter got lost. Then the prompter went up and down – then I walked off. I guess live shows aren’t my thing.”

The most shocking thing he said is this: “I got so excited to talk… then I walked off.” There is an immense paradox between this excitement and the consequence of it. Indeed, if he were excited, he would at least have something to say?

Despite not being the most experienced presenter on earth, I certainly have no problems in doing so and actually enjoy it. Below are 4 recommendations of mine, in the context of Michael’s failure.

1. Understand and relate to the topic of the presentation, you don’t have to be the master of it

When you are passionate about a topic, everything becomes easier. Should anything go wrong (see below), it won’t matter, and may in fact be advantageous, as you don’t have to stick to a script and can be less staid.

With a few headlines you want to touch on you can start to tell anecdotes and animatedly draw upon your own experiences and interests (which you don’t have to learn off by heart as you lived them).

A common complaint I hear from speakers at events in Asia is that “I told the organizer the topic is stupid/ I don’t know anything about it but they didn’t change it.” This is why many speakers will fail, because they simply don’t know the topic. So… why not refuse the premise of the topic?

Do what politicians are apt to and experienced debaters are old hands’ at.  If you don’t understand the question, decide what you want it to mean and answer what you want to. There is always something tangential you can talk about if you are in the industry.

The reality is, you don’t have to fill every sentence with a ground-breaking revelation, you just need to touch on it and get people to laugh at least once. You aren’t giving a lecture, right?

2. Remove yourself from the outcome and lower your personal hurdle of presentation perfection 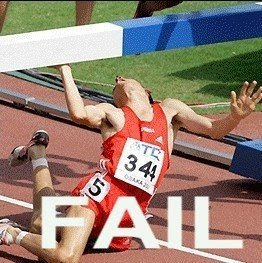 Michael tanked for a number of reasons, but in my opinion he was too close to the outcome, meaning looking good, or how not saying the ‘right’ things would affect public perception of him.

When you let go of control of the outcome, you are not so invested in the process of it.

Learning to relax, externally communicate fun and passion, and ‘just go with it’ is one way to ensure the audience will enjoy themselves too.

Evidently, having walked off stage without so much as giving himself a chance, his ‘hurdle for perfection’ was set too high. He muttered but a few words before giving up.

Making up some real BS like “look at the TV, its huge, man and really pretty!” would have gotten a laugh. He was not expected to be an expert, but rather a celebrity spectacle to promote an SKU.

In one sense, this epic failure was the best thing to happen to Samsung. They stood out at CES which is hard to do. The video (with the product) is being shared, and I am writing about it. That’s a good outcome.

3. Rehearse… so you can either stick to script, or have the headlines to ad lib to

Whilst obvious, this is best heeded. Jobs was so confident, and Apple presentations notable, simply because he obsessively practiced his presentations. This practice made his appearances effortless. Those minutes on stage were backed by hours of hard graft.

The presenter did a great job in trying to feed Michael headlines to talk to, and he simply couldn’t. I believe this is a combination of 1. No practice and 2. Being too focused on the outcome.

4. Assume everything will not go as planned

As Louis Pasteur once said, “Fortune favors the prepared mind”, so plan for the worst.

As has often been recommended when pitching investors, assume you can’t connect your laptop to the projector or that the projector will break (In this case, that the teleprompter will go out of sync).

You need contingencies, be they handouts, a USB with a backup of the file (in case the file corrupts elsewhere) or just enough energy to carry the show without technical assistance (my preference).

If one were to forgo all the above, I recommend to come up with just ONE story you can tell, related to the topic, should all go wrong.  The reality is everyone can talk for 30 seconds about one story. If he could have talked for 30 seconds, I wouldn’t be writing this, and in future people won’t be writing about you.