It used to be the case that the big VCs made all the returns and because of this ostensible fact, were able to charge ‘premium fees’ of 2.5-3% and be highly selective in whom they allow to be their LPs. This is a notion I am sure is perpetuated for obvious reasons, only now, it doesn’t seem entirely accurate. Something that will be music to the ears of emerging funds.

“the widely held belief that 90% of venture industry performance is generated by just the top 10 firms is a catchy but unsupported claim that may lead Lps to miss attractive opportunities with managers that can provide exposure to substantial value creation.”

Research posted by Cambridge Associates (“CA”) in November of 2015 paints a changing picture of the venture capital fund landscape. This is not to say it is clear-cut, but the underlying trend is becoming evident.

Pre the dot-com and in a shake up period proceeding it there was a concentration in the top 100 deals. Looking at the period of 2007 to 2012, this has shifted. 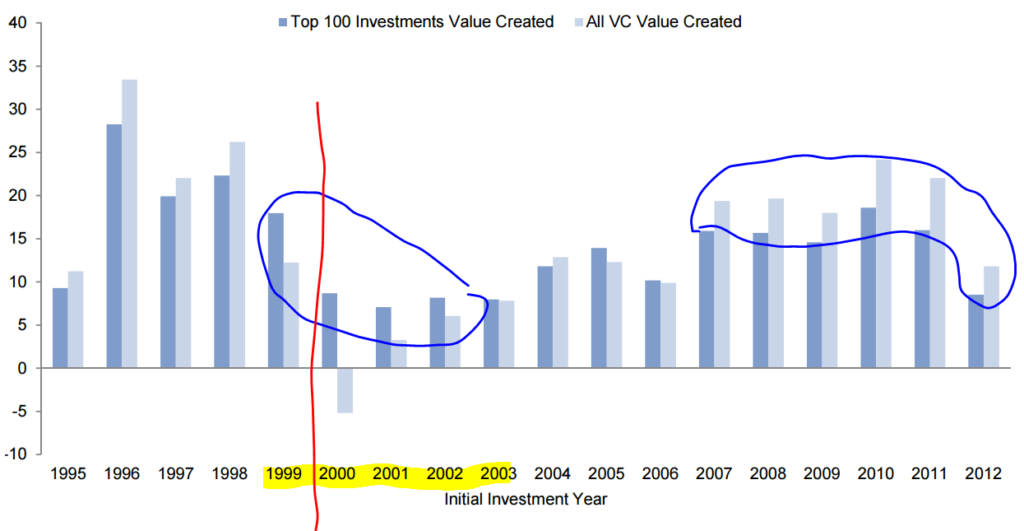 Figure 2. Total Gains in the Top 100 Investments: Percentage of Total Gains Generated by Total Gain Rank As of December 31, 2014

So if you take together a total increase in all asset value creation (fig 1), less concentration of returns within the top 100 deals and robust MOIC multiples, there is an obvious case to be made that the concentration of successful funds isn’t holding up.

Where money is made is changing

Figure 4. Total Gains in the Top 100 Investments: Percentage of Total Gains Generated by Initial Deal Stage As of December 31, 2014

Figure 5. Total Gains in the Top 100 Investments: Percentage of Total Gains Generated by Deal Geography As of December 31, 2014

The composition of venture managers participating in the top 100 investments is not static:

Figure 7. Ex US Investments as a % of Total Gains Generated by Emerging and Established Firms in Top 100 As of December 31, 2014 • Percent of Fund Grouping’s Total Gains 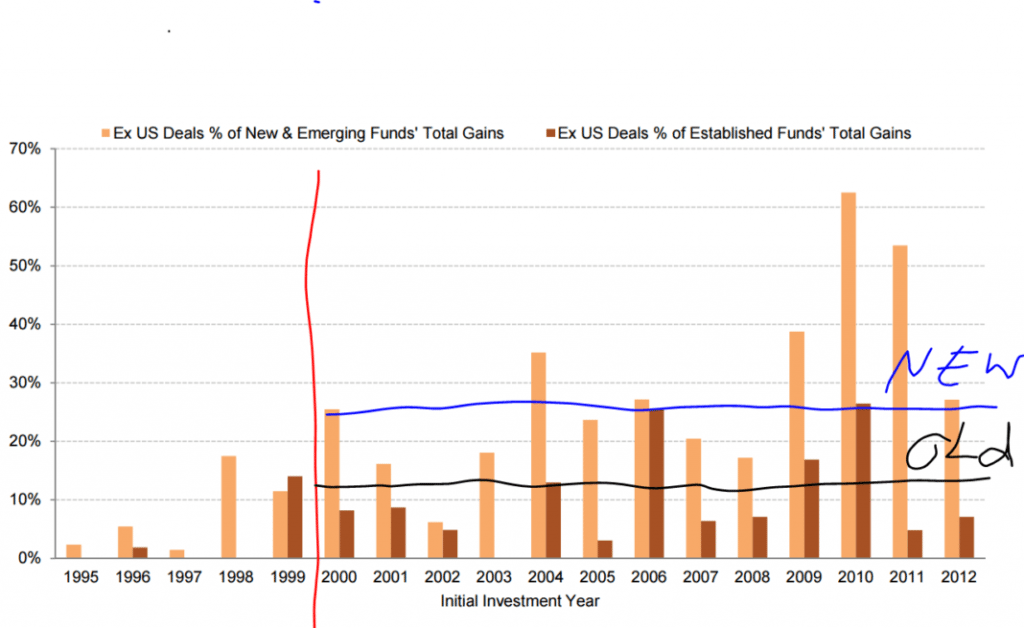 The changing composition of the top 100 performing companies and the technologies that enabled them, the funds that invest in them and the operating environment precipitate the need for firms to be more dynamic and innovate their own models. As returns come from new markets or just outside of traditional hubs and new, innovative venture firms come to address challenges, there may likely be further dilution in value creation in the industry.

Some of the changes occurring VCs need to adapt to are:

The data is by no means definitive, but there are starting to be some trends in the direction that innovation in venture capital has already happened and will only accelerate leading to further fragmentation of returns.

Outside the scope of this research report is the potential for new platforms to disrupt aspects of early stage investing, such as with AngelList and their syndicates (US for now) and crowd funding platforms which are gaining regulatory approval and increasing credibility (E.g. crowdcube in london which advertises deals on the Tube).

I personally believe one of the key points here is the combination of the ability of startups to scale with limited capital and gain traction in the early stages, and the rise of the micro-specialised-VCs that can arguably better support those companies and in doing so allocate capital in an efficient risk-adjusted basis and get solid, consistent returns.

No doubt the big boys like a16z (sort of a new fund compared to Bessemer), in some regards FRC (at early stage) and others hold real advantages over smaller funds, particularly the micro-vcs. The honest reality is bigger funds have more management fees and with these, if so inclined, you can run all sorts of initiatives to support and attract the best startups. Furthermore, with more dry powder and brand you can muscle your way into deals and getting more than your pro-rata at the expense of other smaller coinvestors (I know this for a fact to be true). But to some extent you are only as good as your last deal, so larger funds can rest on their laurels for only so long with their competitive advantage.

Btw, check out Cambridge Associates and their research here. They have some super stuff and in my experience, very smart and affable guys. This is a synopsis of their research and all the smart stuff is attributed to them! 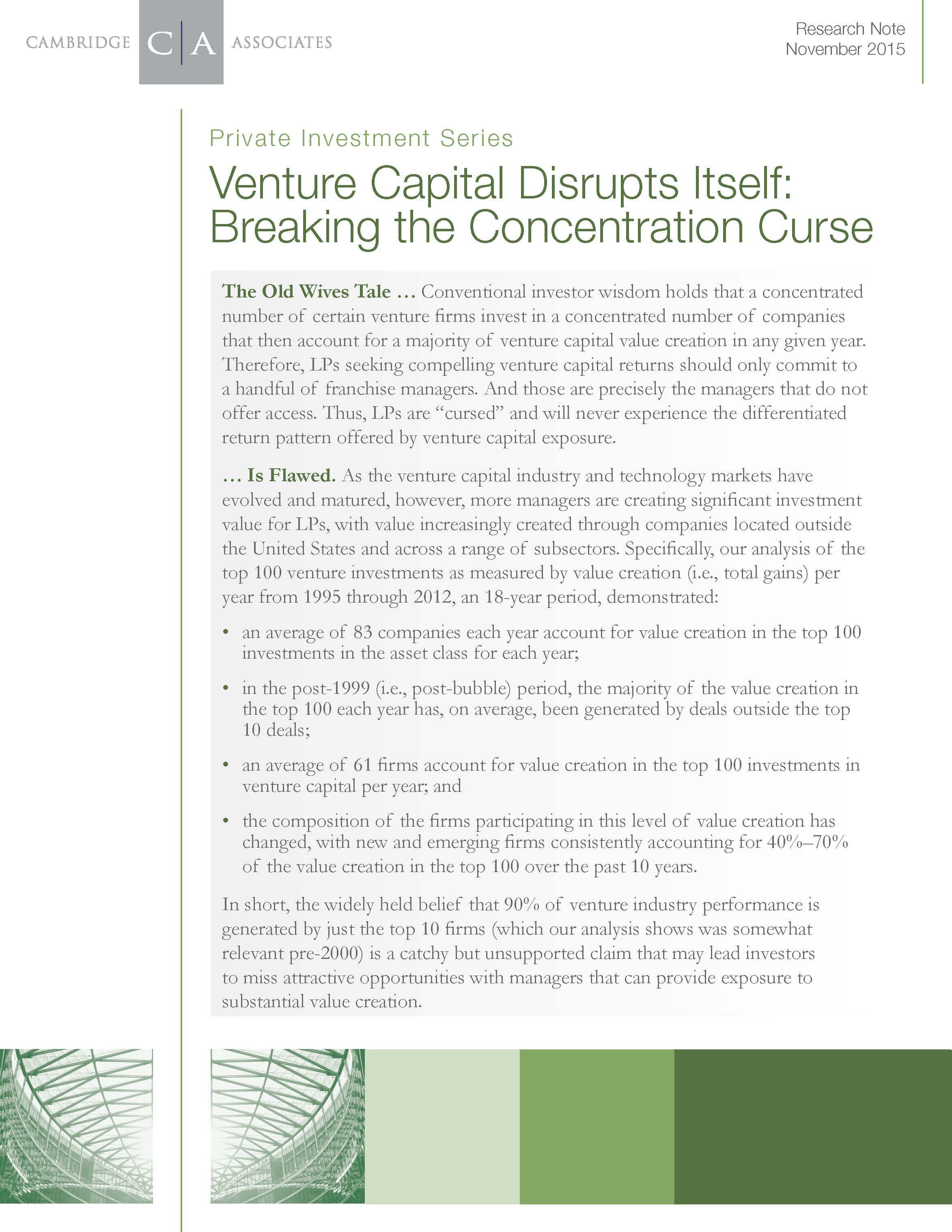 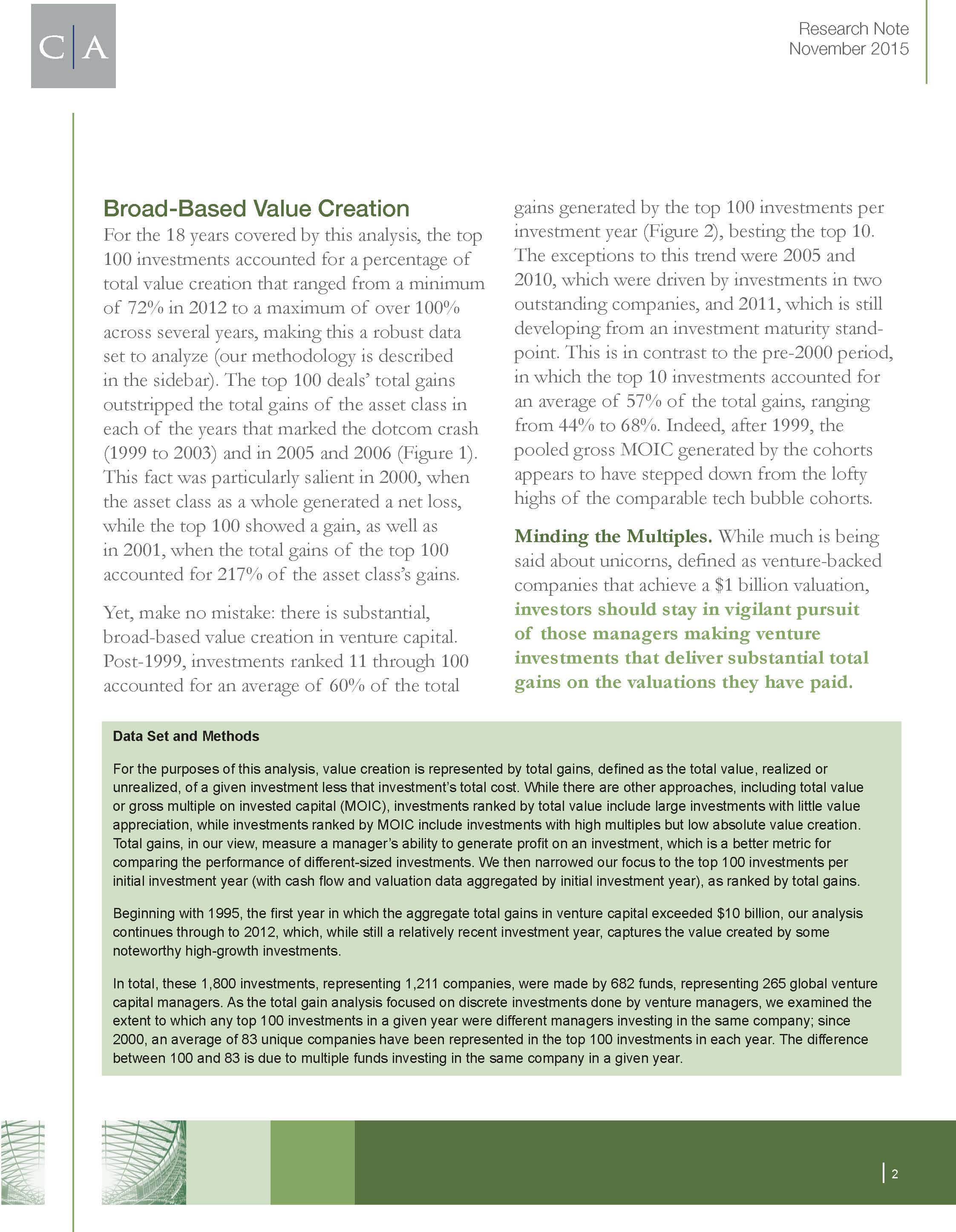 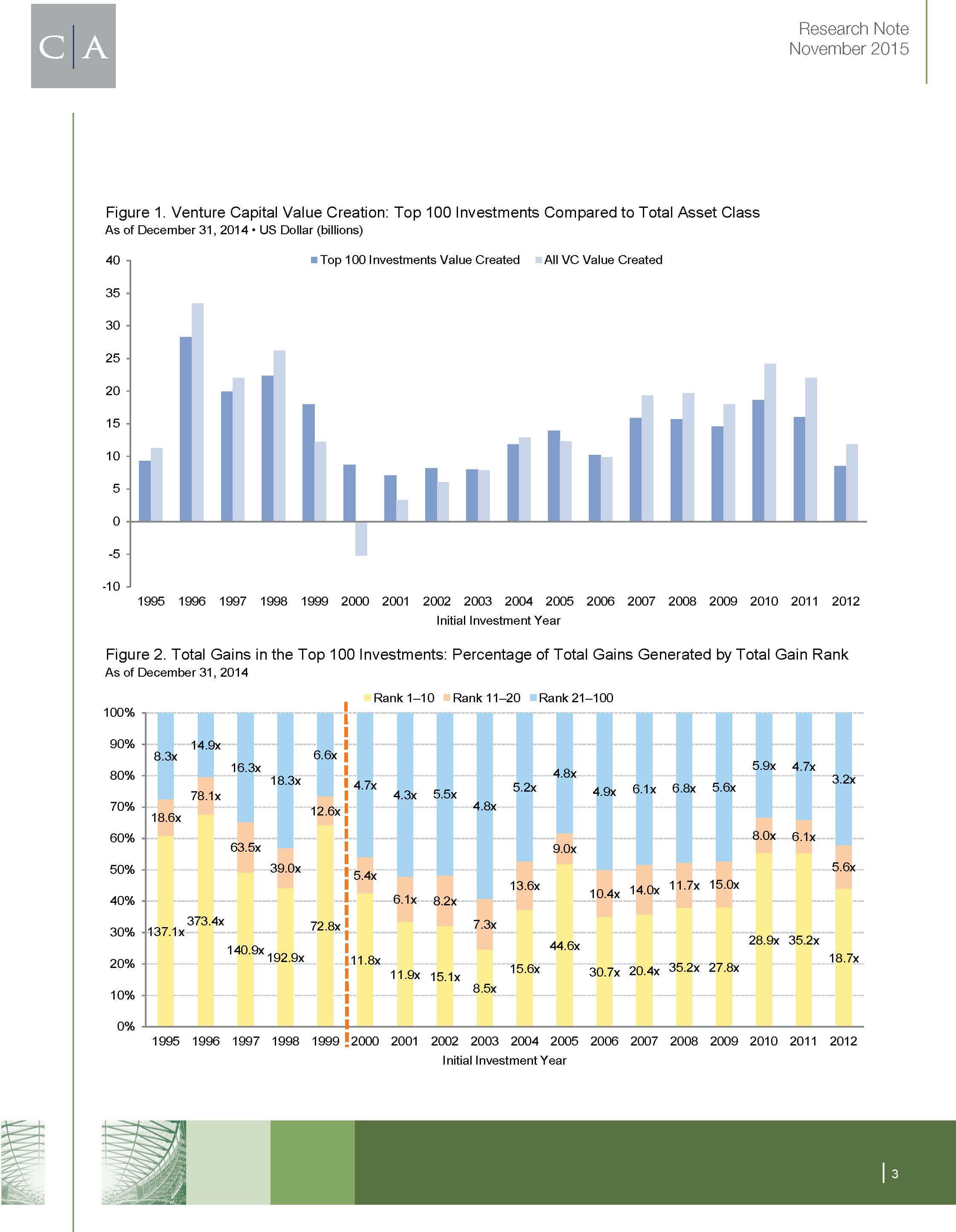 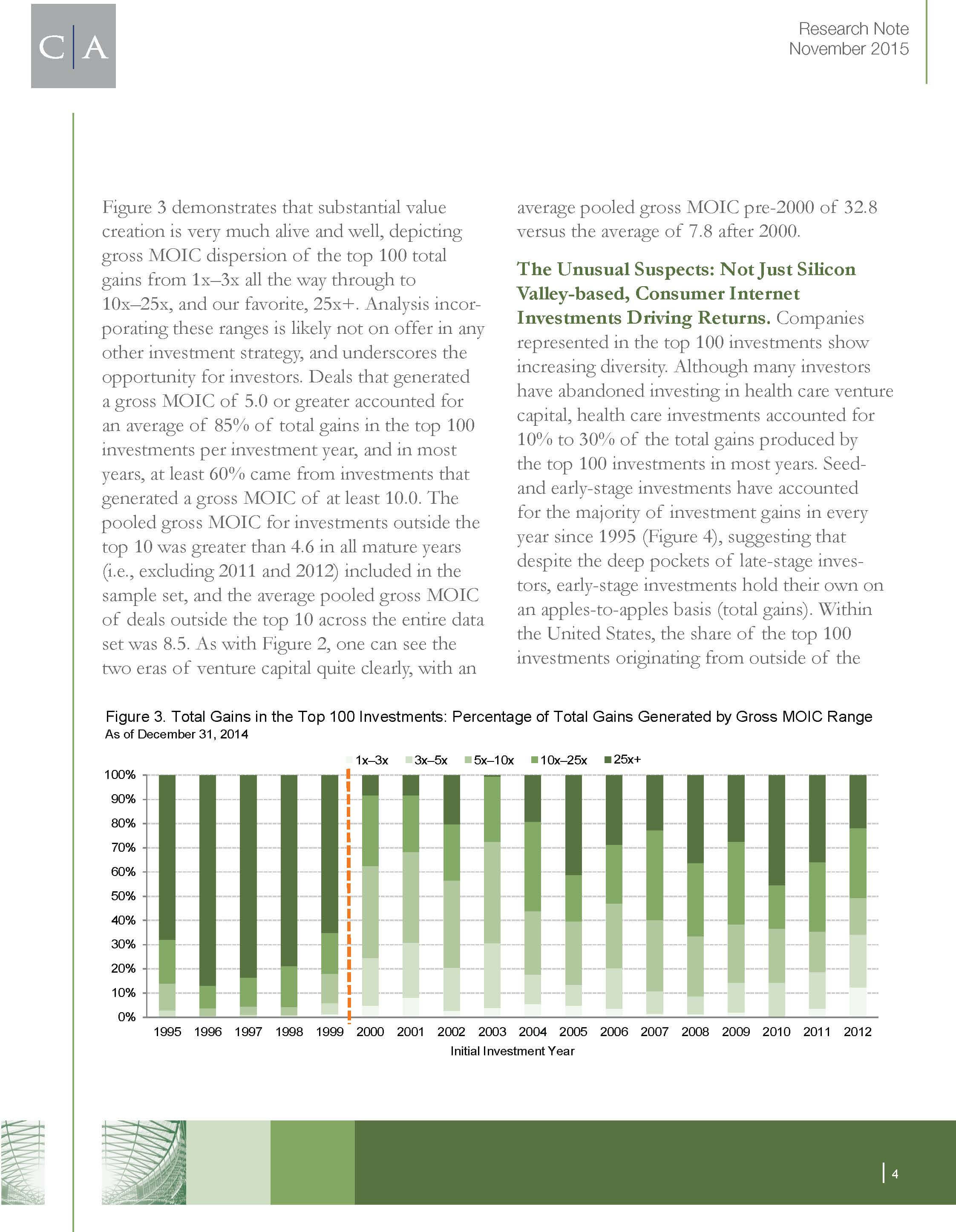 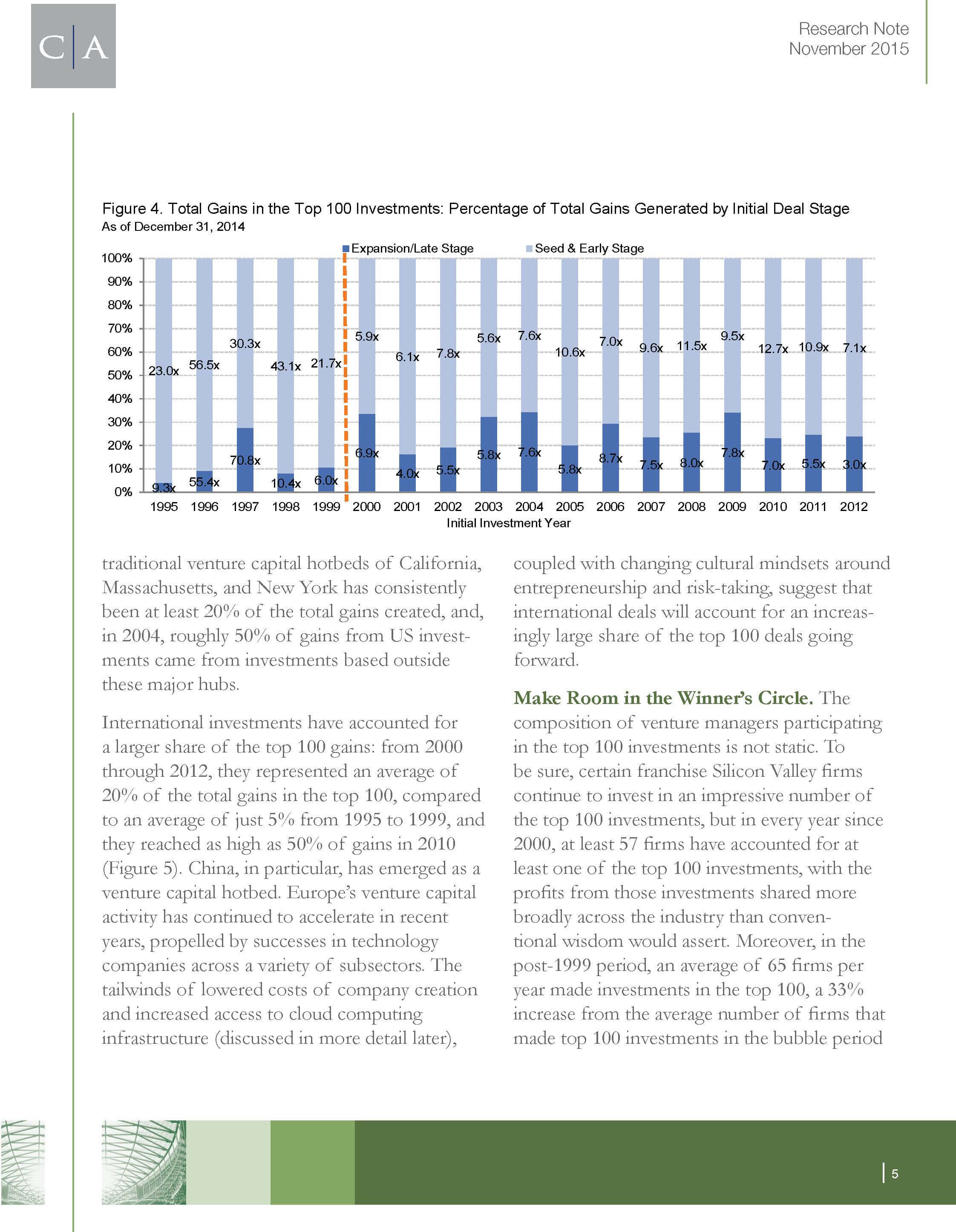 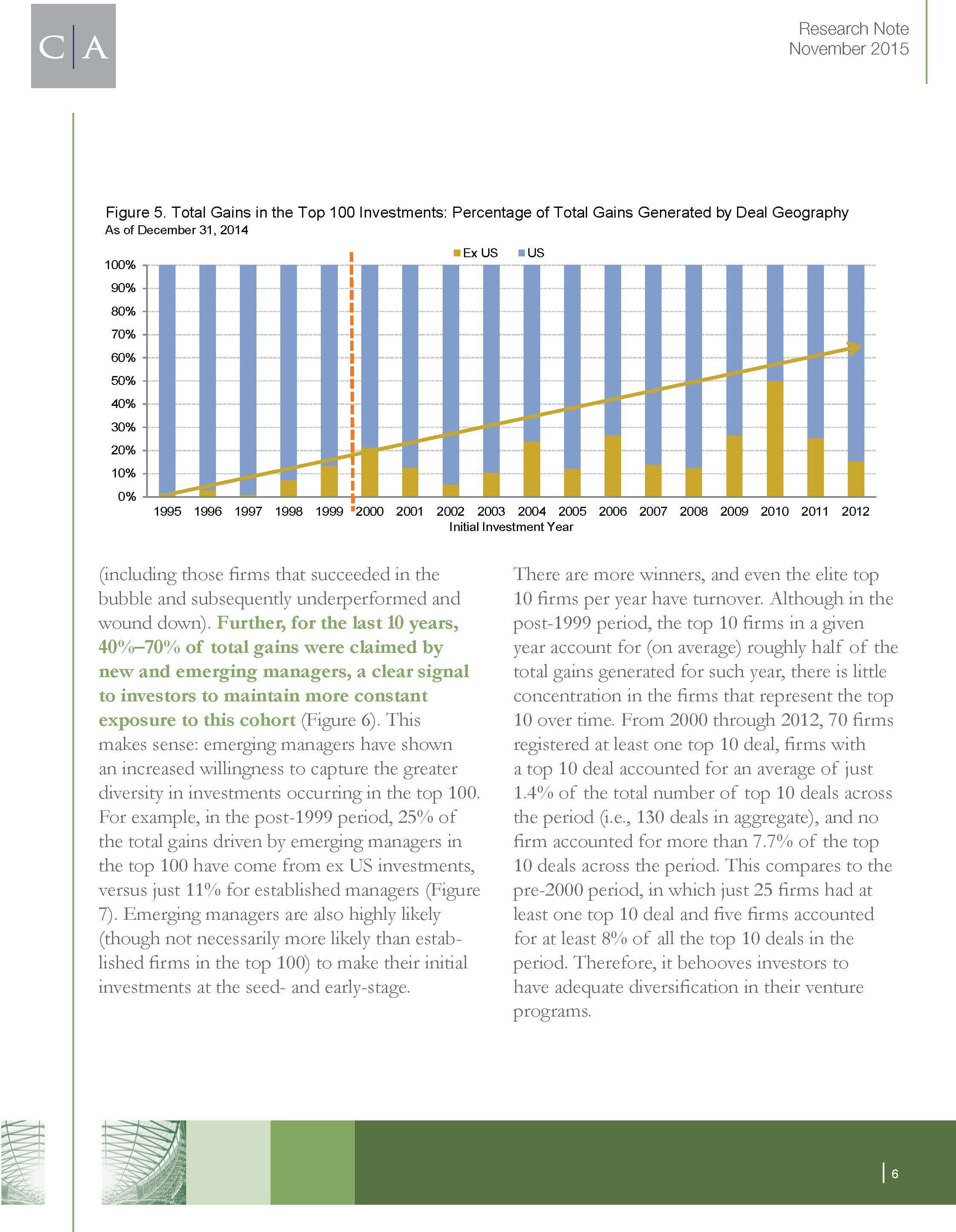 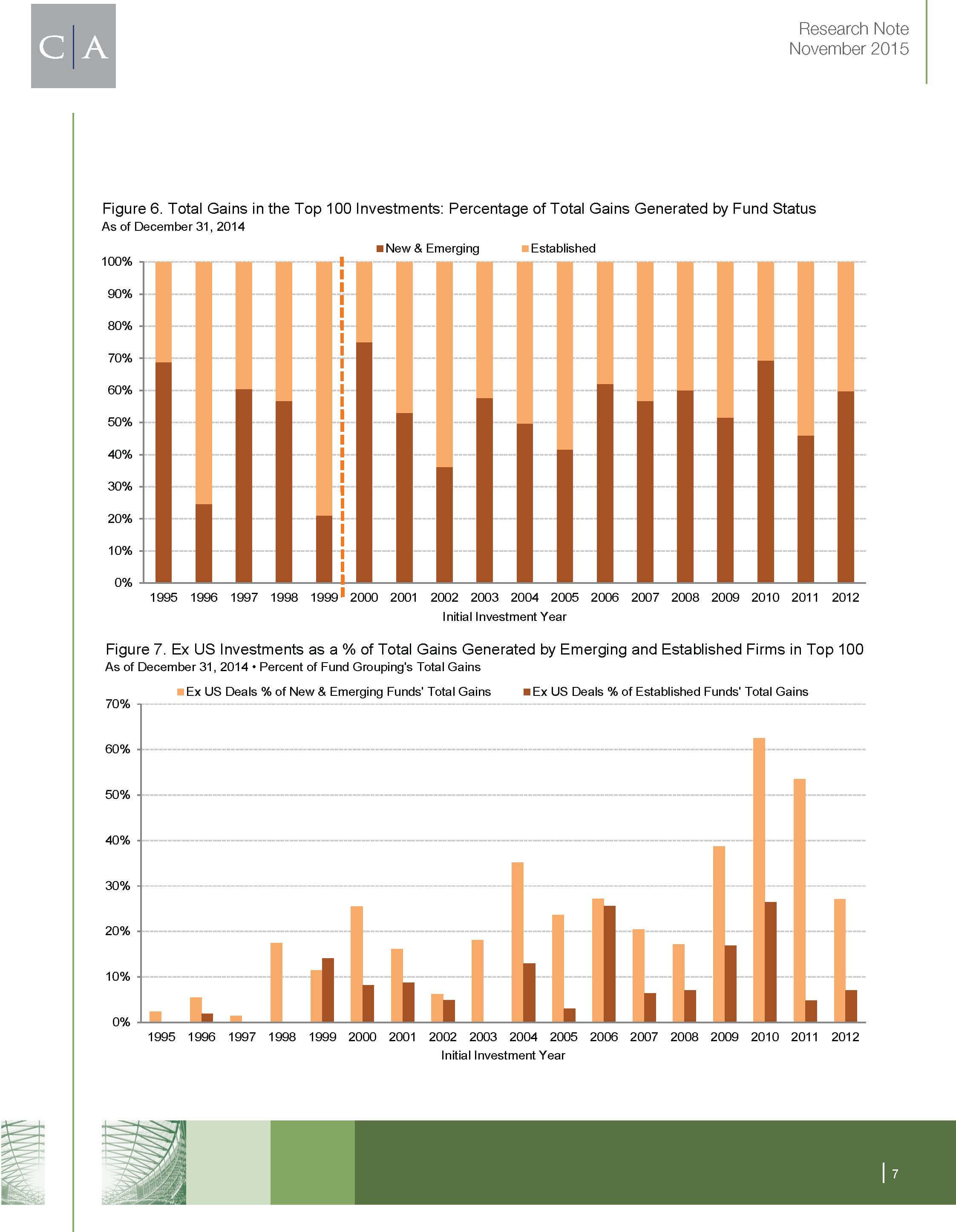 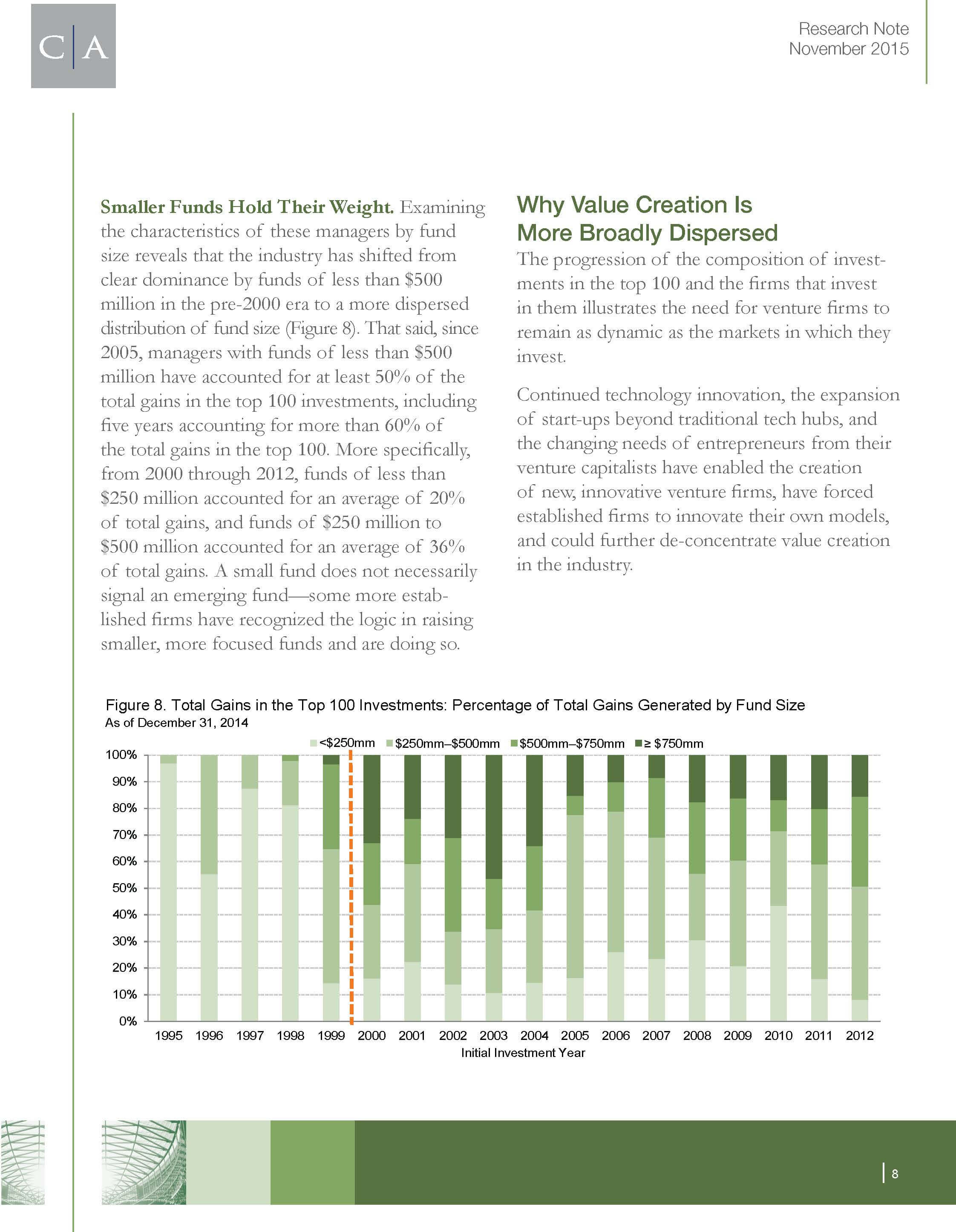 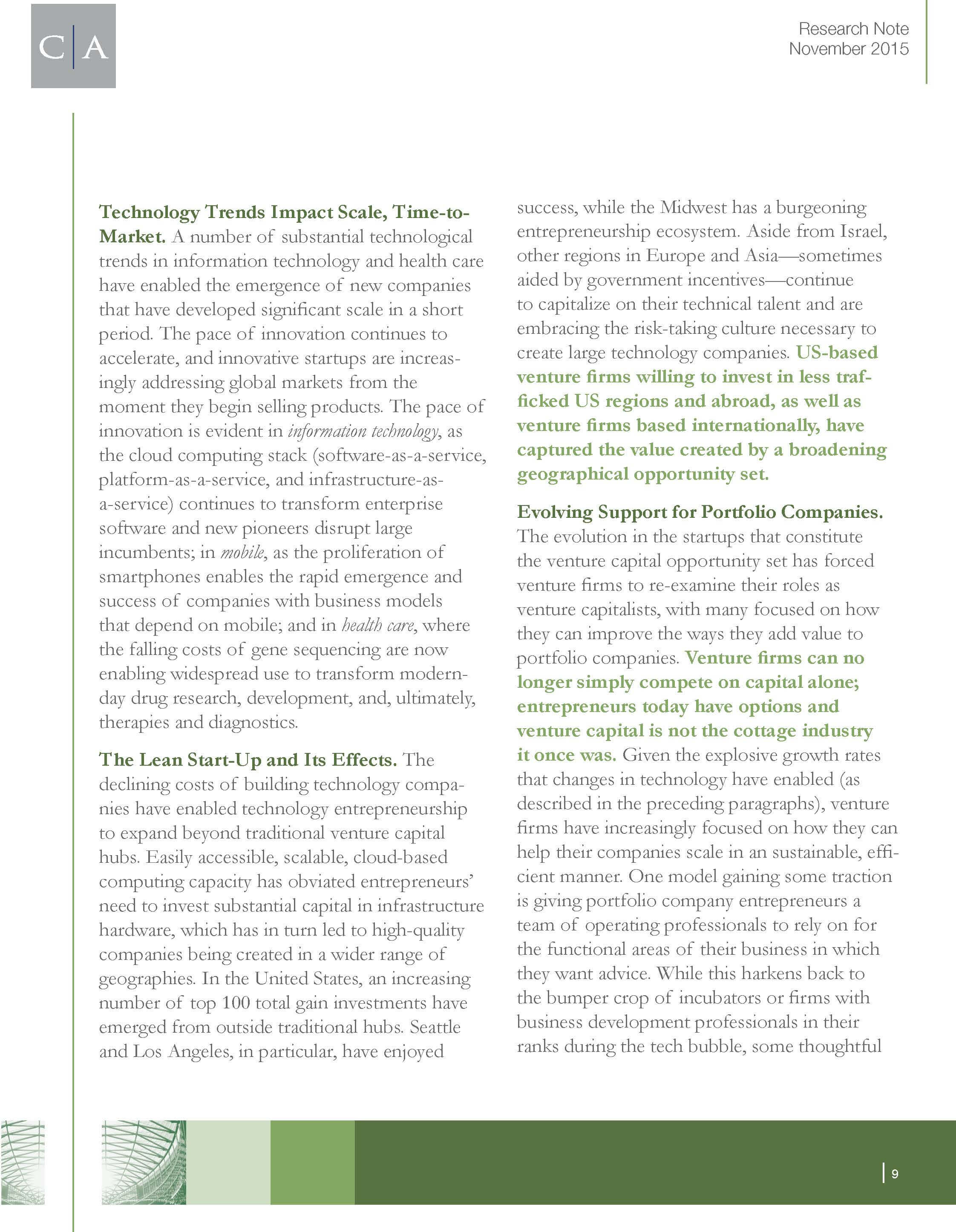 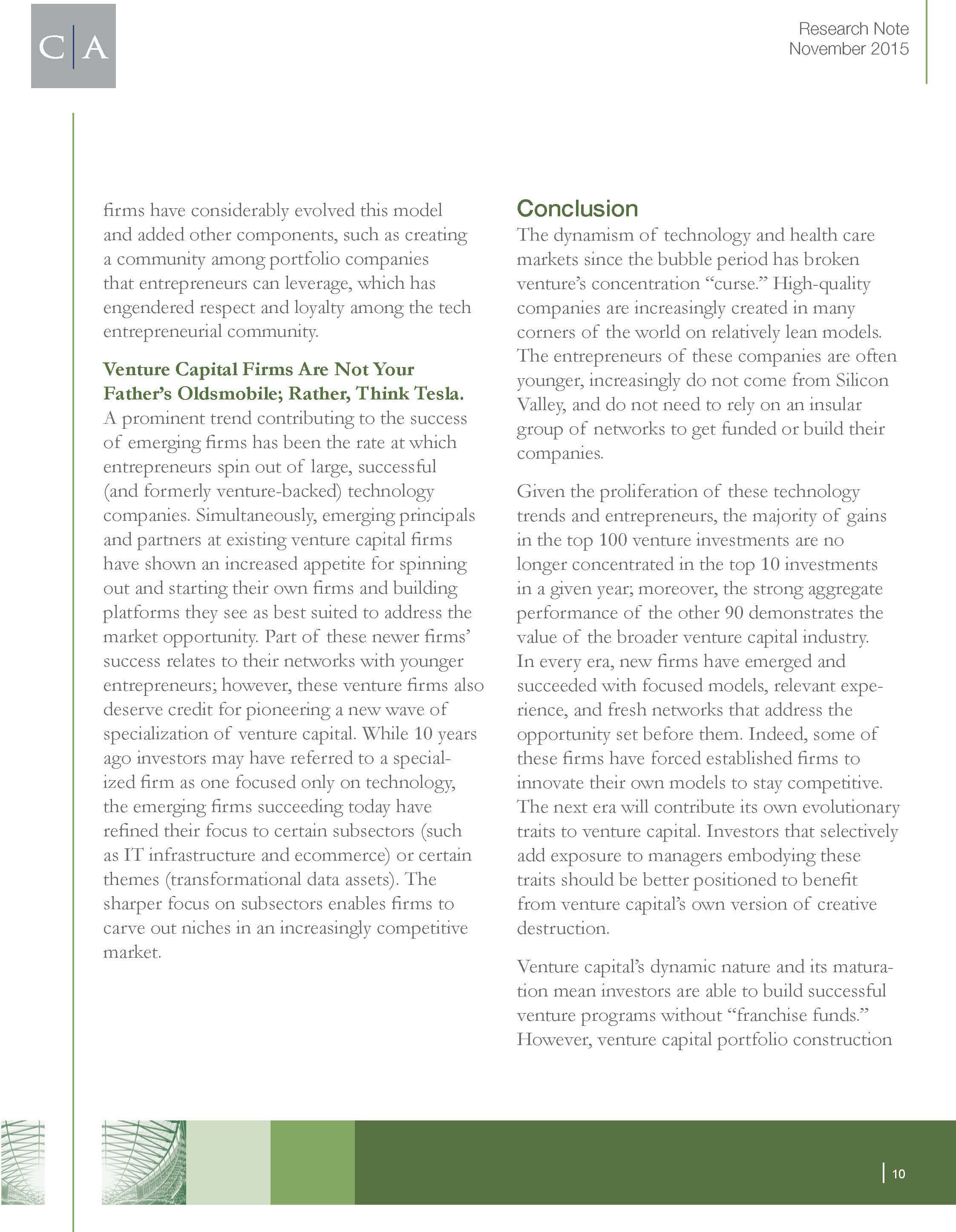 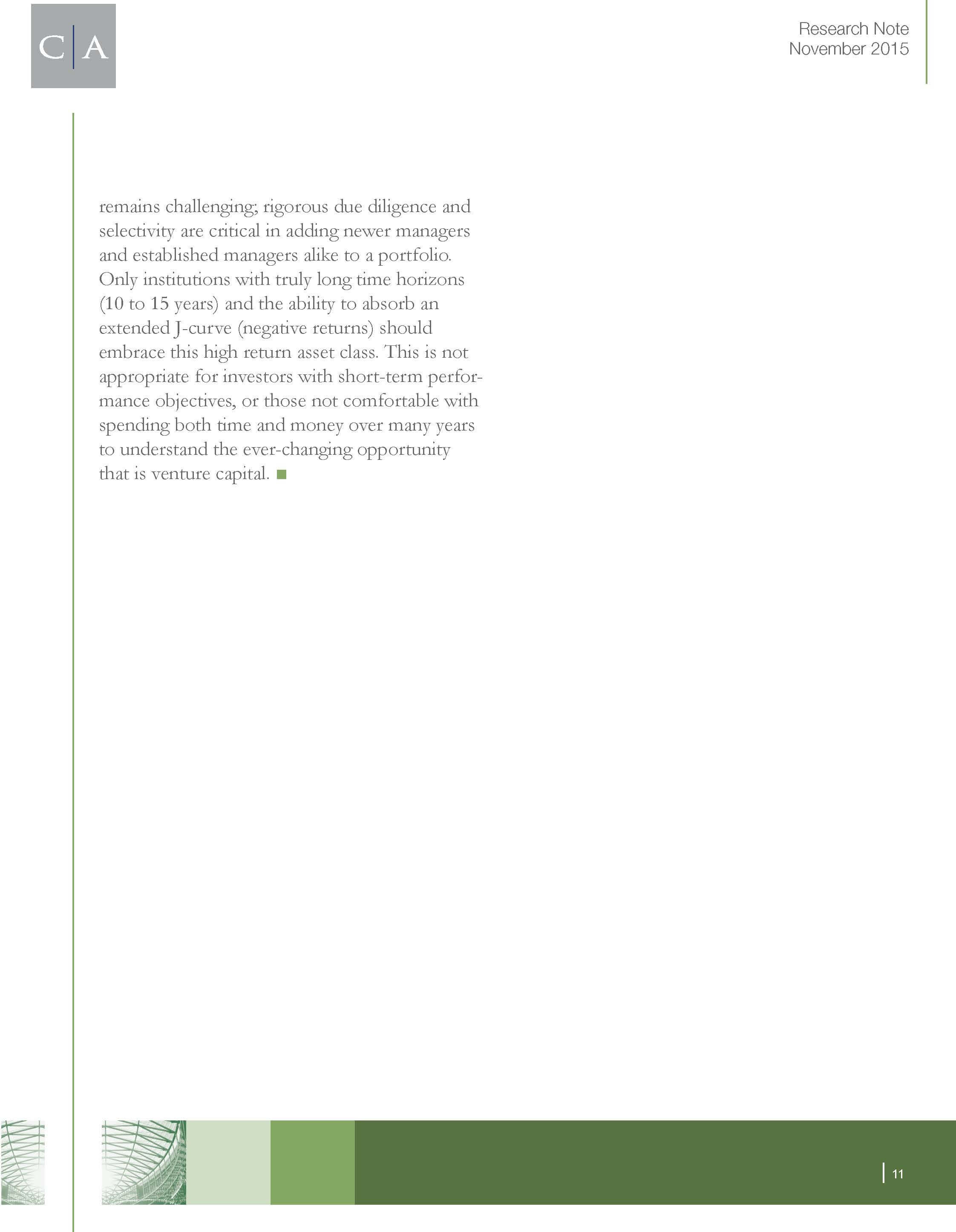 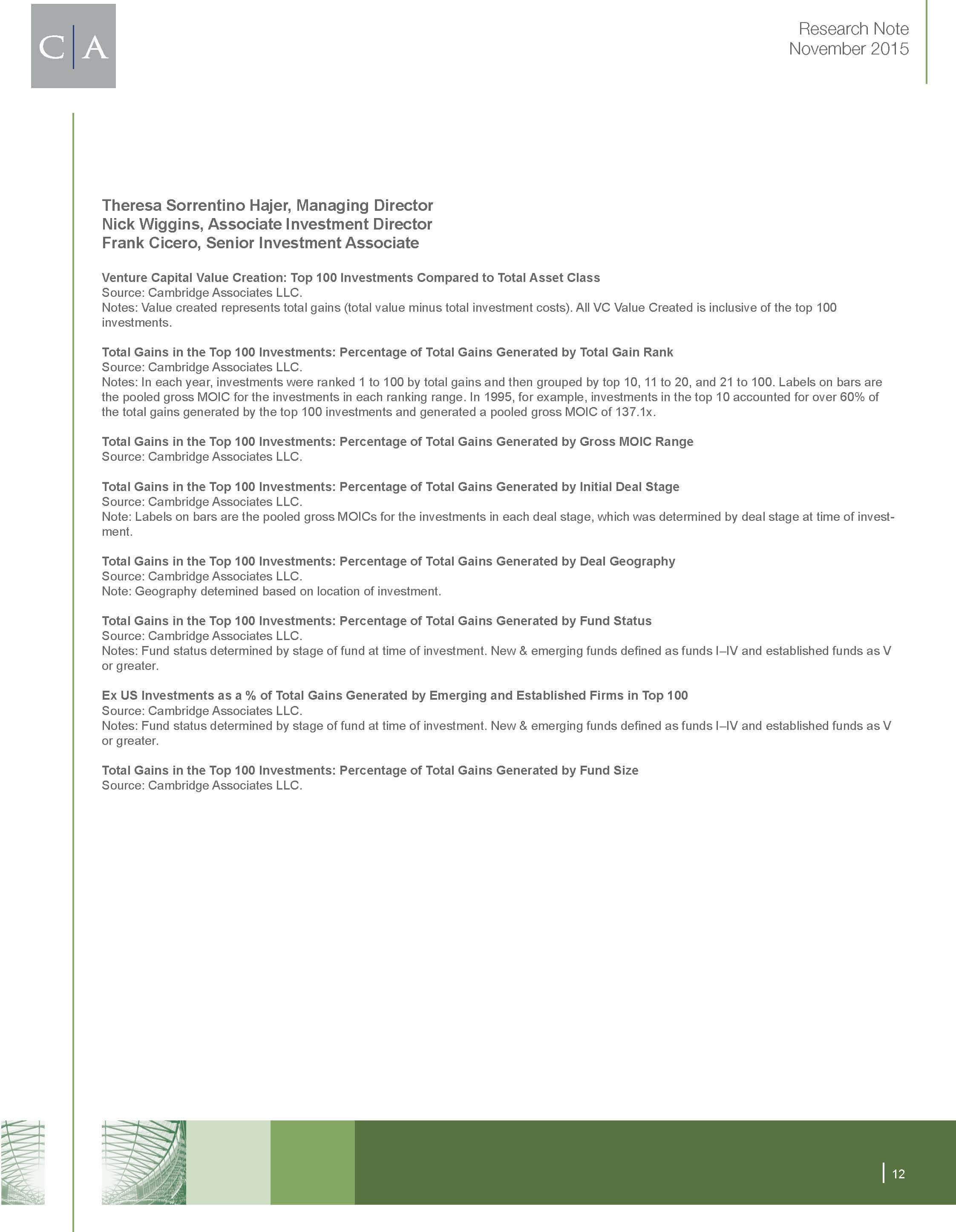 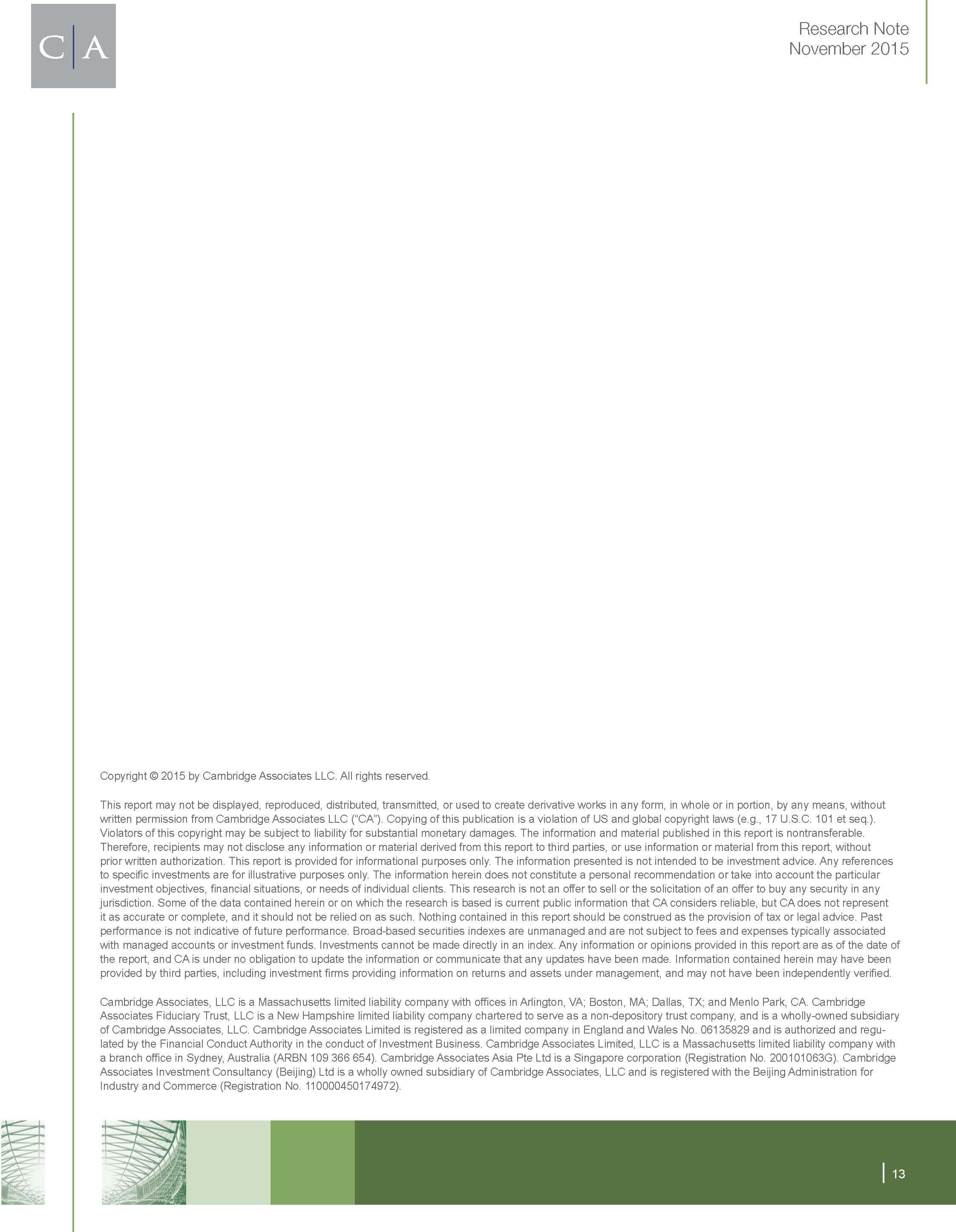