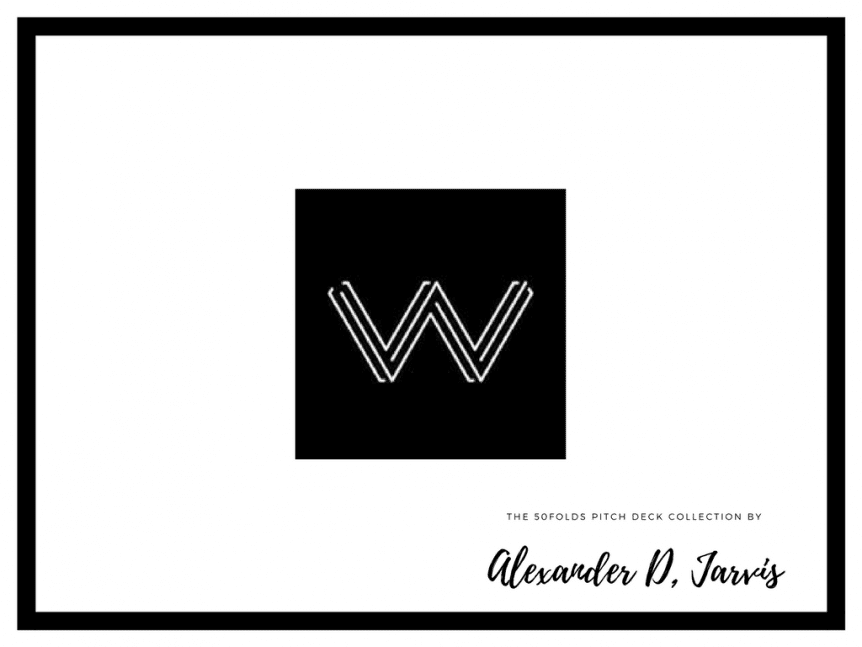 This is the pitch deck that Wattage failed to raise capital with. In total, they had raised an Angel of $200k from friends and family. Wattage was an online platform that makes creating hardware easy. Whilst they didn’t raise VC investment with this deck, it is quite pretty 😉

In fact, as the founder put it:

“Now That’s A Beautiful Pitch Deck.” The one piece of consistent feedback we received throughout this entire process was how nice our pitch deck looked. We often joked that no matter what happened with Wattage, I could at least take a job building decks for others. Obviously its contents didn’t do much to help build a successful business, but I figured it might be worth sharing nonetheless. It didn’t exactly follow the standard pitch deck format, and it was also described as “nowhere near as crisp and focused as required.” But at least it looks nice, right? Sigh.

Wattage is a new approach in building personal electronics. One that eliminates the complexity of building hardware, so anyone can create beautifully designed, internet-connected products with nothing more than a browser and their imagination. The core of their platform is a WebGL-based product builder that makes creating hardware as simple as drag & drop. Various components such as buttons, sensors, lights, speakers, or screens can be easily added to any surface and positioned wherever you like. The device can be made larger or smaller, and you can select from a number of materials for the enclosure.

Once complete, your virtual device is converted into a physical product. The parametrically-created enclosure is fabricated using a combination of laser cutters and 3D printers, and along with the various components, everything is packed and shipped, all for a reasonable price.

With Wattage, customers can build, share, or remix hardware products in a way that hasn’t been possible before.

“The vision for Wattage was a future where anyone could manipulate matter. Where we needn’t settle for the generic, mass-produced things that currently line store shelves. A future where we can easily upgrade our old devices instead of throwing them away. Or reprogramming them to do entirely new and useful things.

We wanted to make it so creating and selling hardware was as easy as writing and publishing a blog post. You shouldn’t need to be an electrical engineer or an industrial designer to create electronic devices. Nor should you have to worry about supply chain or distribution if you wanted to sell them. We believed it was possible to eliminate all of that complexity, so the average person could easily create highly customized hardware without any electronics know-how, all within their browser.” 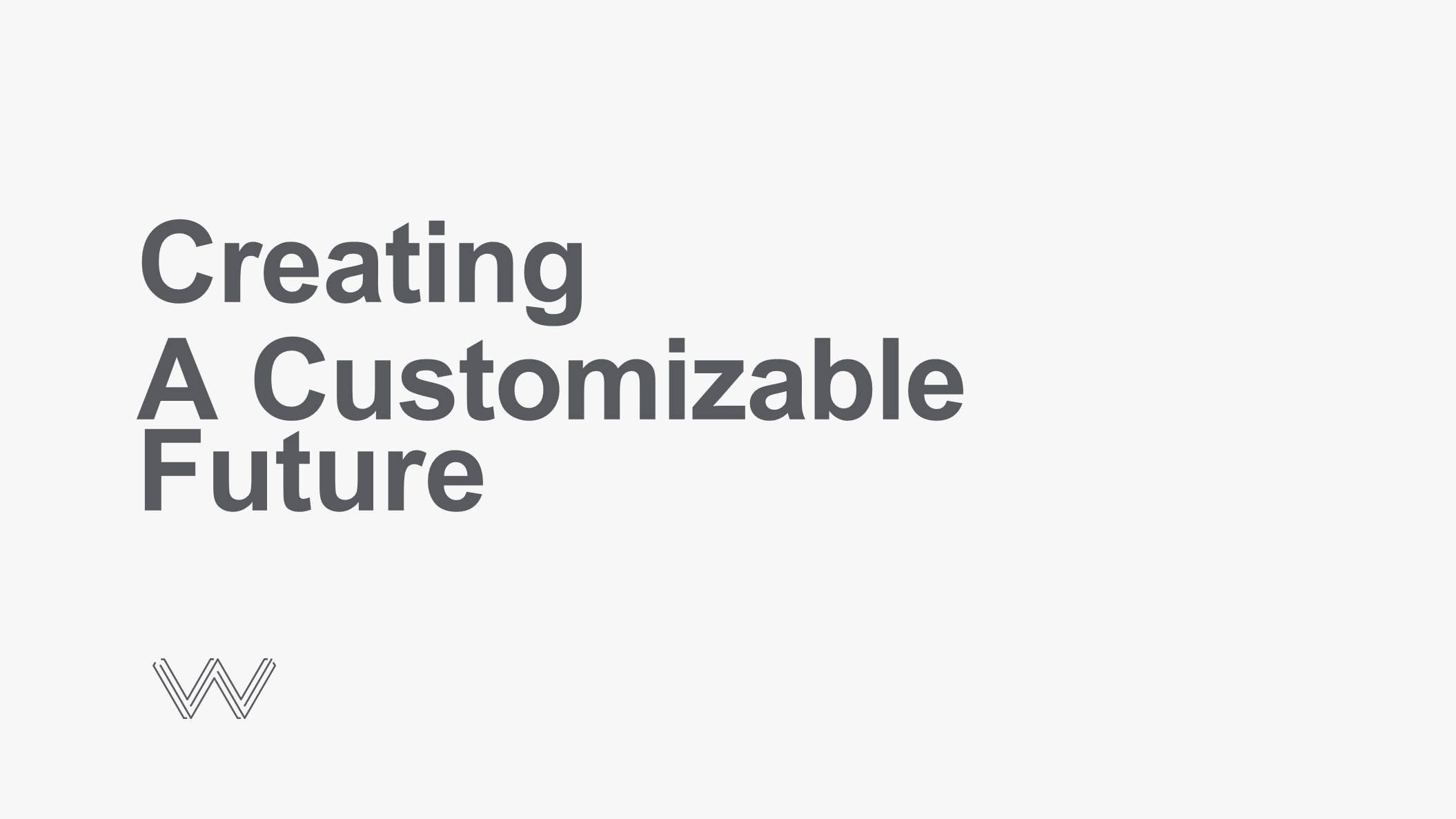 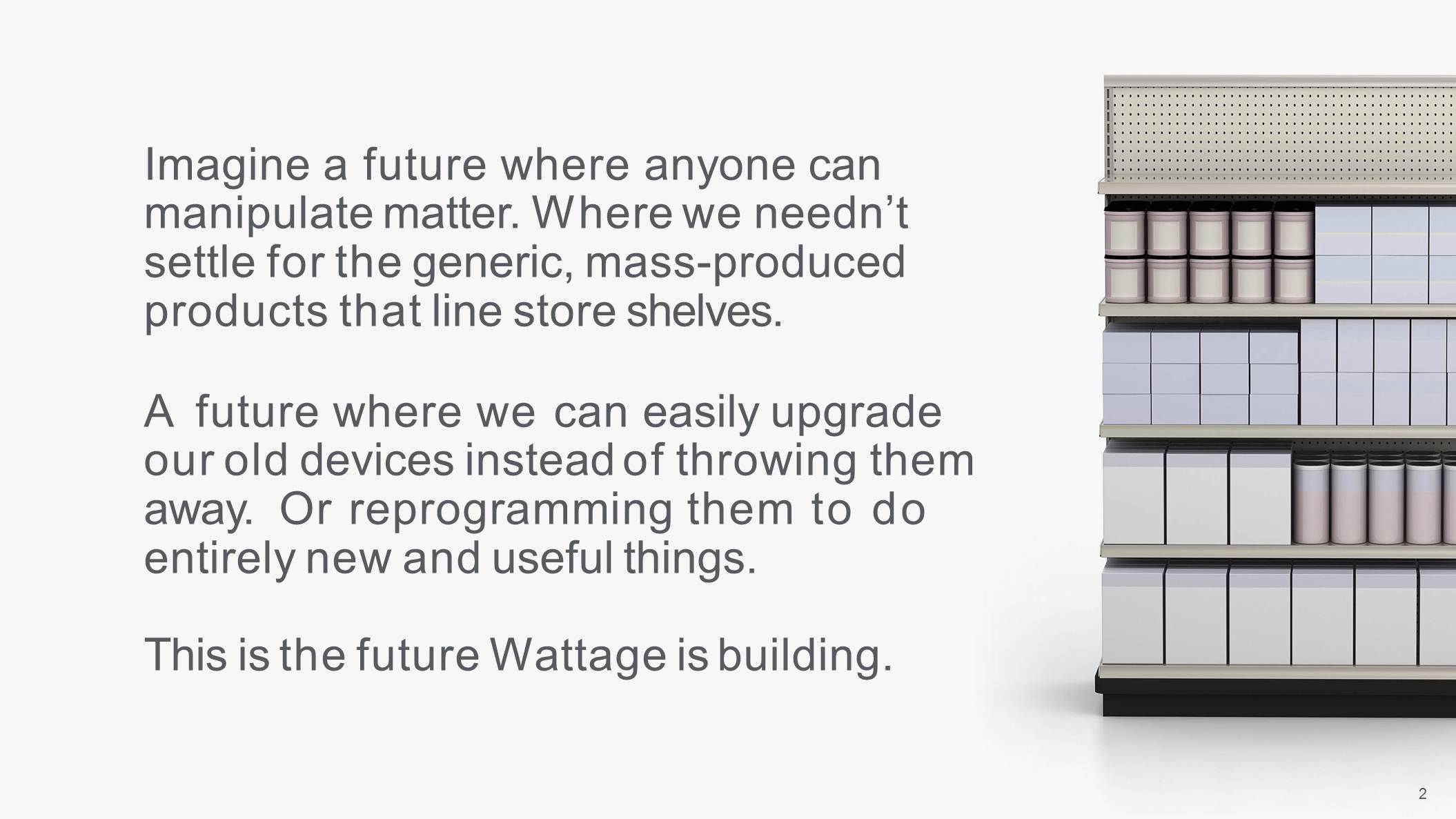 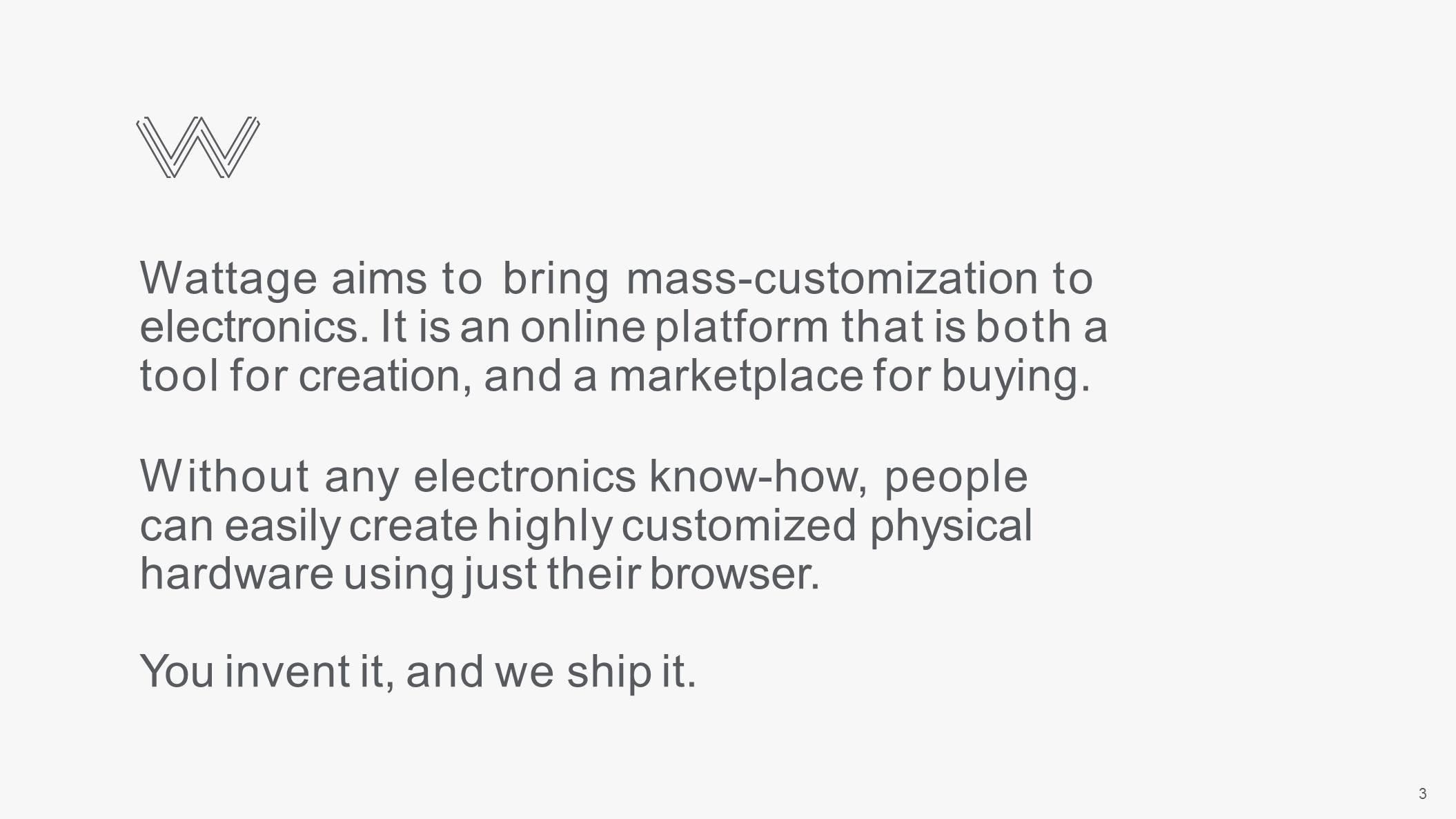 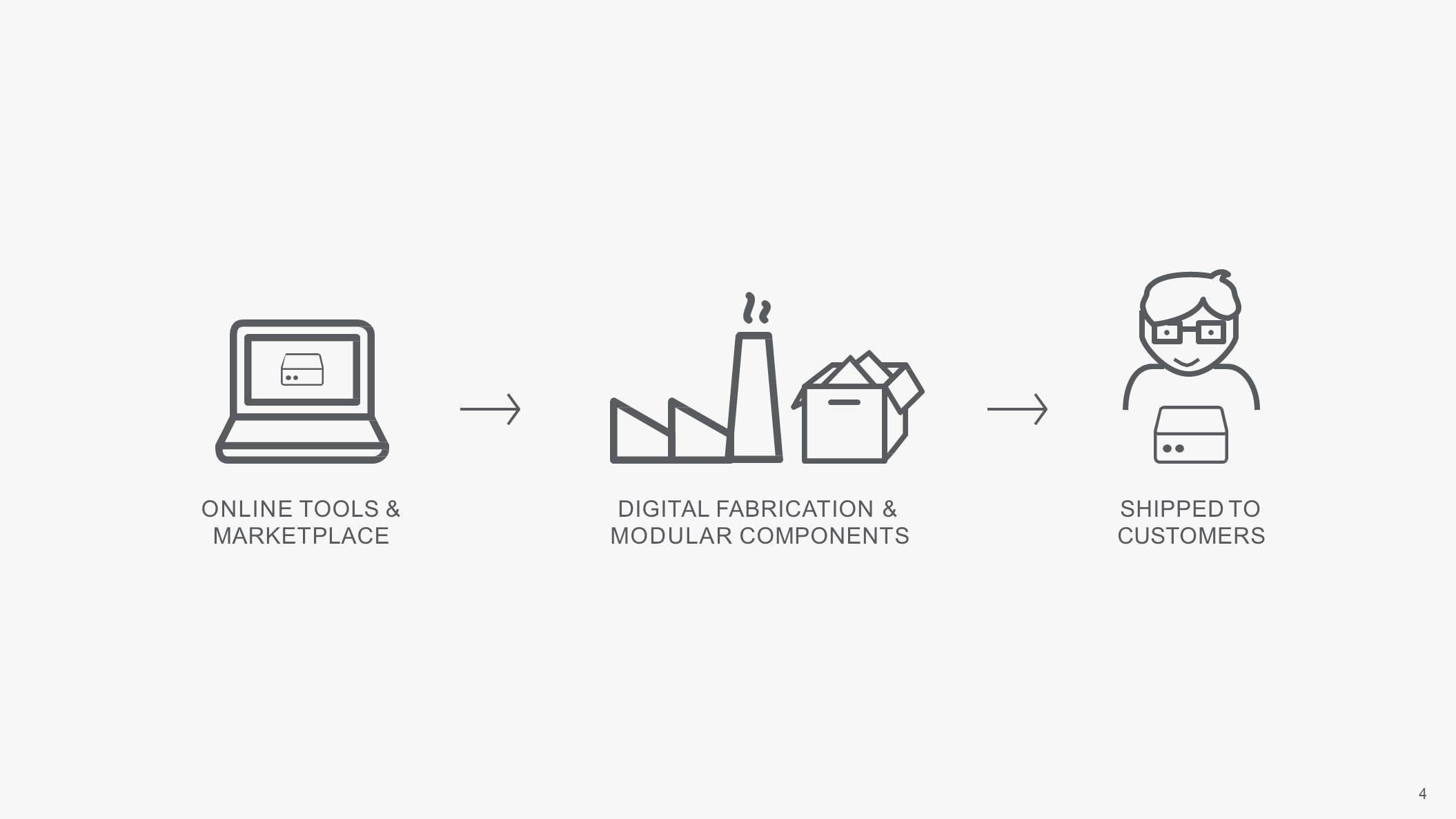 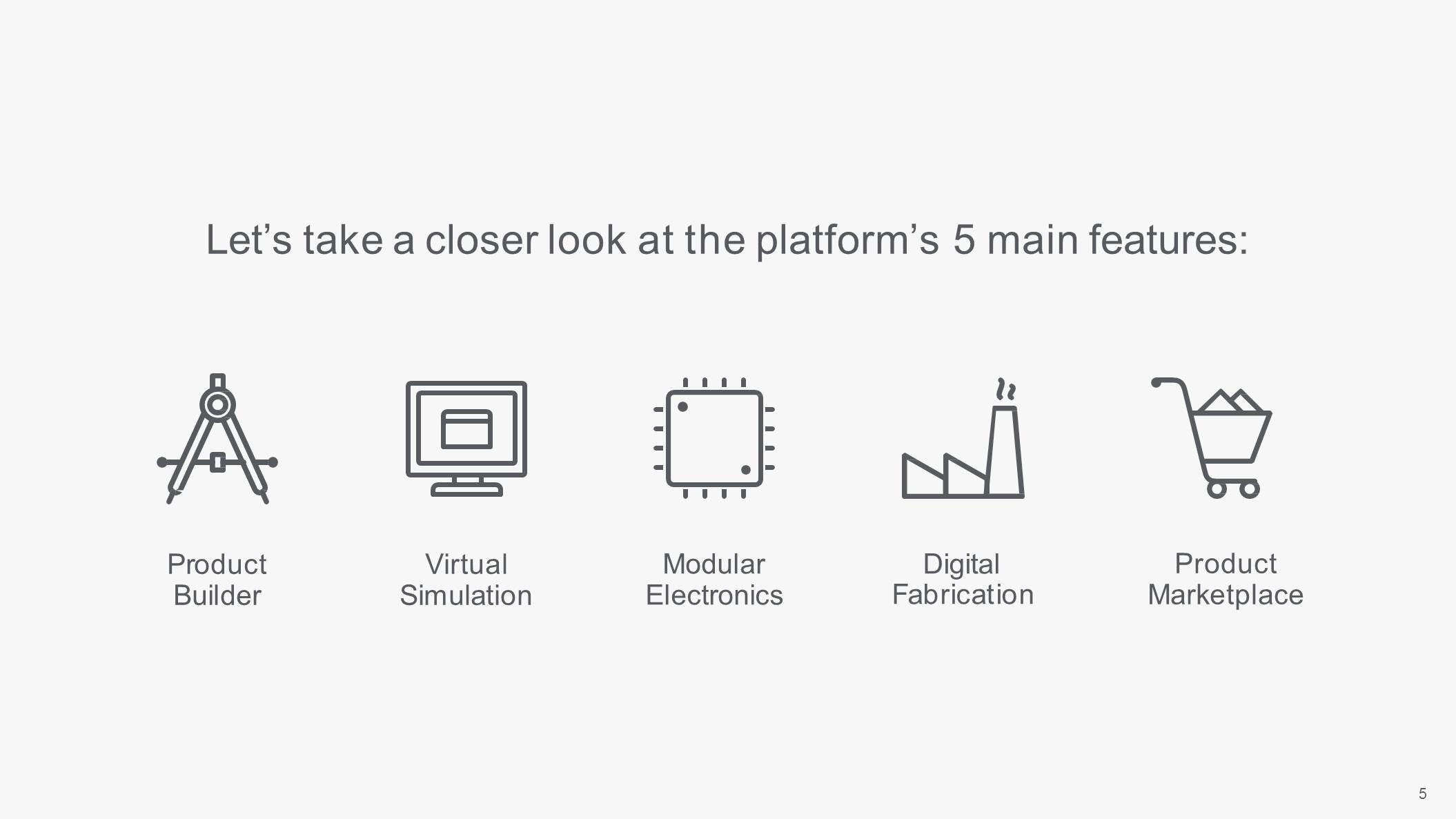 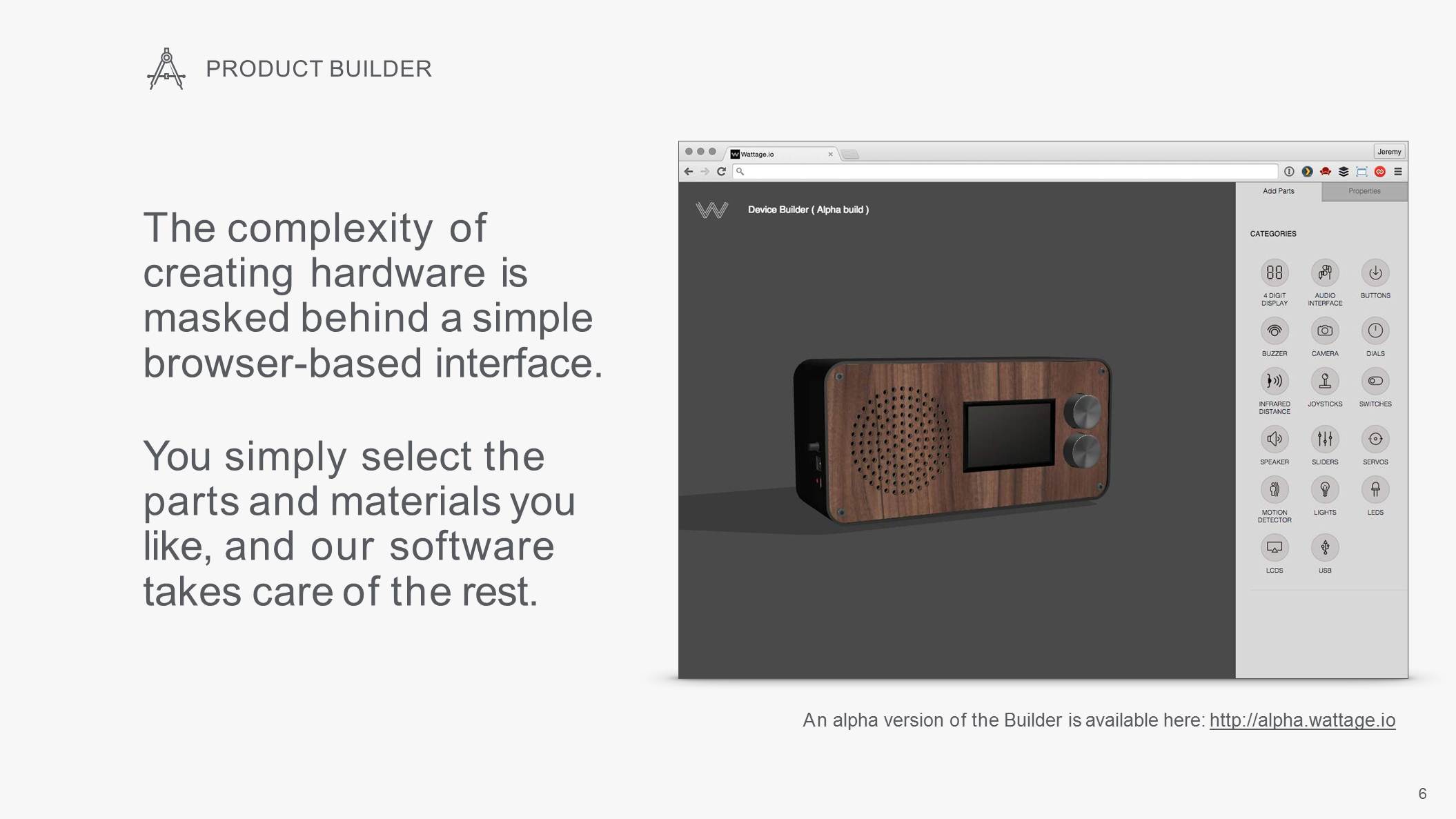 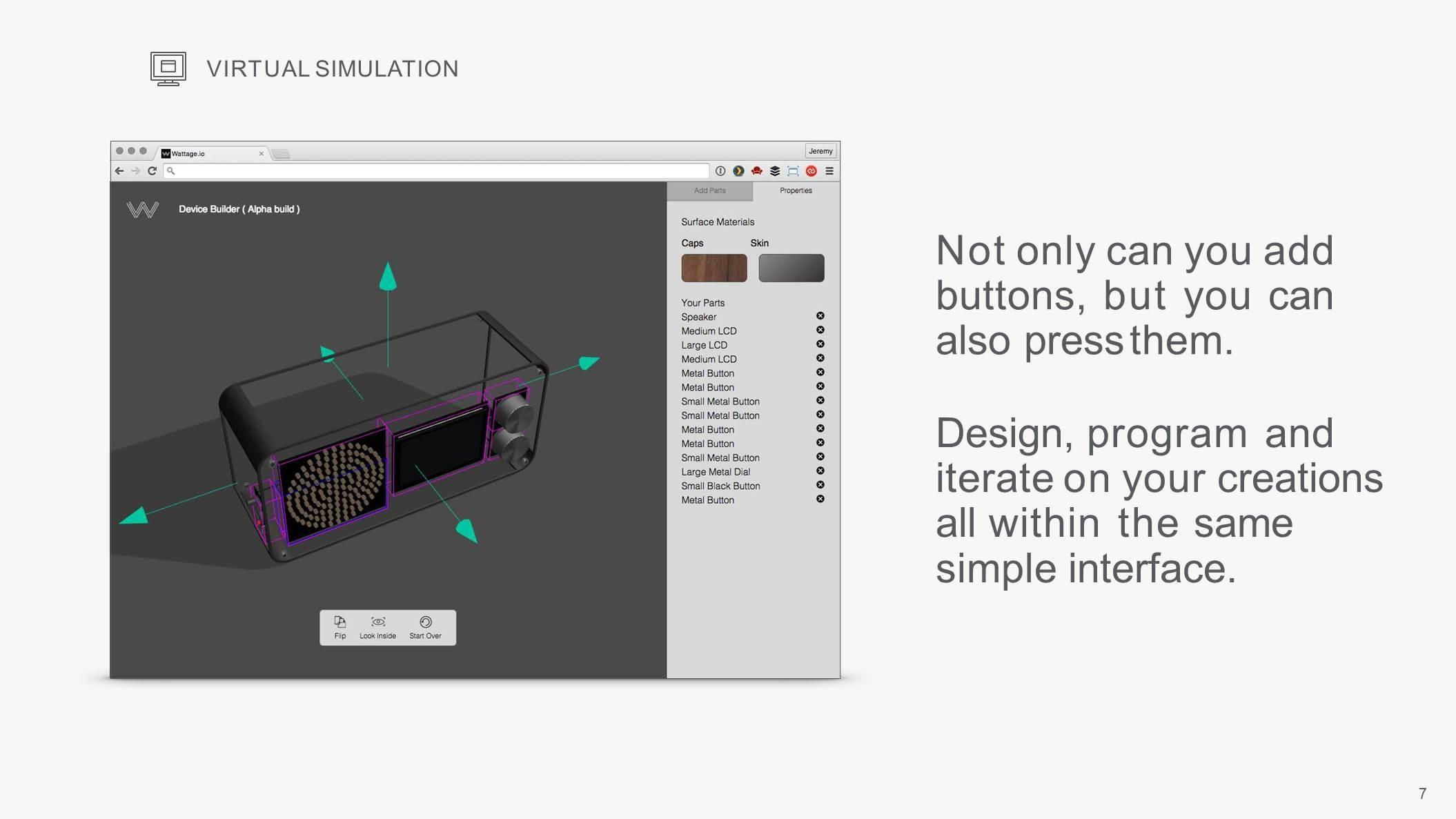 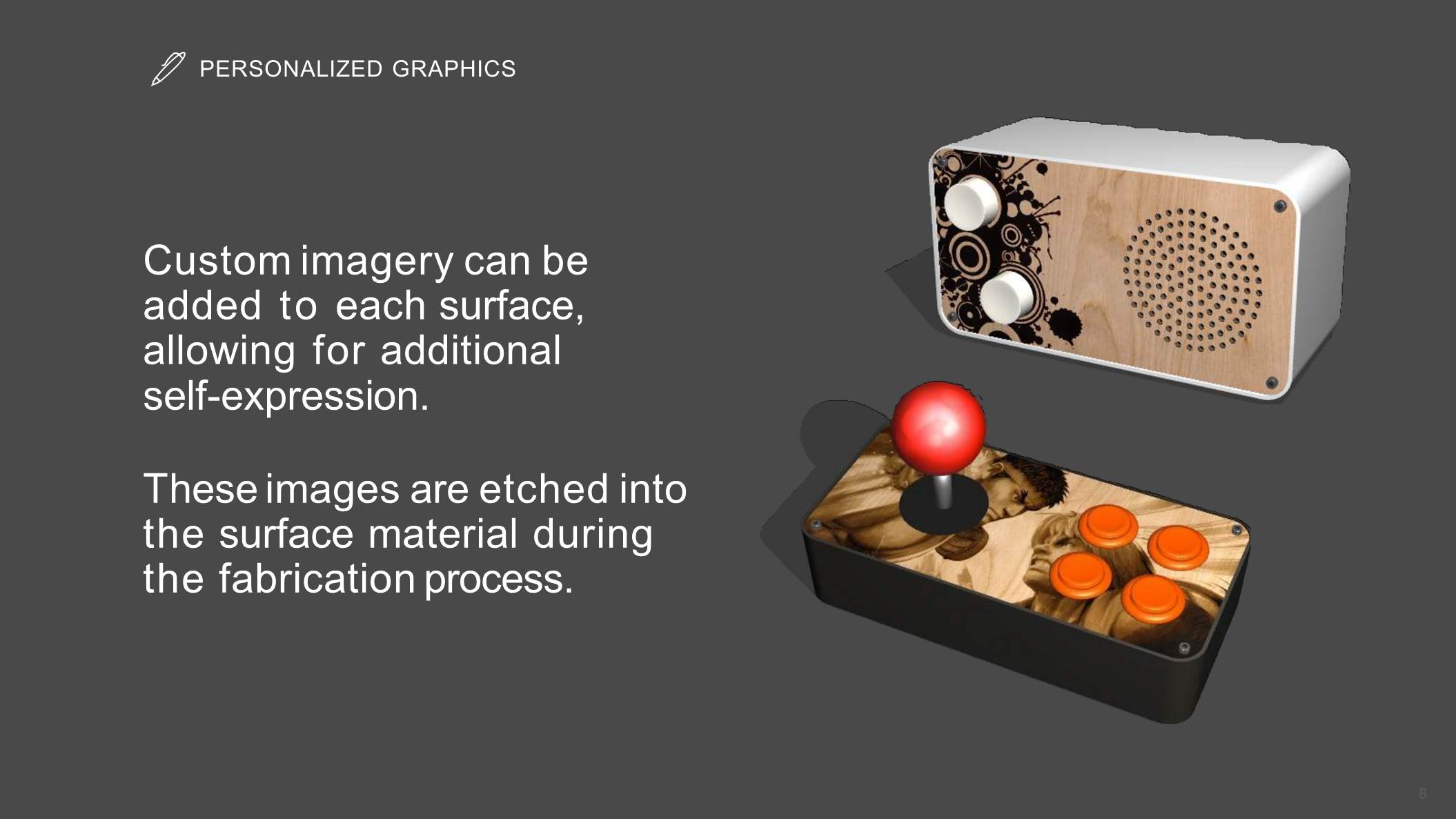 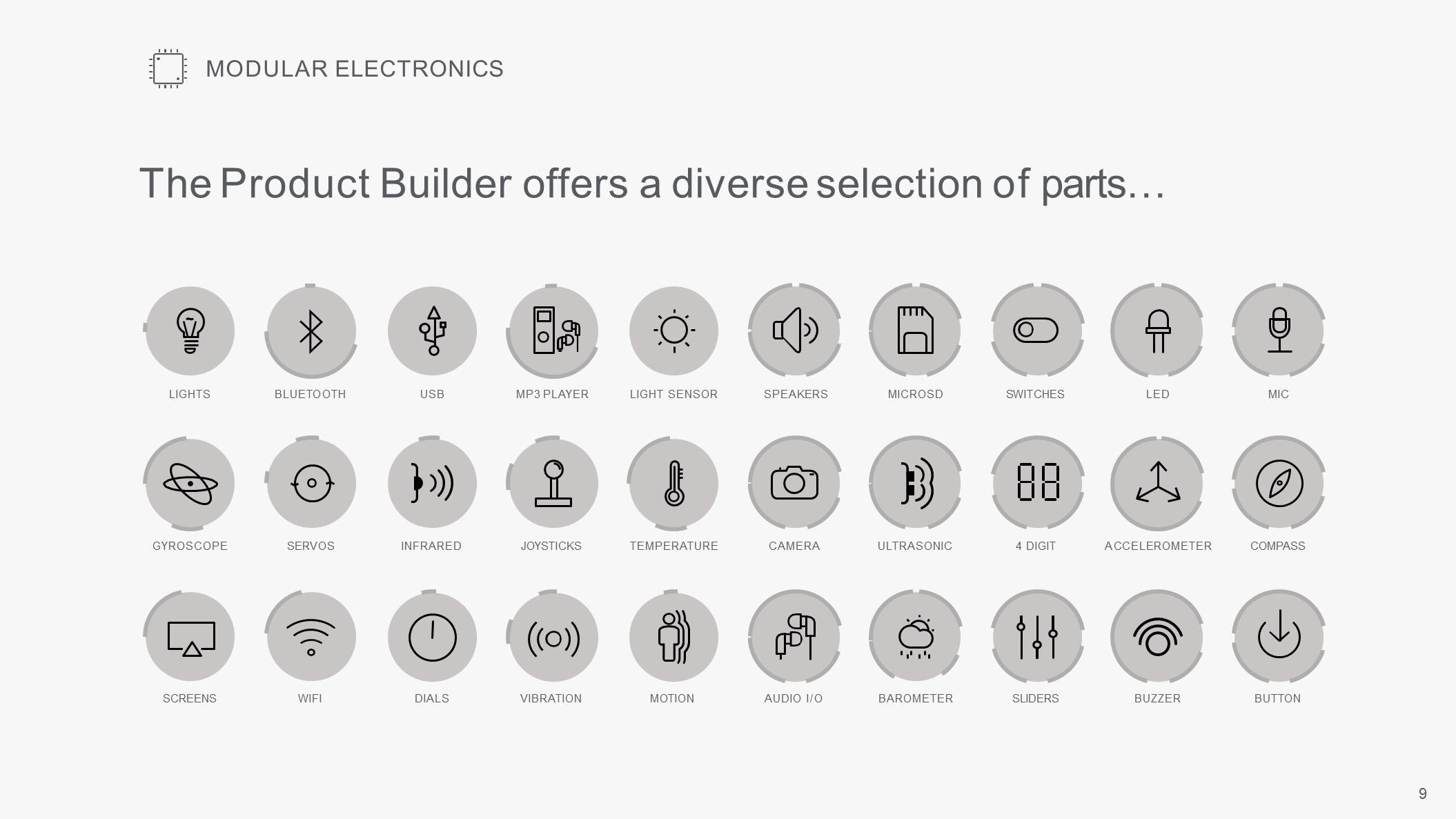 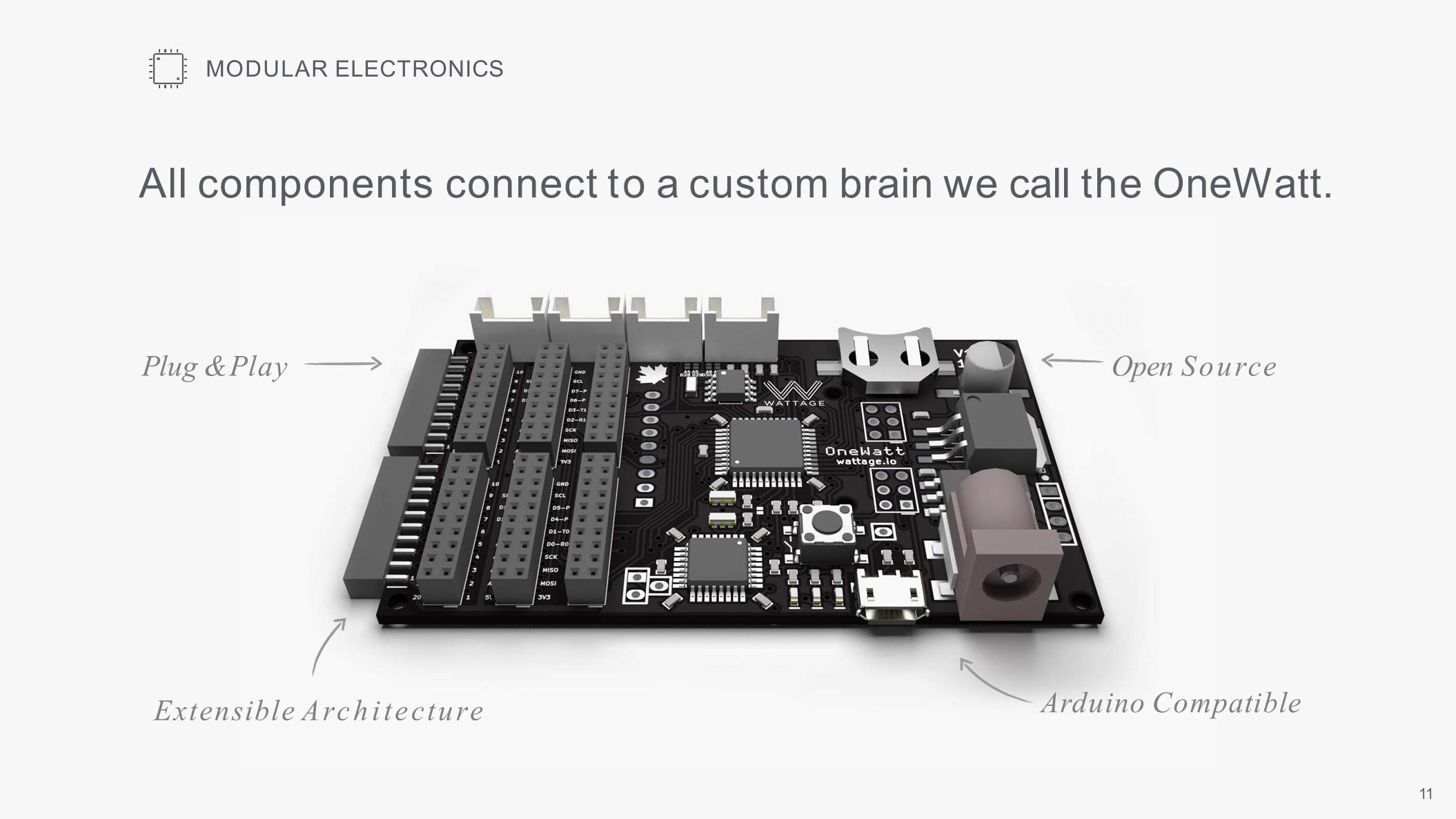 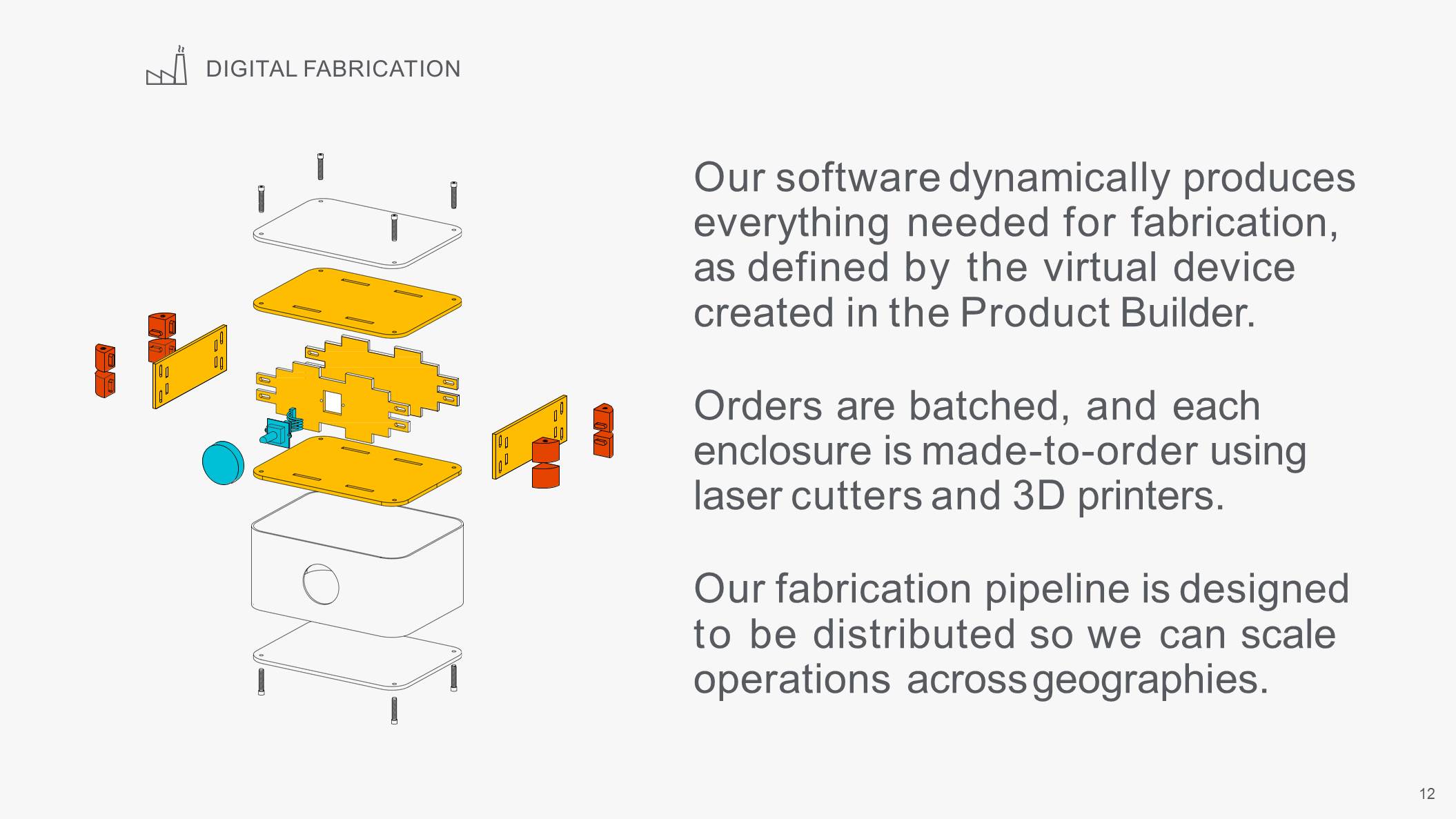 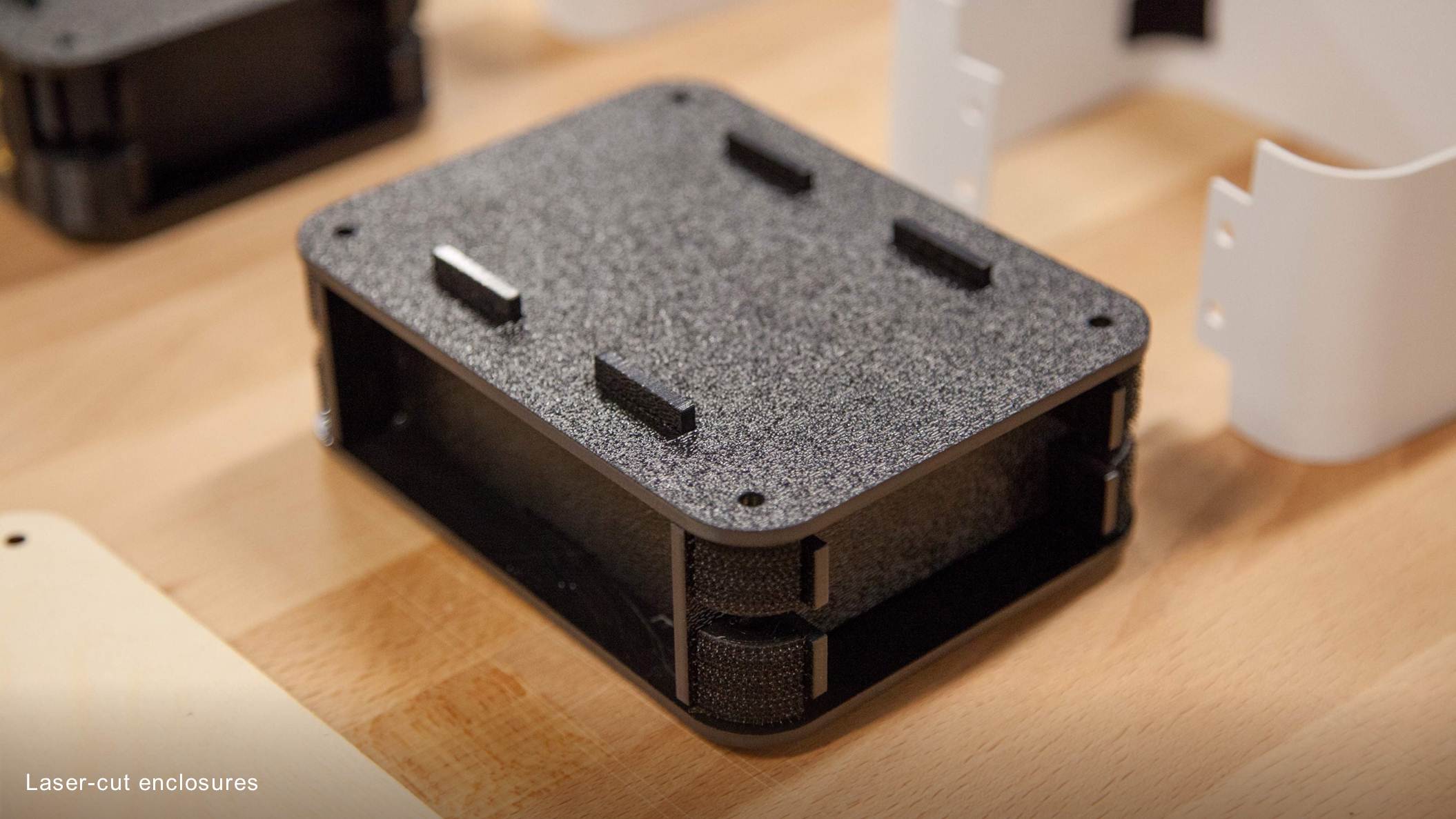 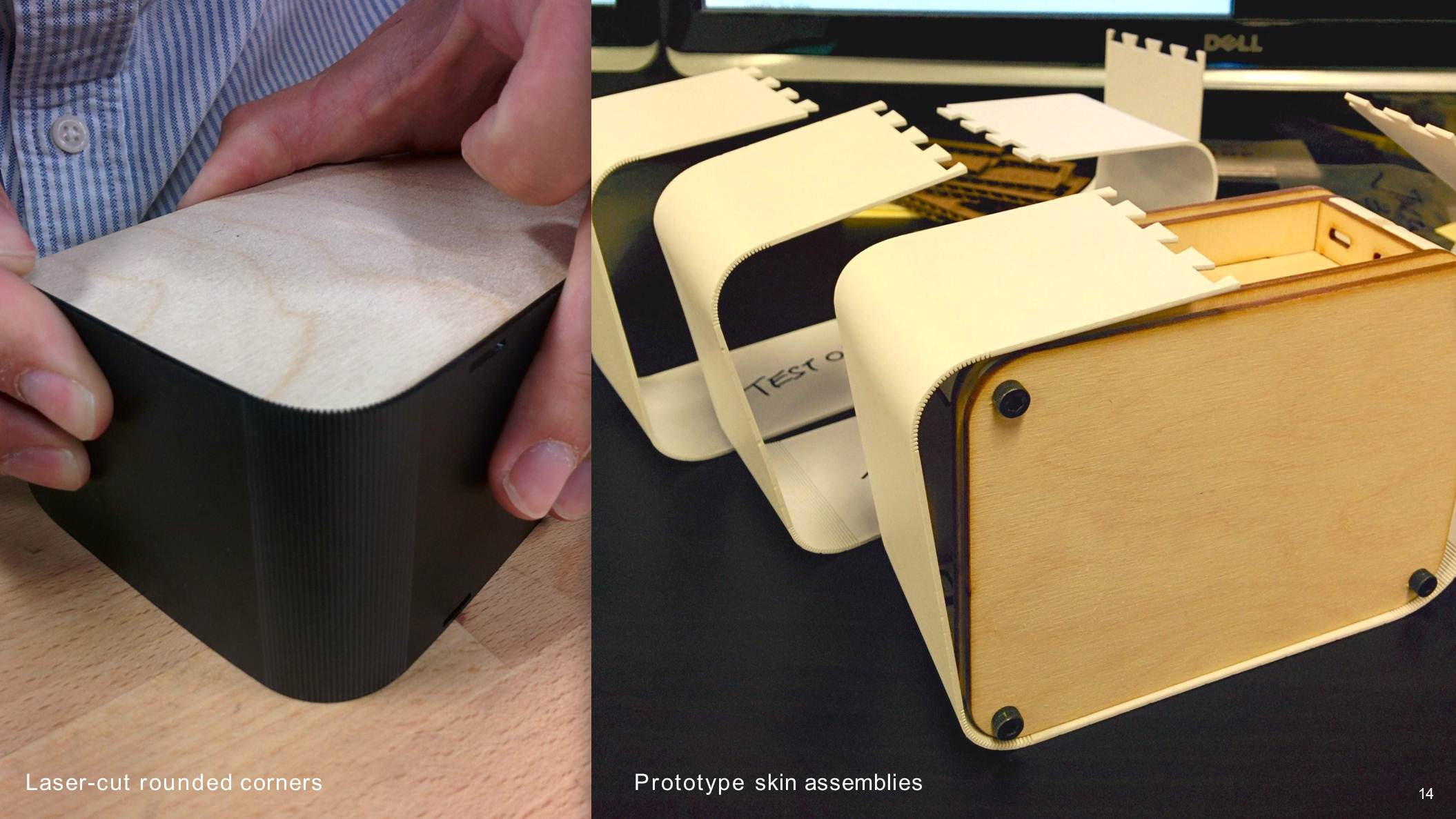 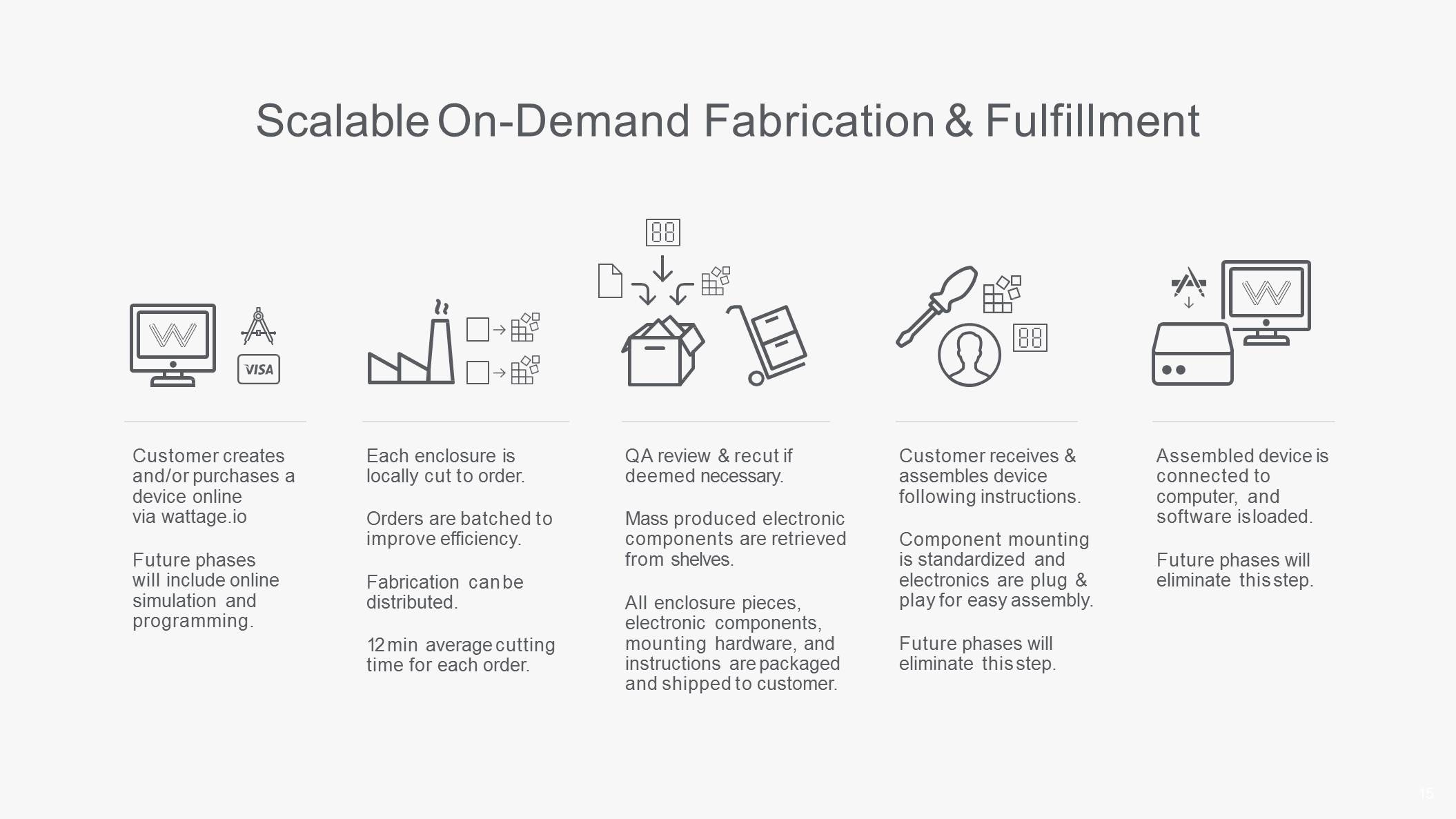 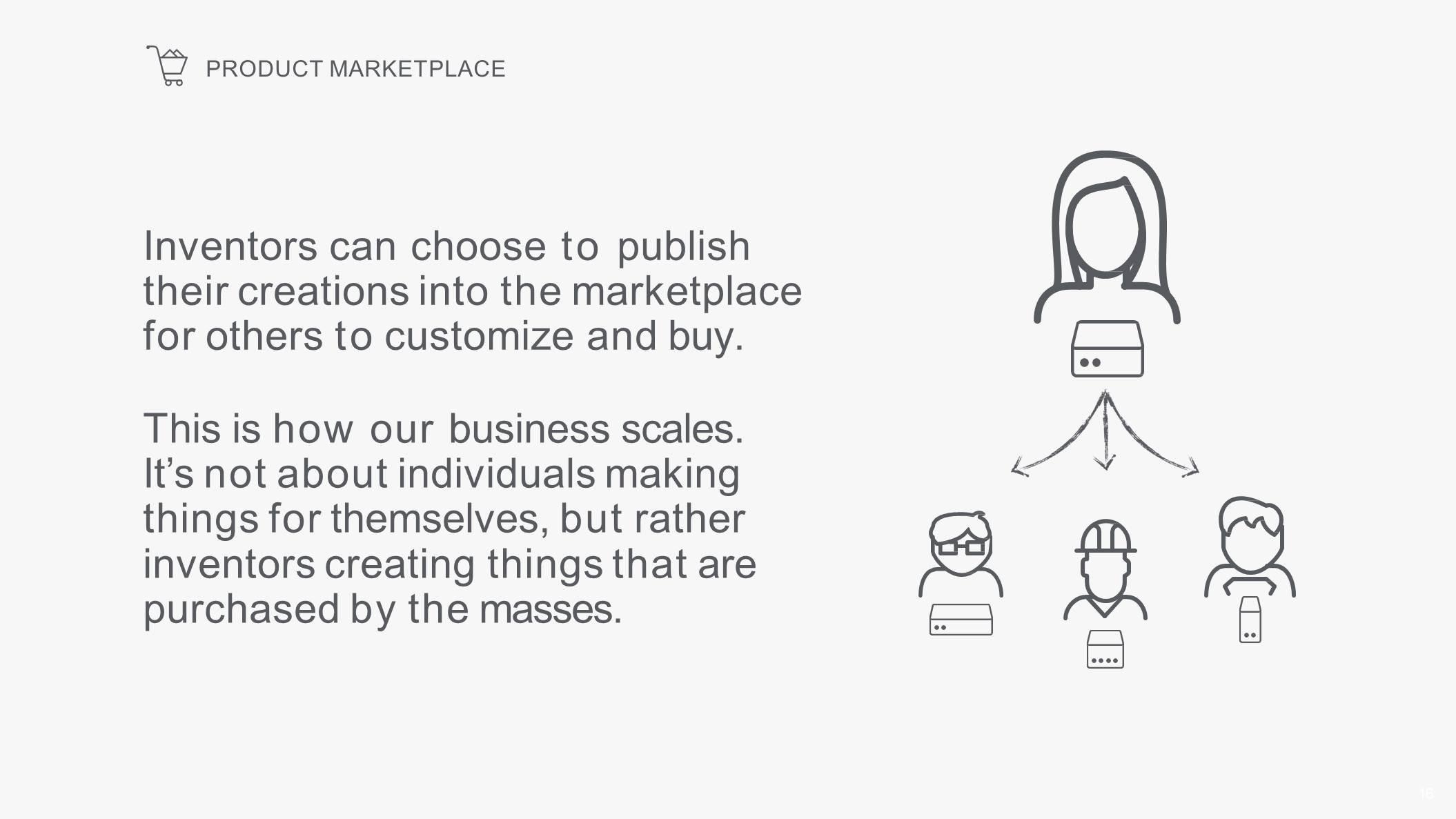 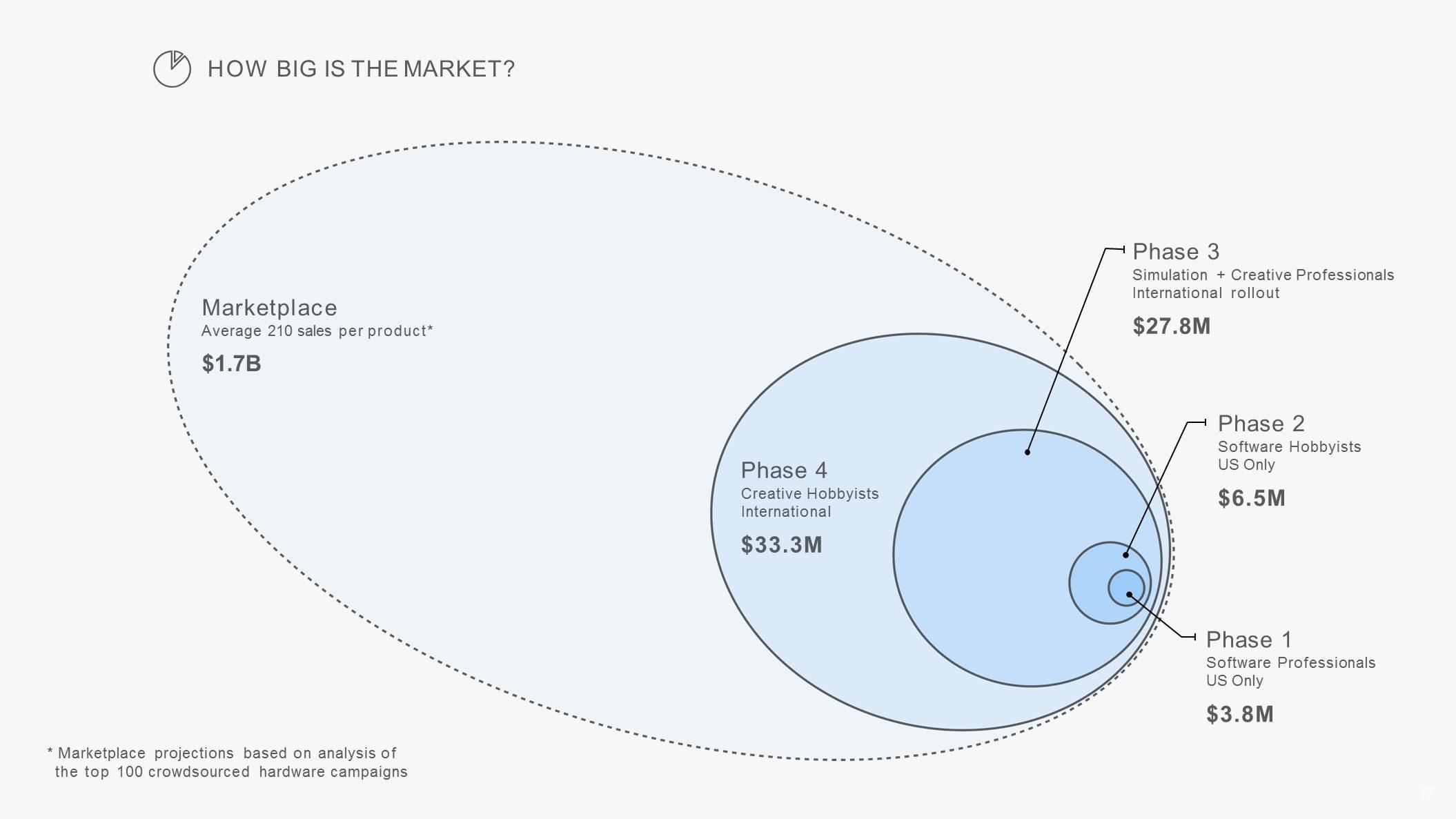 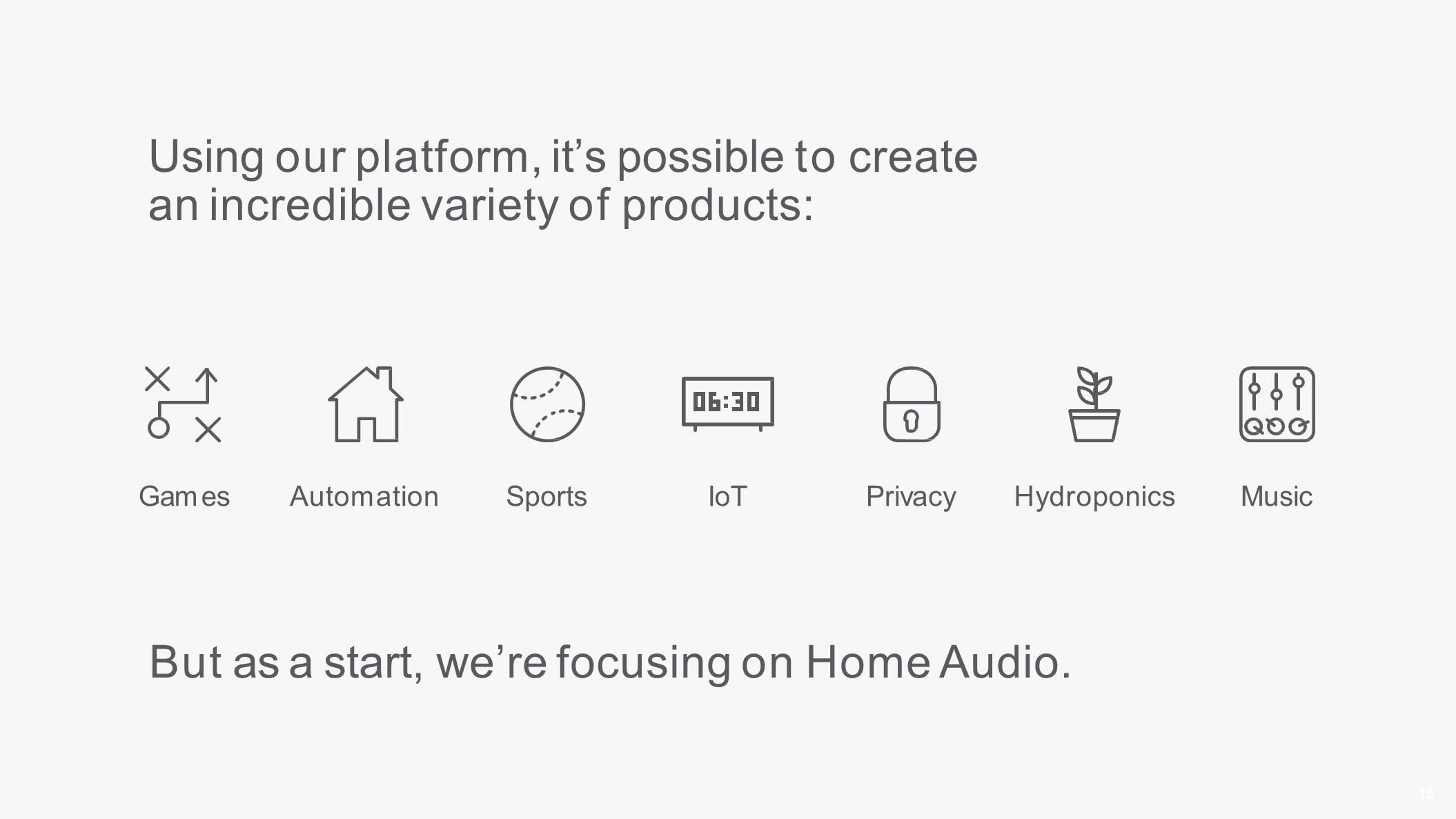 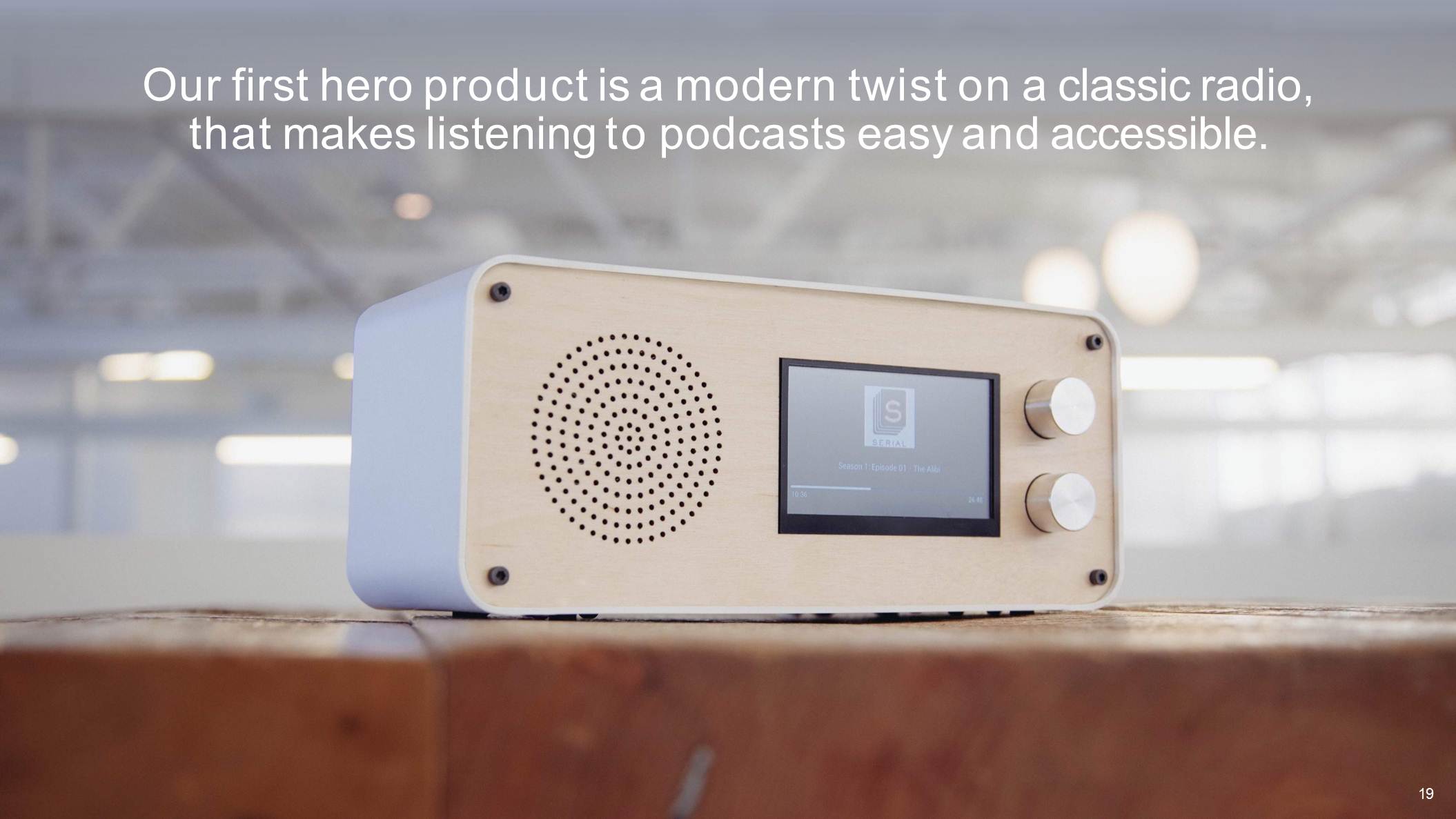 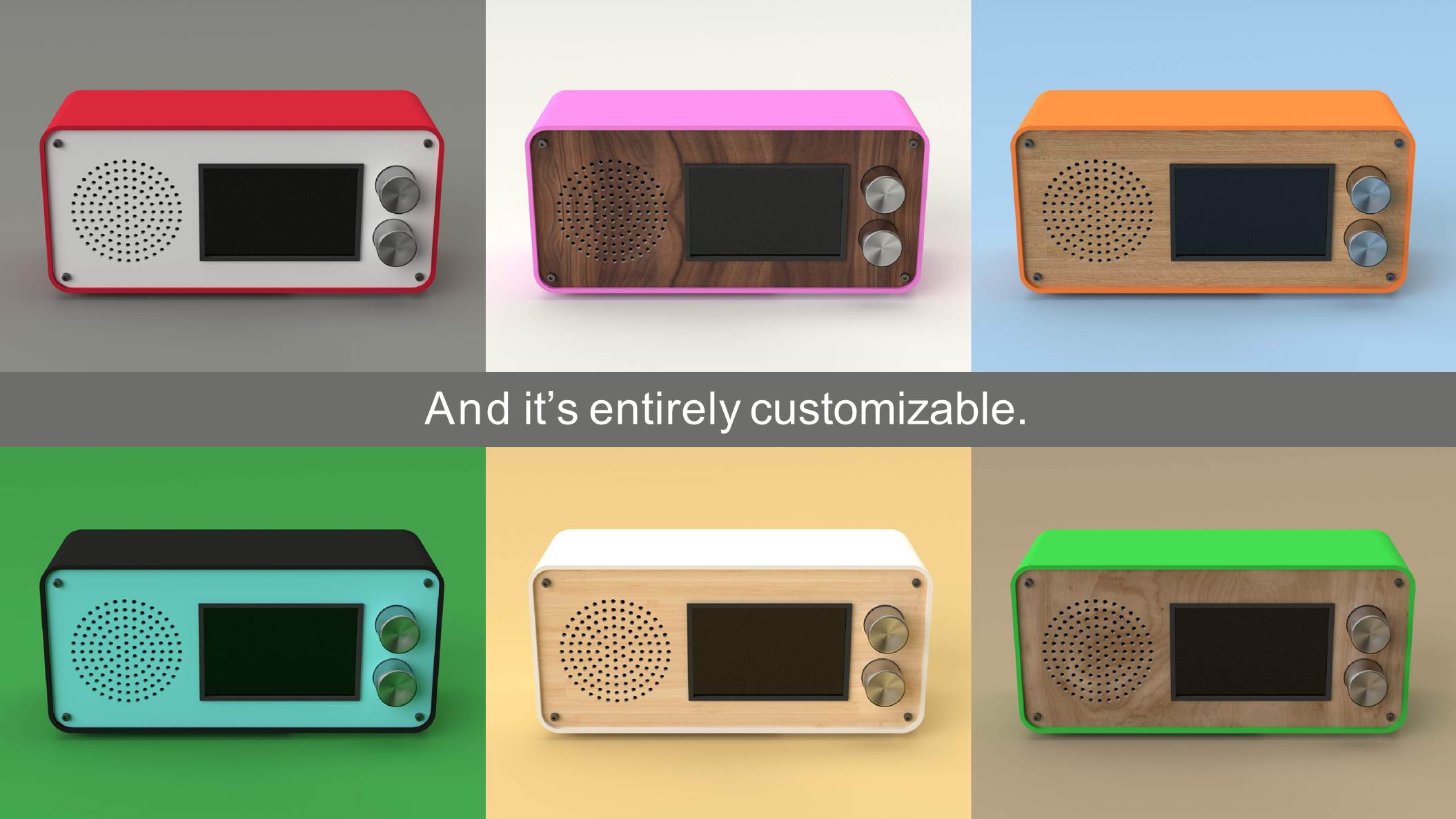 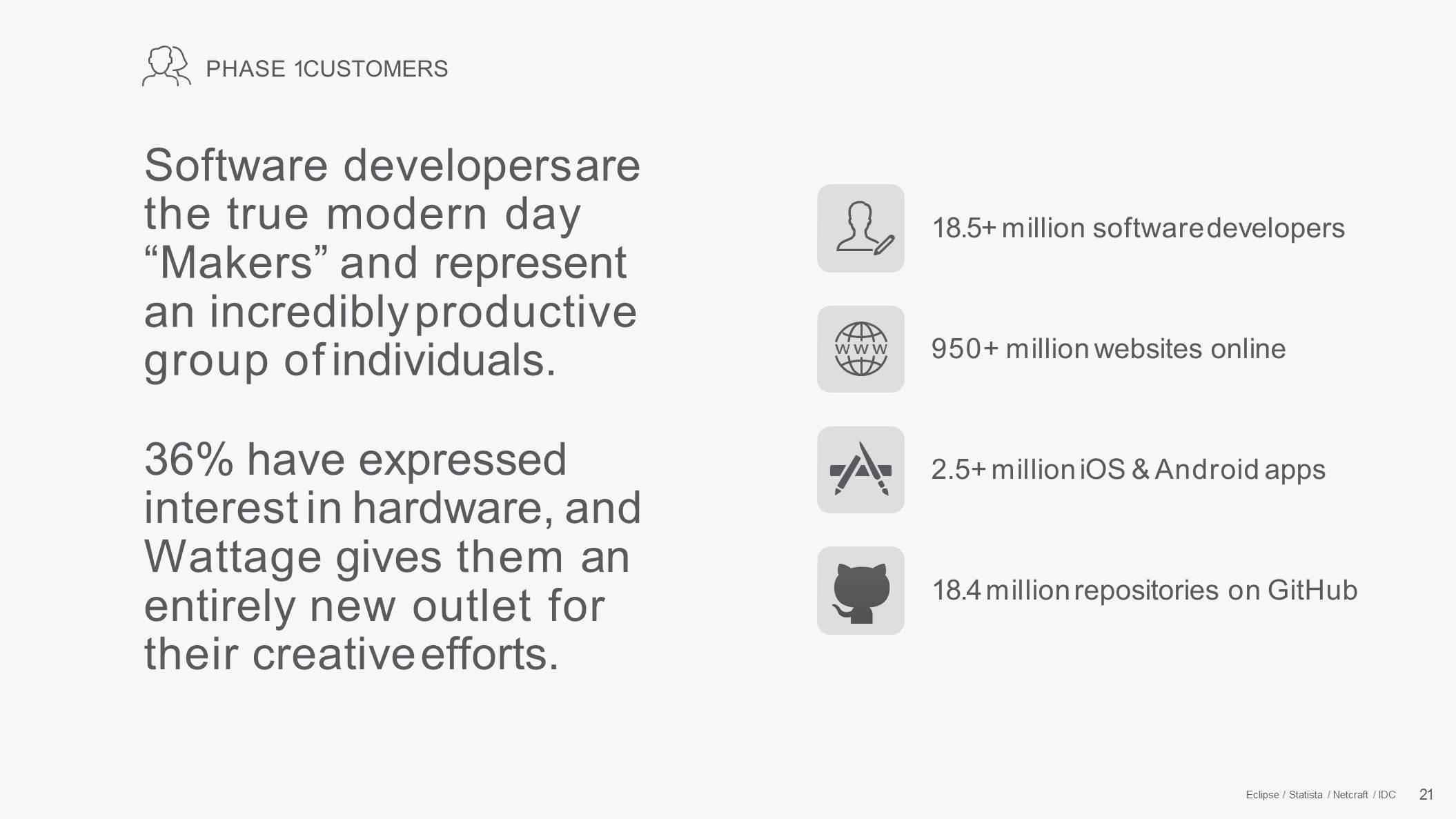 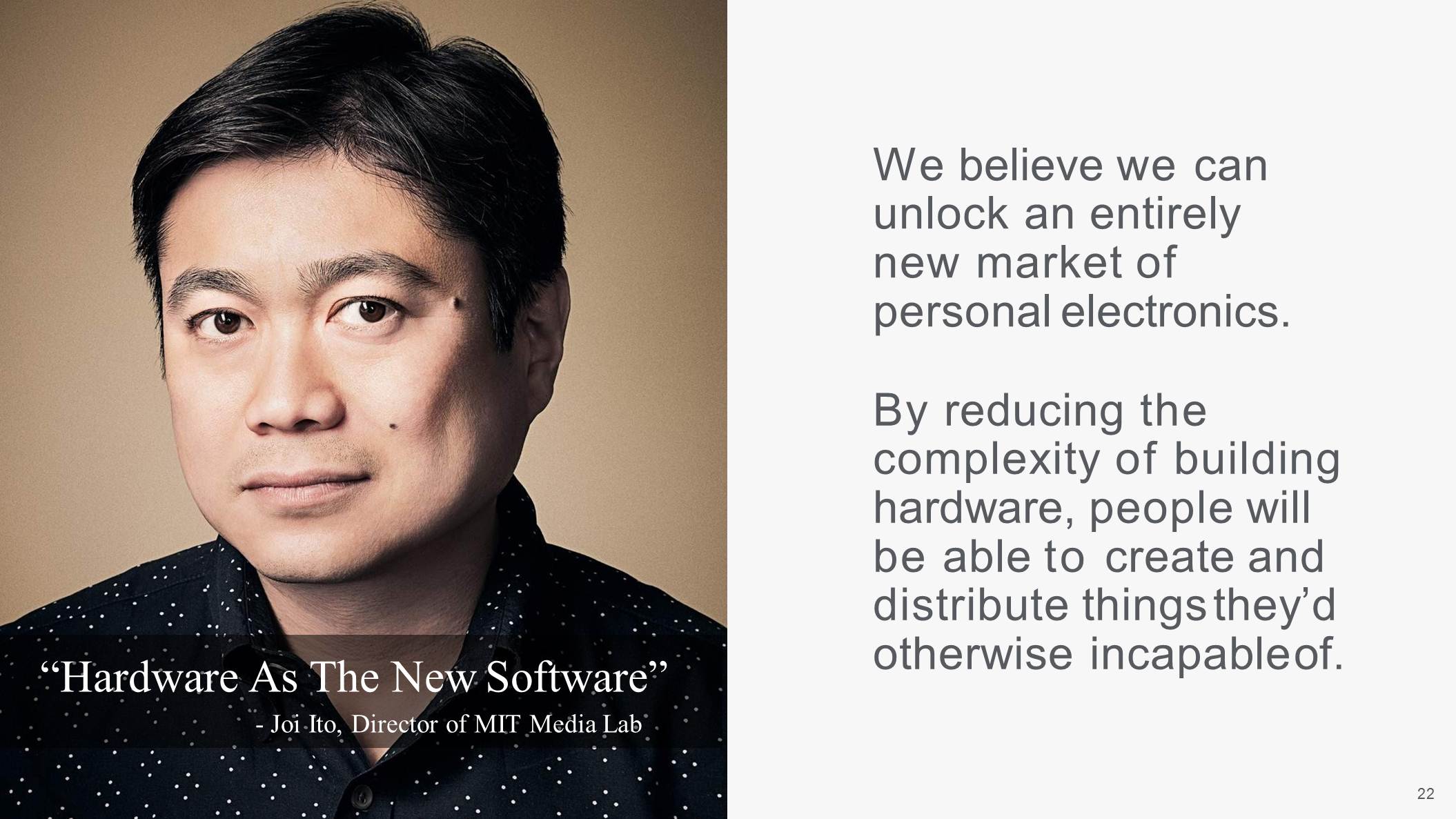 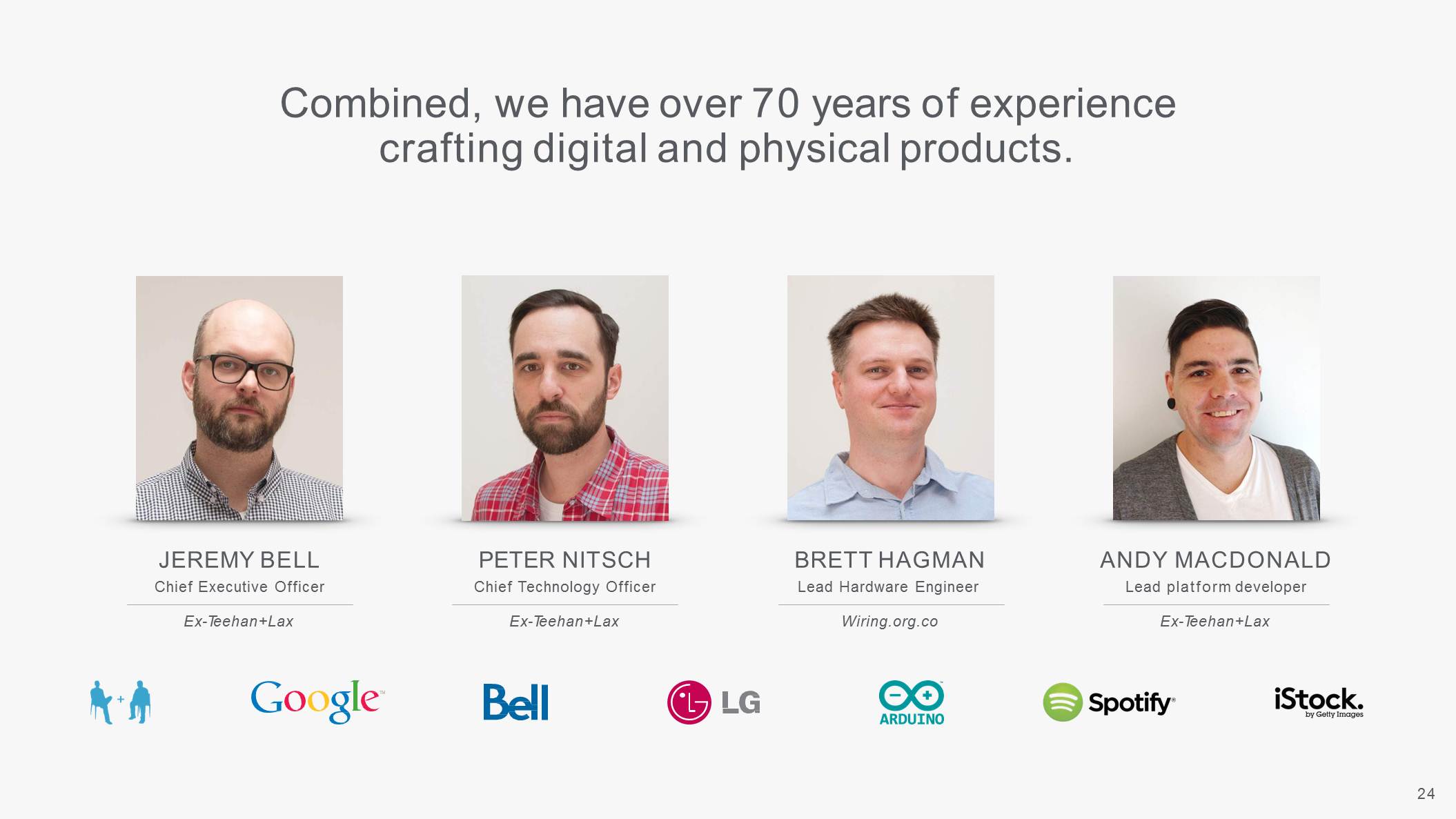 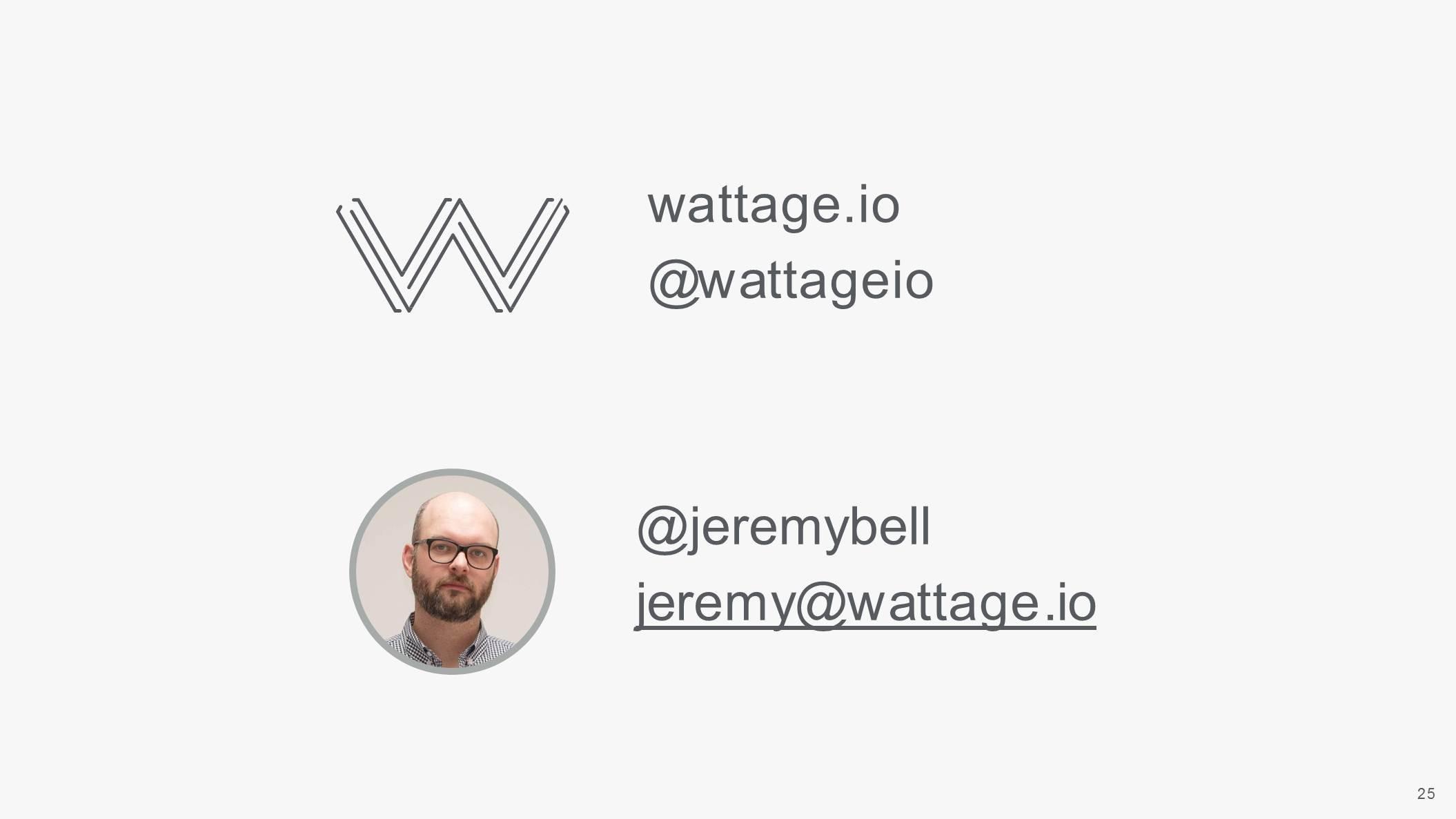