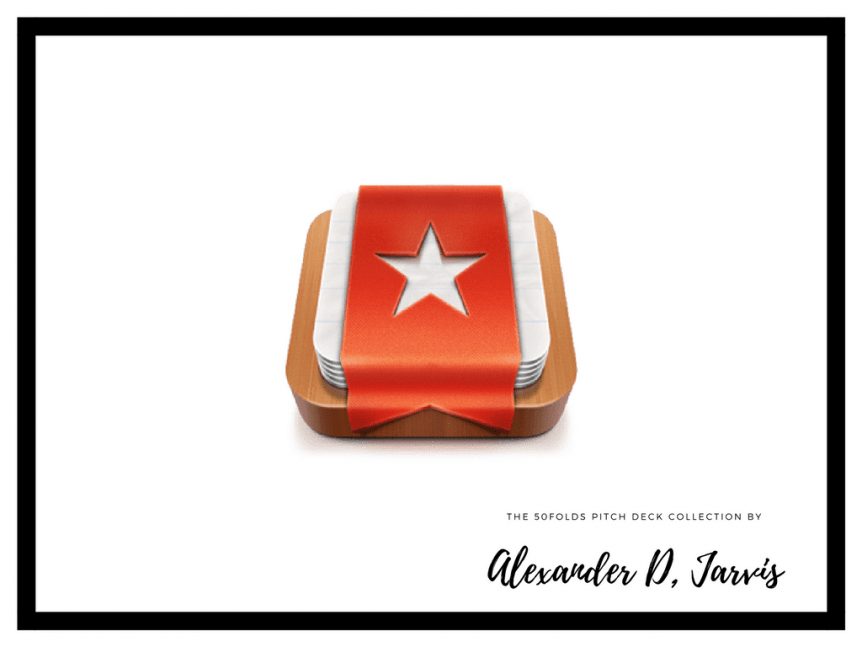 This is the Wunderlist pitch deck used to raise $19m series-B. They used these eleven slides, in 2013 to attract Sequoia and Atomico. It’s been a while but this was an amazing

app a lot of people loved, including me. In the later 2000s there was a load of amazing productivity apps set up and then bought by the borgs and shut down. This was one of those apps I loved and disappeared.

The deck is pretty simple but for the time is incredibly well designed.

Wunderlist is a discontinued cloud-based task management application that was really awesome, till it got bought and trashed as usual. It allowed users to create lists to manage their tasks from a smartphone, tablet, computer, and smartwatch. Wunderlist was free; additional collaboration features were available in a paid version known as Wunderlist Pro, released April 2013.

Wunderlist was created in 2011 by Berlin-based startup 6 Wunderkinder (meaning 6 prodigies, not that they had egos…). Wunderlist was acquired by Microsoft in June 2015, at which time the app had over 13 million users and did nothing with it.

In April 2017, Microsoft announced that Wunderlist would eventually be discontinued in favor of Microsoft To Do, a new multi-platform app developed by the Wunderlist team that has direct integration with the company’s Office 365 service which no one used.

On December 6, 2019, Microsoft announced that it would shut down Wunderlist on May 6, 2020. After this date, the application would no longer sync but users could still import their content into Microsoft To Do and bears shat in the woods.

The deck gives “we already know we are getting funded” energy. Do not look at this as an example of what to do.

The design is exceptional, the content is crap. The traction is great though and that’s what matters. When you have amazing traction, or the founders are famous the rules are different.

In 2013, a $19m series B is nice. Also bear in mind that this is what was shared. We have no conception of how the process went down and what else was shared.

There are far too few words per slide. This is akin to a presentation you give on stage. There is very little on the slide to figure out, but that’s a factor of poor content.

It’s 10 slides. It is far too few for a normal startup to raise. Only startups that know they are getting funded should make a deck like this. Brex almost purposefully made a terrible deck and they didn’t take time to design it. Ironically Wunderlist has less smart content, but it is super prety.

The approach to headers is garbage. There is a succinct statement of fact.

They put important information in the footer. This is a huge wtf! Do not do this. When McKinsey do it, they put a huge box around it.

They miss out a tonne of slides I would expect as an investor to see in the deck.

The deck is simple and quality. It goes to show that you don’t need a massive complicated deck if you have growth and numbers!

The cover slide is pretty much perfect. The logo could be smaller and more informative, but I’ll never be happy. This is probably the best cover slide of every public pitch deck. People know I don’t hand out compliments, but here is one. 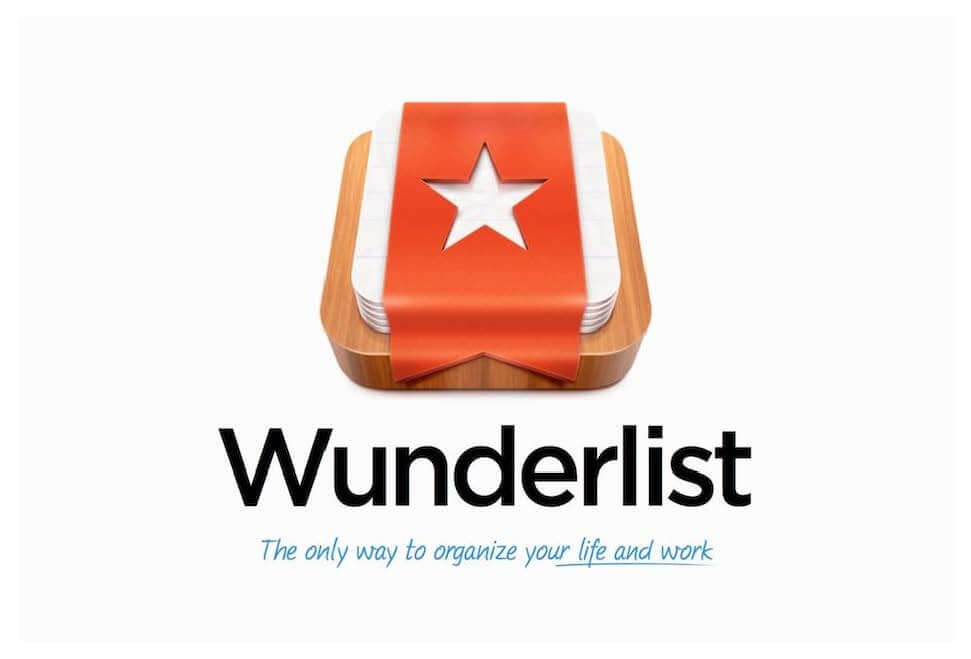 Wunderlist go boom with traction. The product is super simple, so they don’t really need to mess about. Anyone can understand it with a tiny amount of context. Most startups however are not simple. So don’t start like this, unless you have crazy traction and investors are hounding you.

I hate the image. Why? What’s the point of it? There should be a graph instead.

There’s no header. The fonts are too large bla bla bla. Point is that there is great traction. If you have it flaunt it.

Sure, I can make it more elegant, but the rules don’t apply when you are on a roll. I still would take it seriously, but if you have people throwing cash at you it doesn’t matter. 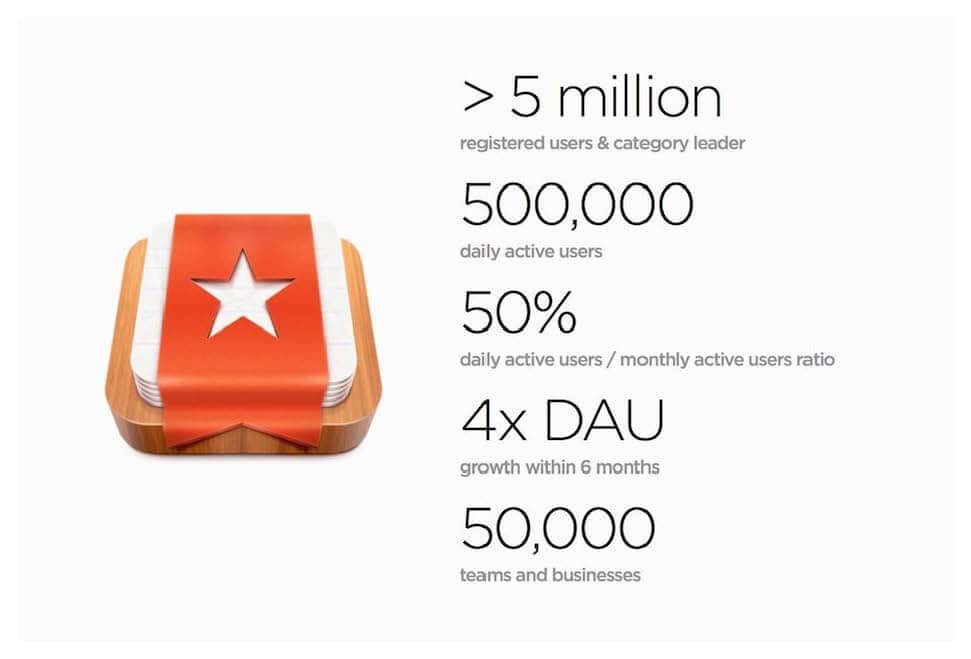 The deck is to the point. It’s not about convincing investors that there is a need, they’ve already assumed there is one and it needs to be bought into. This is not normal.

It’s pretty arrogant. Never use words like “dominate” in a deck. Look at the wording of the “WE” (WeWork) IPO. It never ages well.

Oh wow. Notice at the bottom they have a description. I swear to god I didn’t even notice the text. Visually I just saw the images and the header. 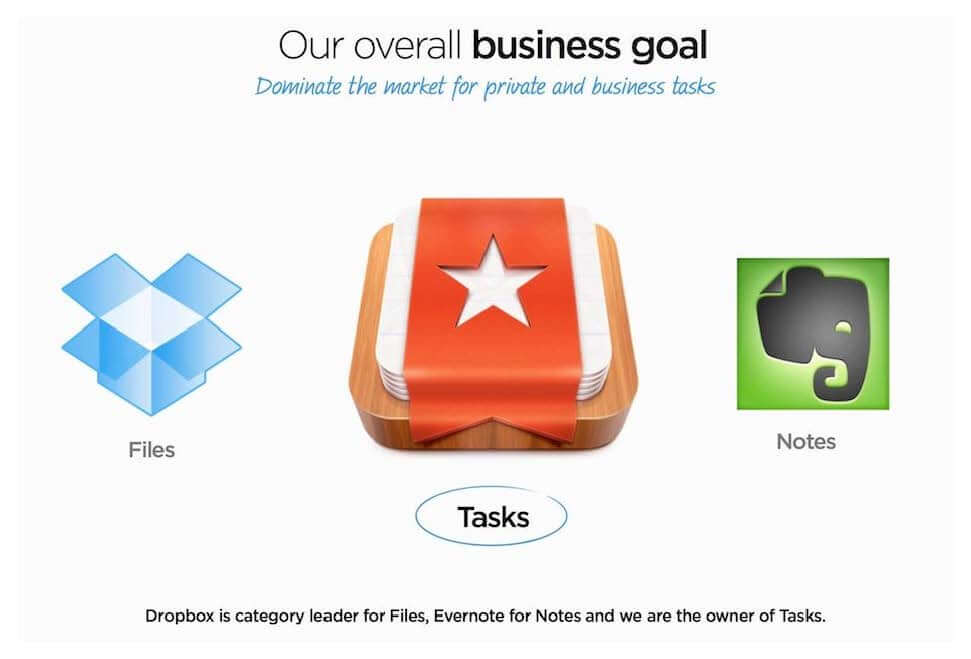 It is a very pretty slide. I mean it’s not informative but it’s super pretty. Back in the day, the fact they were cross-platform actually meant something. Not so much today.

They’re saying the product is ready to scale for everyone who speaks 29 languages and has something with a screen, ie we can scale. 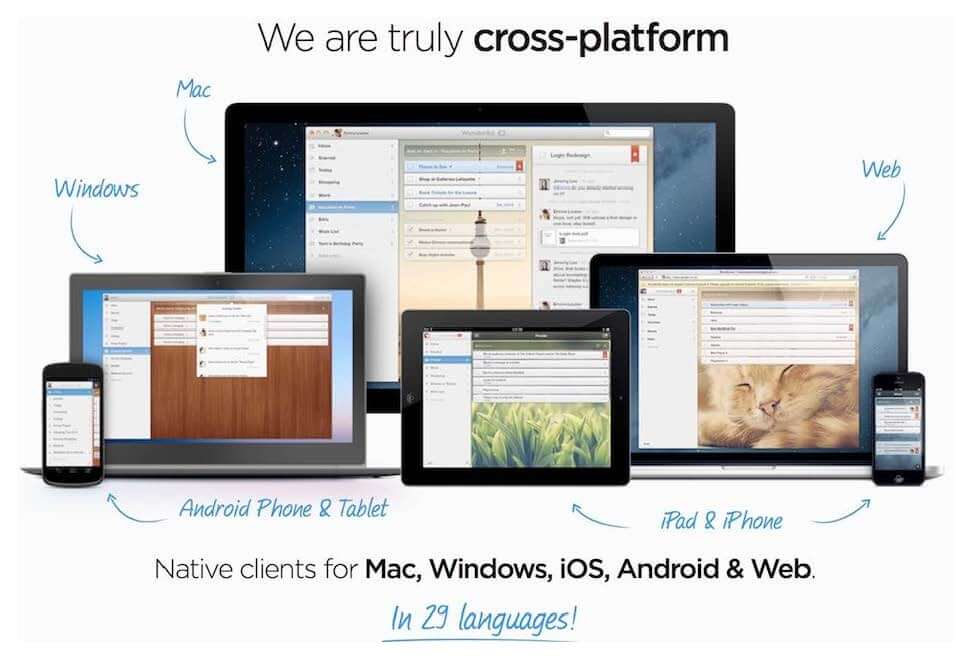 The header can be worded to provide more detail, but this slide is a great traction slide. 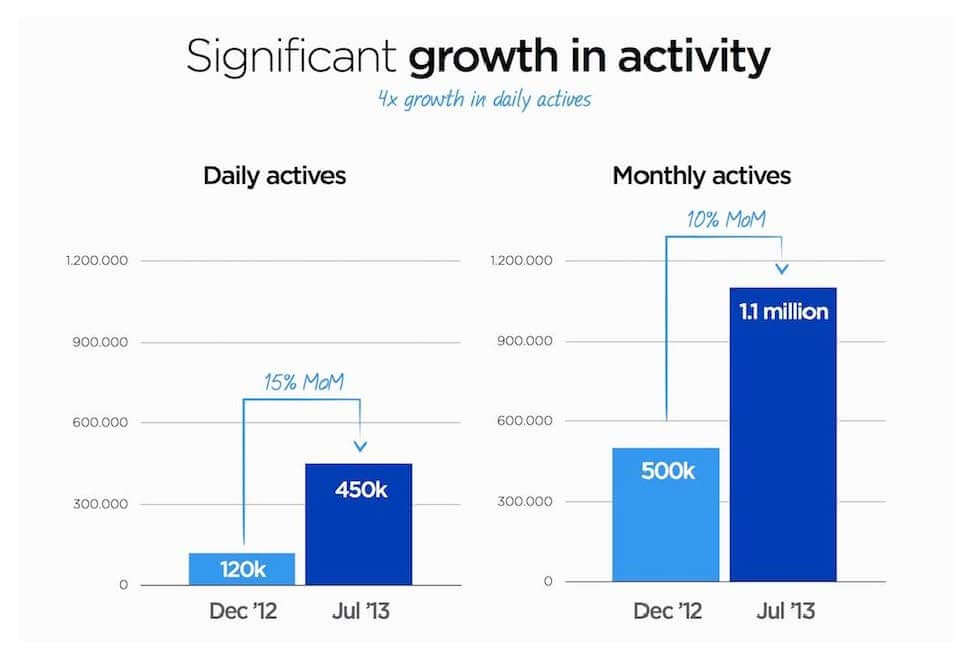 This is the got to market strategy slide. It’s weak. The design covers it.

What is going on? We are in magazines?

However, the fact they are getting their traction is pretty f’n awesome. They do product and they get the traction for it. You don’t need fancy ads if your product rocks. So again taken with the “we’re growing, and we aren’t even spending money” it’s cool. But like, is it really a great slide? If you don’t care, then yeah, it’s a great slide. 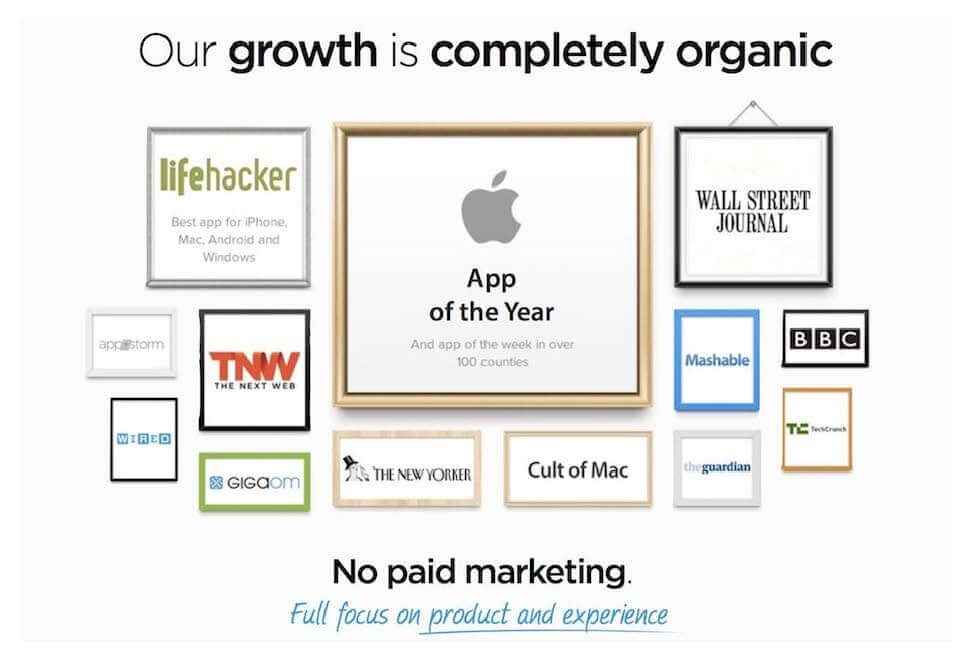 If there wasn’t a lovely design you would look at it and go “gee, we have some work to do!”

It beats the hell out of putting pins on the map since there are %s but eh, what’s the point? What’s the takeaway? 30% of users are in America? 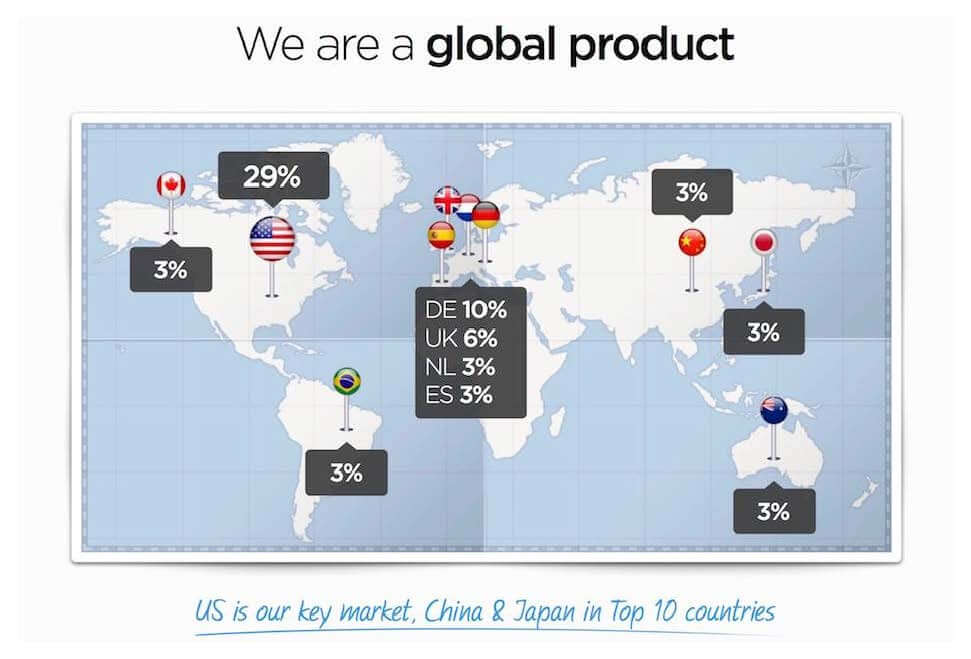 It’s a very weak traction slide all in compared to things that you can choose to include. For a consumer product feedback matters, but I would want to do something smarter.

There is a terrible use of space. Why the heck does there need to be 5 gold stars?

But if you are in the stream of “VCs want to fund us” this works. 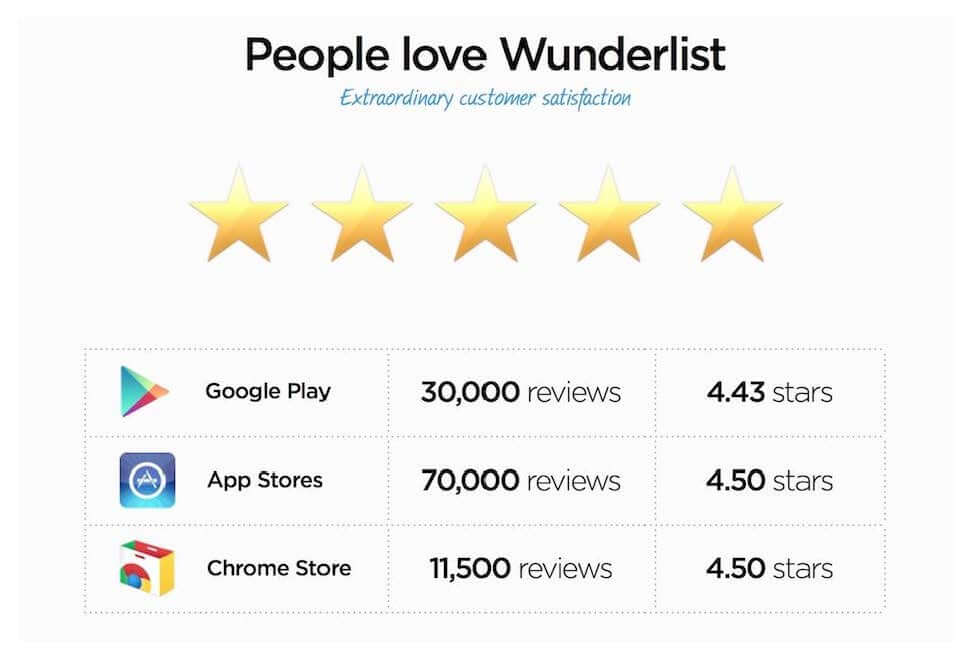 This is the revenue/business model slide. It’s very solid. I personally prefer slides that are designed more boring to aid comprehension.

I’m guessing that “auto-renewing and yearly subscription plans” need to be said because SaaS wasn’t as normal as it is today. 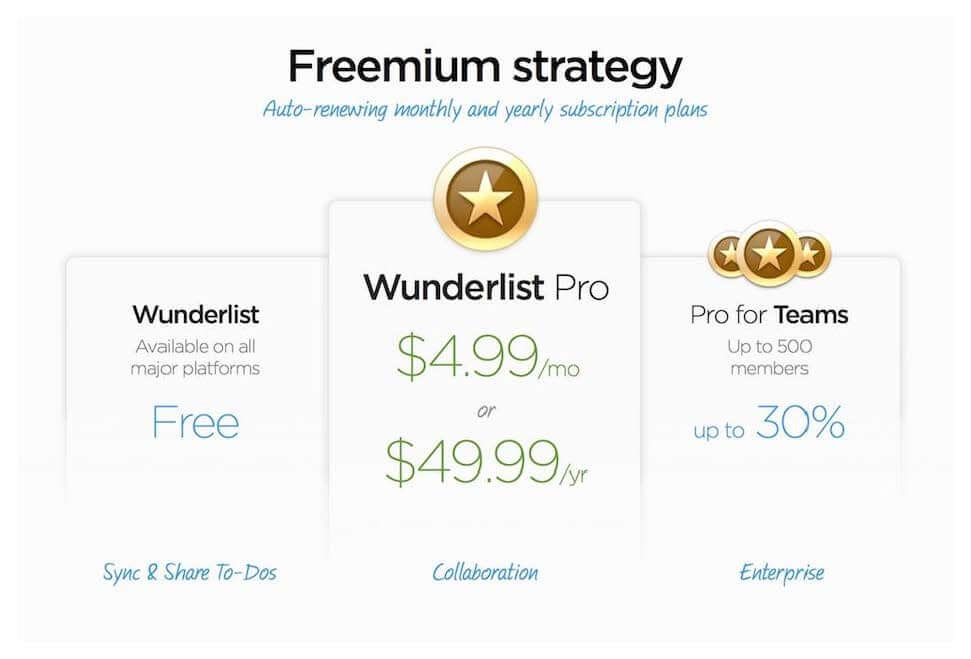 Never, ever make a slide like this. It is garbage value on a slide. 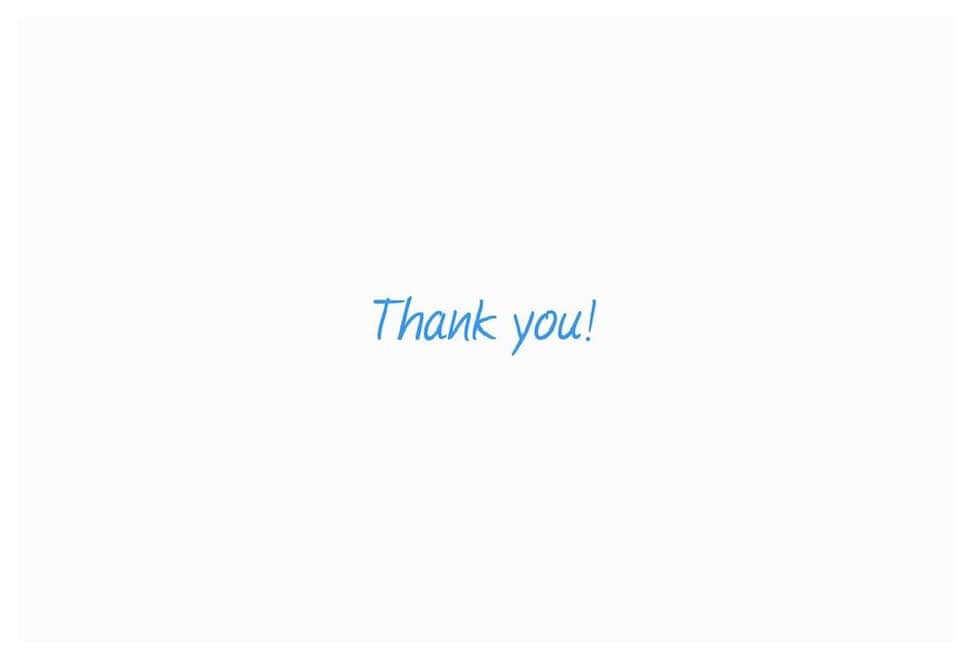