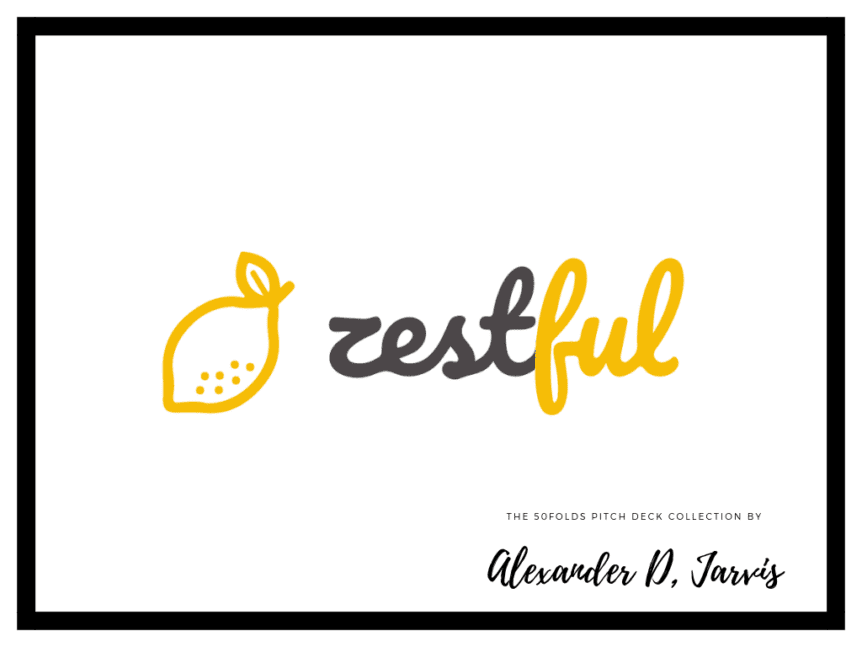 This is the Zestful pitch deck to raise their $1.2m seed round in 2019 lead by Bessemer Ventures. They raised before they had any customers.

Mat Vogels has some very interesting feedback to share about fundraising and company building for the fundraise. Be careful about feedback though, you need context. He raised in the Bay Area and investors there is a different breed to almost everywhere in the world! They think very differently. Anyway, here you go. Learning time.

Mat put in some work before setting out to fundraise to make sure he went about things the right way. He talked to 50-100 startup founders (He was in Y-Combinator which helps a lot!) who had recently raised seed rounds to ask whether it was better to raise with a little bit of traction or none at all. Interesting right?

He found that the majority that successfully raised, raised money with almost zero traction! There was a sense of having a little bit of customer feedback and that type of traction and momentum but they weren’t doing $10,000 in [MRR].

Mat also found that companies that had started trying to obtain customers and generate revenue before raising their seed round actually had a more difficult time fundraising.

Why you ask? Well, there’s nothing that turns investors off more than saying, ‘Oh, you’ve been at it for a very long time and it’s just kind of slowly growing’. Less than stellar traction gets in the way of selling the dream.

Mat, therefore, went out to raise with no more than a story and a pitch deck. In four weeks he raised $1.2m. For some countries, that’s a solid number. It’s not much in the Bay Area. I wouldn’t call that a huge success, even though he raised from a big-name investor.

Give your employees rewards to spend on all of their favorite things.

We’ve re-imagined employee perks from the ground up to create a solution that’s equally powerful and easy to use. It doesn’t matter if you’re a team of 10 or 10,000 – You can create the perfect program to fit your needs.

It’s an ok deck for the stage the company is. I find it a little hard to understand what they are doing. It looks like it’s yet another benefits company, but they are trying to make out it’s a payments company. That doesn’t compute.

The deck looks nice, it’s easy to read. I would probably take a meeting with them to see if it is actually interesting, which is all you need to hope for.

You can probably rip off some inspiration on how they constructed slides.

The amount of words per slide is solid. I don’t really have complaints.

There are no page numbers…

There are 11 slides. This is on the super short end. When you write a deck this short, you are basically saying ‘shut up and give us money to see if this business will work, or not. That might work in the Bay Area, but good luck in other countries.

They just declare what the slide is. They don’t have descriptive headers.

There isn’t really a narrative and the slides aren’t in the ideal order, but it’s ok.

Things are aligned well. There is negative space. It’s fine.

They don’t get into too many details about anything. They’re just telling a bit of a story and asking for money. They think they see a problem and want money to test it. It’s not something I would give money to, but you will easily find people who will.

The cover is fine. Logo and tagline. I get what they are doing off the bat. 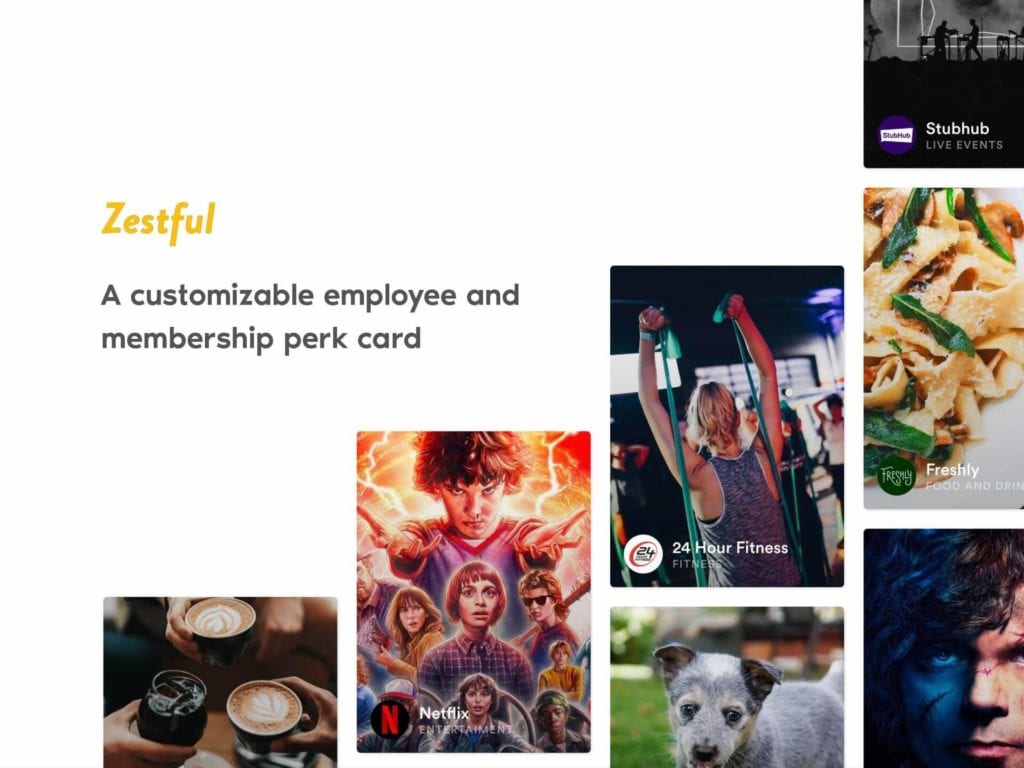 You want to start off your deck with the problem so investors get it. They start with the product or solution. The slide is fine if it was later on, but it’s a little bit of effort to get the company as the first slide. It’s well done though. 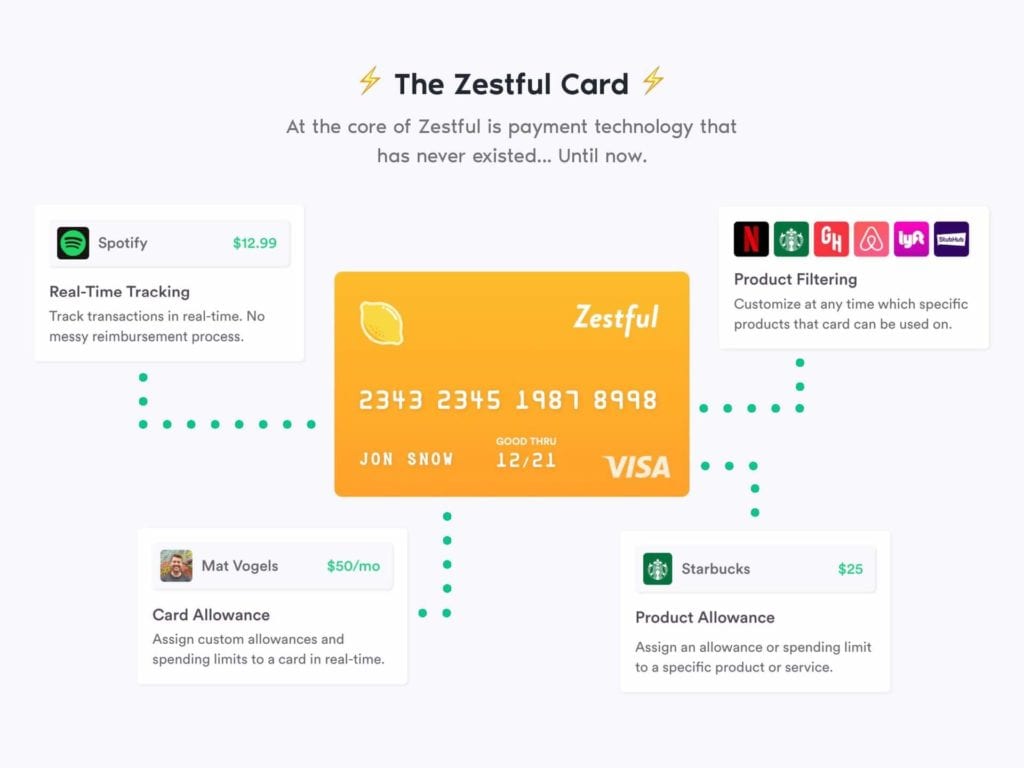 This slide explains how they came up with the idea. They asked their target users. I find it weird that people would prefer a lower salary for some perks, but then people are weird. There is no way those pers are worth $30k.

For an early-stage company, I like slides like this as it implies that founders are going about their business in the right manner. 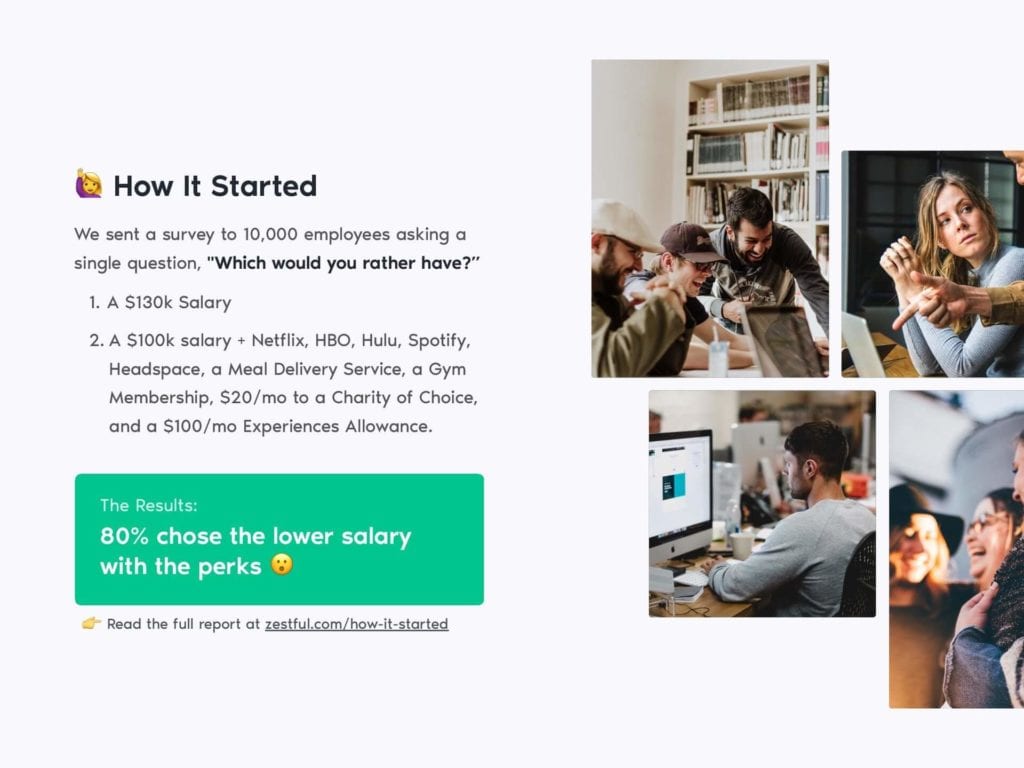 They then explain the problem as well as the solution. The problem is a big deal, you can’t deal with it in a sentence. Well, they have tried. This sounds like a vitamin problem to me.

The solution is an easy-to-implement platform. Not terribly complicated. 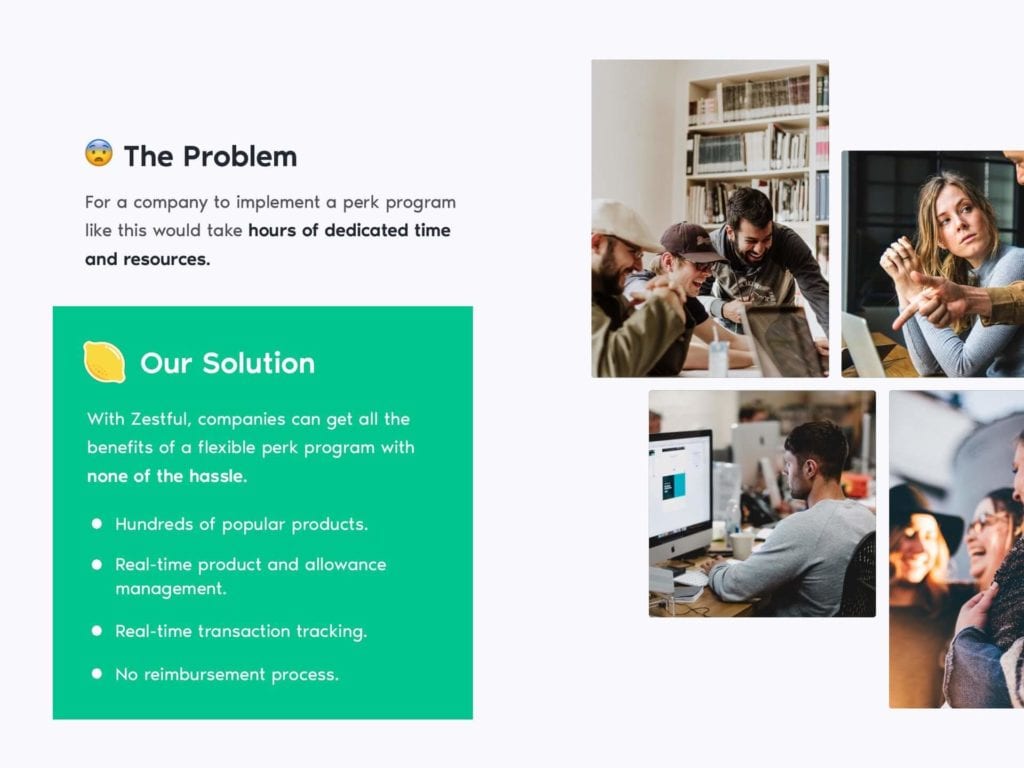 They then provide an example of giving staff $100 a month to spend on stuff (A lot less than the $30k salary loss!). I find it peculiar that the company decided what staff can buy!

I’m really confused about if there is a card and what the payment stuff is about. I mean isn’t it just a website to get free stuff?

They are insinuating they are in fintech as they have built payment tech. It feels like they are overselling themselves a lot. If I don’t understand something, it’s the founder’s fault for not explaining properly. That’s the mentality you need to adopt too.

They list a number of ways they can expand in the future, many of which are a stretch. 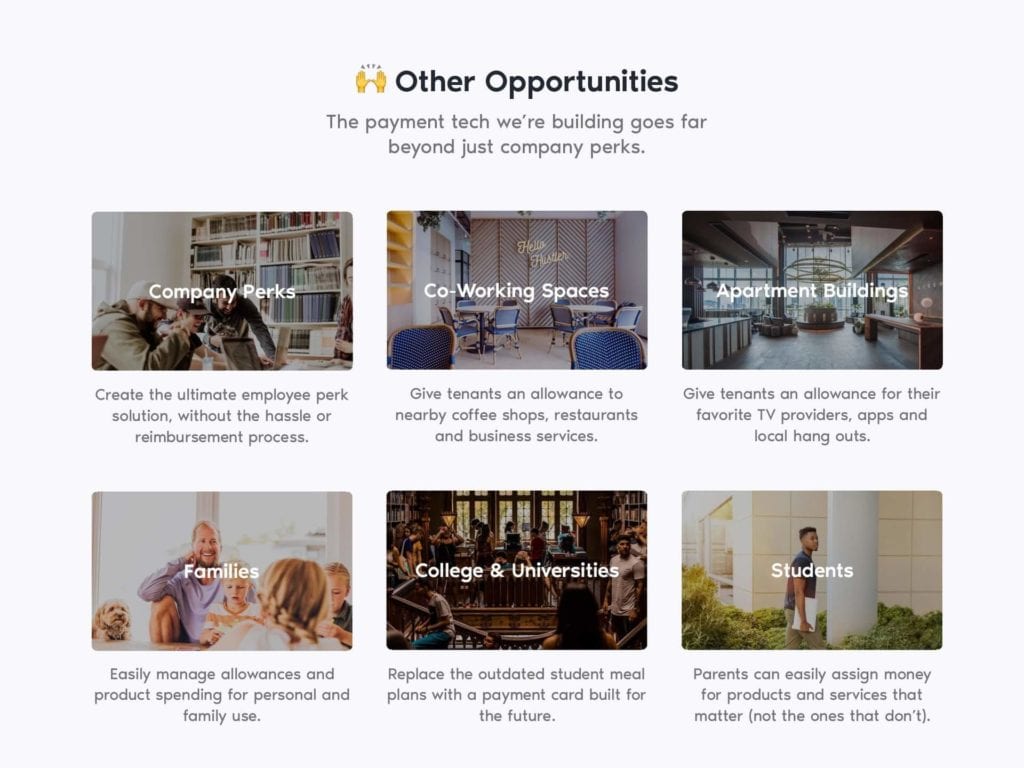 Zestful doesn’t make money yet, but they at least say how they think they will. Even if you don’t know, say something. They go on about this card. Are they actually giving staff debit cards? I don’t get it? 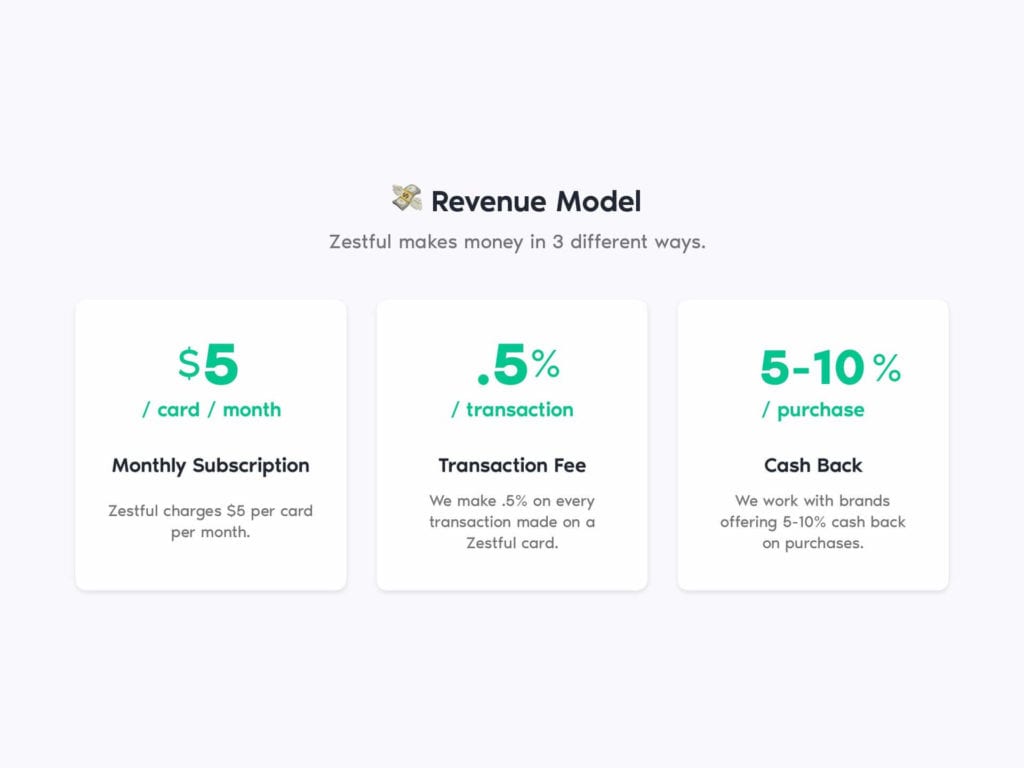 Zestful don’t have any traction, but they are trying their best to make it look like making money and growth is a given. They have a path to $120k MMR at which point my guess is they plan on doing their series-a. It’s written to make it all seem plausible. 1000 employees on the wait list is an oddly round number. 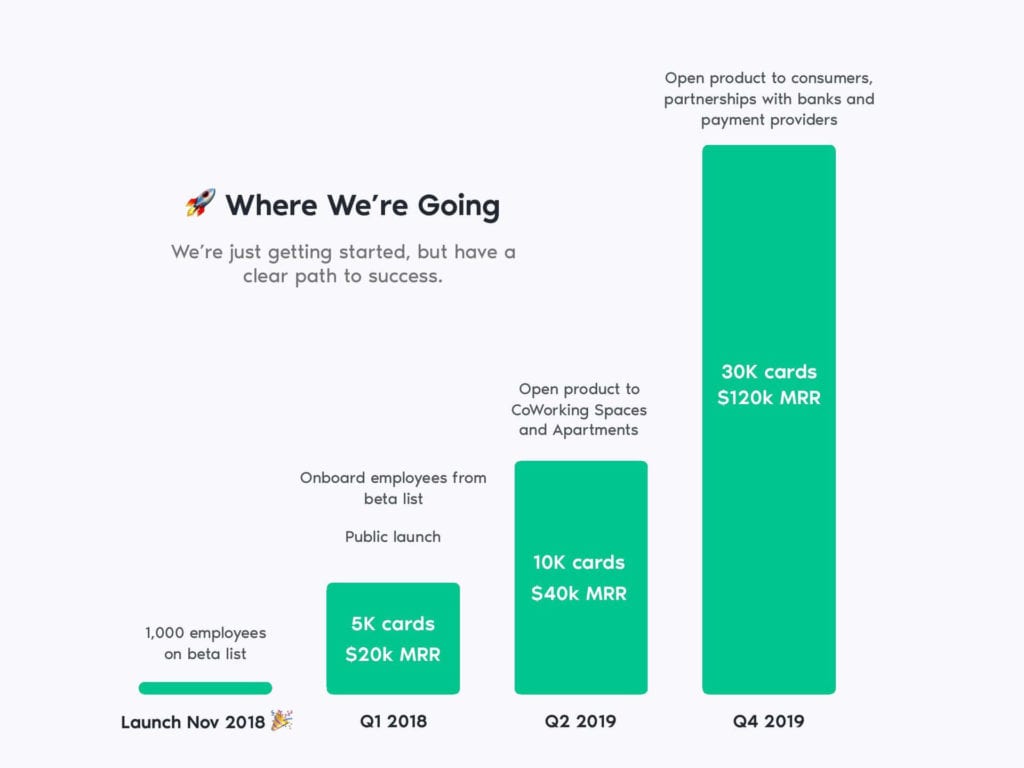 Team slide is pretty solid. There are a few specifics omitted on Mat and Max 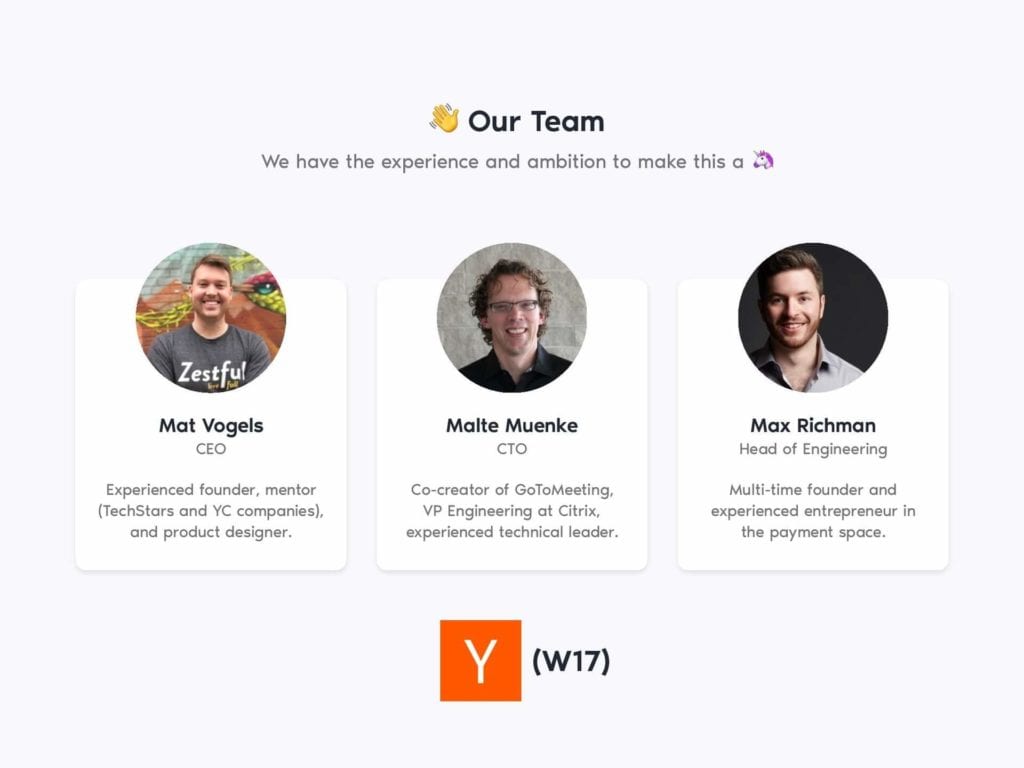 They should say how much they are raising. They only say what is left. I would want to know how large the round is. They are a YC company, so my guess is that they are raising a SAFE note.

What they plan on using money on is a bit dumb. They need to close a few customers, not to get every company in the US. And again this payment tech thing. I really don’t see how they are in payments. 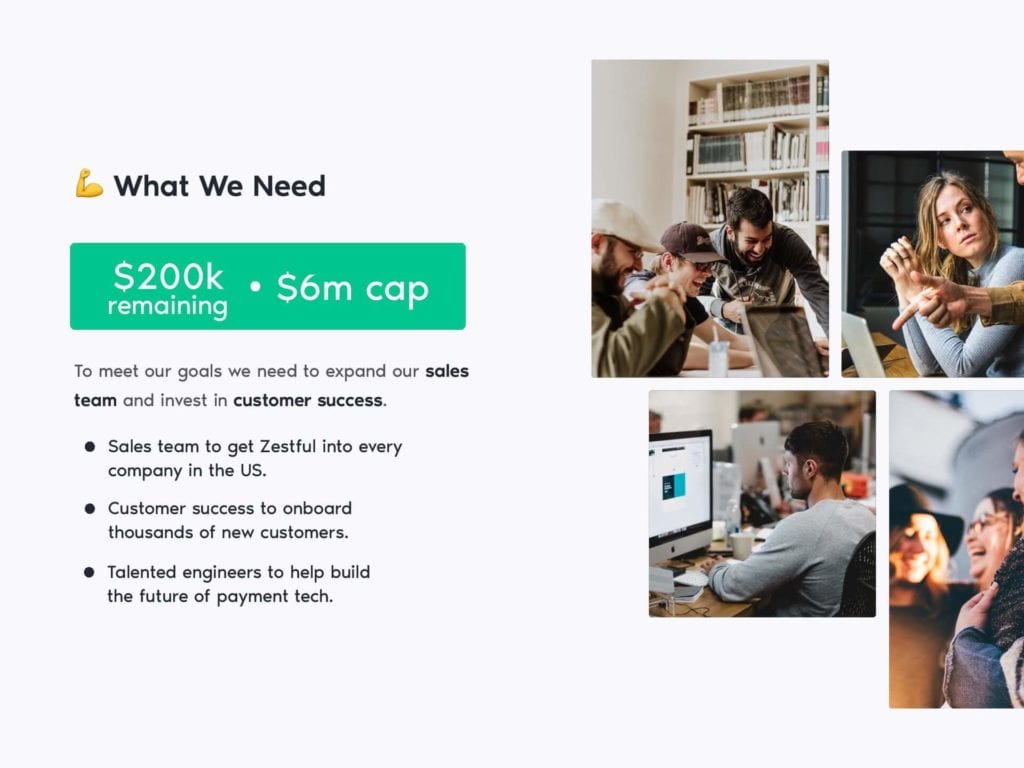 The closing slide is pointless. They have your email already. Better to close out with a summary of key takeaways. 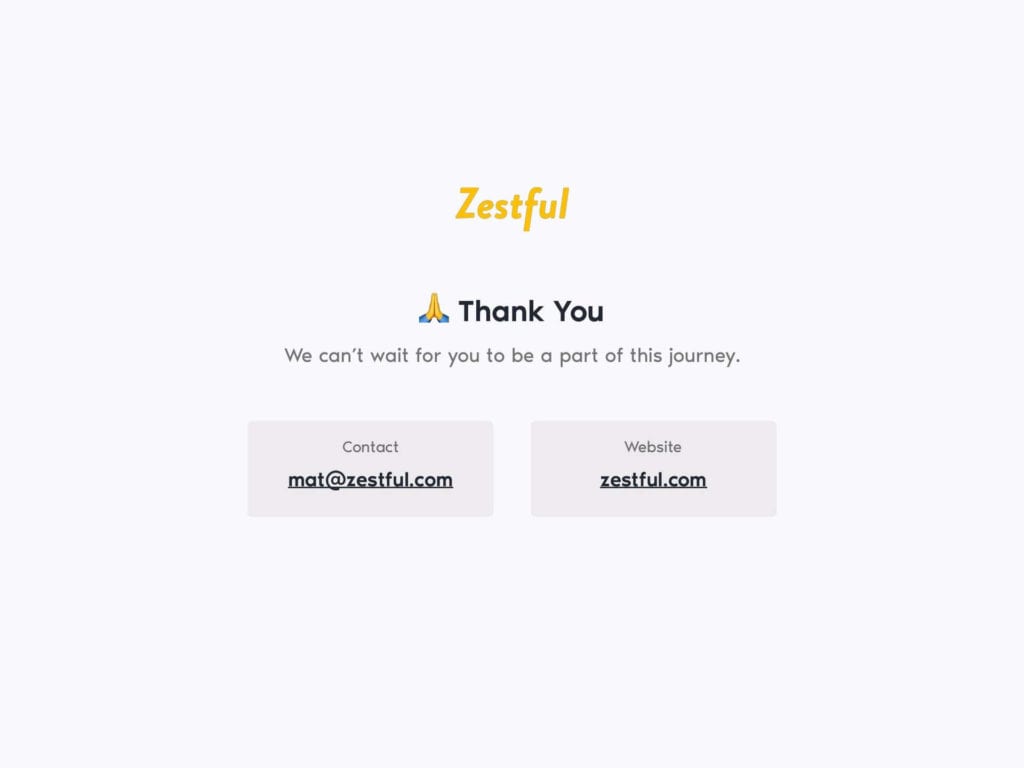