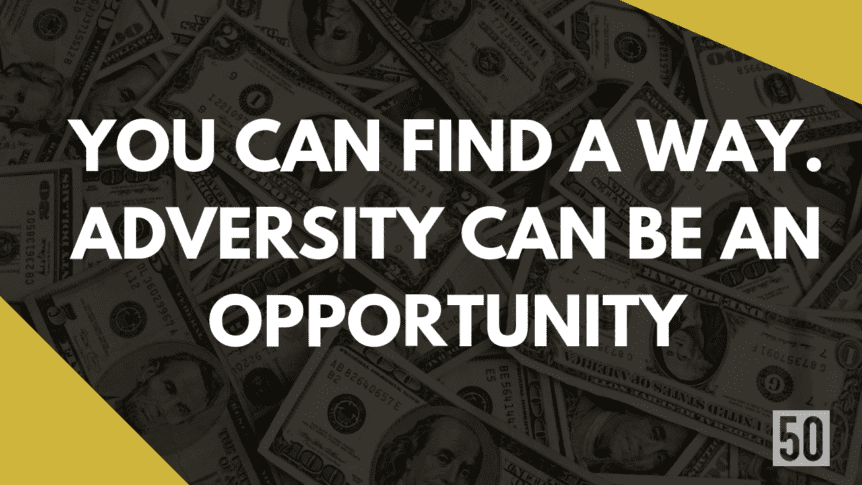 Tl;dr; 3 inspirational stories of founders I talked to and the struggles they faced/face. You are not alone in the founder struggle.

Background: I had a lot of calls and meets with amazing founders one week and their stories got me thinking. I wrote a post on Facebook late at night and woke up to see founders loved it. So I added it into an email sequence and I get emails from founders to say thanks and even to be introduced to the founders. Thought it was time to put up a post so everyone can read it. Here you go.

So anyway, the founders and the interactions… In each meeting, each founder expressed their own story of misery and frustration (Relate much?). Some of these companies are valued at $50m+, others are looking for their first round and in between.

You think it gets easier as you get larger and have more funding, and that is a lie. Your challenges just become larger and more varied.

It’s never easy till you have sold and Vest In Peace 😉 Then you have to spend the money!

Let me share three of these stories. There is no specific learning other than helping you realize the struggle is real. Other founders are going through it too, so you need to know it’s ok and it’s normal. Nothing is ever ‘awesome’- that’s a lie people say. I had more from that week, but these are my 3 fav founders.

With only 3 months of runway left, this person came in as sales head. She then became CEO. The company ticked all the WRONG boxes. Hit-driven, capital intensive, bla bla. No VC would touch them. Normal people would quit. It’s just too hard!

She hit up everyone she knew and then randomly got an intro to a non-normal investor who pulled in friends and raised near $10m for a company with not much revenue. I make it sound like it just happened- she worked hard to make it happen!

You can do it if you hustle like a beatch, even if it seems impossible.

The best thing she said to me was:

“I have never executed so well and with such focus when it was do or die.”

She said she planned every single month with what had to be done and only did that with insane passion and focus (I’m asking her to do a video on this).

Now they are doing well, there isn’t quite the same pressure to perform. My view is she should apply 10x thinking and push to do more than is reasonable. Certain people need crazy pressure to be amazing. Whilst you can’t live with that crazy pressure indefinitely, you can have sprints if it works for you, and especially if the company is large enough. Remember startup is a marathon, not a sprint. You need to keep up your energy and nourish yourself and your team, otherwise, you wither.

Rocket Internet companies live in perpetual sprints, but their business model is fabricated on churn and burn. That doesn’t work for any other startup without the hiring engine and a seemingly endless supply of funding resources.

Retail SaaS company in the USA

I’ve been writing a deck at www.perfectpitchdeck.com for an ‘older’ founder in the US. He really knows retail. He was informed by a really senior person he needed to build a solution to help retailers. So he built that. He put in $500k of HIS money, bootstrap style…

Now, this dude has done research for a living. He’s not an idiot (He has the resources to put in $500k!). He researched the crap out of the consumer issues. Everything is backed up with data at a McKinsey level… Only…

He didn’t do as much DD on the people who would pay him… the actual clients.

Turns out retailers don’t give a shite about consumers… no joke.

He emailed me today to say:

The idea I gave to him whilst debating is now going to be his core business now.

The guy is obviously pissed, annoyed, stressed and ‘frustrated’ but he hasn’t skipped a beat. He saw what he was doing was not working and immediately decided to pivot. $500k blown and everything. He isn’t exactly sure if the pivot is going to work but he is fixated on trying to make the new thesis work. And that is what startup is about- building a better mousetrap. He’s not giving up. He found one way not to build a light bulb./

I just had a beer with an impressive founder that reached out to me as he worked with one of my startups in a coworking space in APAC who mentioned I lived in London now. I mean, if you have heard of ‘founder/product fit’ this guy is it. He is so uniquely qualified to solve this problem it’s crazy.

His pitch is incredible. He has it down. He has stats for everything. He has figured out crazy shite, signing up companies you would think would NEVER do what he is doing! One of the largest companies in the world reached out to ask how he did it. The guy is relentless. Everything he says is so smart.

But… he can’t get funded (yet). He is in an industry that most investors think, yeah, feck that. News every day is against the industry. People just can’t see past it. Will the guy quit? Feck no. He’s moving continent to try raise now. Would you do that?

There is a load of dubious questions you have about the industry, but it’s in an area that will never go away. The industry he is in is just fecked. There’s no reason he couldn’t be the Netflix of it.

Something a lot of founders get stuck with is that they don’t raise enough. He hasn’t raised much so you get the ‘do I do spend on marketing or product?’. He chose the product. He has a product with a 4.7 on the app store… but… here’s the issue.

So he has an amazing product, extensive top partnerships, but his traction isn’t large enough. He needs traction to overcome the objections of investors.

When you challenge conventions with people who feel burned by it, the only way to overcome is metrics. You need money to get metrics… FML

I have seen this many times. I know a founder in SG that had the same option and chose sales… He got the traction and then investors said his product wasn’t good enough. The struggle is real! I can remember one his rants about the F****** VCs and their irrational expectations. “I only got enough money to do sales or product, I chose sales and now my product isn’t’ good enough!” This is a real danger of raising an anemic amount of money which doesn’t get you to where you need to be to achieve the milestones for the next round of funding.

So back to the founder. I’m drinking beer with this guy and I’m like he is a baller. He tells me everything he has achieved and I’m like, wow. Then he says his metrics and I’m like, ummmm, you should be bigger. But he isn’t bigger as he doesn’t have marketing spend.

This guy is a mother fecking cockroach though. He is not going to quit.

He mentioned some VCs he reached out to and he got a pass. A lot just read his deck and think to feck this industry and don’t even talk to him (In this case, it’s an exception!). I normally tell people to send deck first and screw the ‘I just need to get in the room thing.’ This is the first exception. VCs hate the industry, but if you meet the guy… he really has a shot. My advice is he has to get in a room to pitch. That’s not easy, but I’m going to ping some friends and tell them they need to meet him and reserve their reservations till after. I would rarely say that, but there are always exceptions.

This is a weird post. I don’t know that I have real learnings for you, I don’t have some BS point to sell either. I just happened to have some amazing, dedicated founders talk to me this week and share their story and I am in awe of their commitment.

So, if you are a founder, you should know the shite you are going through is normal. You can find a way through. It will always be hard, but it’s worth it.

You don’t get rich and famous by doing the things normal people do.

I respect you for what you are doing. Keep doing it even though you get depressed and lonely.

On that. I get a lot of founders who after reading my emails for months say to me that I’m like a virtual friend for a lonely founder going through this with them. The point I am making is that there is a shite tonne of lonely founders all around the world that are lonely. You aren’t alone in this and don’t be ashamed.

You are not alone.

You will be alone in your ability to buy a small island when it works out. We do the things now that others won’t, so we can live like others can’t in the future.

I’d love you to share your story of dealing with adversity in the comments so other founders can grok you together. If you have a story to share and would like to do a youtube/podcast, reach out to me! I really want to help founders understand what other founders are going through and learn from one another.