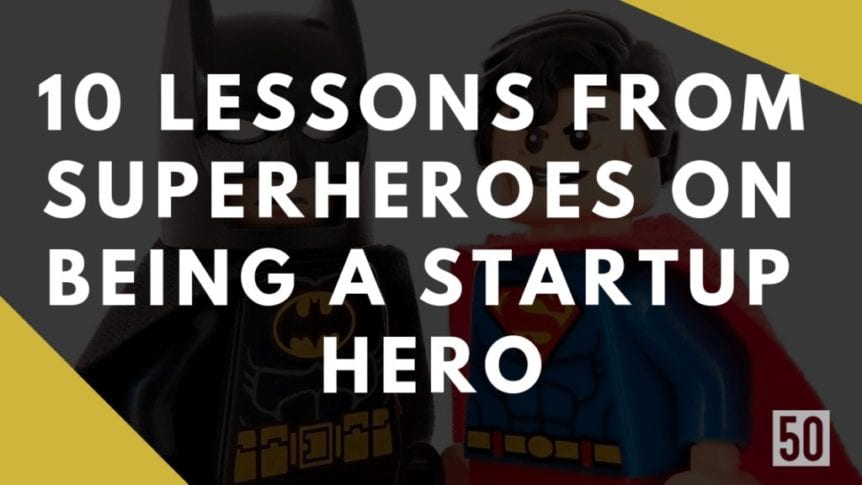 Tl;dr: 10 learnings from superheroes to be a startup hero yourself like never give up, get the job done, be the best and be clear on your purpose.

Want a super huge exit? Don’t act like you don’t. I know you do.

Well, you will need to do superhuman things to achieve such an accomplishment. Why not hire superheroes and treat them as such then?

Jason Nazar, Co-Founder and CEO of Docstoc loves comic books, he’s a ‘superhero fanatic’. Like… seriously. He goes to bed dreaming about superheroes and spends 3 hours on the weekend watching the cartoon network. In 2008, Jason gave a 6 ½ minute talk wherein he shared ten lessons that emerging entrepreneurs can learn from superheroes.

“You know what, this is my company, I get to make the values whatever the bleep I want to make them, so I’m going to make my values about superheroes”

Every member of staff has to pick a superhero, which is then added to a huge mural on display in the company’s lobby. He says:

“You have to pick a superhero that you are, you have to tell everyone in the company and when you come to work every day you have to pretend you are that superhero”

It’s a pretty smart idea, actually. People aspire to be more than they are and having an avatar to live up to encourage people to act like they are.

You can watch his presentation here. It’s short.

Let’s get into the ten superhero lessons now. To be clear, all credit goes to Jason for the images. I’ve added my thoughts around the points he makes.

Superheroes never give up

Like Batman, you have to keep pressing on to the very last breath. Challenges are overcome by wholeheartedly committing to unrelenting persistence.

Everyone loves Batman. He could be any one of us (if we had a billion or ten) if we had the same conviction.

Batman doesn’t have a single superpower, but he never gives up. He almost defeated Superman, who literally and figuratively is super. He has the strongest mind and is the most persistent human on the planet, regardless of the lack of magical powers.

Founders need to never give up. 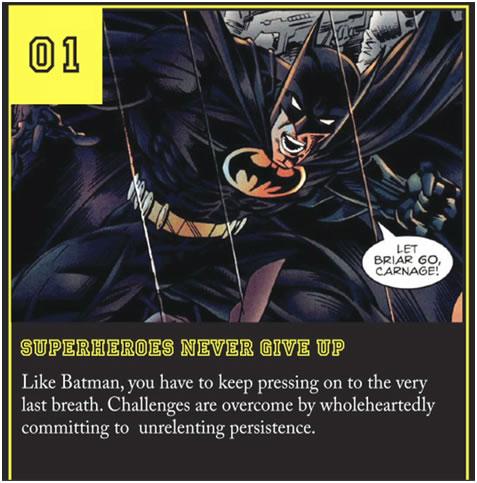 Superheroes always get the job done

There are no excuses if you don’t save the girl from the burning house. There are just results, not reasons, you either save the day or you don’t. Grey area is for Kafka not comic hereos.

I love Spiderman. Despite being a kid, he gets things done. You ever see him fail? Nope. There is no “almost saved Mary Jane from the burning building” or even “darn, my web missed the building and it’s a long way down“… whoops.

Do or do not, there is not try. There’s no I almost got something done.

I got shit from a peer once, he said “stop trying to do so many things. Pick something and finish it“.

Get a job done. 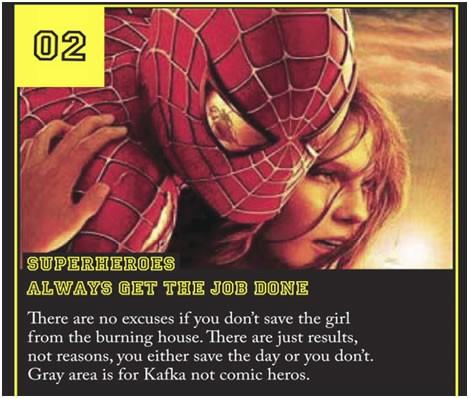 Superheroes are the best at what they do

Flash is the fastest and we all know it. If you’re the back end developer, you are the best developer in the world, and everyone on your team knows it. Let great talent excel in areas where their superpowers are most needed.

You need great people to build a great startup. I love the notion of a ‘bozo explosion’, coined by Jobs. A hires A, B hires C and so on. Hire great people, the best you can get. I know you won’t be able to get the best at the start but try hard. It matters.

If you hire someone in customer service person, a VP of marketing, a lead eng, you hire that person as they are the best at what they do. Even if they aren’t, or if they are, you want to manipulate them into believing they are.

Manipulate staff into believing they are the best.

When you have the best, get the hell out of their way and let them be better than you. You can’t do everything yourself. Don’t try either. 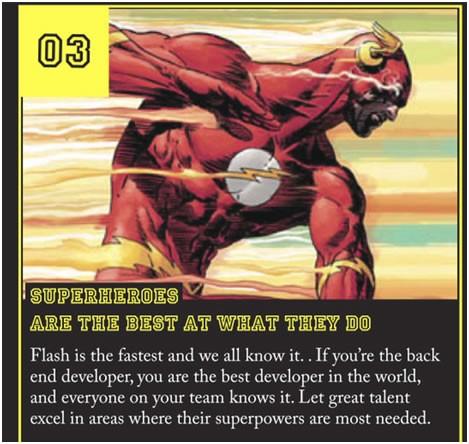 Superheroes are crystal clear of their purpose

Captain Marvel may be a cheeseball, but he knows what he stands for. Startups die when they are not clear on their mission.

Captain Marvel may be a ten-year-old kid, what he can achieve by yelling ‘Shazam’ may be cheesy, but he knows what his purpose is: ‘I defend good‘.

As a leader, you need to be crystal clear of where you are going, and why what you are doing now is going to help you to get there.

There is no such thing as over-communication. But it starts with knowing what to communicate. From the moment you begin hiring you need to be communicating your mission and values. You should drill them into managers, who should keep doing the same to all staff. 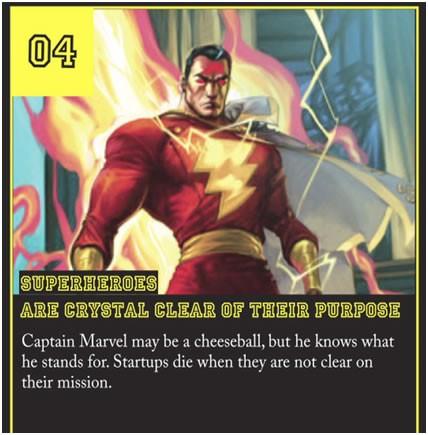 Superheroes are NOT flawless

Superheros have flaws, every member of your team will also. The goal is not perfection, it’s the pursuit of perfection.

I look for and hire people for potential. Sure, I love super amazing people that know it all already, only most can’t afford them. The best value is in people who have a high slope, not just where they are on the y and x axis.

You want to hire people who are not perfect but are constantly striving for perfection. you want people who see a process and say “that’s not good enough, I need to fix it“. Who wants someone who knows better, but doesn’t do something about it?

Hire and retain people who strive for more. 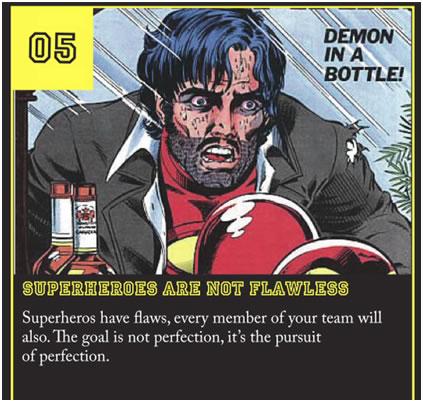 Superheroes do not seek glory… but they get it anyway

Don’t do it because you want the attention. If you do it right, you’ll get it anyway

No one likes nor respects people with ego. We may be living in an Insta-fame world where vapid people seek wealth and glory by being a twat. I respect people who work hard and make the world more awesome.

Zuck, Gates, Jobs, Buffett… name some billionaire that has done something worth talking about. They’re all mainly introverts that don’t seek the limelight. Ironically, they are the most well-known folks about. Why? Because they did something amazing.

You see any of them with an Instagram getting on a private jet?

You see them with their ‘humble brags’ about #blessed to be speaking at some event?

You see them with their Forbes 30 under 30 plastered everywhere? God, I hate these people. 95% of them are pointless.

If you do something important, you don’t need to beat your chest to get the glory, it will come to you.

People sing stories about heroes for generations not because you pay them, but because they want to.

If you want glory, just work hard and you’ll deserve it. 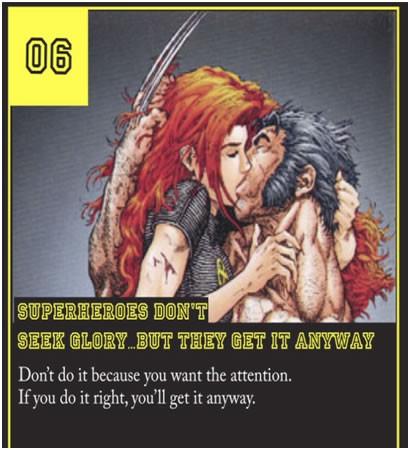 Superheroes help people by solving problems. Startups should be obsessed NOT with themselves, but with how they are going to help other people and solve their issues.

Your goal is not how much money you make, it is how many people you can help. That’s what superheroes think about all day and it is what you need to think of as leaders. There is a correlation between the number of people you help and the amount of success that you have

A key reason startups fail is that they simply are not solving a painful enough problem. You will never be a large company if only a handful of people have a problem.

The way to solve a problem is to know it in detail and everything about your customer. Customers want a solution to their problem, not what you feel like building.

If you are obsessed about your customer, you will see it from a low churn rate and a high NPS (over 50). 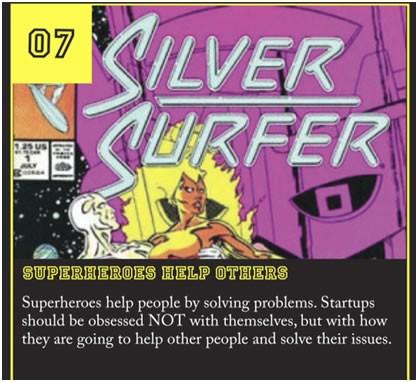 You always have to have each other’s back. It’s you vs. the world and bringing together your own team of superheroes, and the mutual respect, loyalty, and camaraderie of that team is vital.

You simply can’t do everything yourself. It doesn’t matter how talented or hard-working you are, you can do more in teams. You are powerful because of the team you build around you.

Recruiting is a massive pain in the bum, but it really is critical. You need to hire great people to make a great startup- what else is a great startup?

If you manage to get great people, you need to delegate authority and responsibility to them and get the hell out of their way.

Do not forget about your startup culture. Like it or not you will have one. Make it a super one. 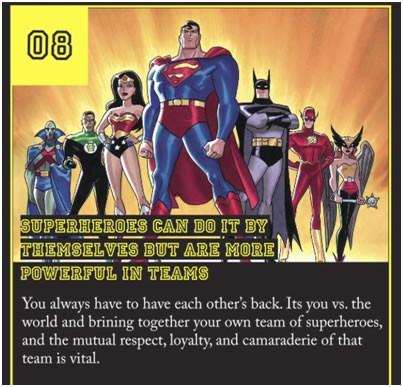 No matter how super you think you are, you’re strength comes from your character not your talent. Be courageous, be respectful, be honorable, be selfless.

I wrote about A reputation comes at a cost, and should. It is written for investors, but it applies to founders too. You should check out the story from Heidi Roizen, Operating Partner at DFJ about a case when she was a founder and water damage from a faulty sprinkler damaged worthless paper in a store room. The takeaway of it is here if you are lazy:

Why did we forego the easy money?

Because, if you lie about anything in front of your team, what does it say to them about how they should behave when faced with their own dilemmas?

To me, it says, lying is okay. Go ahead and steal a hard drive if you need one for your personal use.  And take your friends out to dinner and charge it as a business expense for a client who wasn’t even in town.  We cheat, so you can too.

We did not want to run a company where cheating was a way of business.  So we told the truth.

Staff follows the leader. If you have poor character, so will your staff. 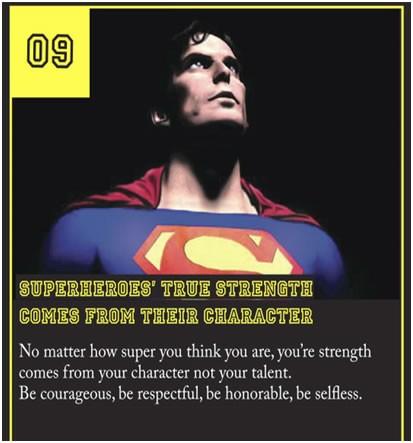 We are at the last point now. We started this blog by admitting that you want to have an exit and a large one at that. Exits are not common, they are a huge feat to achieve. If you’re a little less mercenary and you want to change the world, good for you. It’s ok to want both 😉 Either way it’s going to take a hell of a lot of effort. You are going to have to commit and be resilient in the years to come. 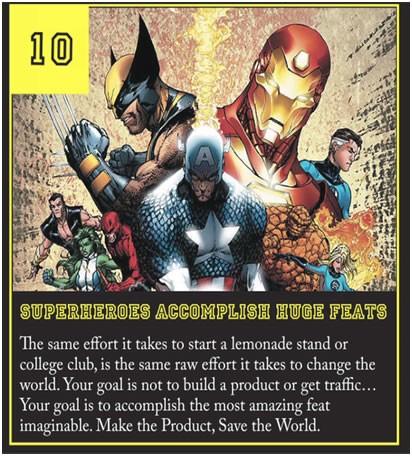 What was your favorite learning on being a startup hero? Let me know!