Let me give you the no BS founder perspective.

You’ve a total misunderstanding of how the world works. Don’t spend time on any of this, especially till you understand the commercial aspect.

They’re only as defensible as your legal budget.

Say I infringe on your patent, what are you going to do now? Cry? Boo hoo. It’s going to cost a couple of hundred just to send me a cease and desist letter. Think about it?

You also likely can’t afford to make patents. You can do them yourself, but I don’t know how to do them. You need to hire patent lawyers which aren’t cheap.

Your idea isn’t worth anything till you make it valuable through execution.

Only if you make something worth something should you think (maybe) about patents.

VCs don’t really care about patents. All they imply is that you’ve built tech worth patenting. You don’t get funded because you have them.

You can register a business name, you can’t patent it.

You can’t patent an idea.

You can patent a process, innovation etc.

Patents also explain to everyone how you do something.

I was venture building a bioprinting startup and the founder (who is now dead, sadly) loved patents! She said it explained how they did things, she could now reverse engineer what they did and find a way around them. She would have hated if the company stopped patenting things (to help her).

Ultimately the only defensible thing in business is being better, bigger, and faster than the competition.

Finally, get over the ‘ideas’ thing. You can only work on one.

There is sort of a joke on Quora with Top Writers as we keep getting asked about ideas for startups.

We all basically just started pasting this image: 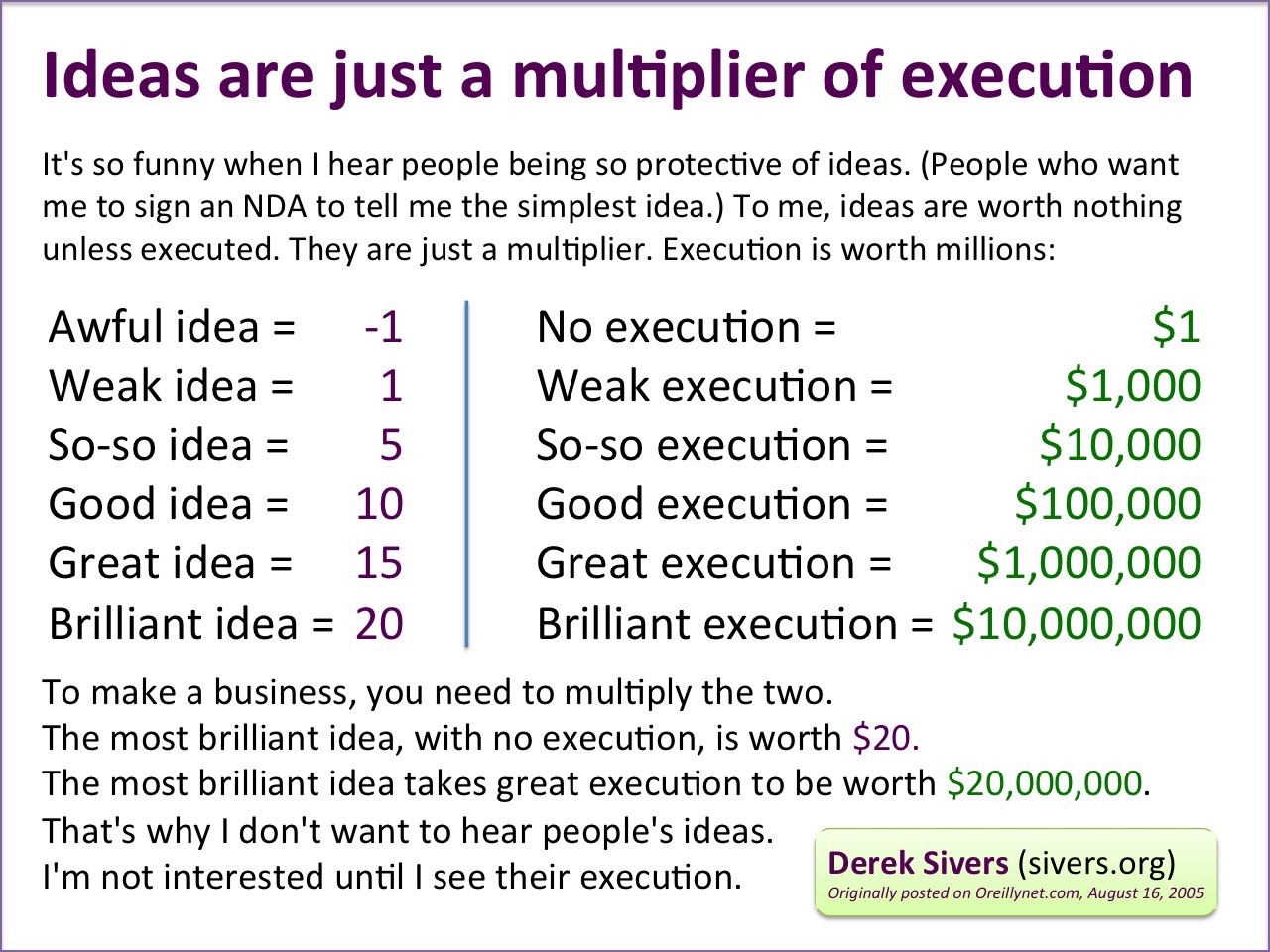