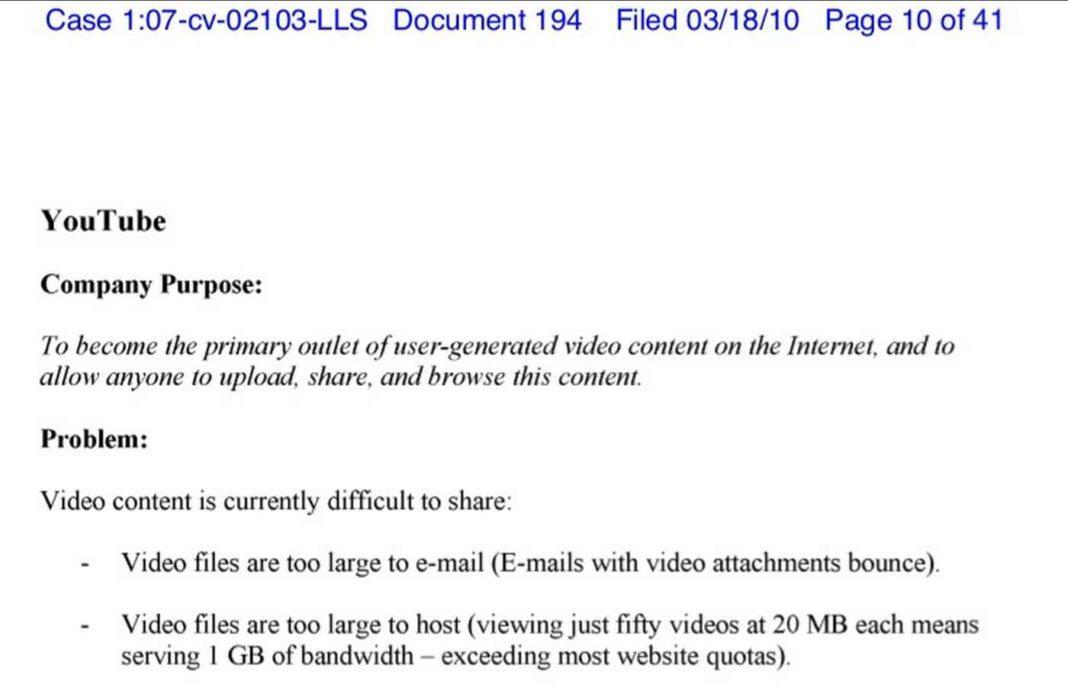 If you want to see an investment memo from a VC, this is arguably the only one you will see publicly. That’s because it was released in a legal filing.

It’s the rationale for Sequoia to invest in YouTube.

In 2005, Roelof Botha from Sequoia wrote an investment memo proposing to the investment committee (IC) that they invest in the seed round of a video company. That company was YouTube. Here is the YouTube investment memo by Sequoia

The partners agreed to invest $1 million which was then followed by a $4 million Series A. Google’s acquired YouTube a year later for $1.65 billion, netting Sequoia $500m- 57x its total investment. Not bad.

It would be pretty interesting to read that memo, right?

During a 2010 court case of Viacom vs. Youtube (Google) case, Roelof had to disclose his investment memorandum as part of his testimony. Yay!

There is a detailed write up about the memo here. I’m not going to do the work when someone smarter than me has already done it ;).

If you want to see the pitch deck and some further information, head over to this blog.