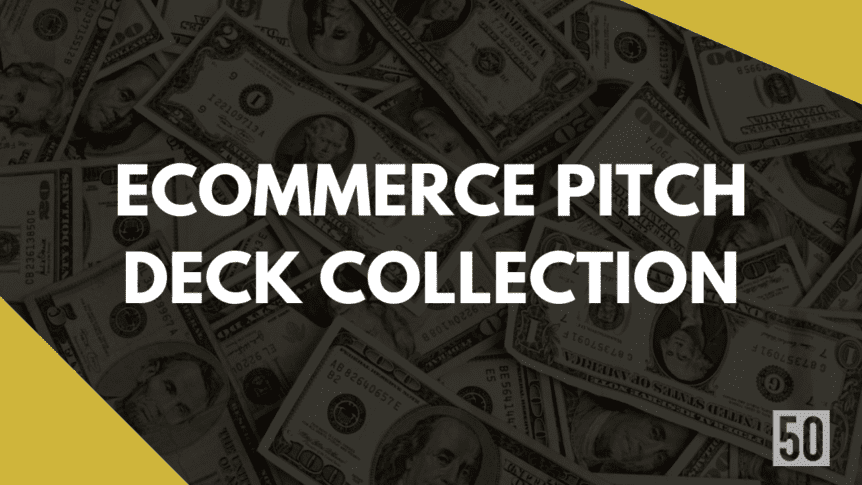 Do you need to write an ecommerce pitch deck for your startup fundraise? Wondering what the decks look like? Here are all the ecommerce decks available online you should be taking notes from.

There are 21 decks publicly available.

This is the ScriptDash, now called Alto, pitch deck to raise their seed round in 2015. The amount was not disclosed.

Alto is a digital pharmacy company that offers doctors and clinics an easier back-end system to fill those prescriptions. Its platform helps doctors and pharmacies coordinate and communicate to each other easily. 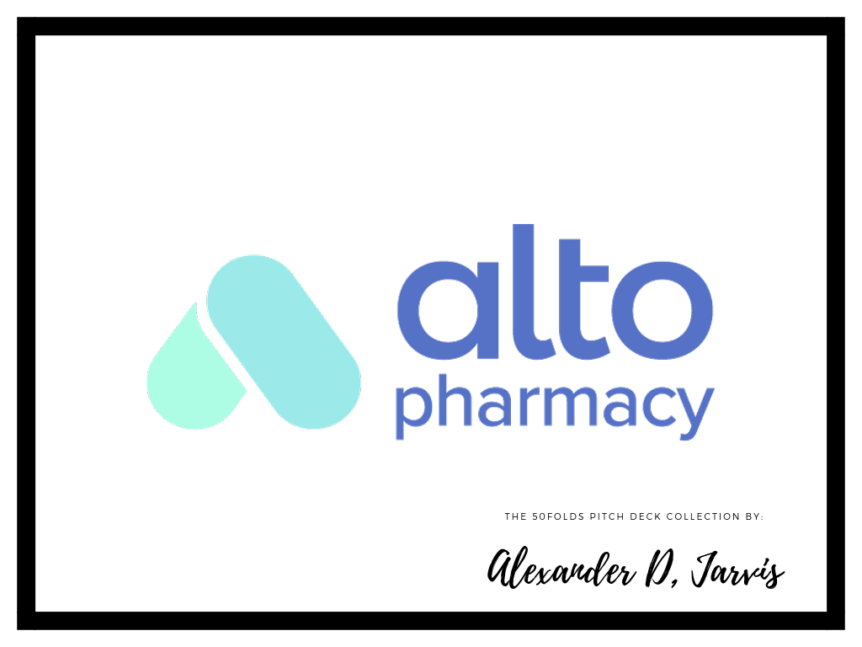 This is the Babylist pitch deck used to raise their $650k seed round from 500 Startups, Okapi Venture Capital, Chris Messina, Mike Greenfield and Altair Capital. They were founded in 2011.

Babylist is an online universal gift registry service for expectant parents that allows registration at both stores across the web and for service providers. 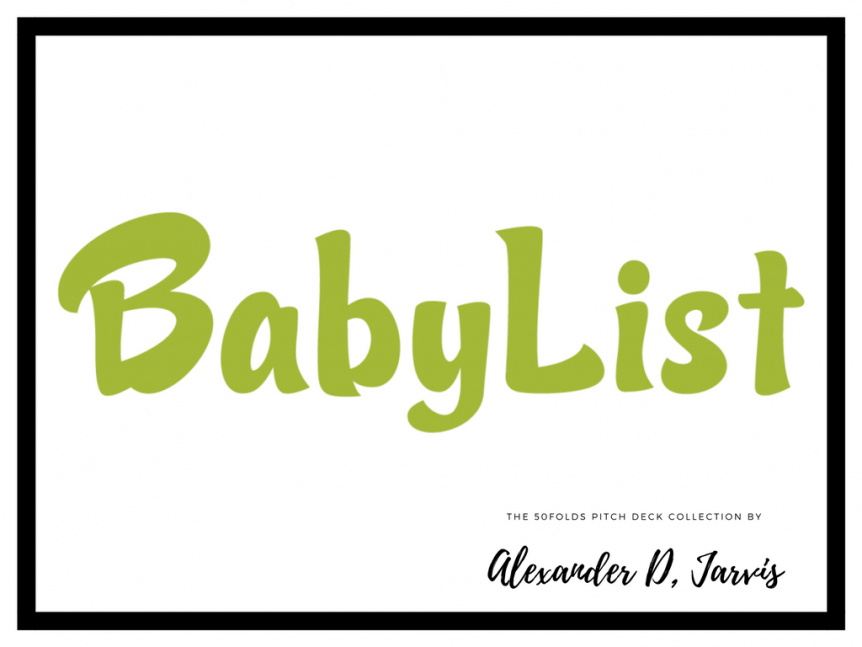 This is the BrightNest pitch deck used to raise a $950k seed round from 500 Startups Seed, OCA Ventures Seed, Pritzker Group, Quotidian Ventures and Techstars. They were acquired by Angieslist in 2013.

BrighNest is a free online resource that provides people with the tools, tips and motivation they need to keep their homes in great shape. 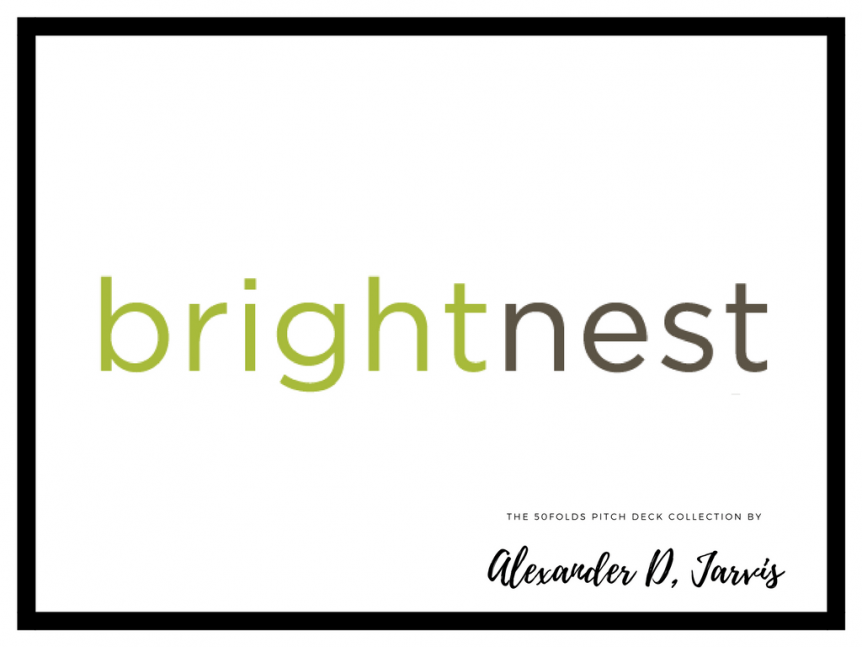 This is the Chewse pitch deck to raise seed capital investment. They raised to $14.6M in 6 Rounds from 19 Investors.

Chewse is a virtual meal manager for the 700,000+ enterprise customers feeding employees today in the US. Ordering food for offices is currently broken, and catering is a $55B industry in growth mode. No one focuses on the unique challenges for ordering group meals at home or in office. 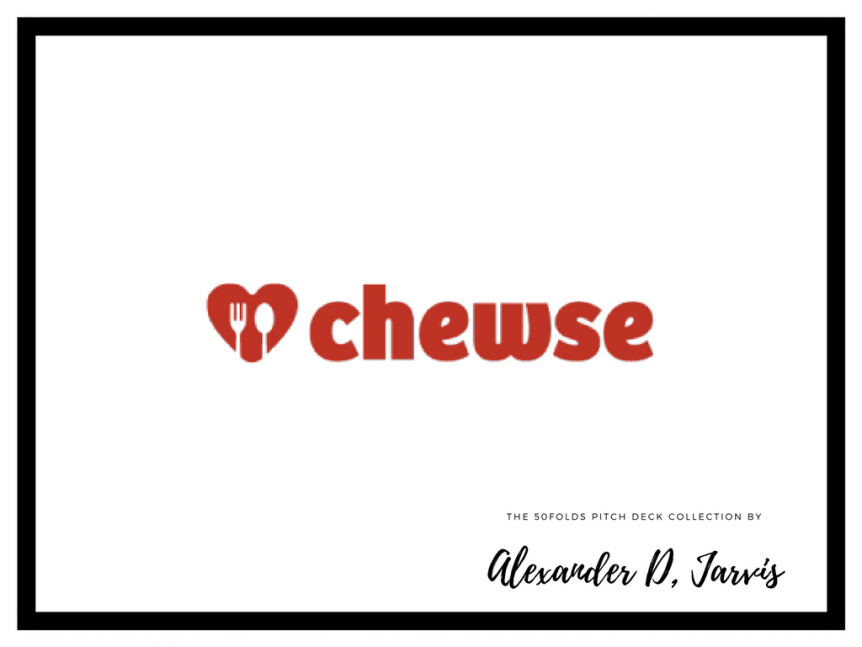 This is the Daily Hundred pitch deck to raise their seed round from investors. The Daily Hundred’s mission is to change the DNA of modern day marketing tactics and platforms by giving customers a powerful voice. 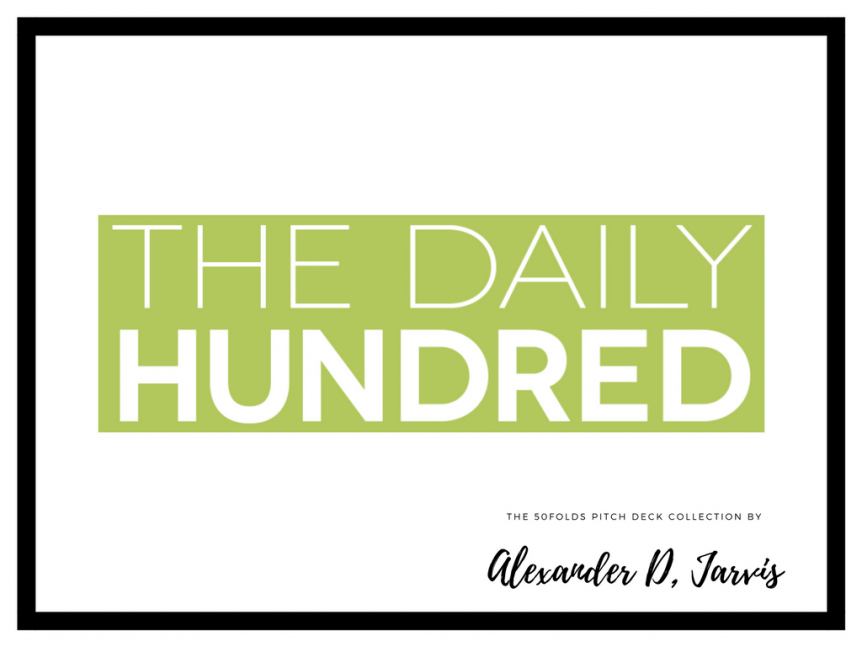 This is the Fynd pitch deck used to raise $500,000 in pre-Series A funding from Venture Catalysts. Fynd is an online retailer that sells a range of fashion items to its users. 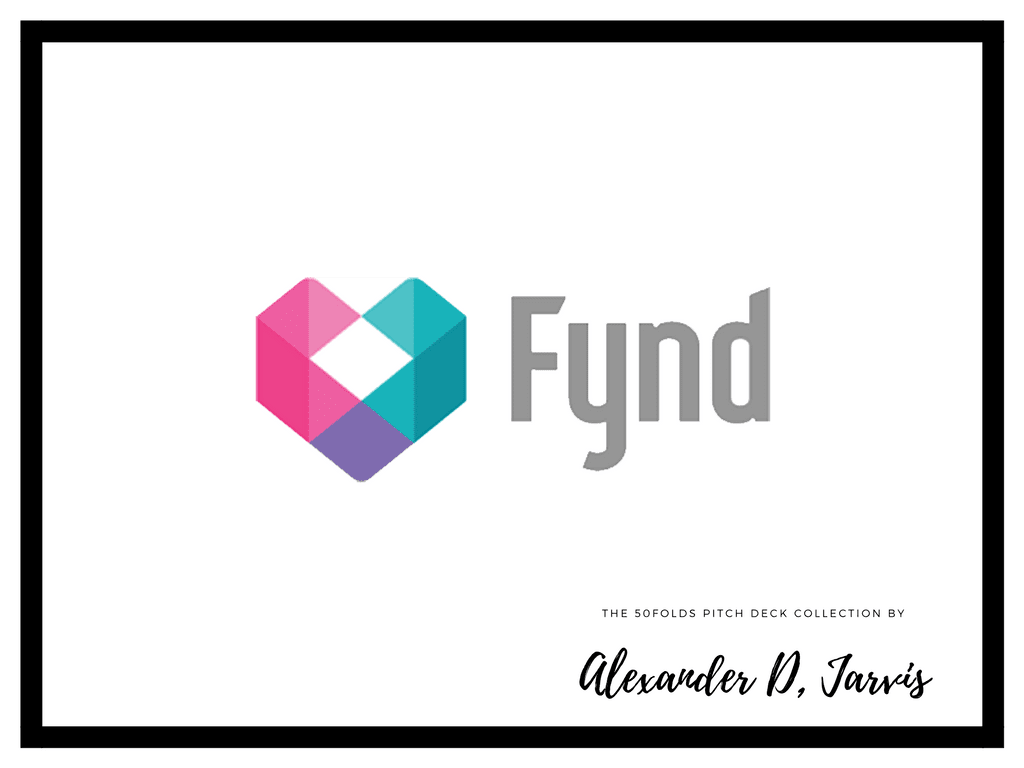 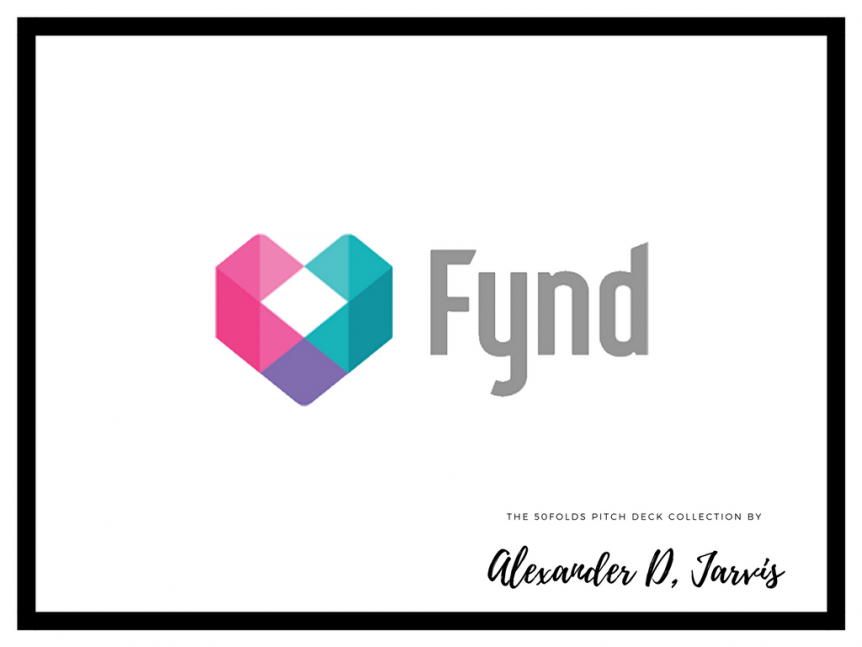 This is the Iconfinder pitch deck to raise a $1.5m seed round from VF Venture after graduating from 500 Startups. They were founded in Denmark in 2007.

Iconfinder delivers high-quality icons for web designers and developers in an easy and efficient way.

This is the growth-stage pitch deck for a bridal startup called XO Group, which owns market leading brand The Knot. The Knot provides a number of resources for couples looking to plan their weddings.

There’s not much information around, but it seems this is their Series-C pitch deck to raise $15m.

They exited to the Wedding Channel and went Public on Dec 2, 1999 trading on the NYSE under XOXO. 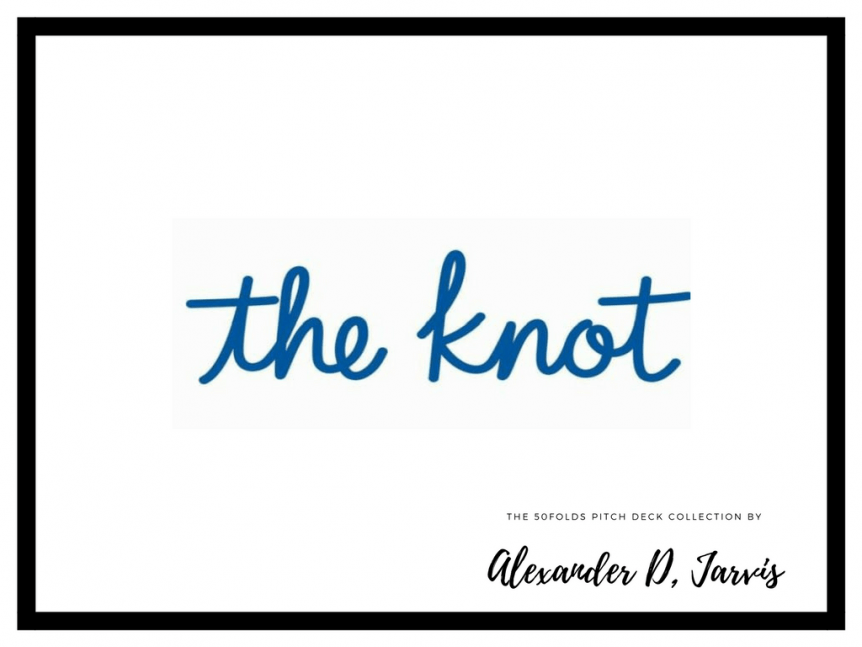 This is the Lastbite pitch deck to raise seed stage venture capital. Unfortunately, the company was only around for a year and there is very little information on it. This is one of the only decks listed for which I can’t confirm they raised funds.

Lastbite was a platform which connects cafe owners with unsold perishable goods with hungry locals looking for a cheap bite to eat. 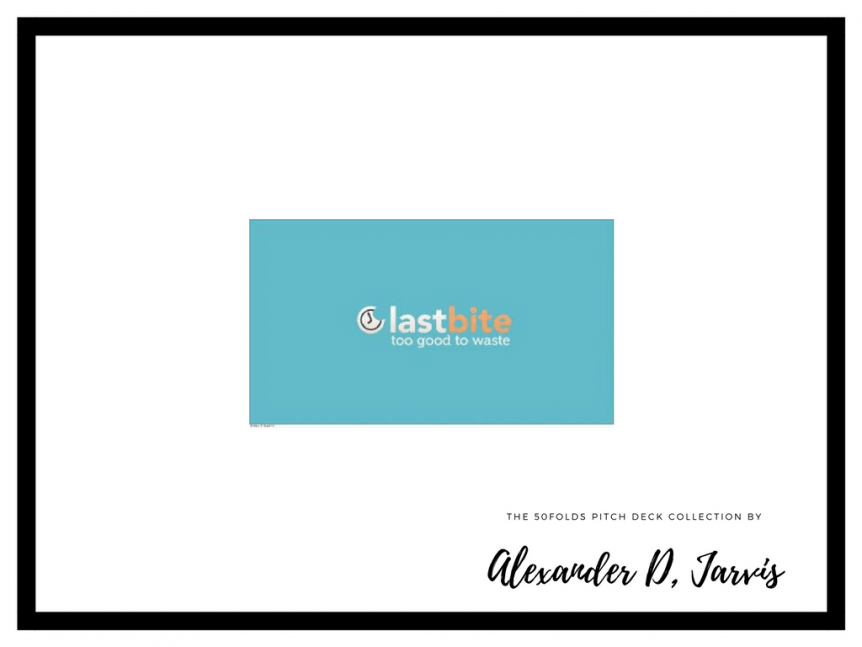 This is the pitch deck Love With Food used to raise their $1.4m seed capital investment from investors. Love With Food is a marketing and market research platform for CPG food

brands. They were founded in February, 2009. 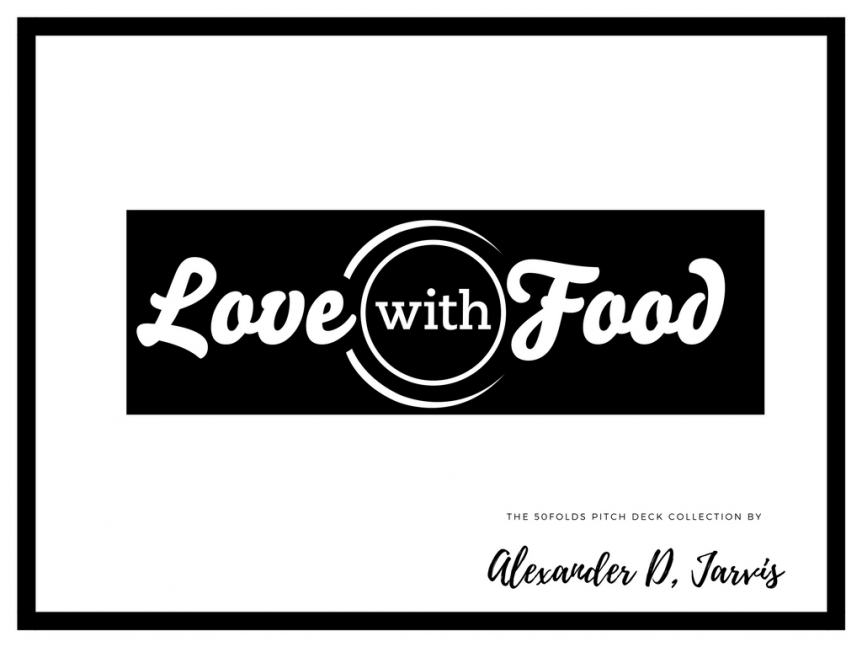 This is the Mandae pitch deck to raise their $200k seed round.

Mandae is a a São Paulo, Brazil-based logistics startup which raised in March-2014. They raised from Kima Ventures, Hans Hickler  and other angel investors. They ship stuff. They aren’t the first to come up with the idea, but the world is a big place. With this deck they were able to raise $200k. Now these guys are based in Brazil, being in an emerging market, raising $$ is not all that easy. It’s not a bad deck and they have shared their numbers/forecasts (which isn’t typical). 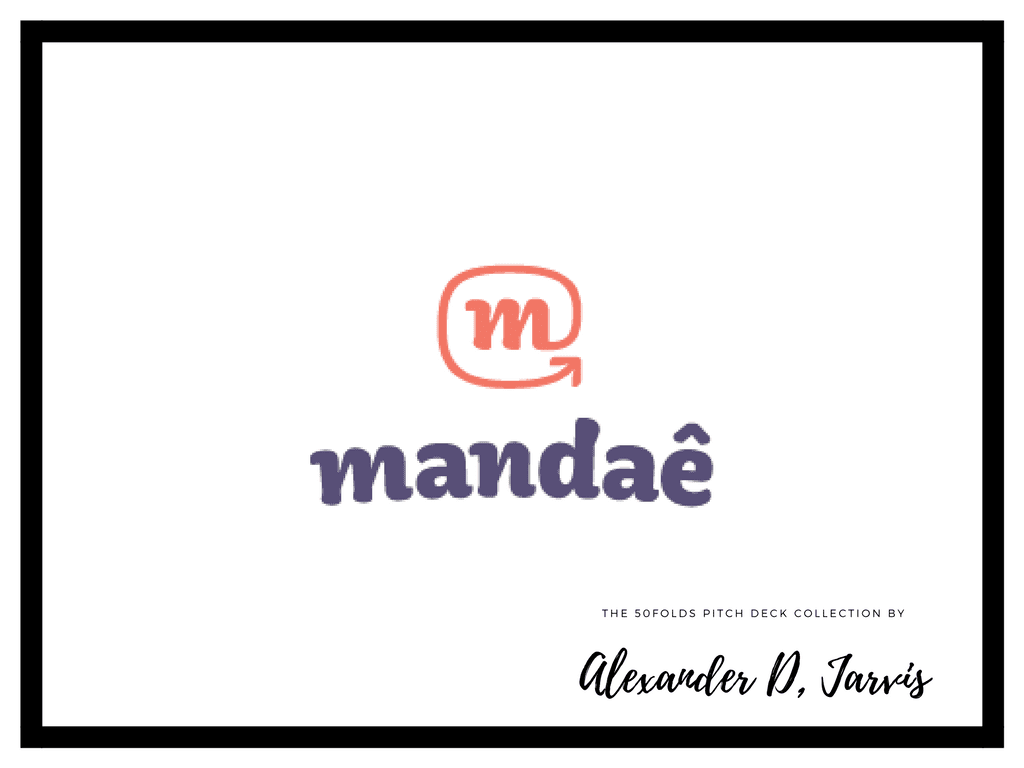 This is the Manpacks seed stage pitch deck they used to raise $500k from 500 Startups.

Manpacks has built a shopping experience to help guys buy things they hate to shop for in a simple, fast, and fun way. Like if Netflix and iTunes had a baby that sold underwear and condoms. 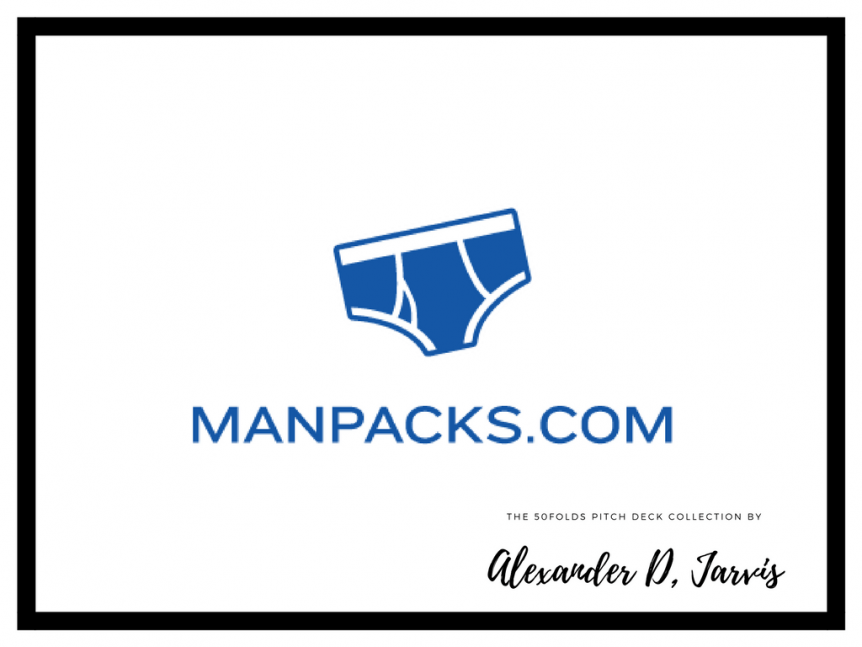 This is the Public Goods pitch deck to raise their $6m seed round in 2018. Public Goods was founded in 2015 as an online marketplace of over 100 products (from paper towels, to toothpaste, to food products like pasta or apple sauce) with one common brand to make healthy products affordable

There are a lot of companies doing the direct to consumer (D2C) thing. These guys think that’s an opportunity, but are thinking more broadly. 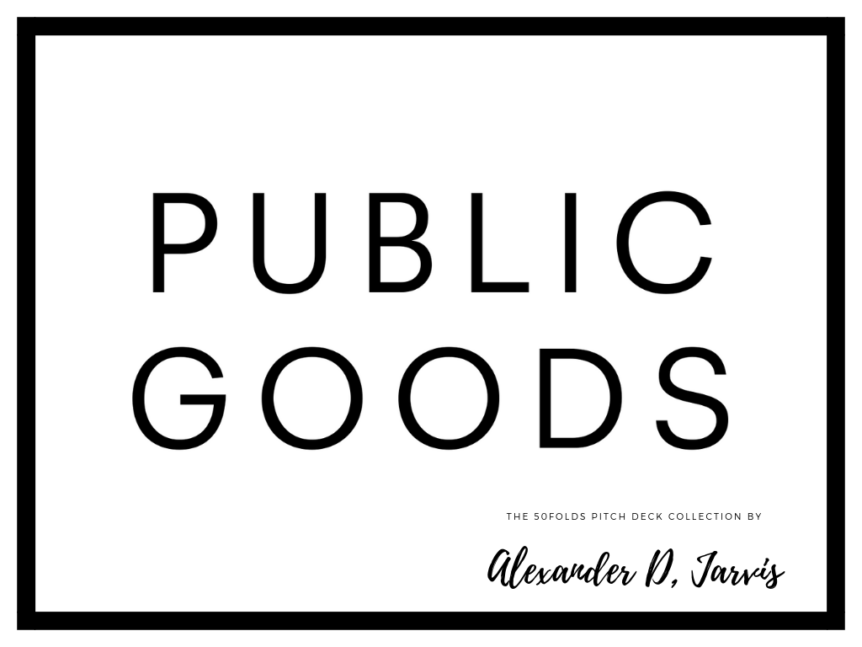 Here’s the deck Puptimize is using to raise their seed round. They’re raising a convertible debt of $980,000 at a $2.9m cap, a 20% discount and 3.25% interest rate. They previously raised $225k in their angel round. They shared the seed deck not the angel deck.

The deck follows a lot of best practice but regardless is generally frantic. Whilst there are some learnings of what to do, it’s a good example of doing too much. Fundamentally it appears that they are covering for what is not a great business model. Looking at the financials, it clearly not venture backable. 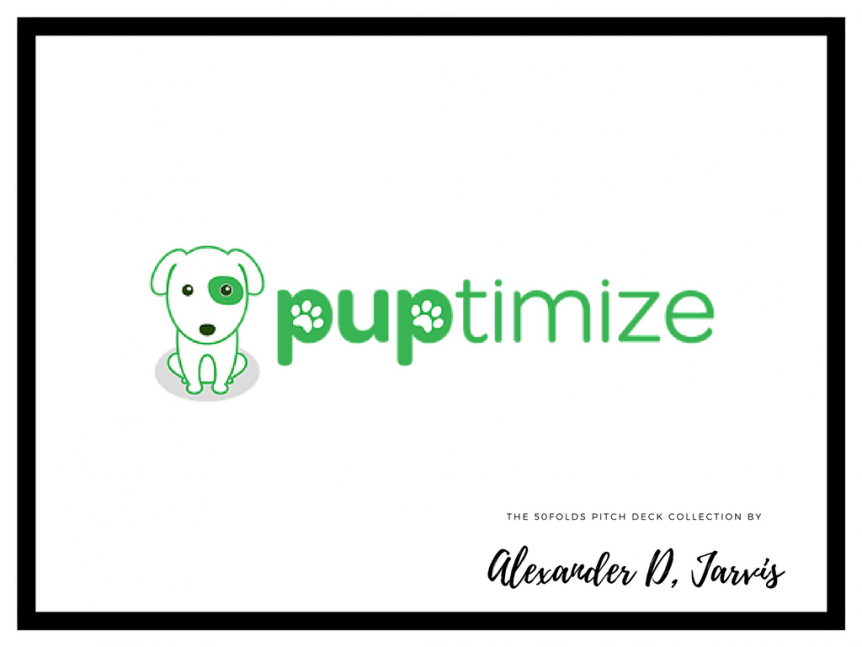 This is the pitch deck Oli Samwer used to raise growth capital investment from investors for Rocket Internet portfolio companies, such as Lazada and Zalora.

Rocket Internet is an internet platform that identifies and builds proven internet business models.  This is not a startup deck, per se, but it’s interesting reading. 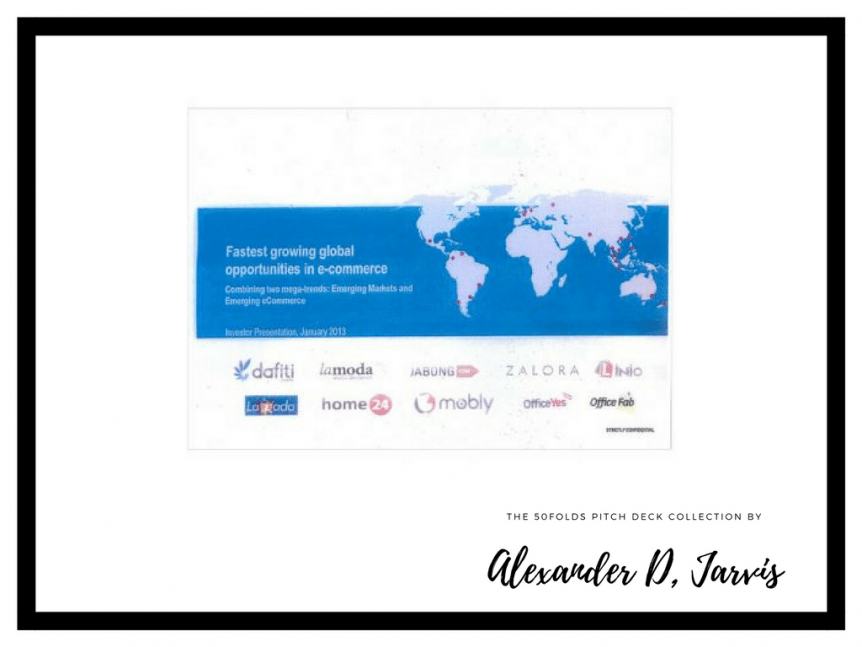 The Tealet pitch deck to raise their $240k seed round. 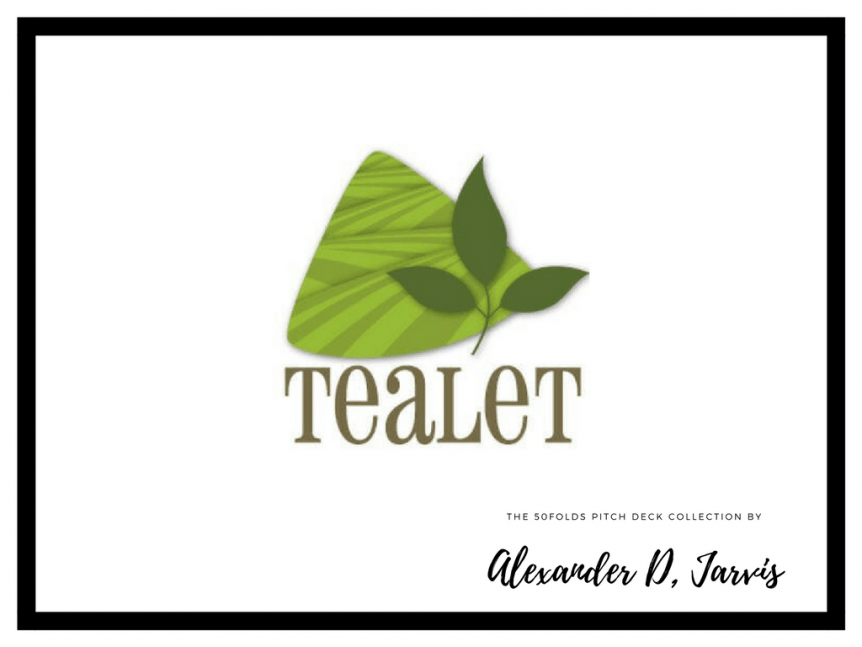 Urjakart is a business to business marketplace of its kind where you can buy directly from Indian manufacturers, suppliers, importers offering a wide range in tools, lights, construction supplies, electrical & industrial supplies. Urjakart is also one stop shop for business goods and supplies for retailers, professionals, contractors and SMEs. It was founded in 2013 with a goal and commitment to help organize supply chain of enterprises in India 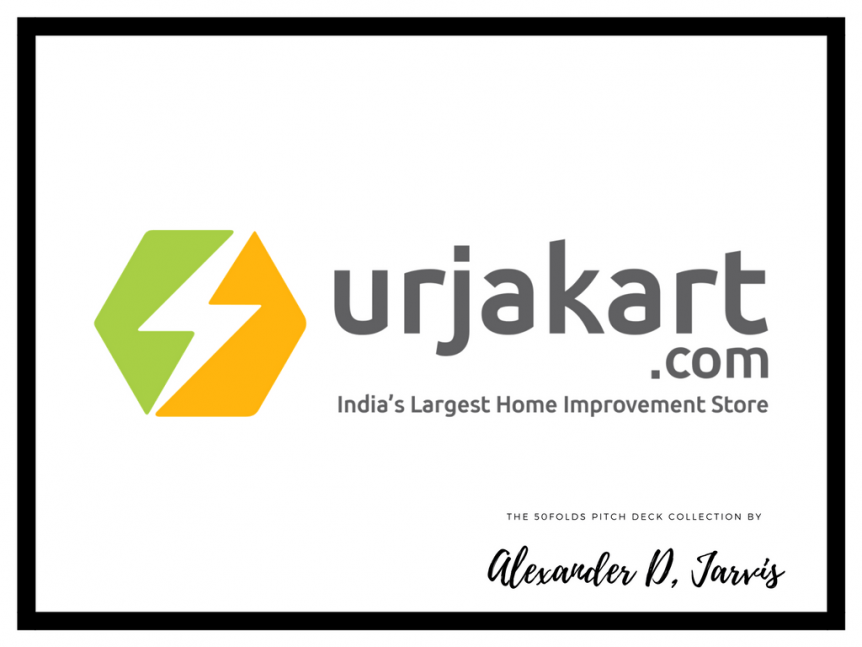 This is the WeddingLovely pitch deck used to raise and undisclosed seed round. They went through 500 Startups. 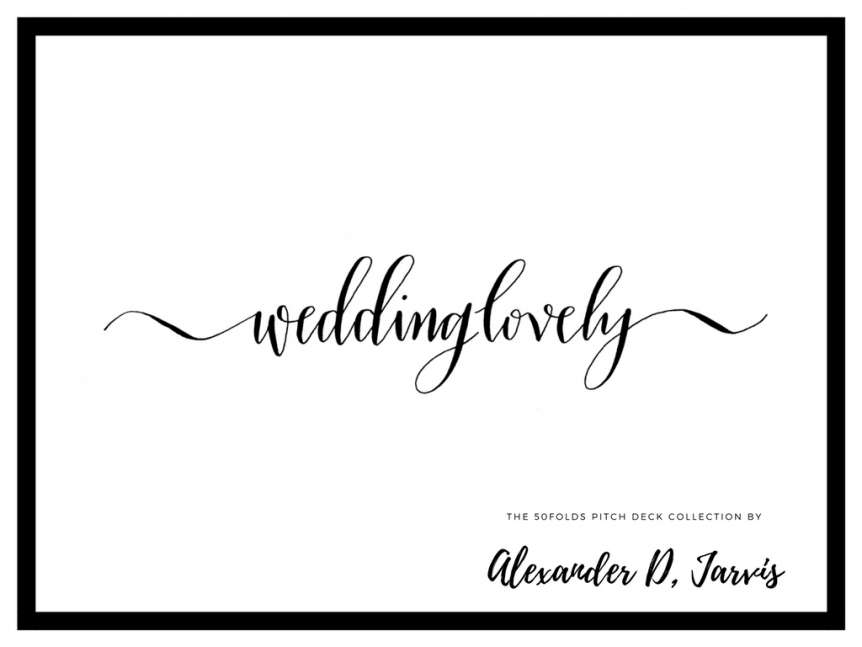 This is the seed-stageWunsch-Brautkleid pitch deck for a bridal startup in Germany. They raised $203.28k from Angels on August 26, 2013. 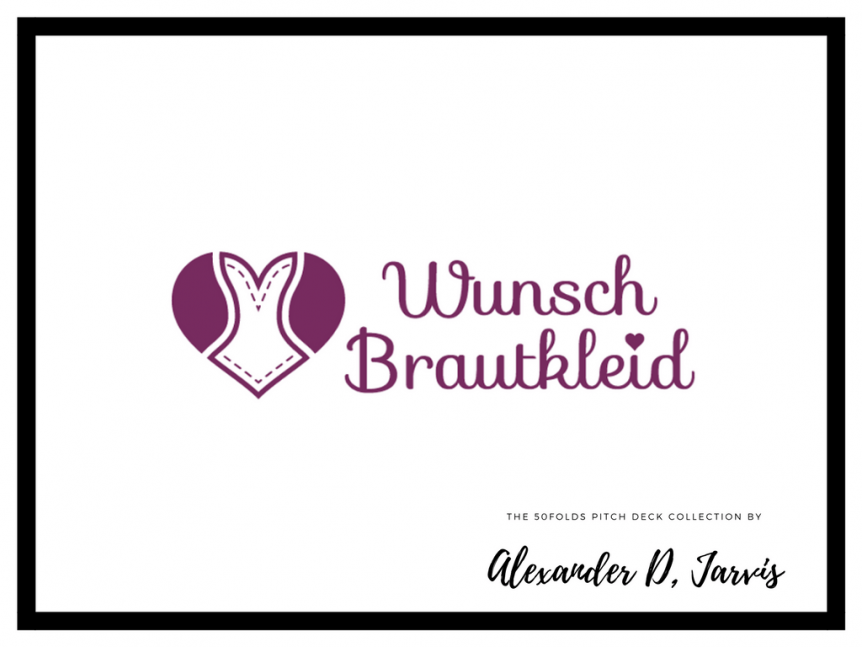 This is the Zestful pitch deck to raise their $1.2m seed round in 2019 lead by Bessemer Ventures. They raised before they had any customers.

Zestful is about giving your employees rewards to spend on all of their favourite things. 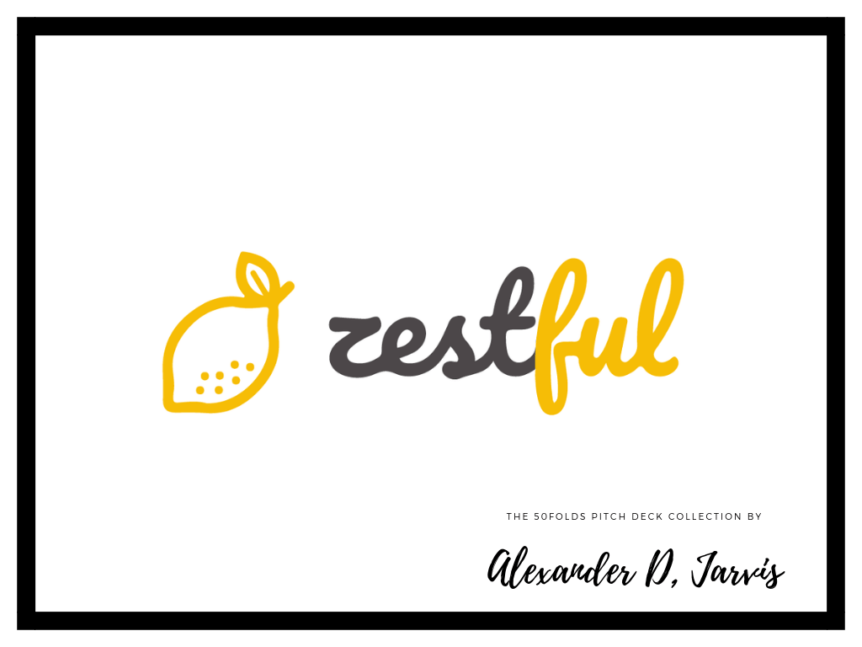